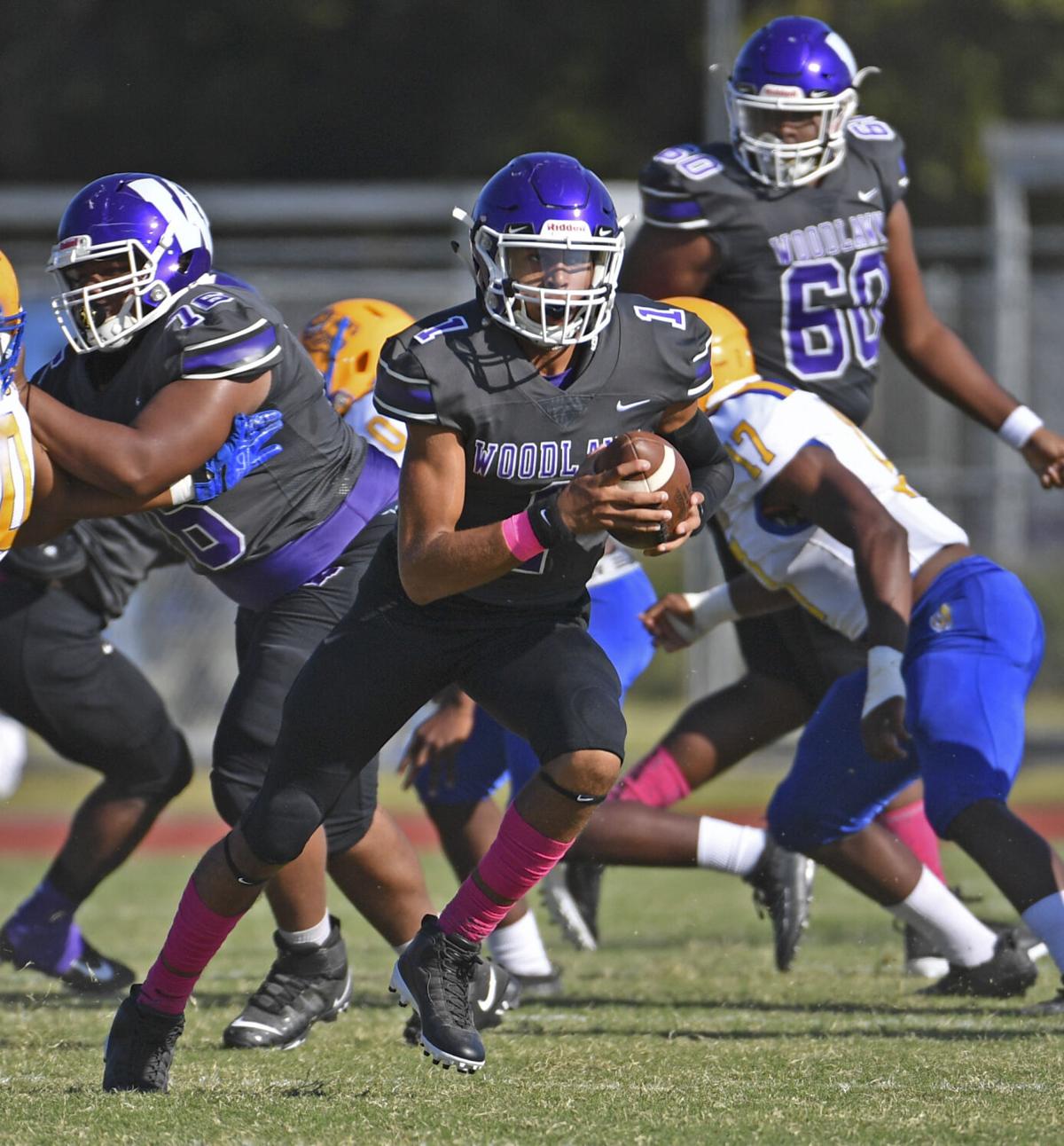 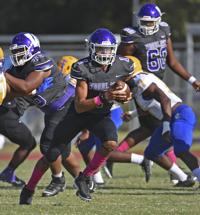 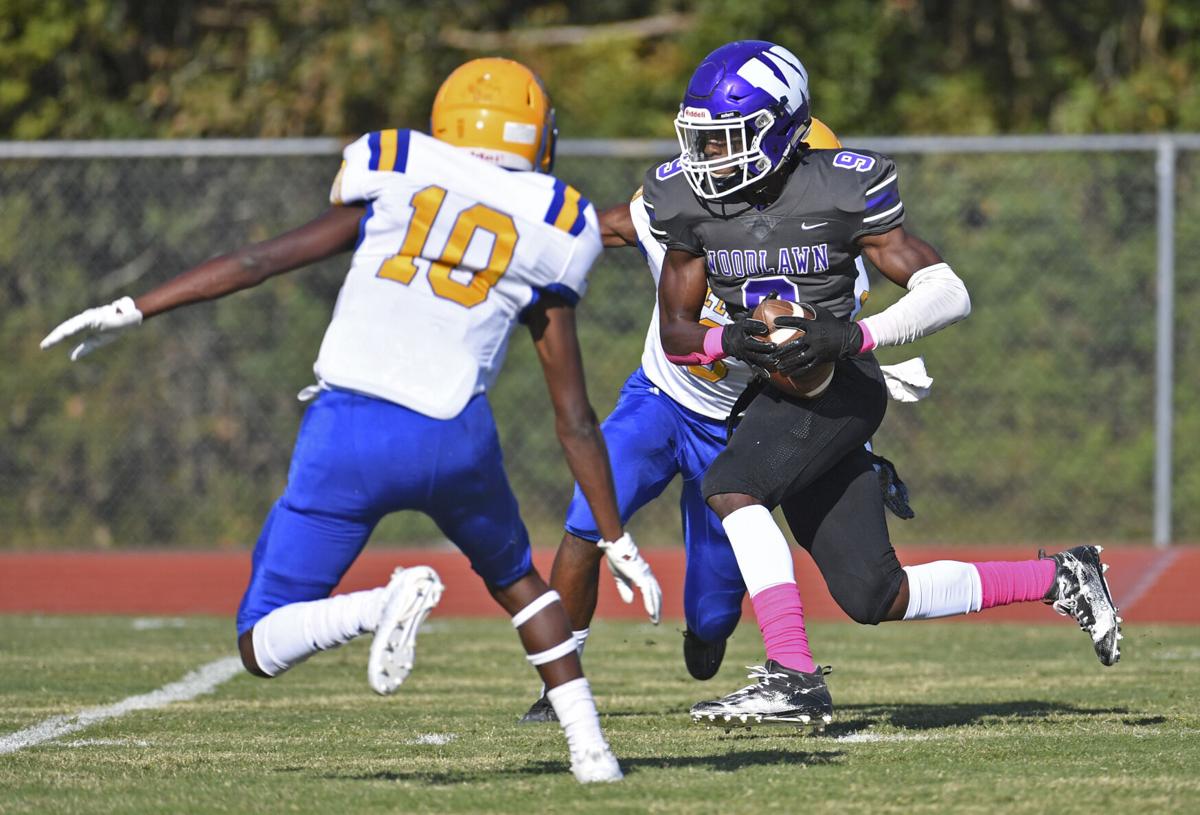 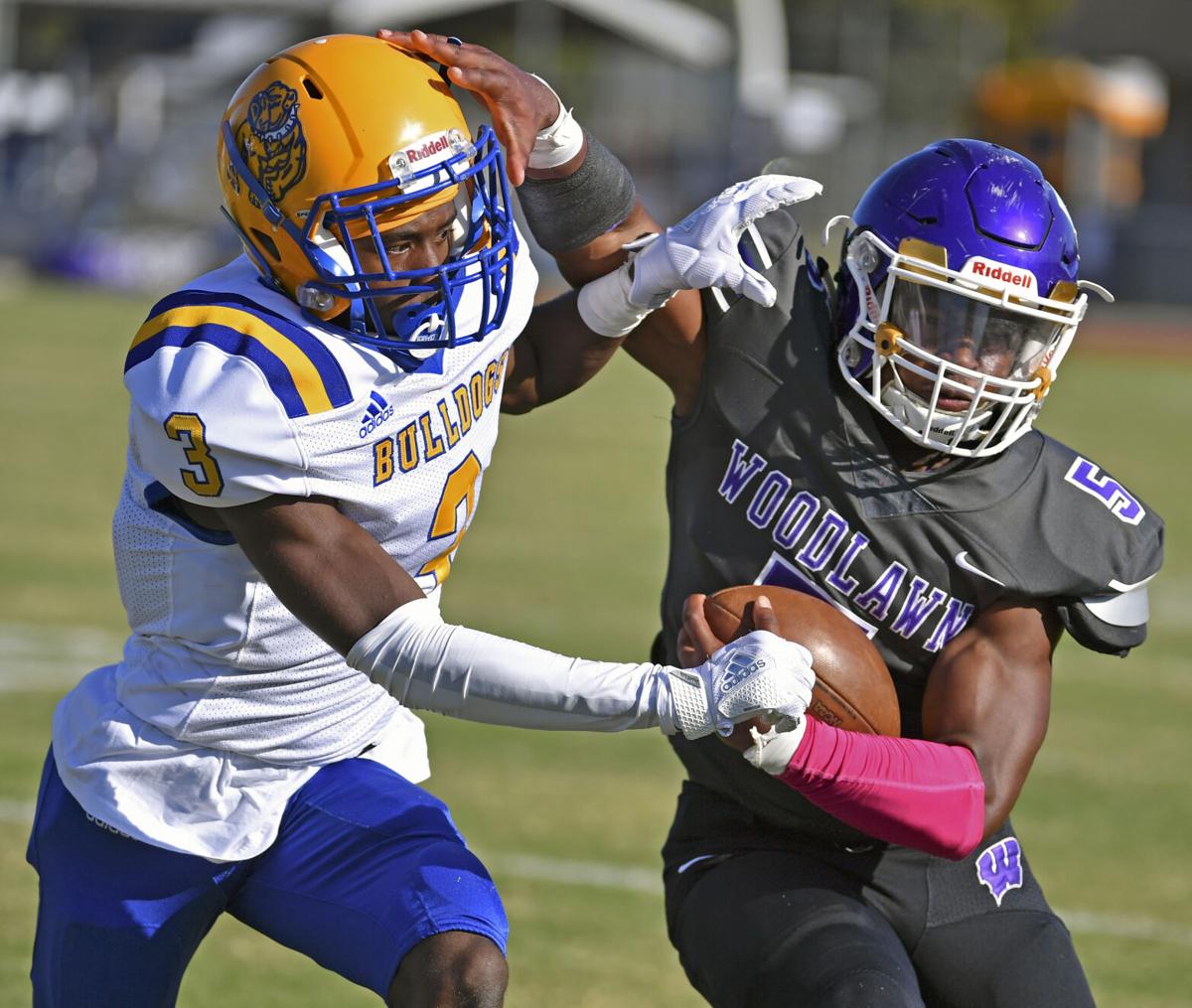 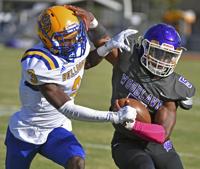 Woodlawn's Amani Givens (5) pushes back on Carroll's Kendrick Carter (3) as Carter forces Givens out of bounds on the carry, Saturday, October 17, 2020, at Woodlawn High School in Baton Rouge, La.

Woodlawn's Amani Givens (5) pushes back on Carroll's Kendrick Carter (3) as Carter forces Givens out of bounds on the carry, Saturday, October 17, 2020, at Woodlawn High School in Baton Rouge, La.

Marcus Randall had no idea what to expect from his Woodlawn High team that completed a 14-day COVID-19 quarantine.

“I was coming into it more like it was a scrimmage,” Randall said. “There were certain things I wanted to see on tape. Can we run this (play), can we do it?

“At the end of the game, we showed more of what we want to do and are capable of doing. Some people thought we should wait until next week to play, but with us starting district I did not want to do that.”

The game was the season opener for Woodlawn (0-1), which had its program shut down for two weeks about 24 hours from its season original opener.

With a District 5-5A game at unbeaten Dutchtown (3-0) on Thursday, the Panthers got a gauge for where they are. Scoring three fourth-quarter touchdowns was a bonus.

Carroll coach Alex Washington related a similar story. The Bulldogs (1-1) were wary of an open date before facing District 2-3A rival Richwood on Friday night.

“We needed this. I could not imagine playing that game next week without playing this one,” Washington said. “Woodlawn is talented and athletic. We both saw things to work on. We made a few more plays … that was the difference.”

Woodlawn's Rickie Collins threw a 38-yard TD pass to Jaylon Henry to open the scoring in the first quarter. But Malcolm Holmes caught a 34-yard scoring pass from Antonio Hollins and Markee Hatfield kicked the extra point to give the Bulldogs a 7-6 lead a short time later, completing the first-half scoring.

Randall was content to run certain plays before putting the ball in the hands of his sophomore quarterback Collins. When that happened in the fourth quarter, Carroll led 20-6.

Then the floodgates opened. Collins hit Lanard Harris in stride on a 49-yard scoring pass to make it a 20-12 with 9:46 remaining.

After a Carroll punt, Collins hooked up with Kyle Jones for a 59-yard TD play that cut Carroll’s lead to 2018 at the 7:28 mark.

The big-play sequence was a two-way street. Amareya Greely scored on a 50-yard run to make it 26-18 less than a minute later. Next came a 36-yard Collins to Amani Givens touchdown pass and a 38-yard scoring run by Carroll's Greely.

Woodlawn was poised to score again, but Holmes’ intercepted Collins and return the ball 70 yards before being tackled on  the game’s final play.

“On the sideline guys were down, but I told them at halftime we just needed to play and have fun,” Collins said. “It felt so unreal just to play. We’re really back.”