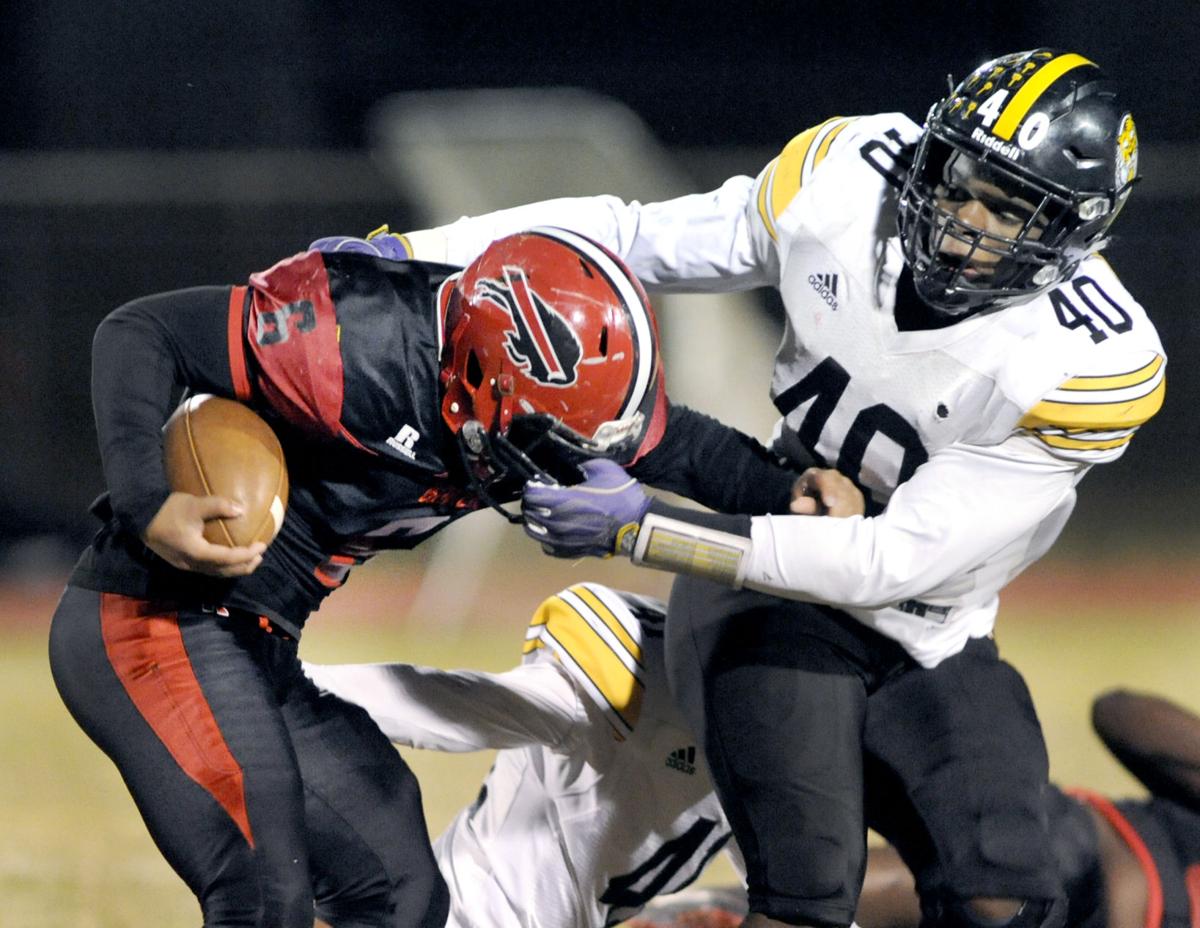 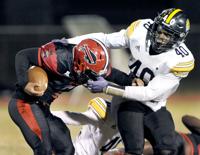 University High's Micah Davey gets away with a facemask as he brings down Baker High running back Kiley Clifton on Friday night at Baker High. 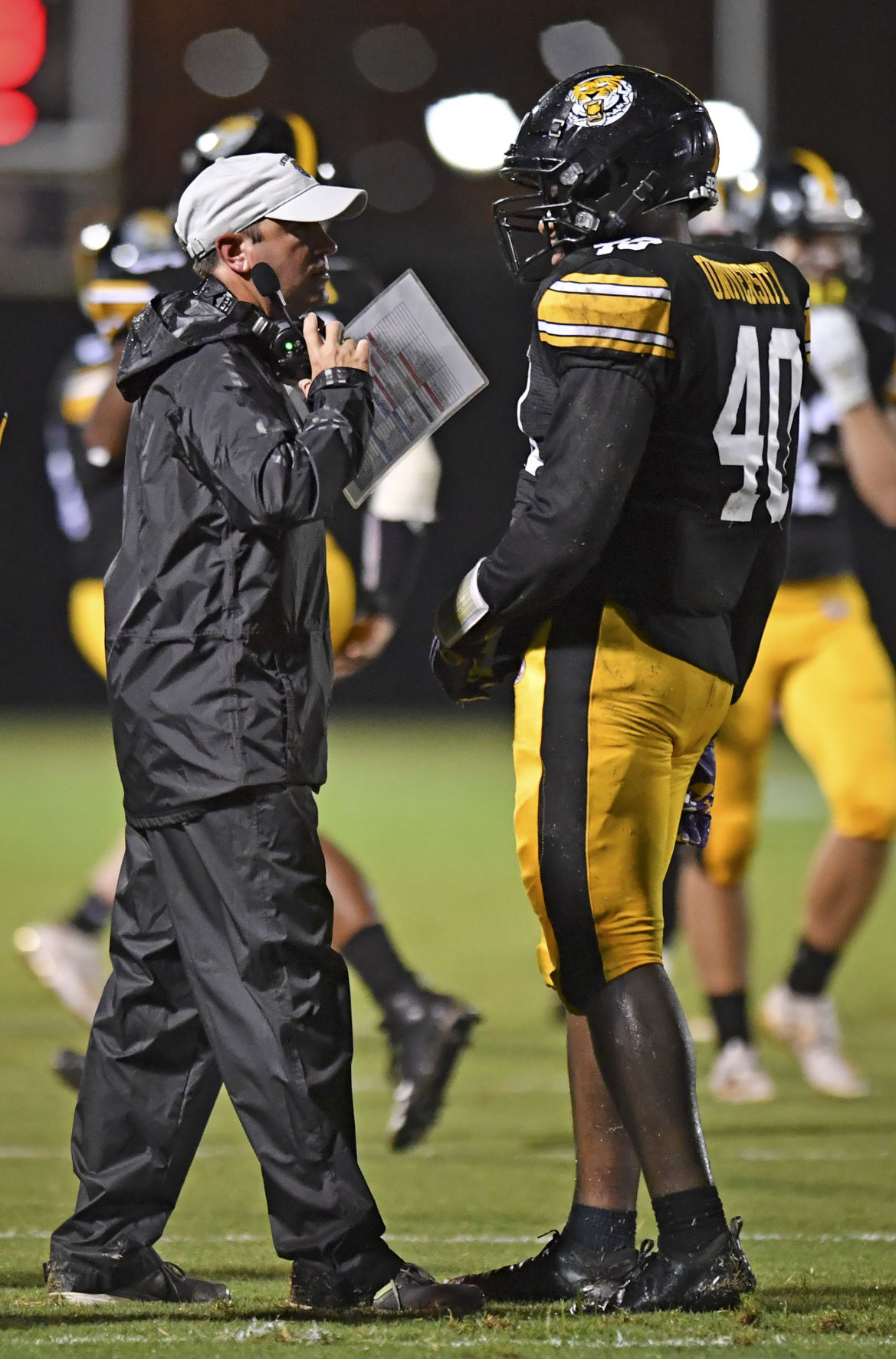 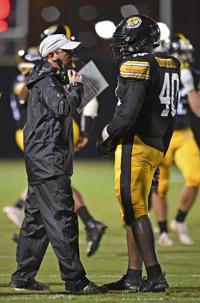 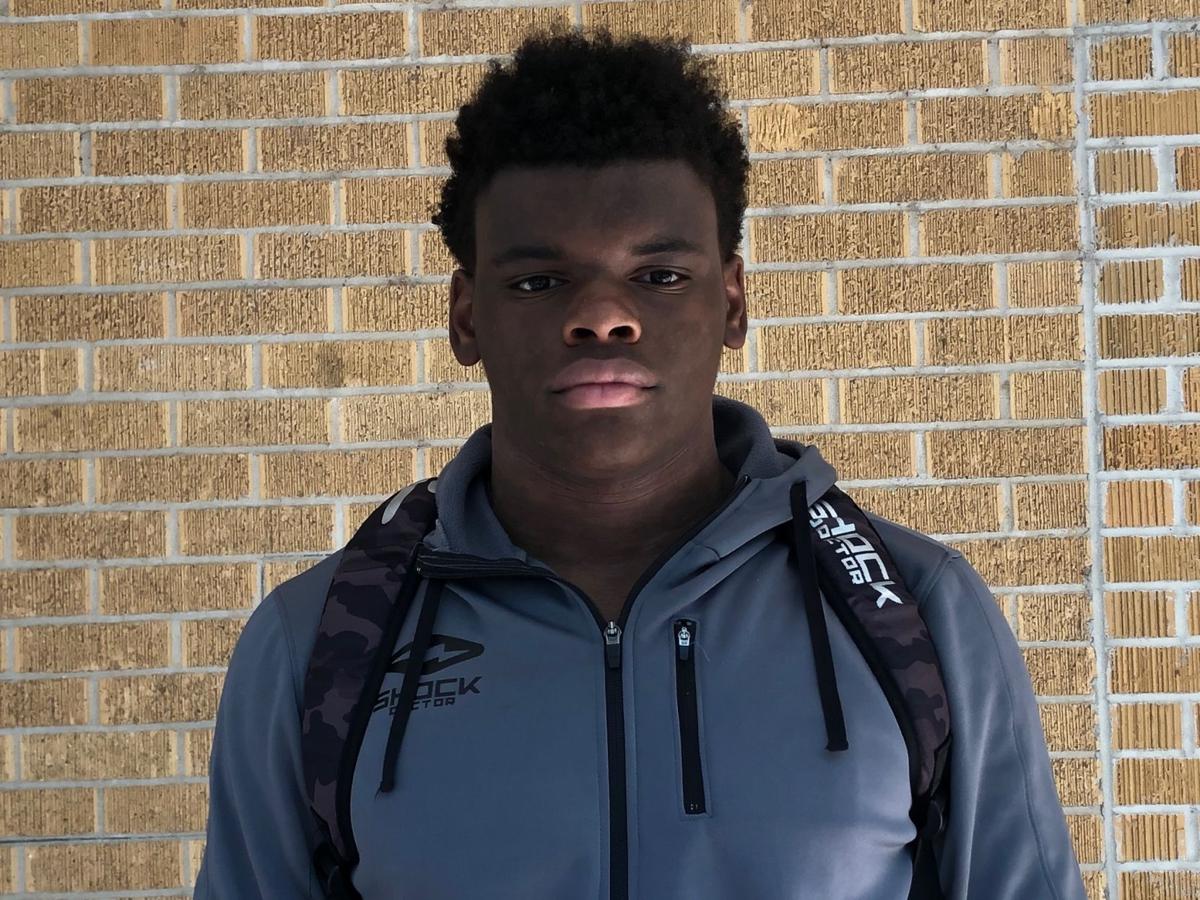 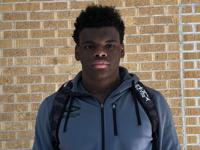 University High's Micah Davey gets away with a facemask as he brings down Baker High running back Kiley Clifton on Friday night at Baker High.

“I chase quarterbacks,” the son of former LSU quarterback Rohan Davey said. “My job on the field is to be physical and hit people. My dad always tells me to take my own path.”

At 6-foot-2, 240 pounds, the 16-year-old Davey has a frame that is comparable in size to his father. Whether his game is a hit with recruiters is just one intriguing question as he prepares for his senior season.

Davey had a team-high 132 tackles as a first-year starter for a U-High team that advanced to the Division II select semifinals a year ago. He now weighs 20 pounds more and retained the speed that allowed him to play sideline to sideline in 2019.

No spring practice because of the COVID-19 pandemic and no camps hosted by either colleges and few recruiting combines offer a new wrinkle no one anticipated.

To date, Davey holds offers from Prairie View and Louisiana College. Rather than panic, Davey is content to prepare for the season and whatever comes next.

“Last year was his best year in every way at U-High and I expect that to continue. I think that as he matured in the last year, a switch got turned on,” U-High coach Andy Martin said. “He improved athletically and academically. We also see him becoming a leader.

"Micah has a rapport with a lot of guys on the team and can be a jokester. But he also knows when to be serious and we’re seeing that side of him more.”

Davey has learned about patience from his father. Rohan Davey works in sales and customer service at a lumber supply business, has a catering business and hopes to one day open a gym that focuses on training football players. The elder Davey’s pride in what his son has done is evident.

“Micah has worked very hard to put himself in a position to be where he is now,” Rohan Davey said. “In the past, he had to go to summer school for classes he messed up in when he was younger. He’s cleaned all that up and is taking summer classes now because he wants to.

“We stress being humble and working hard — things myself, his mother, grandmother and late grandfather all believe in. As far as recruiting goes, it is early. We just started sending out video last week that shows what he can do.”

Father and son both credit two former UHS linebackers, Bryton Constantin of Clemson and SLU baseball player Jacob Burke, for teaching a defensive end-turned-linebacker the ropes. By Week 4 of the 2019 season, Davey was comfortable and confident.

“Physically, Micah is better than he was last year. He is stronger, faster and bigger. He’s got to continue to be a student of the game — just seeing what is in front of him and trusting it,” U-High’s Martin said. “That only comes with experience and repetition.”

Martin credits former LSU players who are now football dads, like Rohan Davey, for allowing the UHS staff to coach. Rohan Davey does take advice of another Cub dad, LSU executive deputy director of athletics Verge Ausberry, an ex-Tiger linebacker, back to his son.

“I never played the position, so it helps to have Verge in my ear at games,” Rohan Davey said. “He tells me things, like the steps to make on a certain play and about reading the offense.”

Micah Davey tries to absorb every bit of information he can, whether it is has to do with football or a sociology class he is now taking. To relax, the guy who loves to hit and be physical enjoys making ceramic bowls — something he picked up in an elective course.

"I think this team is going to amazing," Davey gushes. "I expect us to go a long way."

The Daveys love to go fishing. Whether Micah Davey can hook a big scholarship offer is not a topic for discussion.

“As long as Micah continues to work, it will be fine,” Rohan Davey said. “He’ll end up where he is supposed to be.”