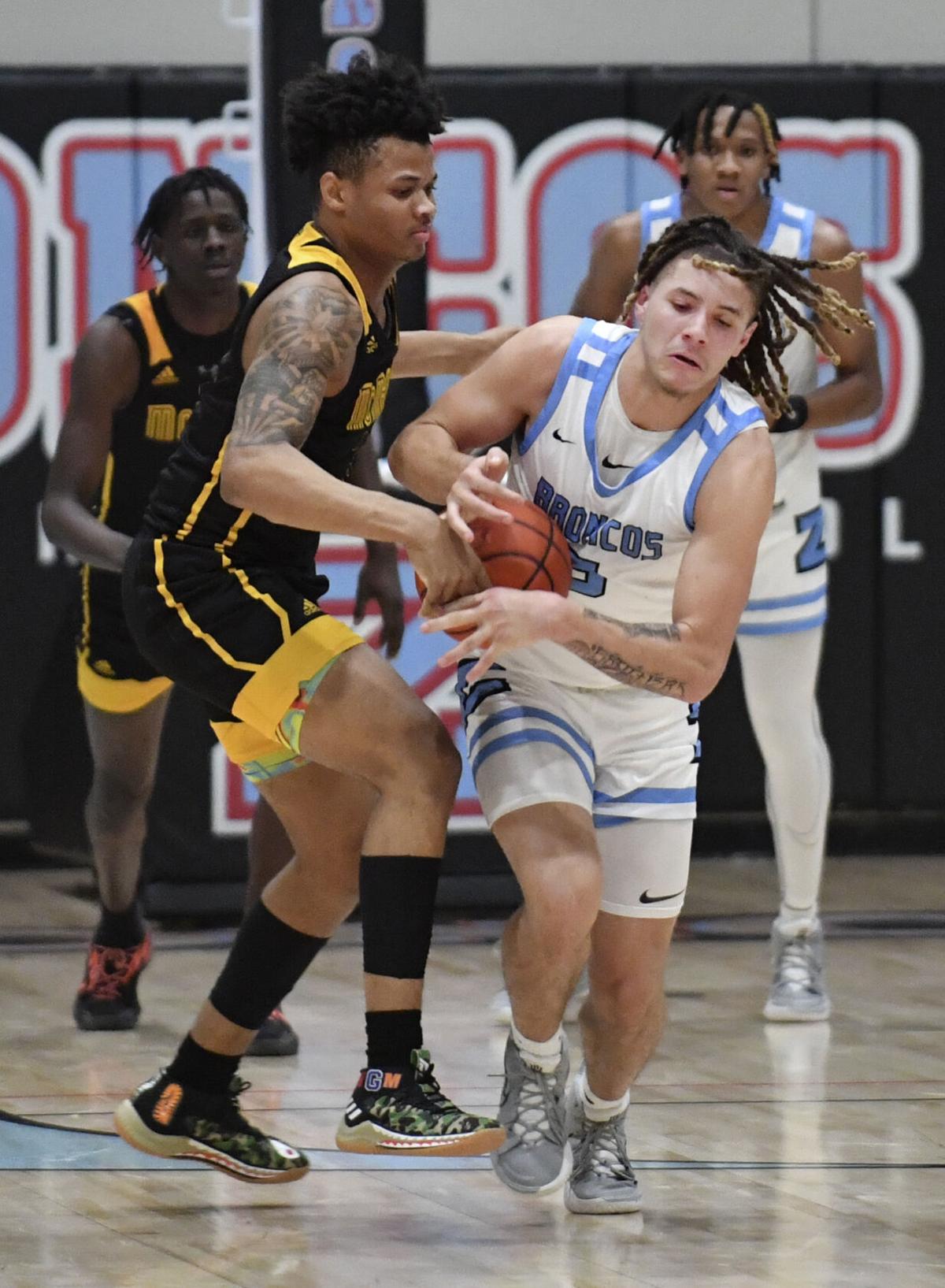 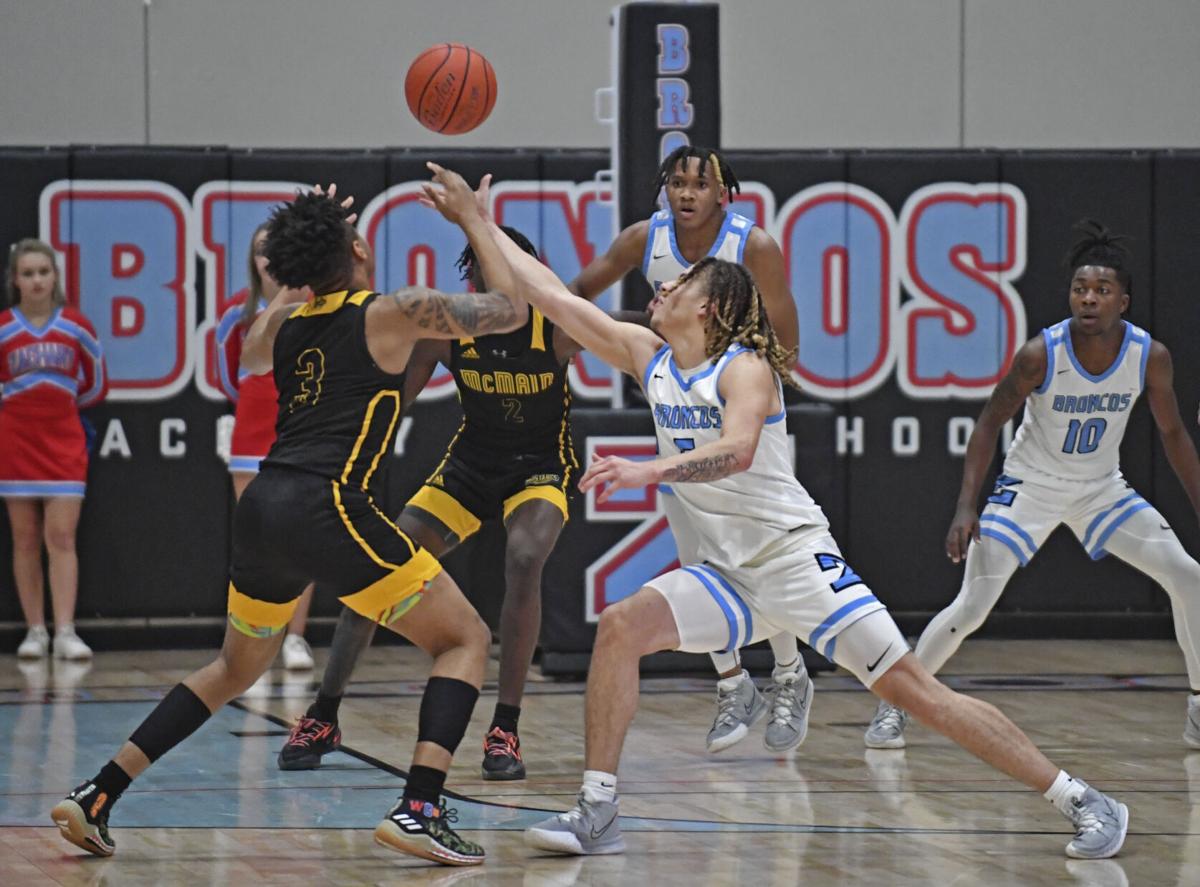 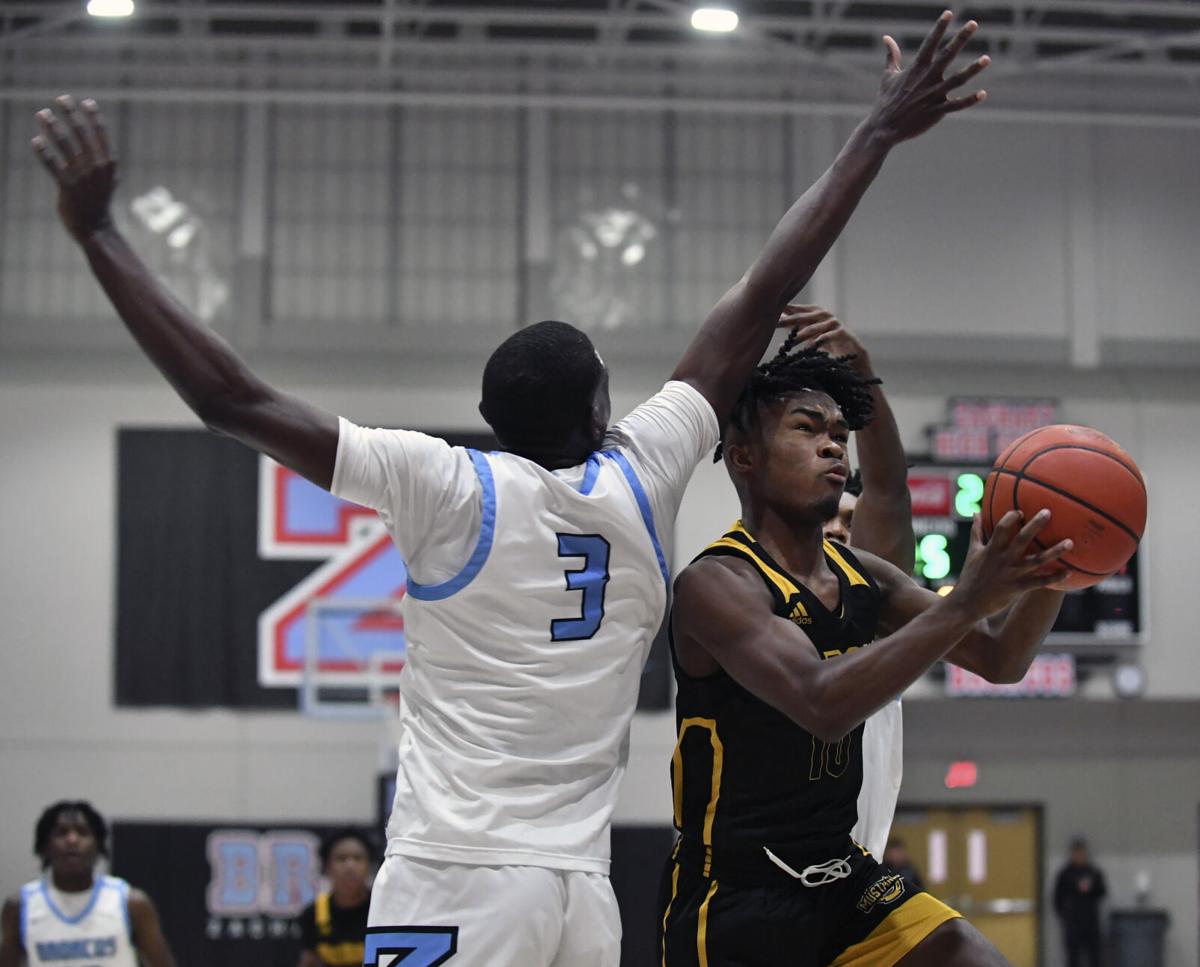 Christian Pichon’s 3-pointer at the buzzer was more than just a footnote in a game between two defending state champions.

Zachary still came away with a victory — a skin-tight 57-56 win over Eleanor McMain on Tuesday night at Zachary High School. More importantly, both teams checked a box on their to-do list during their drive toward to the playoffs.

“They are fabulous … really their whole team,” Zachary coach Jonathan McClinton said of McMain. “This was a big game for us. They pushed us the whole way, and this was the kind of win we’ve been waiting for.”

Jalen Bolden scored a game-high 18 points for the defending Class 5A champion Broncos (17-3), who also got 15 from Jordan Decuir, including two crucial free throws with 8.7 seconds remaining.

Nicholas Kaigler led defending 4A champion McMain with 17 points and Alex Hammond had 16, including four 3-pointers.

“Look, when we were putting together the schedule over the summer, this was the kind of game I wanted,” McMain coach Steven Kelly said. “We want to go into the most hostile environments possible and play the best teams.

“Now I would have preferred to get the win. But we’ll take this and move on. We’ll fine-tune things and get better.”

Zachary opened the game with a 7-0 run. McMain countered by scoring seven of the next nine points. Bolden had six points in the first quarter for the Broncos. Kaigler accounted for seven points, including a long 3-pointer from the left wing.

A dunk by Brandon Rogers Hardy with 39.8 seconds left gave Zachary a 15-11 lead going into the second quarter.

McMain was just three of 18 from the field in the first quarter, but the Mustangs kept shooting and shots started to fall. McMain got within two in the second quarter before the Broncos took a 27-22 halftime lead.

The Mustangs scored the first five points of the third quarter. A 3-pointer by Hammond tied it at 27-27. Bolden scored six third-quarter points and helped the Broncos extend their lead again.

Zachary led by six points going into the fourth quarter, which was the most intense of all. The Broncos opted to spread the court in an attempt to diffuse things.

At the 3:13 mark, McMain’s Kelly drew a technical after a back-and-forth with officials over fouls called on his players. Zachary made just one of four free throws in the sequence.

“At this point, it’s about little things like making free throws, handling pressure and our assignments on defense,” Decuir said. “That was the difference.”

Though Zachary led 49-42, McMain still had a lifeline. A 3-pointer by Hammond and a jumper by Kaigler got the Mustangs within 55-53 with 15 seconds left.

Decuir, who had missed two free throws at the 29-second mark, stepped up and made two with 8.7 seconds remaining. It gave Zachary the one final point it needed.

“We knew they (Zachary) were good,” McMain’s Kaigler said. “But so are we.”