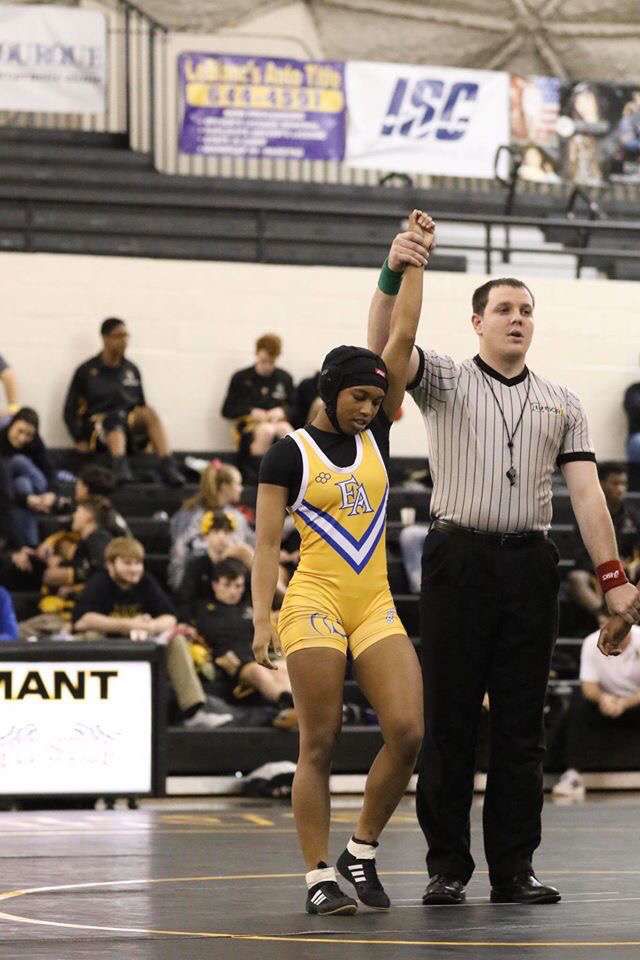 East Ascension wrestler Alyssa Quezaire is ruled the winner of a match this season. Quezaire qualified for the upcoming LHSAA wrestling tournament. 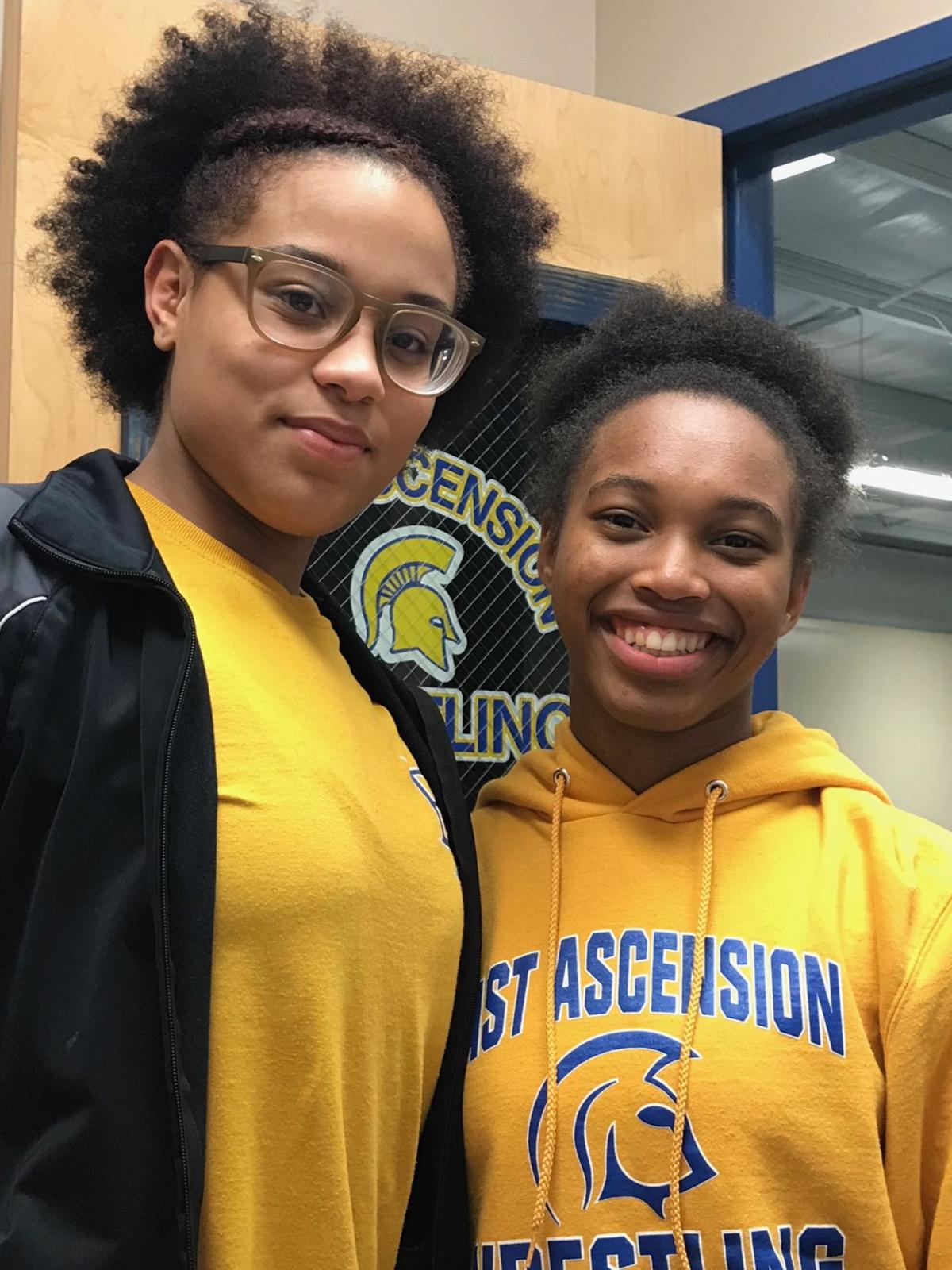 East Ascension wrestler Alyssa Quezaire is ruled the winner of a match this season. Quezaire qualified for the upcoming LHSAA wrestling tournament.

Alyssa Quezaire did not think finishing sixth was a big deal. Her teammates and coach quickly assured her that it was.

Quezaire (29-16) doesn’t see herself as a trendsetter. As she prepares to compete at 113 pounds for the Division I-Class 5A Spartans at the Allstate Sugar Bowl/LHSAA wrestling tournament for the first time, Quezaire is just that. More importantly, she is not alone.

“Wrestling was something I wanted to do,” Quezaire said. “My middle school coach talked to me about it in eighth grade. I was already doing volleyball and track. I wanted something else to do in the winter.”

A total of 88 girls from more than 40 schools are registered to compete for LHSAA schools. Because wrestling is not sanctioned as an LHSAA girls sport, Quezaire, teammate Briana Batista and all the others compete against the boys.

“There are more girls competing in wrestling, not just here, but across the country,” LHSAA assistant director Adam MacDowell said. “The National Federation (of High Schools) has documented that. Wrestling is one of the fastest growing sports for girls in a lot of places.”

From 2008-18, the NFHS reported that the numbers of girls wrestling competitors rose from 5,000 to 16,562. NCAA and NAIA colleges offer women’s wrestling, with more schools adding scholarships.

EAHS coach Pat Mahoney is quick to point out that there have typically been a handful of girls wrestling in Louisiana, dating to his days as a coach at Baton Rouge High. The current spike is something coaches across the state have embraced.

“This is something we’ve talked about for years, and we’ve always been told that you have to start at the club level with girls and have them come up into high school,” Mahoney said. “That is a way to grow our sport and make it stronger. These girls are dedicated and work just as hard as the boys. Figuring out how to get them their own championships would be huge.”

Mahoney said managing a co-ed team has added no extra issues and that Batista and Quezaire are praised by their teammates.

At least 15 states, including Texas, offer separate tournament brackets for girls. But there are obstacles. As McDowell notes, when Louisiana teams travel out of state to tournaments, their girls are ruled ineligible if they choose to compete in a separate girls bracket. Why? Because they are registered to compete in boys competition under LHSAA rules.

The LHSAA rules for adding sports also offers a quandary. The LHSAA requires participation by at least 80 schools in order to add a sport. The catch? Louisiana has just more than 90 wrestling schools that compete in three divisions.

MacDowell has suggested finding a member principal willing to request a Title IX waiver, which would allow girls wrestling to become a pilot program, much like bass fishing is this spring and next spring. If results in other states are any indication, it might work. When Oregon opted to add a separate girls championship, the number of competitors jumped from 80 to 200 almost immediately and now exceeds 600.

Quezaire says she has always looked up to Batista, who competed at 160 pounds and hopes to make EAHS state tourney team next year. A club wrestler since sixth grade, Mahoney said Batista came within a match of a place finish in a girls competition at the USA Wrestling World Team Trials last year.

Both girls want to wrestle in college and have set earning an Olympic team berth as a goal. Batista also wants to coach alongside Mahoney some day.

“Once I tried it, I fell in love with wrestling,” Batista said. “I want to see more girls involved. It is different than other sports, but I wish more girls would try it.”