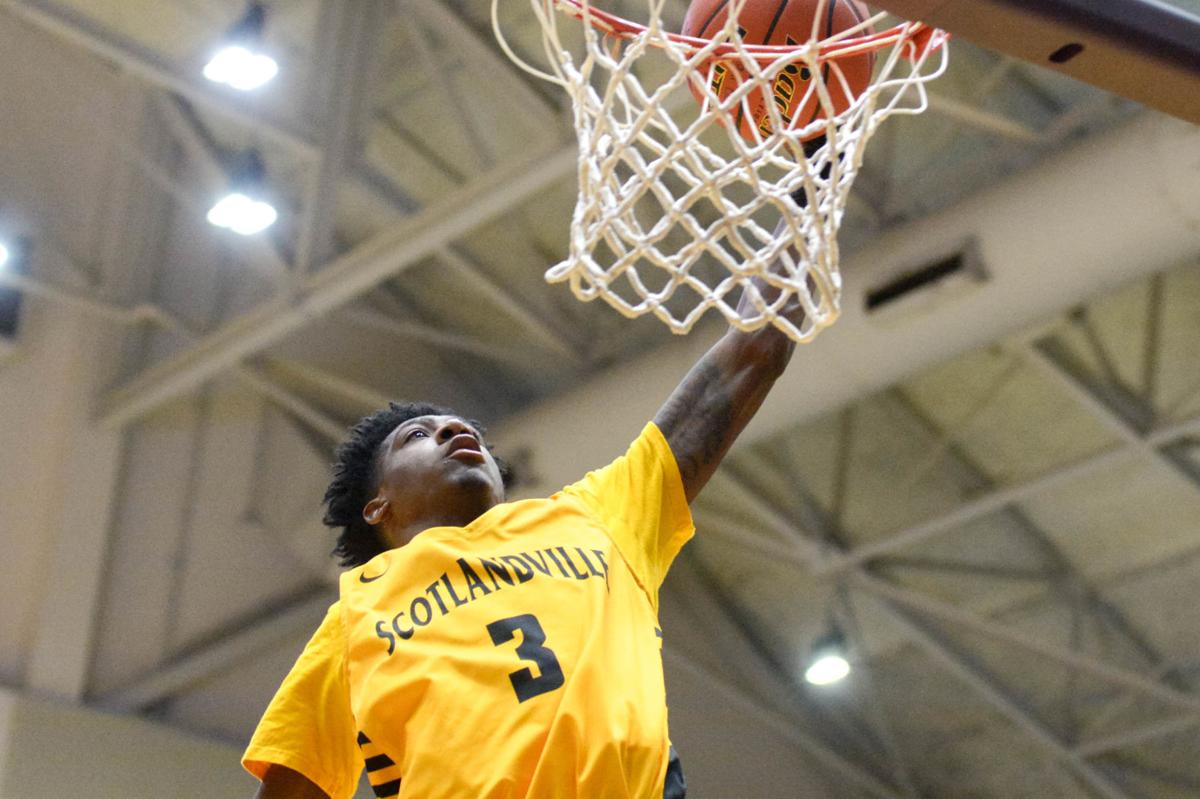 1. Scotlandville (21-2): Make it a real super dozen for the Hornets of Class 5A, who have won 12 straight since losing to an out-of-state team the week before Christmas, including Saturday’s 50-40 win over Madison Prep.

2. Catholic (21-2): The Class 5A Bears have just one loss to an in-state team and won a notable matchup with Walker, another Class 5A power, Friday night.

3. Walker (15-5): It was a quite a week for the 5A Wildcats last week with a win over 3A power Madison Prep and a loss to Catholic, despite LSU signee Jalen Cook cracking the 50-point barrier.

4. Zachary (18-4): Yes, the school with three recent LHSAA 5A football titles is legit good in basketball this season with 6-foot-4 Darian Ward playing a key role for a balanced attack.

5. University (16-2): The Class 3A Cubs don’t have the star power of a few years ago, but they make up for it with balance, poise and work ethic.

6. Madison Prep (12-5): Surprised to see the Chargers in the No. 6 spot? This team is talented but is still seeking the right formula to mix experience with first-year starters. It’s coming together.

7. Brusly (15-2): With an impressive win over Class 2A power Port Allen last week, the 3A Panthers earn a spot here and should help make that District 7-3A race quite interesting.

8. Episcopal (16-3): Does it seem like all the Knights of Class 2A do is win? It does. Challenges from Dunham and Port Allen loom in 8-2A play and expect this team to be ready.

9. Port Allen (12-3) and Dunham (12-8): The other two 8-2A teams of note also are impressive, even though both lost Friday to others on this list. Dunham also played Scotlandville to the wire last week, speaking volumes for the parity in Baton Rouge.

On the outside looking in: Family Christian, Jehovah-Jireh, McKinley, Plaquemine, Southern Lab.

1. Lee (15-3): The Class 4A Patriots completed one heck of a gauntlet last week with games against top foes on four straight days, handing 4A power LaGrange its first Louisiana loss on the fourth day.

2. Zachary (19-2): Since a loss to McKinley in the EBR tourney semifinals, the Broncos have won 17 games and are among the Class 5A elite.

3. Doyle (17-3): Going into a key district game against rival St. Thomas Aquinas this week, the Class 2A Tigers also are established among the state’s elite in all classes.

4. McKinley (10-7): There have been growing pains for the Class 5A Panthers, but they could well be among Louisiana’s most dangerous teams by season's end.

5. Denham Springs (12-7): The Yellow Jackets have lost three straight, but two of the three were to Doyle and Lee. As a reshuffled lineup comes together, DSHS will be another team to watch.

6. University (13-6) and Parkview Baptist (9-1): These two teams, along with Madison Prep and Brusly, should make the 7-3A race one of the best. U-High is balancing a tough schedule with a new lineup, while PBS is soaring its highest since winning a Division II title a few years ago.

8. St. Michael (13-7): This Class 4A team looks to be the best former LSU player Jeanne Kenney has had since becoming head coach at her alma mater.

9. Episcopal (13-5) and East Iberville: Taylor Mims is another former player coaching at her alma mater, Episcopal. A close game with traditional power Northlake Christian last week indicates how the Knights have grown. East Ibervillle is again off to a great start in 1A and has an early win over Episcopal

10-plus. French Settlement (17-2), Brusly (18-3) and Madison Prep (9-12): Quite a variety here. Class 2A FSHS has one of the area’s top scorers in Dannah Martin. Class 3A Brusly has piled up some impressive wins, and 3A MPA has youth, size and a deceptive record.