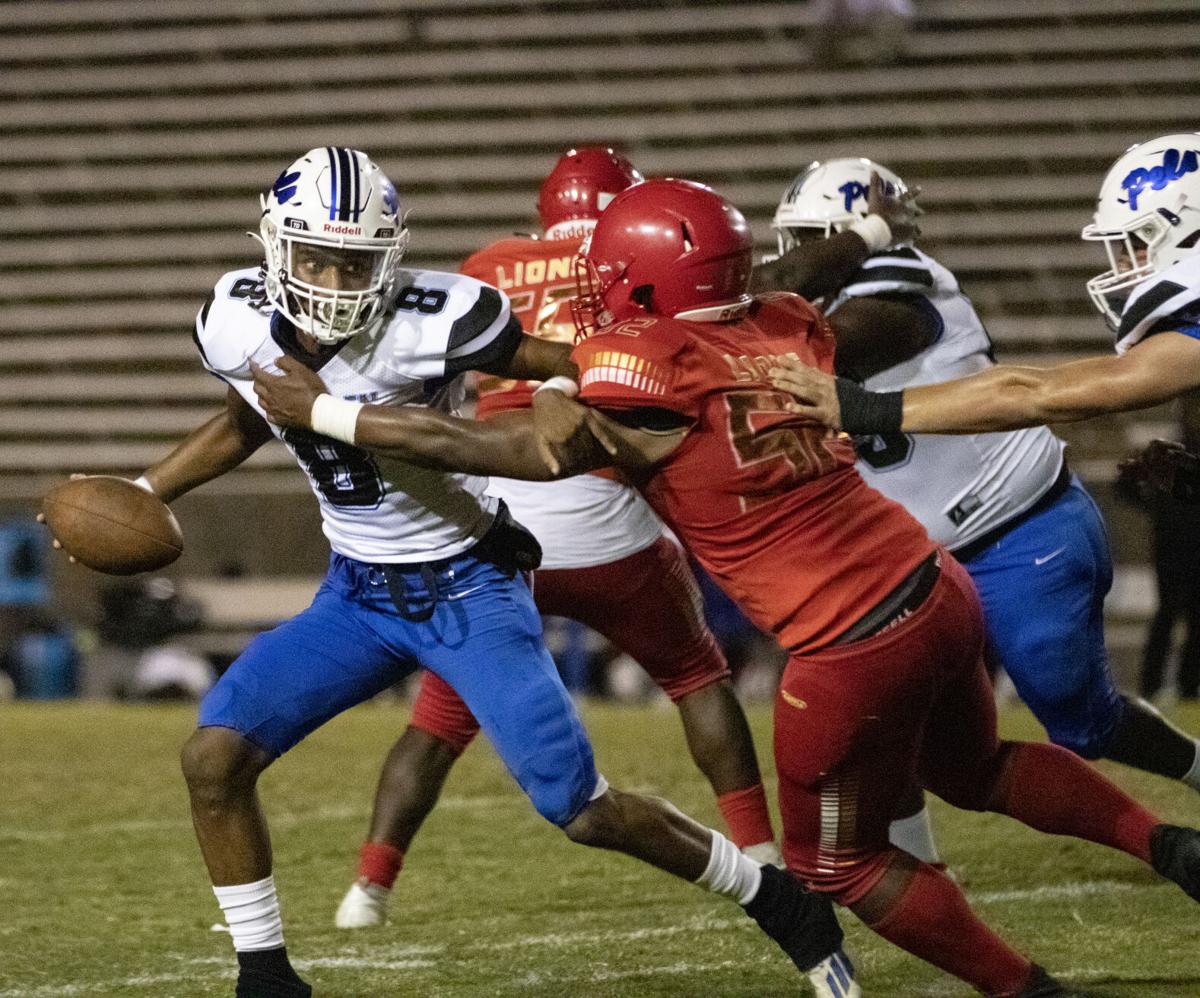 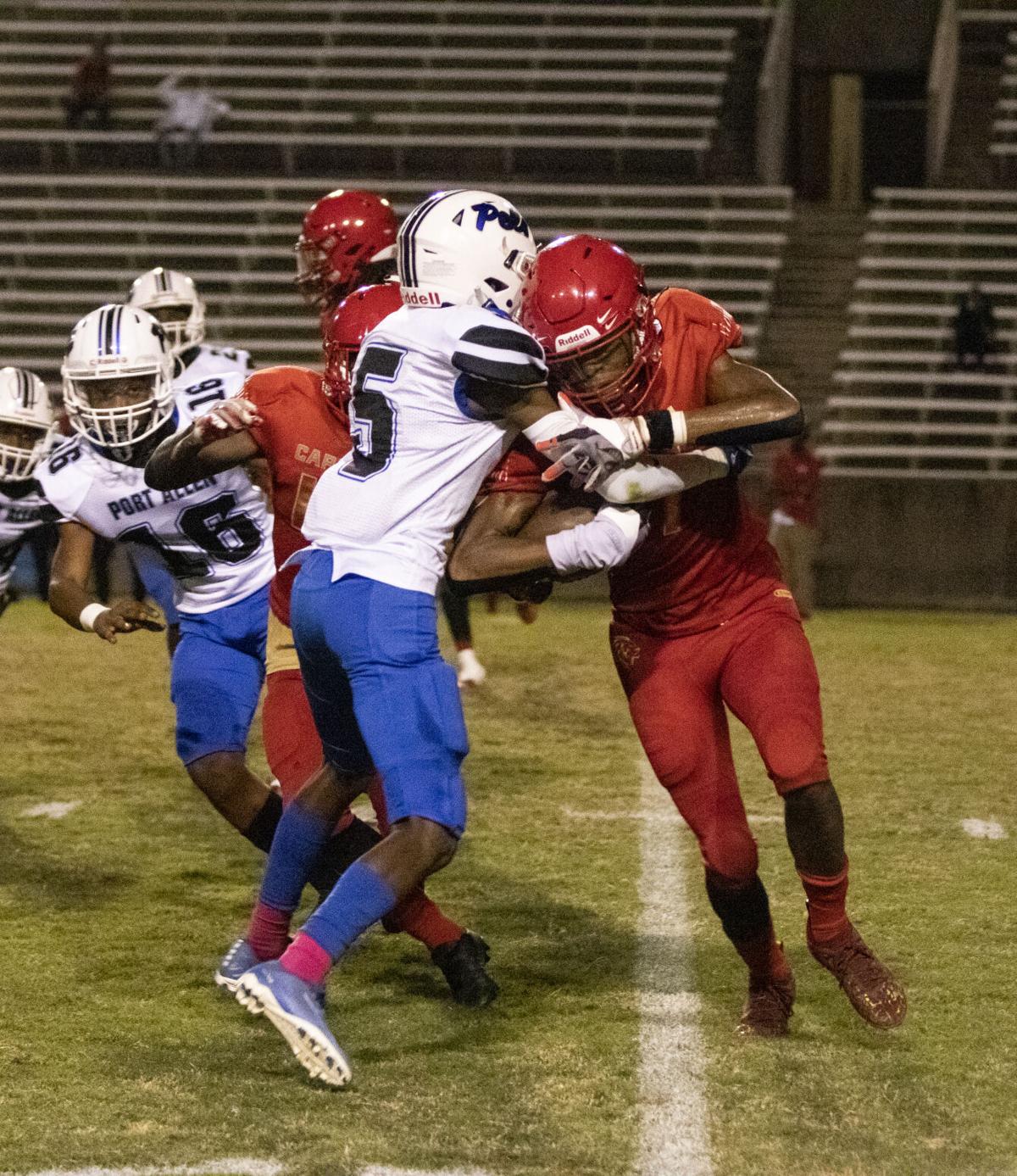 Capitol’s Tra’jon Freeman gets wrapped up by Port Allen’s Jaylen Ruffin during the match up held at Memorial Stadium on Thursday, October 21, 2021. 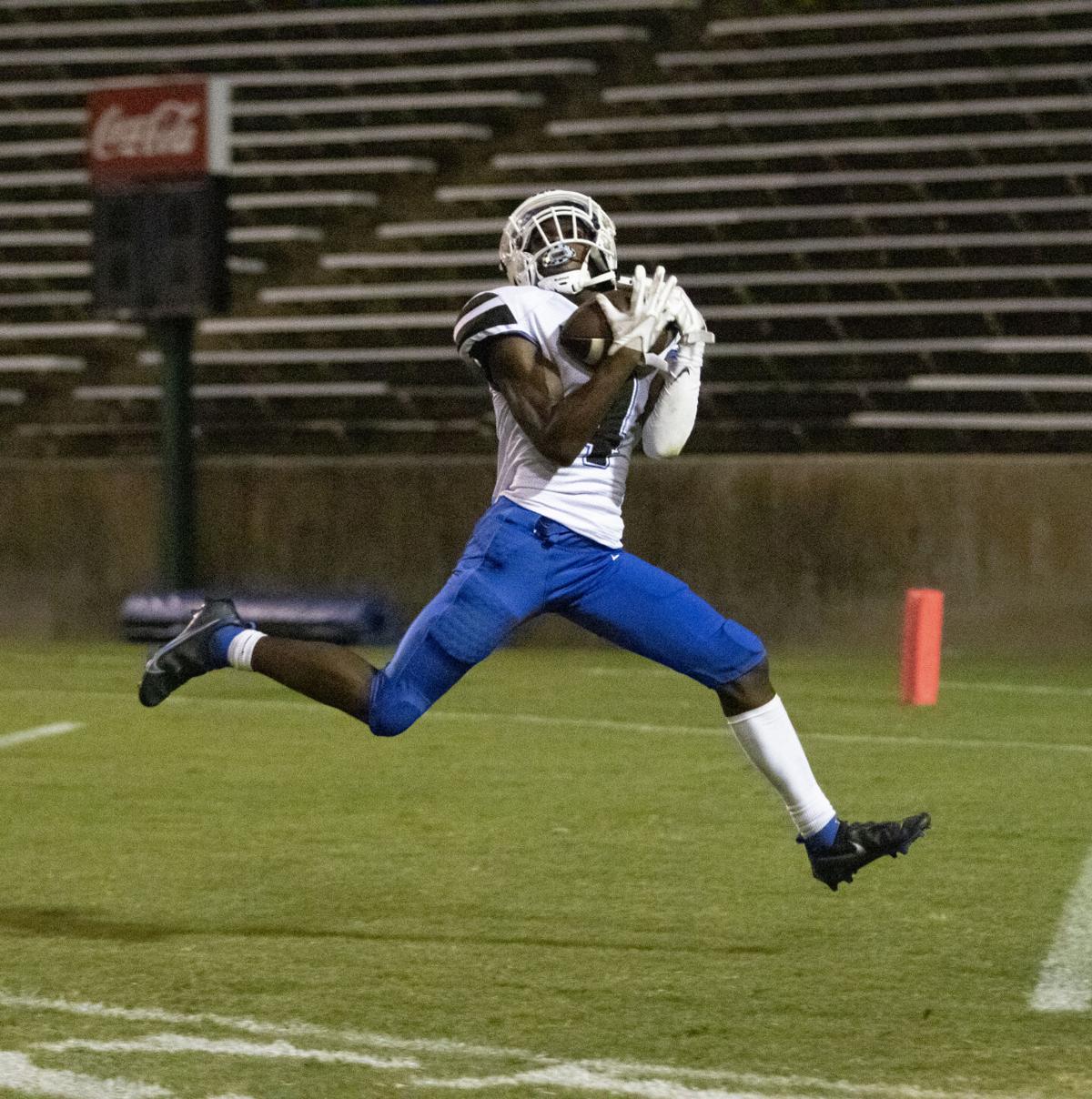 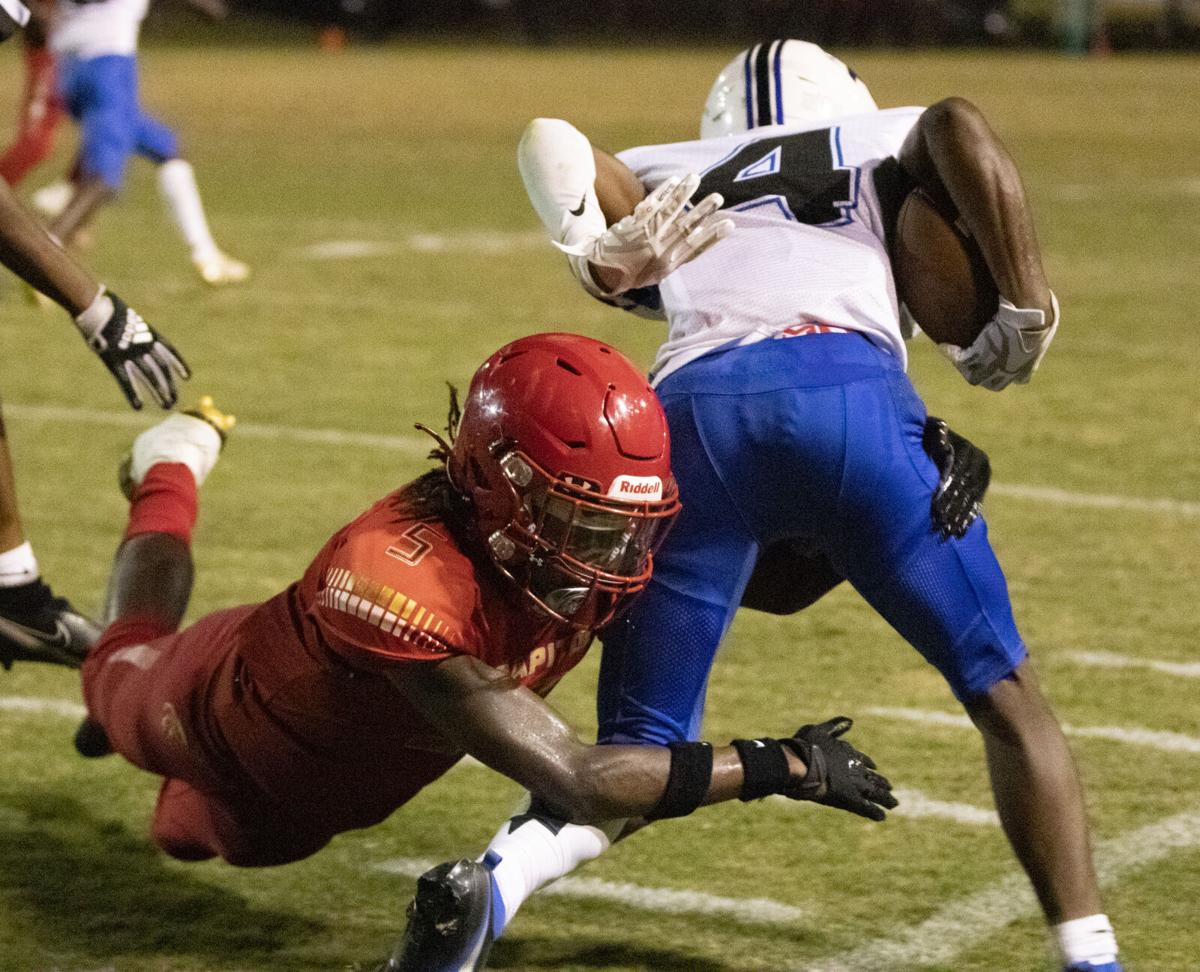 Capitol’s D’Ruane Lewis wraps up Port Allen’s Norrise Cummings during the match up held at Memorial Stadium on Thursday, October 21, 2021.

Capitol’s Tra’jon Freeman gets wrapped up by Port Allen’s Jaylen Ruffin during the match up held at Memorial Stadium on Thursday, October 21, 2021.

Capitol’s D’Ruane Lewis wraps up Port Allen’s Norrise Cummings during the match up held at Memorial Stadium on Thursday, October 21, 2021.

Brennan Gibson caught a 17-yard pass from Jeremiah Dehon, with Gibson running in the two-point conversion for an 8-7 lead. After a Capitol punt, Jordan Antoine scored on a 3-yard run and Dehon passed to Lucas Rioux for two points as the Pelicans led 16-7 early in the second quarter.

Capitol forced two more Port Allen turnovers in the second quarter and had a chance to get back into the game, but the Pelicans defense refused to let the Lions take advantage.

Tra’jon Freeman intercepted a pass for the Lions and returned it 49 yards to the Port Allen 5. Three plays later, on fourth down from the 1, the Pelicans defense threw Mykel Smith for a 4-yard loss.

Port Allen’s next possession also ended in a turnover as Capitol recovered a fumble at the Pelicans 44. Once again, the Port Allen defense rose to the occasion. Dehon intercepted a pass from C’vion Holiday on third down to turn Capitol away.

Port Allen got a 9-yard touchdown run from Landon Jones and a Jarius Wright two-point conversion just before halftime to lead 24-7.

Capitol got scoring runs of 59 yards from Smith and 48 yards from Holiday in the second half but never got closer than the final score.

Mykel Smith, Capitol. Even though his team lost on the scoreboard, Smith gets the nod. In his first game as a running back, the sophomore carried 24 times for 185 yards and a touchdown.

Port Allen coach Don Gibson: “I thought the whole game for us was sloppy. We had a couple key guys out, but it was no excuse for us to play like we did. I thought Capitol did a good job and Corey (Brownfield) had his guys ready to play, but we have to do a better job in crucial situations.”

Capitol coach Corey Brownfield: “I challenged my kids to run between the tackles. We lost a back with an ankle injury, and (Mykel) Smith came and said, ‘Give me an opportunity to run. I will show you,’ and he did what he was supposed to do. I’m proud of my team. They are getting better and I am committed to the process.”