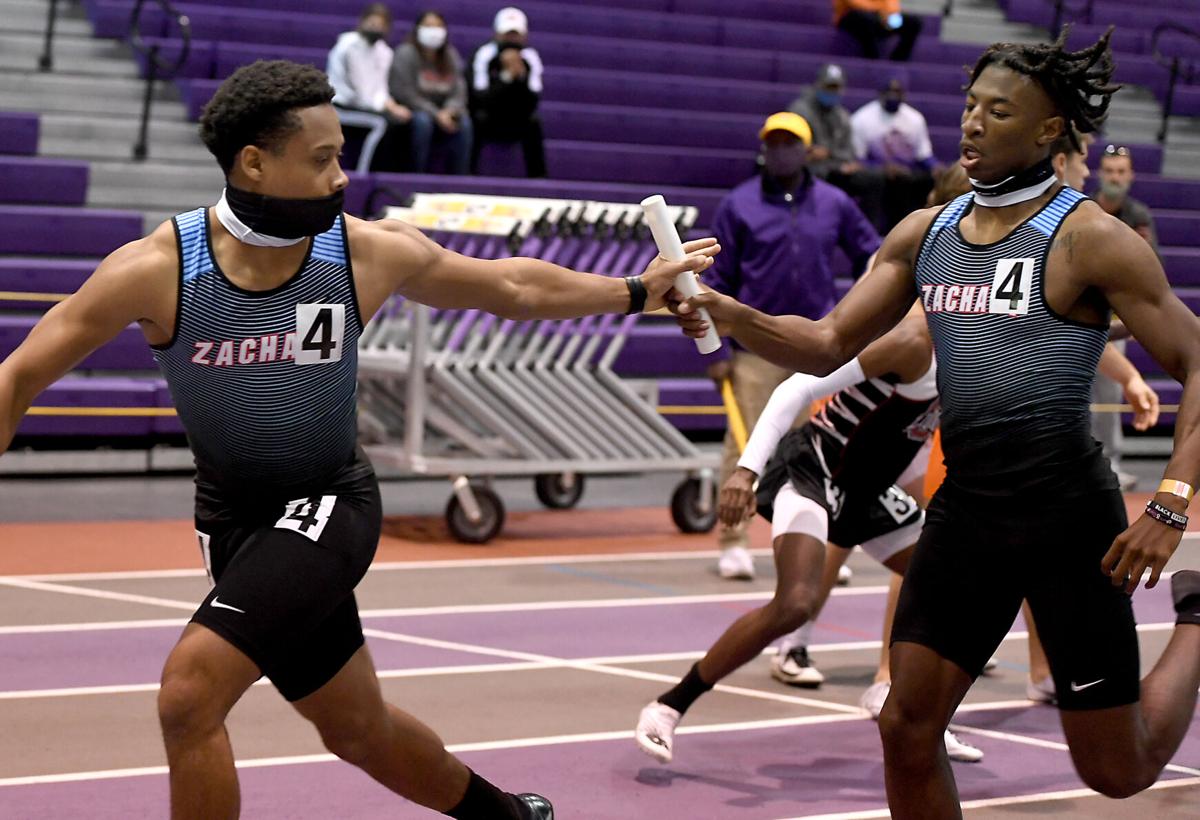 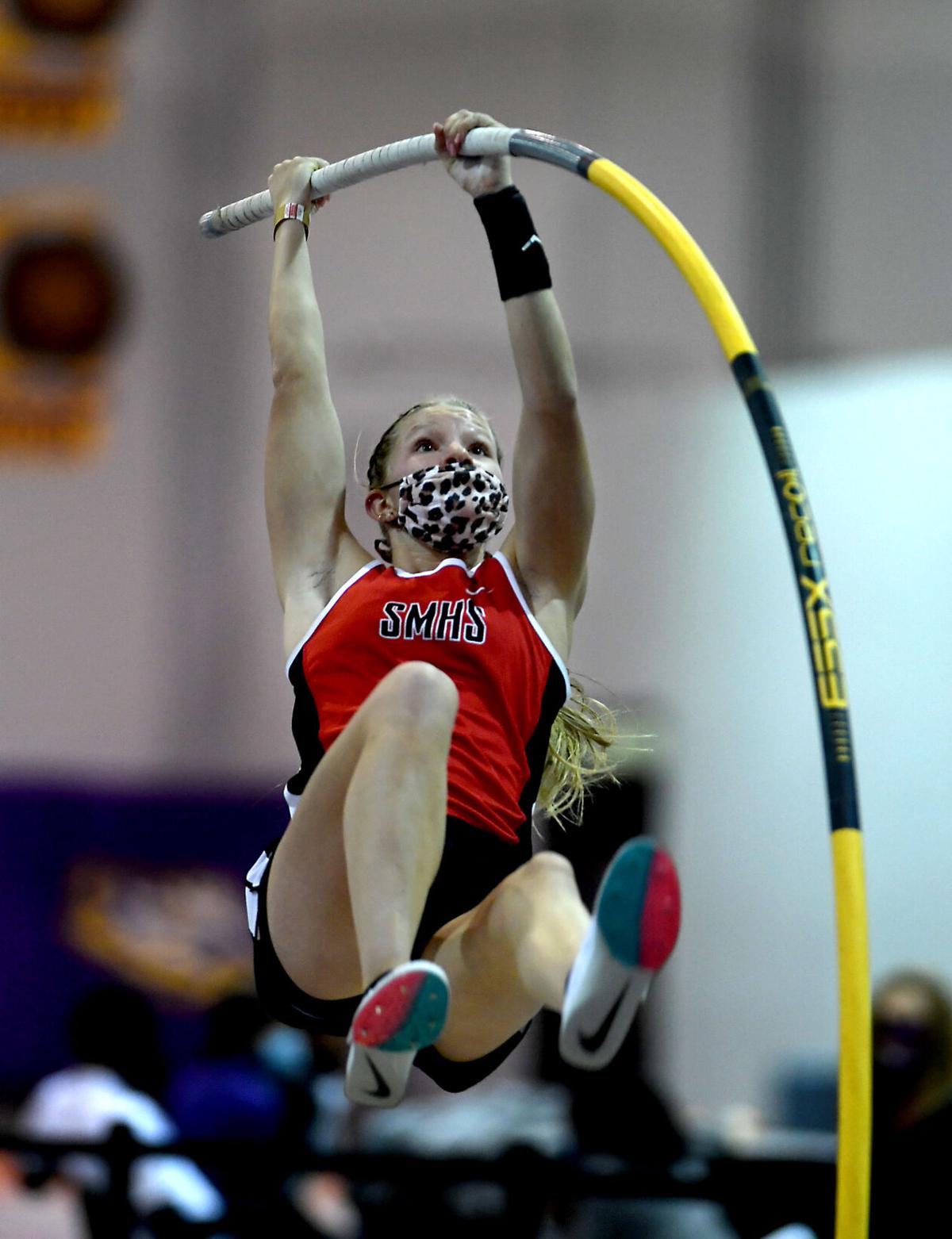 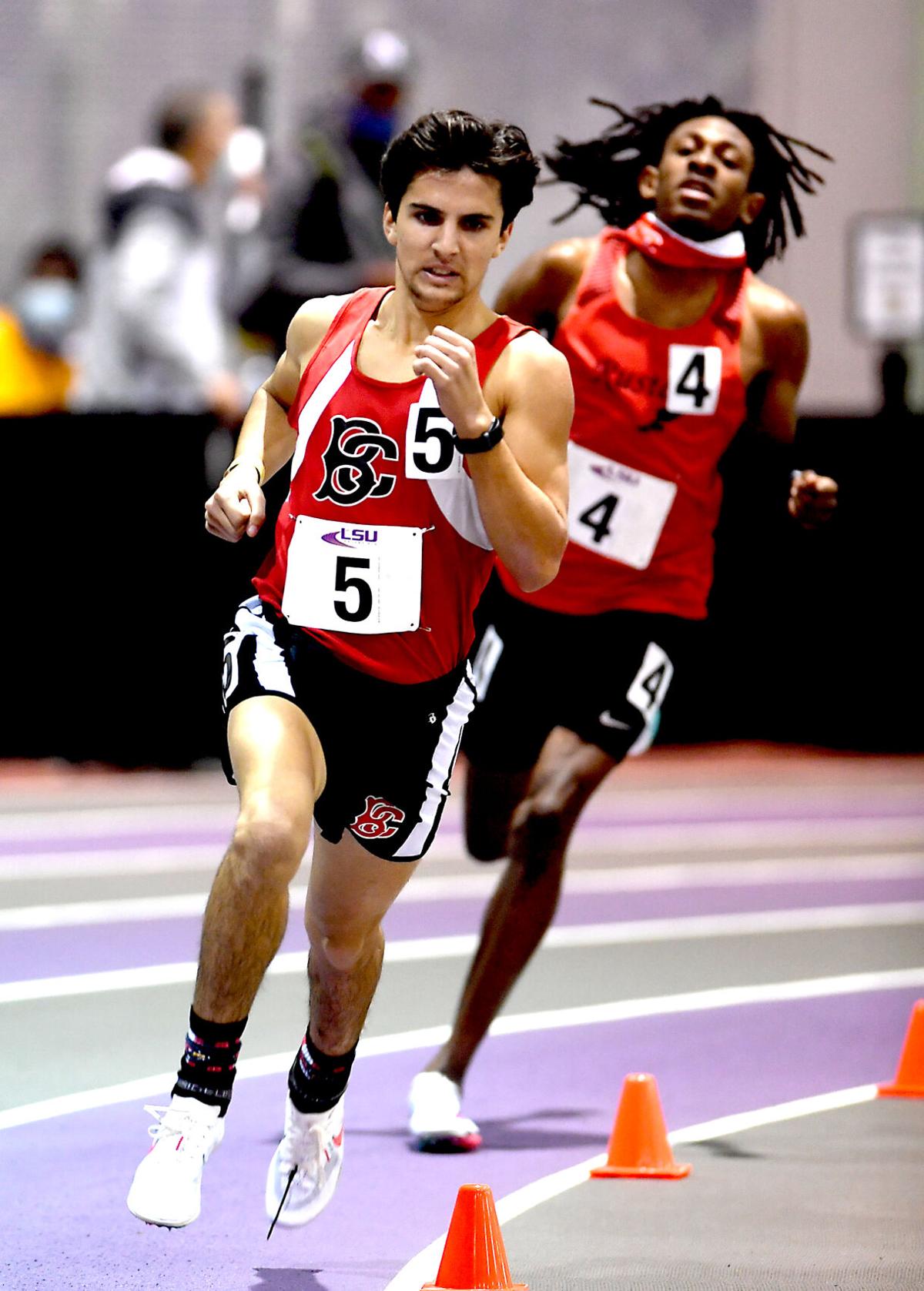 Belle Chasse’s Louden Boudreaux runs ahead of Ruston’s Dyllon Nimmers going into the final lap of the Boys 1600 Meter Run during the LSU High School Indoor Classic track meet Saturday in the LSU Field House. Boudreaux pulled away in the straightaway for the win. 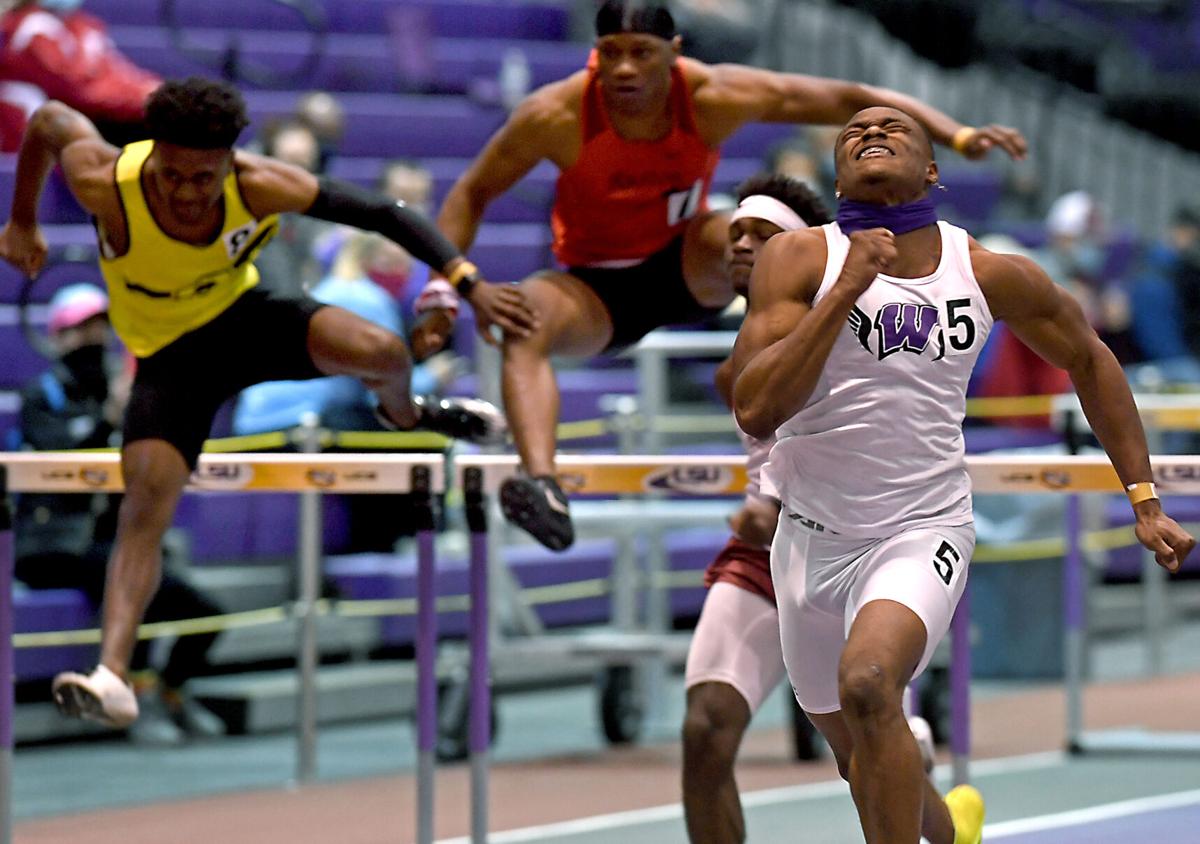 Belle Chasse’s Louden Boudreaux runs ahead of Ruston’s Dyllon Nimmers going into the final lap of the Boys 1600 Meter Run during the LSU High School Indoor Classic track meet Saturday in the LSU Field House. Boudreaux pulled away in the straightaway for the win.

Good starts are what the Zachary track team looks for from Chris Hilton, at least in the sprints. In the high jump he’s found plenty of reasons to be patient.

The world knows Hilton is capable of better jumps. He went 7 feet to win the LHSAA at the state indoor meet last February, but a month later the coronavirus pandemic put the kibosh on the rest of his track season. He has practiced it little since and competed even less.

“It’s been little over a year since I competed so I’m a little rusty, but I’m not worried,” said Hilton, a senior and LSU football signee. “I did better today than I thought I would. It’s a relief to know I’ve still got it.”

Pole vaulter Heather Abadie also showed she’s still got it and then some. The St. Michael senior and Texas A&M signee set a meet record by clearing 13 feet, 6½ inches for a meet record, her personal best and the No. 2 mark nationally. It was ¼ inch better than the mark of Rachel LeLeux of Catholic High of New Iberia in 2017.

“It was a good meet. The last meet I did well but blew through all my poles,” Abadie said. “That set me up for how I did today. I just have to keep a positive mindset and bring my own energy. It was weird competing with so few people in the stands.”

With the late football season finish, Hilton hasn’t had time to get deep into his practice routine. On one of the early heights he went over the bar easily with a feet-first scissor move. With the bar at 6-9¾, he hit it one the way up on all three attempts.

Hilton said his legs were tired from competing in the relay, but it was clear his mechanics are developing.

“We just took the high jump mat out two weeks ago,” Zachary coach Chris Carrier said. “Basically, we’ve just been working on his steps. His misses were just a technique thing, either being too close or too far. The high jump is so technical. He’ll get better.”

Hilton said he’s aiming for the state record of 7-2 held by J.J. Barton of Lafayette before the season is over. Beyond that, he’d like to continue competing in the same building for the Tigers.

“It’s one of the things we talked about,” said the all-state wide receiver. “LSU is all for it. Coach O (Ed Orgeron) said he liked athletes that competed in two sports. The skills transfer to football.”

“Our motto in the relays is be the first one to handoff, and he gave us a big lead,” Carrier said.

Abadie also competed in another event before her specialty, finishing sixth in the long jump at 16-1¾. After clearing her winning mark, she went after the facility record of 16-9 ½, held by Rachel Laurent of Vandebilt Catholic.

“The last attempt it was just being tired,” said Abadie, who holds the Canadian under 18 record. “I had the long jump right before. After the first try it was downhill.”

Other notable local performances in the first session included:

-Woodlawn’s Lanard Harris, who ran 8.13 to win the 60-meter dash with the fifth best time nationally.