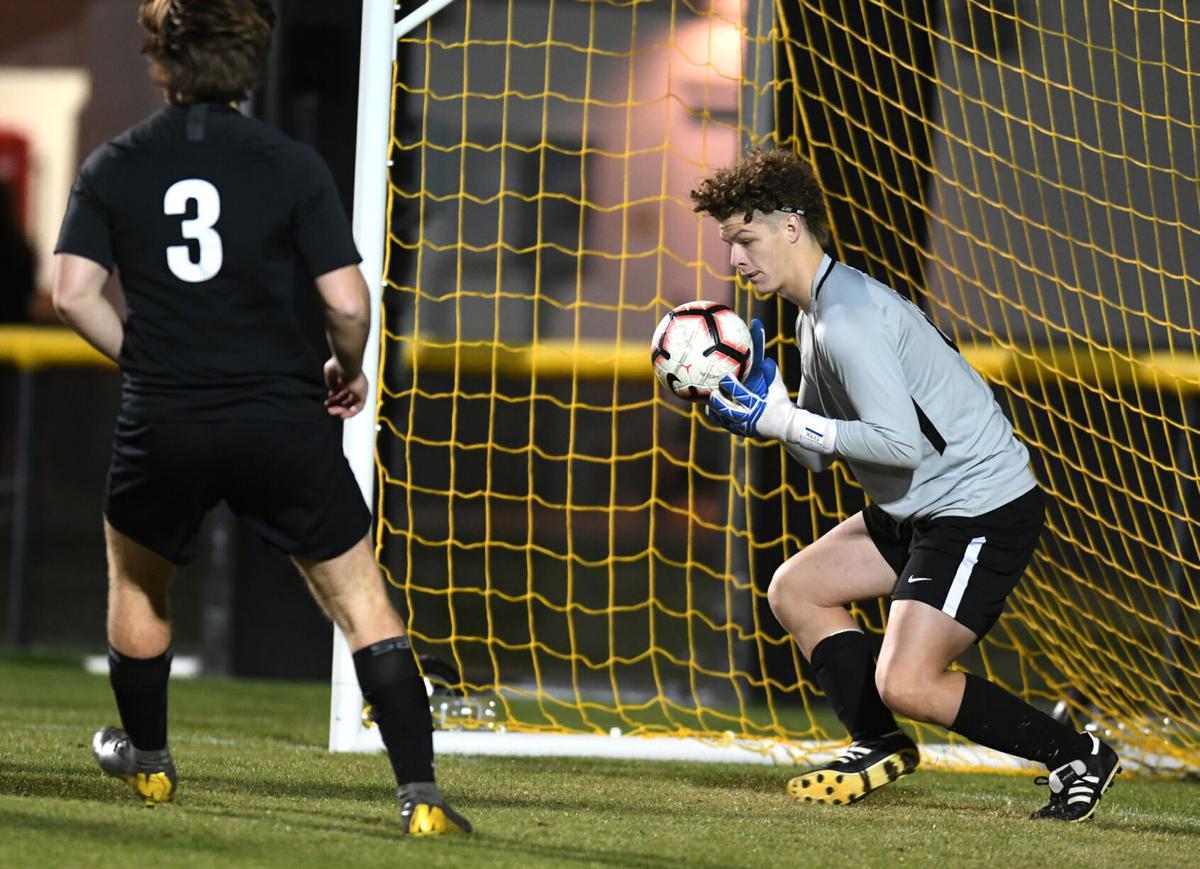 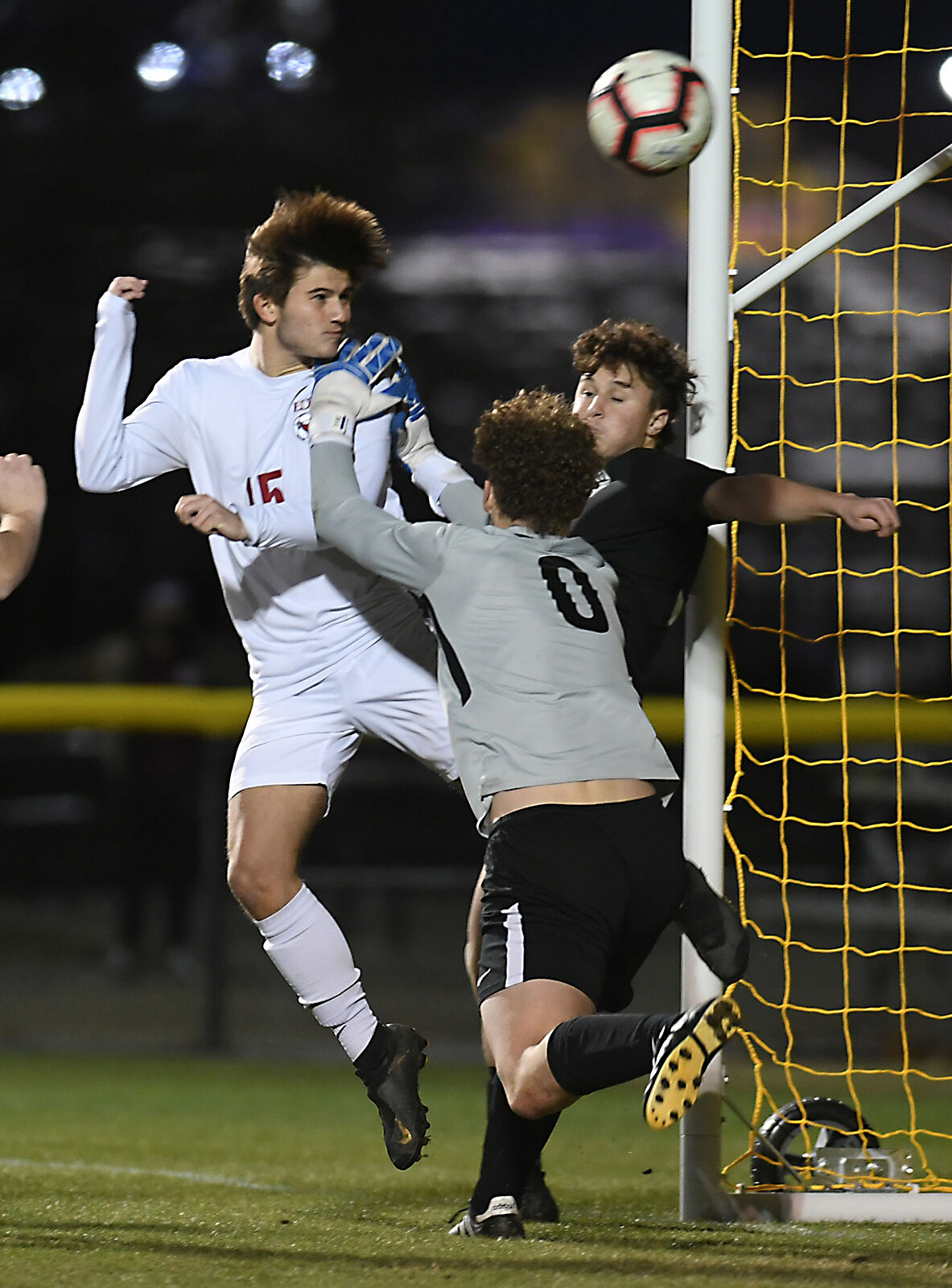 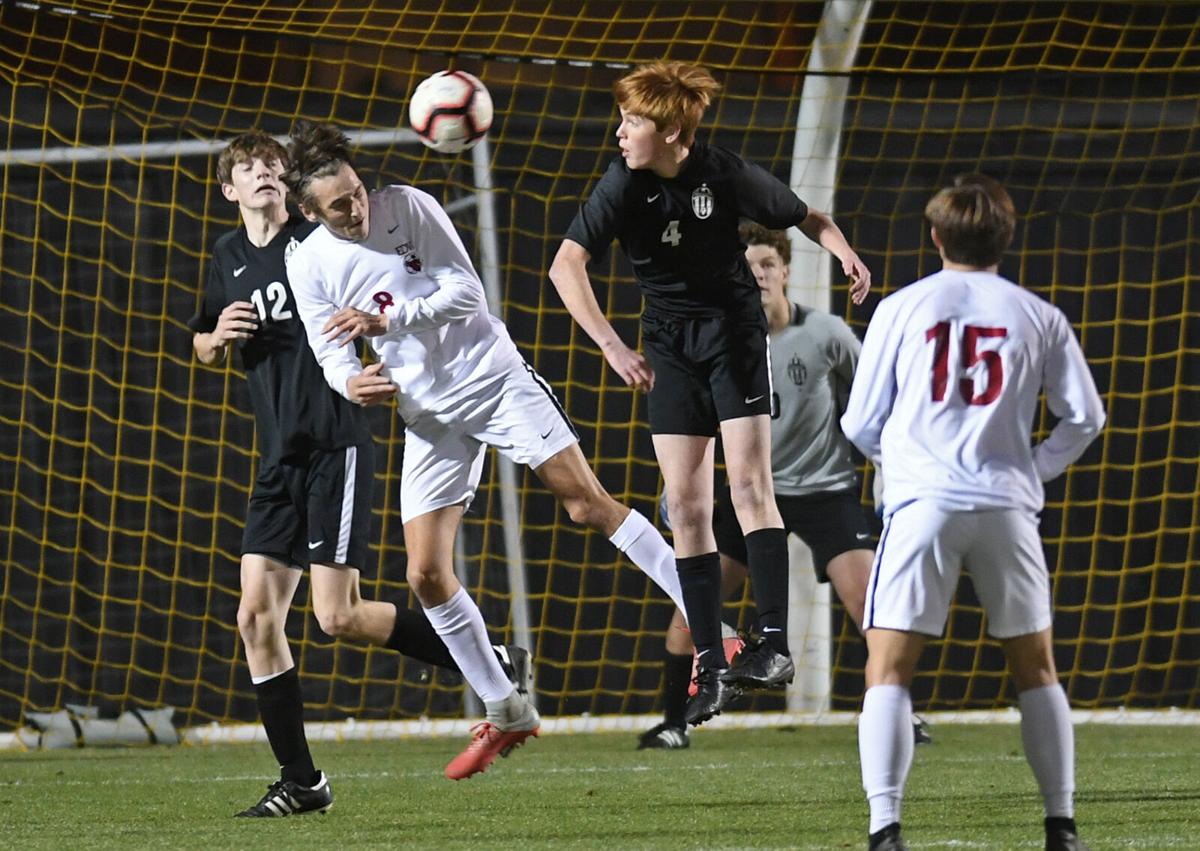 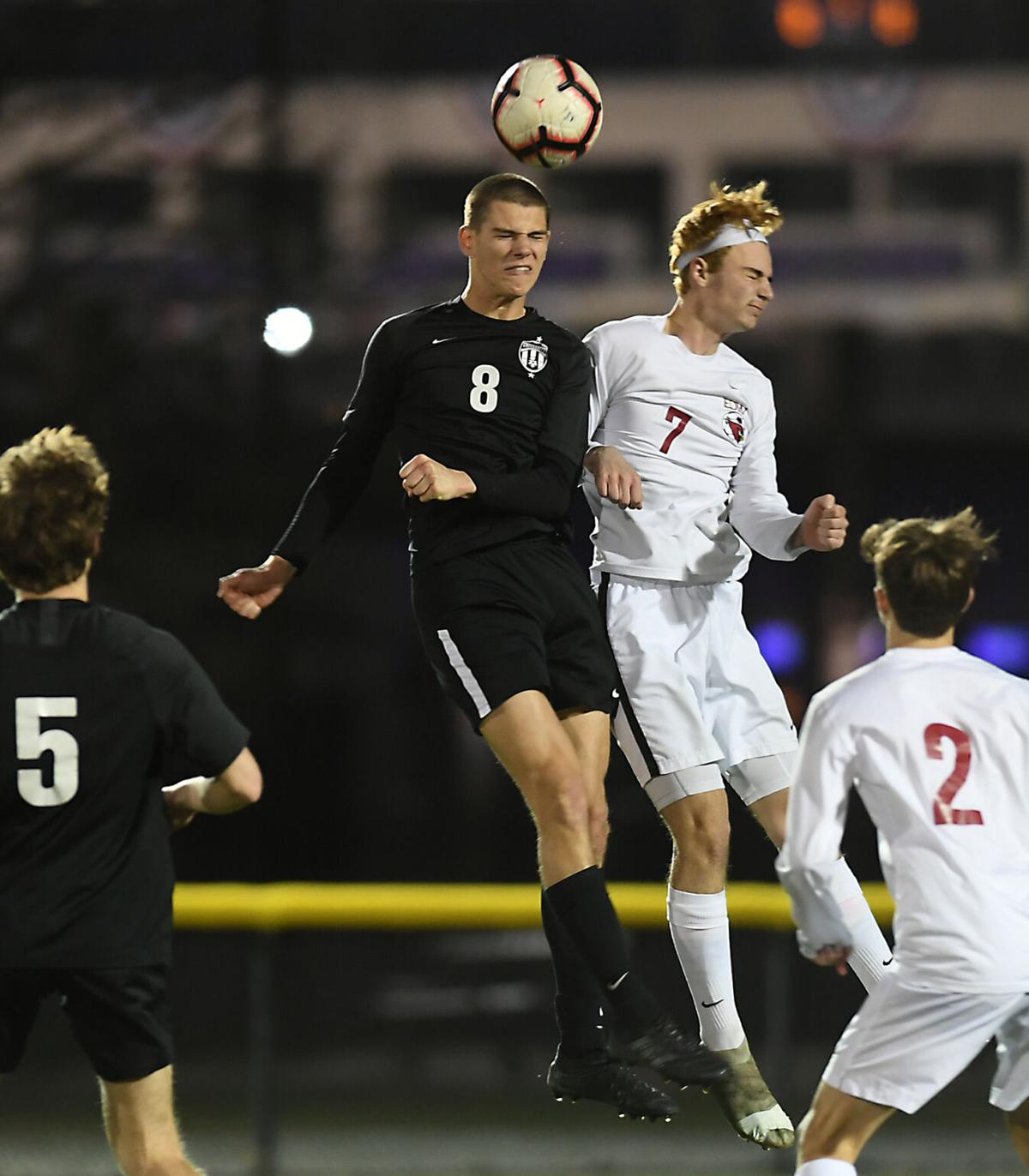 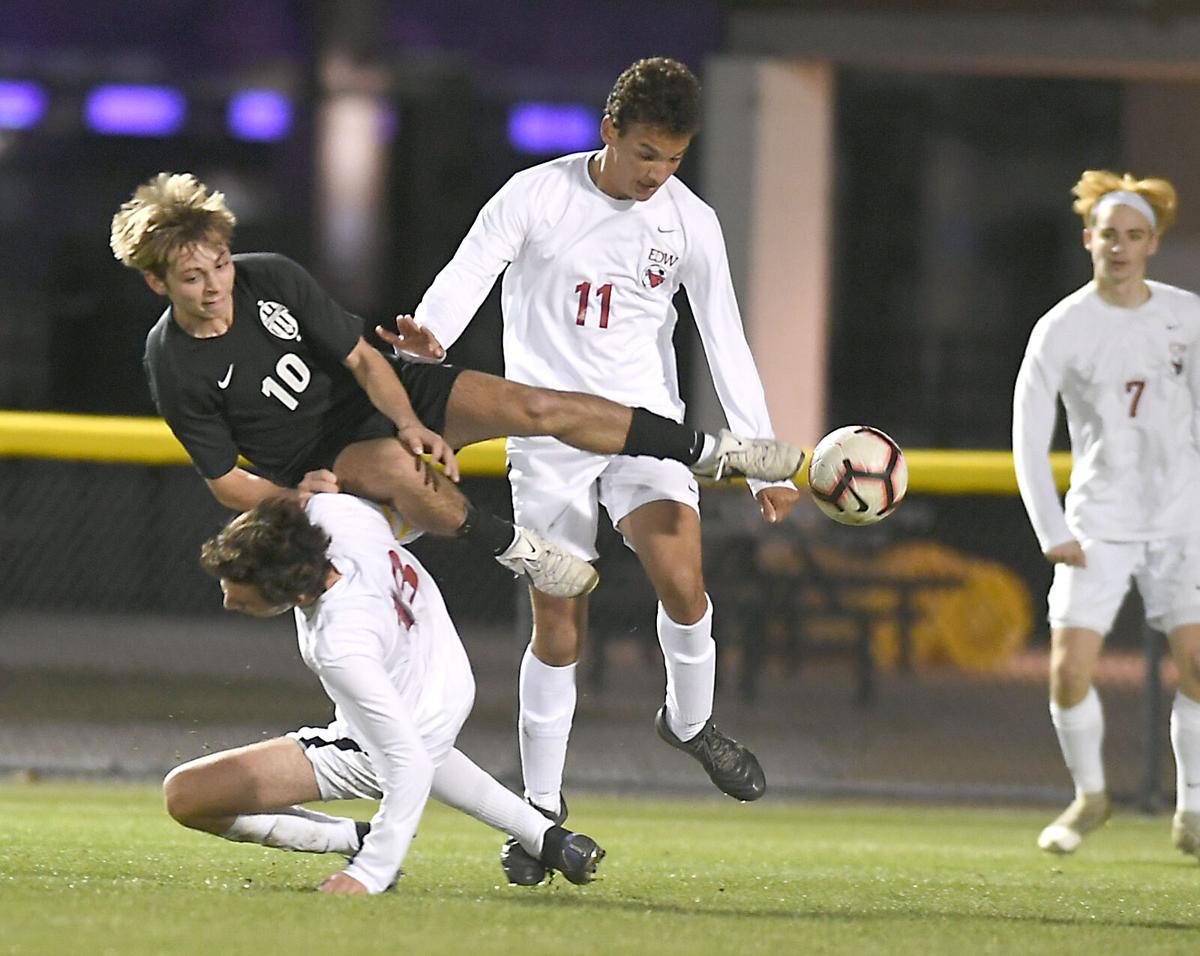 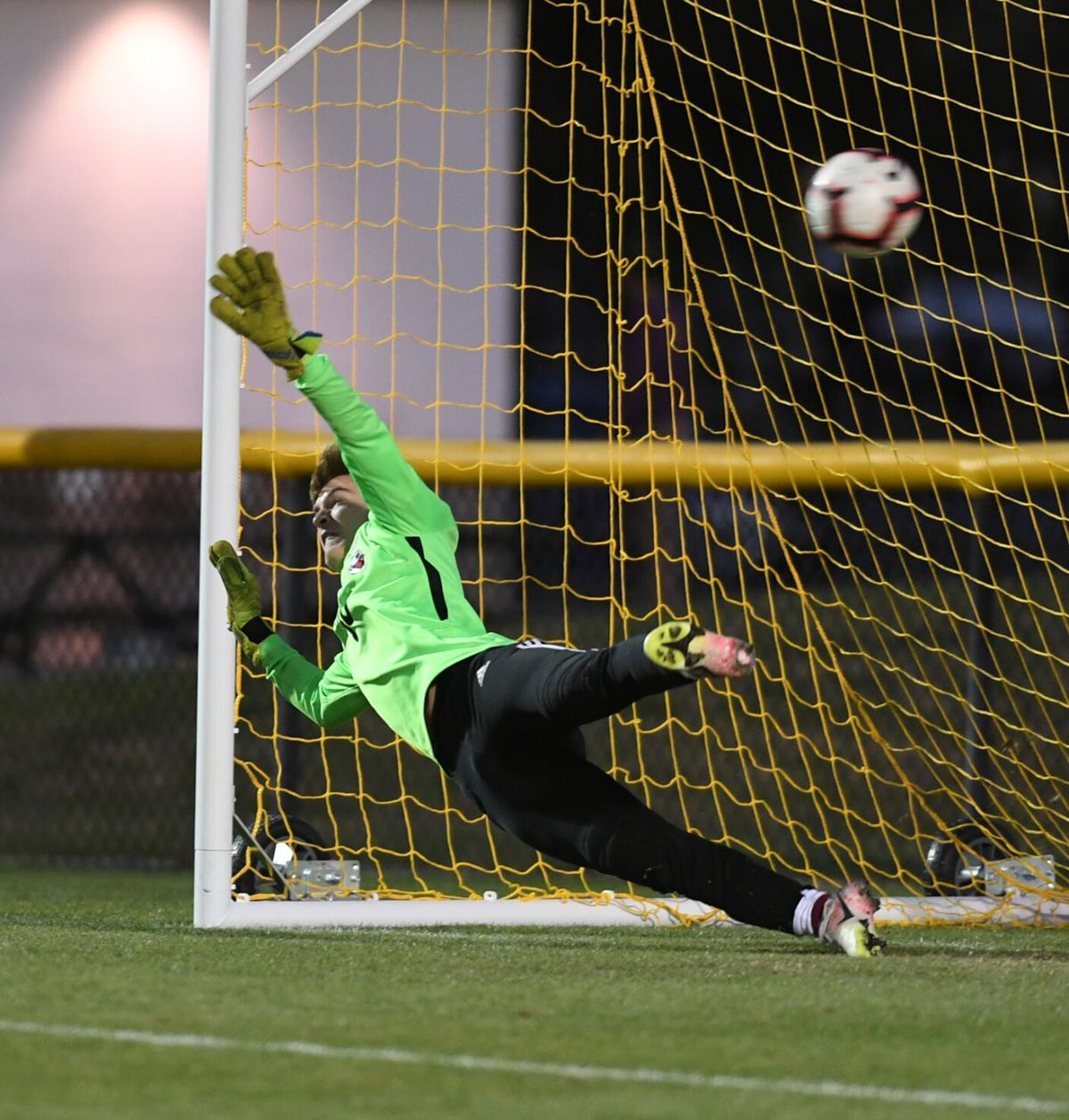 ED White's GK can't get to the ball on University's first goal in the second half of University High's 4-2 division III boys semifinal loss to E.D. White Saturday at U-High's Gill Stadium.

ED White's GK can't get to the ball on University's first goal in the second half of University High's 4-2 division III boys semifinal loss to E.D. White Saturday at U-High's Gill Stadium.

The University Lab boys soccer chance for a three-peat came to a close Saturday night.

The two-time reigning state champions and No. 1 overall seed fell short of a third consecutive title run in a 4-2 loss to No. 5 E.D. White in a Division III semifinal, marking their first loss to a divisional opponent since the 2018 semifinals.

“It’s been great,” senior keeper Ben Maas said. “It’s not a big class but we had some fun and we stuck with it. Just would’ve wished for a different ending.”

Converting chances off set pieces was the key to Saturday night. All six goals stemmed from set pieces.

U-High (13-2-3) opened scoring in the 10th minute after Rider Holcomb buried a penalty kick to give the Cubs a 1-0 lead. But E.D. White (16-3-3) responded in the 23rd minute when U-High failed to clear a long free kick, leaving the net open for Patrick Lyons to slam home the equalizer.

The Cardinals of Thibodaux took their first lead just minutes after the second half kickoff. Eli Servat headed in a long throw into the box. They then jumped to a 3-1 lead in the 50th minute when Matthew Gros headed in another free kick.

“We noticed they push up a lot and we tried to get behind them,” E.D. White coach Roger Bimah said. “And then we shot the ball. If you don’t shoot, it can’t go in.”

The Cubs weren’t ready to give up just yet, though. U-High received a shot of life in the 58th minute when Liam Moran bent a 25-yard free kick just under the cross bar to make it a one-score game.

The spark from the goal had U-High threatening to tie the game for the next few minutes, but the Cardinals sealed the win in the 73rd minute with their fourth goal of the night.

U-High finished with 15 shots, including six on goal. E.D. White produced 16 shots with 11 landing on frame.

“It wasn’t for a lack of effort. They worked hard,” Mitchell said. “E.D. White outplayed us, they executed, they finished the opportunities they were given and that’s how it rolled tonight."

Mitchell praised his seniors for their successful run these past four years, especially in earning a No. 1 seed a year after losing six starters. Maas celebrated his teammates for fighting through so many injuries this season.

“We played our hearts out tonight,” Maas said. “Just couldn’t come down with it.”