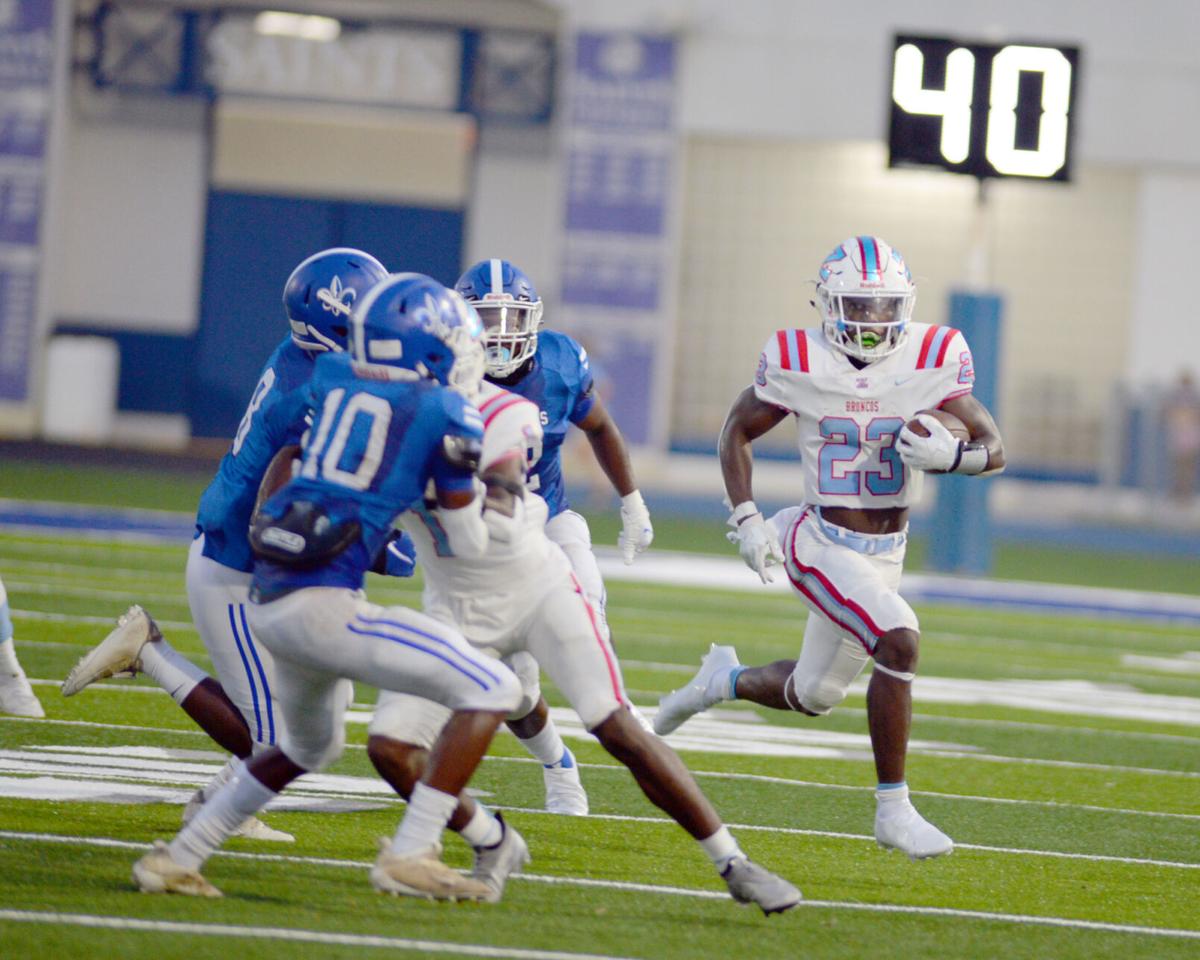 Zachary Running Back Connor Wisham turns the corner for a big gain as he moves past the West Feliciana defense. Connor went on to score two touchdowns against the Saints. 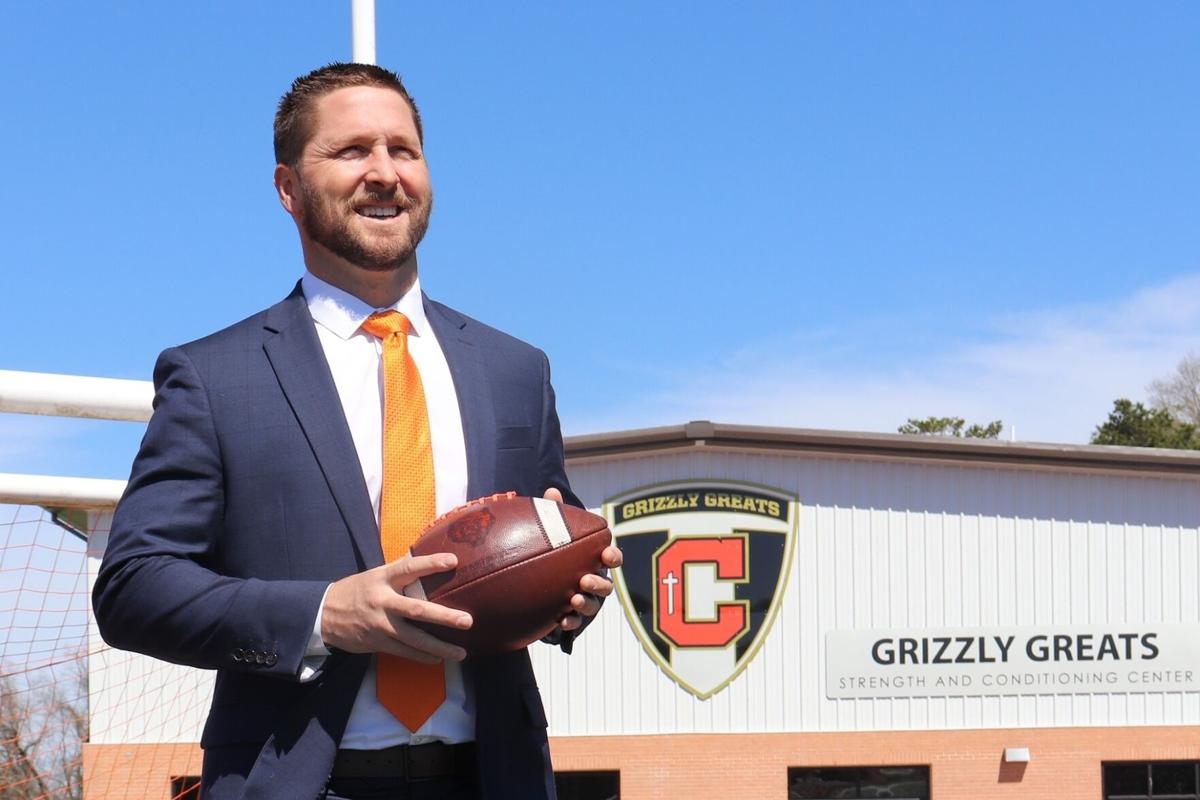 Zachary Running Back Connor Wisham turns the corner for a big gain as he moves past the West Feliciana defense. Connor went on to score two touchdowns against the Saints.

1. Catholic (2-0): The Class 5A Bears, who moved into the MaxPreps Top 25 at No. 20 this week, are the logical choice to lead this group. The win over reigning 5A champion Acadiana was impressive and up next is West Monroe.

2. Zachary (2-0): In two weeks, the Class 5A Broncos have outscored their opponents 97-8. A Saturday game vs. St. Augustine in New Orleans will provide an important test for a Zachary team that has excelled in all phases of the game so far.

3. Scotlandville (1-0): Hurricane Ida kept the Hornets from playing in Week 1. In Week 2, they quickly put things together and posted an impressive Thursday win over East Ascension. SHS hosts Warren Easton … another solid test.

4. Madison Prep (2-0) and University (2-0): Hard to separate these two Class 3A teams right now. Two big wins over Class 5A teams puts the Class 3A U-High right at the top with Baton Rouge elite teams in the highest classes. Reigning 3A champion Madison Prep ousted St. Thomas More Week 1 and then beat rival Southern Lab in Week 2. Lots to like about these teams.

6. Southern Lab (0-1): The Kittens led Madison Prep in the fourth quarter of their game last Thursday. Yes, Southern Lab is a Class 1A  team. But the Kittens return a wealth of experience and are eager to prove they can advance past the semifinals this year.

7. Woodlawn (0-1): There is no question about the talent and potential the Class 5A Panthers have. They beat Madison Prep by one point in a jamboree and then sat out Week 1 before losing to U-High last week. It will be interesting to see how this Woodlawn team evolves.

8. Dutchtown (1-0): The Griffins notched an easy win over longtime Shreveport power Evangel Christian with RB Dylan Sampson playing a lead role. DHS is among the teams that could move up on this list as the season progresses.

9. East Ascension (0-1): That Week 2 loss to Scotlandville was a tough one and it came after a three-week layoff. Like District 5-5A rival Woodlawn, EAHS is blessed with size and skill. How the Spartans utilize those gifts in the weeks ahead is worth watching.

10. The Dunham School (1-1) and Liberty (1-0): After a nice Week 1 win over Parkview Baptist, the Class 2A Tigers stepped out of their comfort zone and played 5A Mandeville on the road. Don’t be surprised if that loss is something Dunham builds on. Liberty is expected to have a learning curve in its first varsity season. That can still be a thing. But a big victory over White Castle is a nice starting point and enough to nail down a spot in this group. Can they keep it? That also is worth watching.