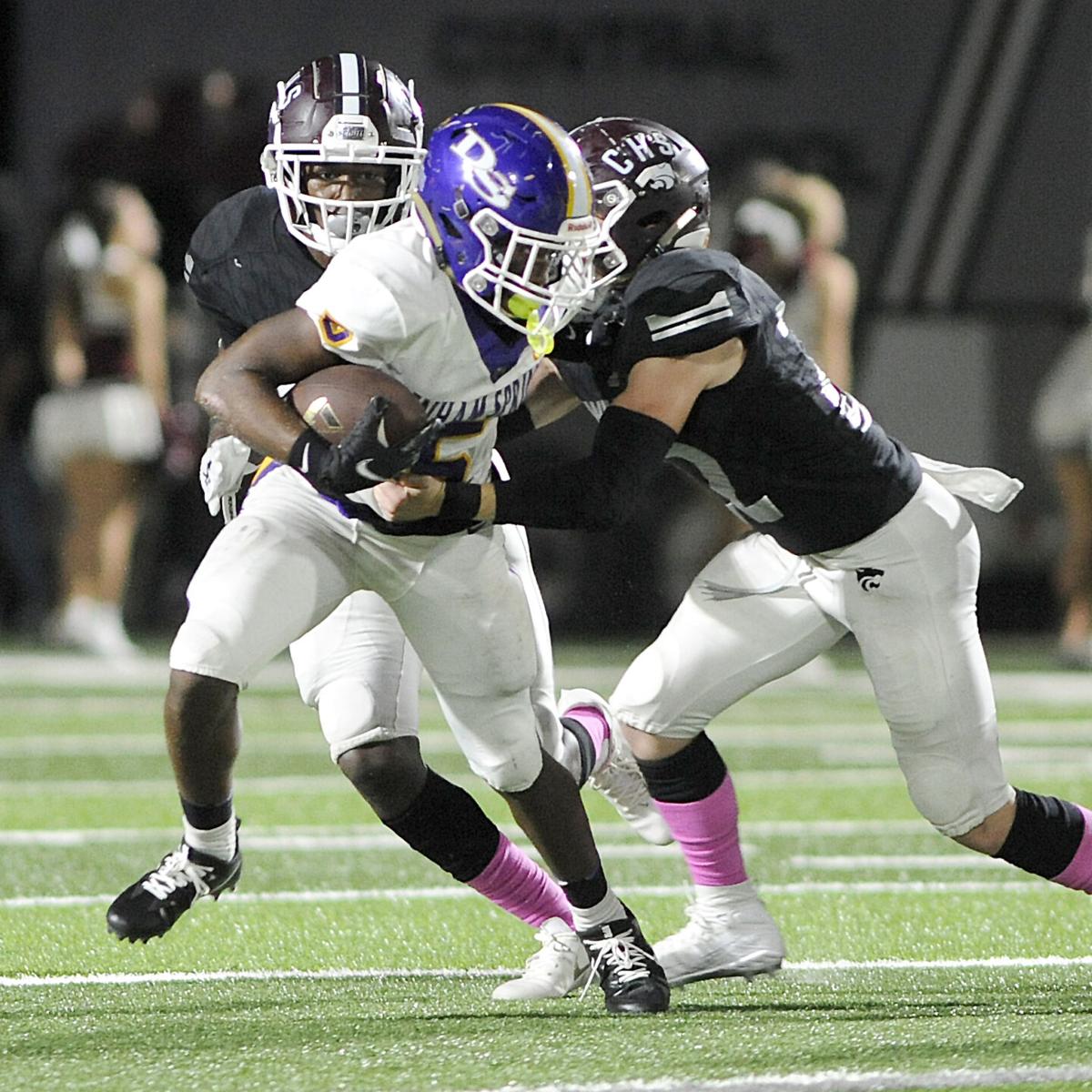 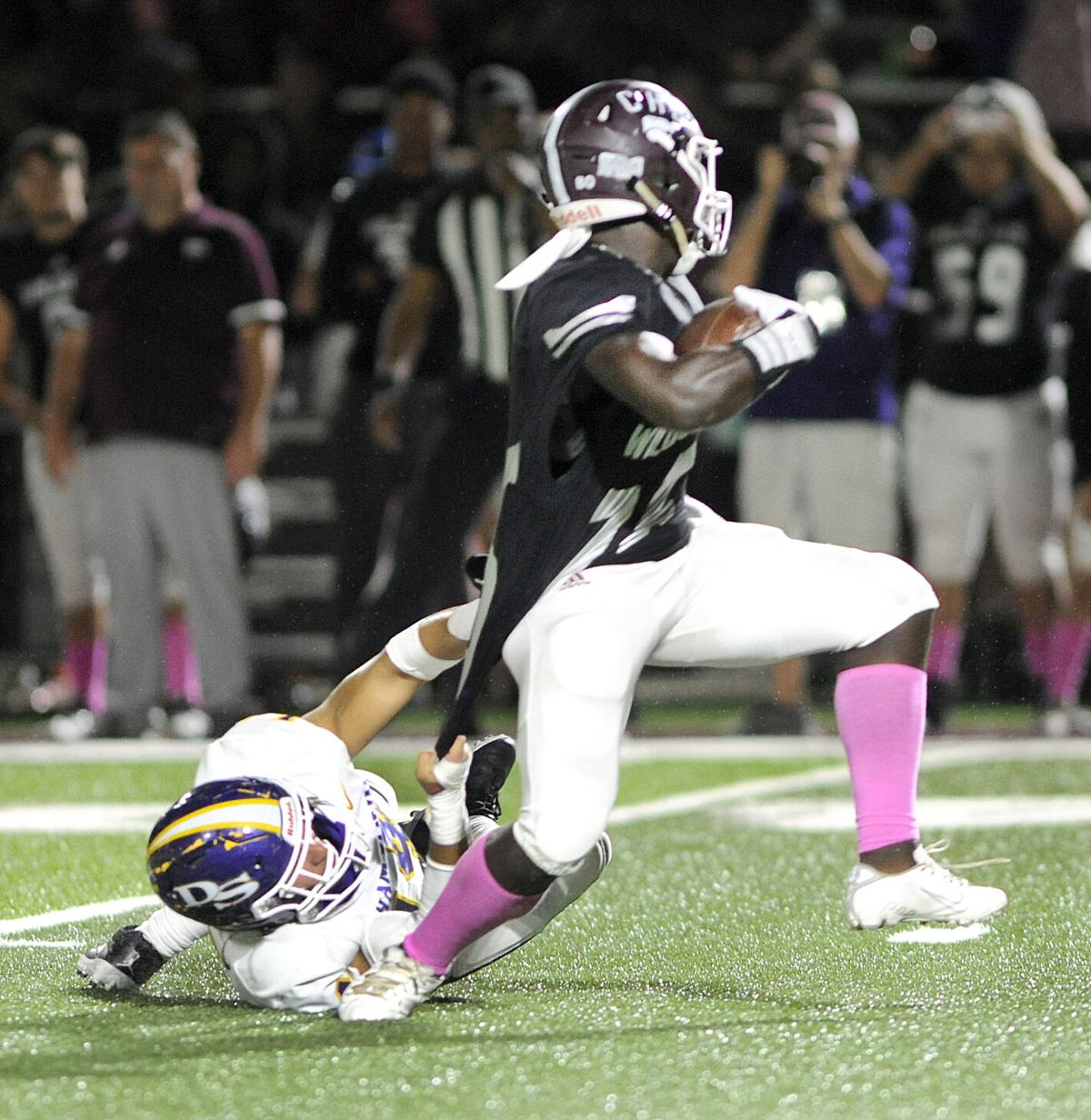 Central's Glen Cage is caught from behind by Denham defender Ethan Foster on Friday night in Central. 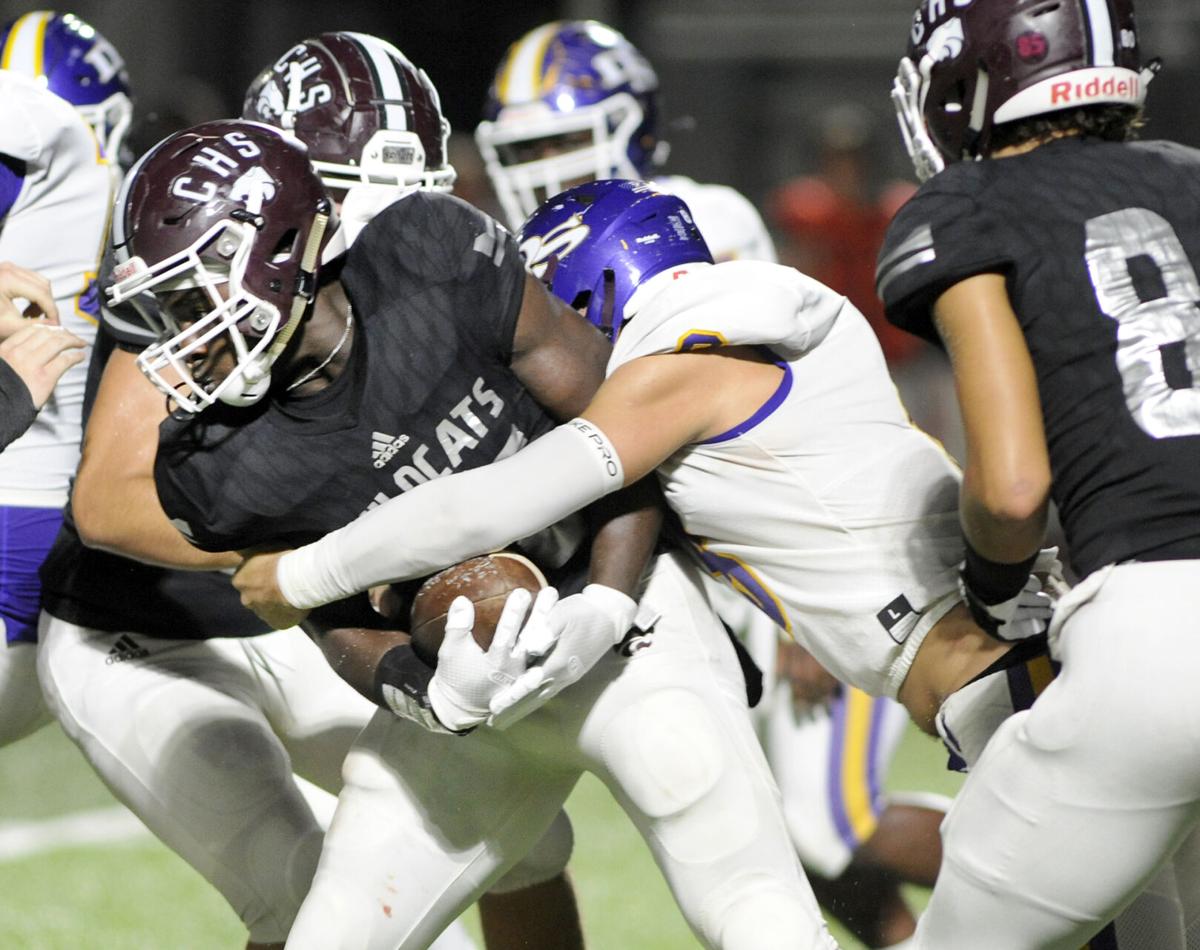 Central running back Glen Cage is tackled by Denham defender Hayden Rushing as he runs up the middle on Friday night in Central.

Central's Glen Cage is caught from behind by Denham defender Ethan Foster on Friday night in Central.

Central running back Glen Cage is tackled by Denham defender Hayden Rushing as he runs up the middle on Friday night in Central.

Some football games are a matter of give and take. For Central, it was a matter of taking what was given.

A halftime tweak to blocking schemes and the decision to throw a deep pass early helped Central score 27 second-half points to claim a 34-7 victory over Denham Springs Friday night at Wildcat Stadium.

“In the locker room we talked about it,” running back Glen Cage said. “We knew we could execute better and make plays. We got hyped up and did it.”

Cage scored on a 75-yard run in the second quarter to tie the game at 7-7. He finished with 167 yards on 21 carries and scored two touchdowns in the rivalry game that also was the District 4-5A opener for both teams.

“They (Deham Springs) were controlling the tempo. When we got the opportunities in the second half, we took advantage of them.”

The Wildcats had the two biggest offensive plays of the first half with Cage’s 75-yard run and a 29-yard run by Swift.

But Denham Springs had the best drive. DSHS drove to the Central 18 on the game’s first possession. Noah Hood’s 35-yard field goal was blocked.

The Yellow Jacket defense scored the game’s first points when Mason Edwards intercepted a Swift pass and returned it 28 yards for TD seconds into the second quarter.

Central took the second-half kickoff and executed a rapid-fire, 80-yard drive that ended with Swift throwing a 48-yard TD pass to Jarien Brown at the 10:02 mark.

A 50-yard punt return by Tyler Heil set up an 18-yard TD run by Veal less than three minutes later. Gage scored an 11-yard run with 2:48 to go in the third period, effectively putting the game out of reach.

“There are some things we have to clean up and it starts with me,” DSHS coach Brett Beard said. “People talk about us having bad luck with injuries and other things.

“But part of that was us not having guys in the right position. That’s what we have to focus on … this one is over. We have to move on and we have to learn to play 48 minutes.”