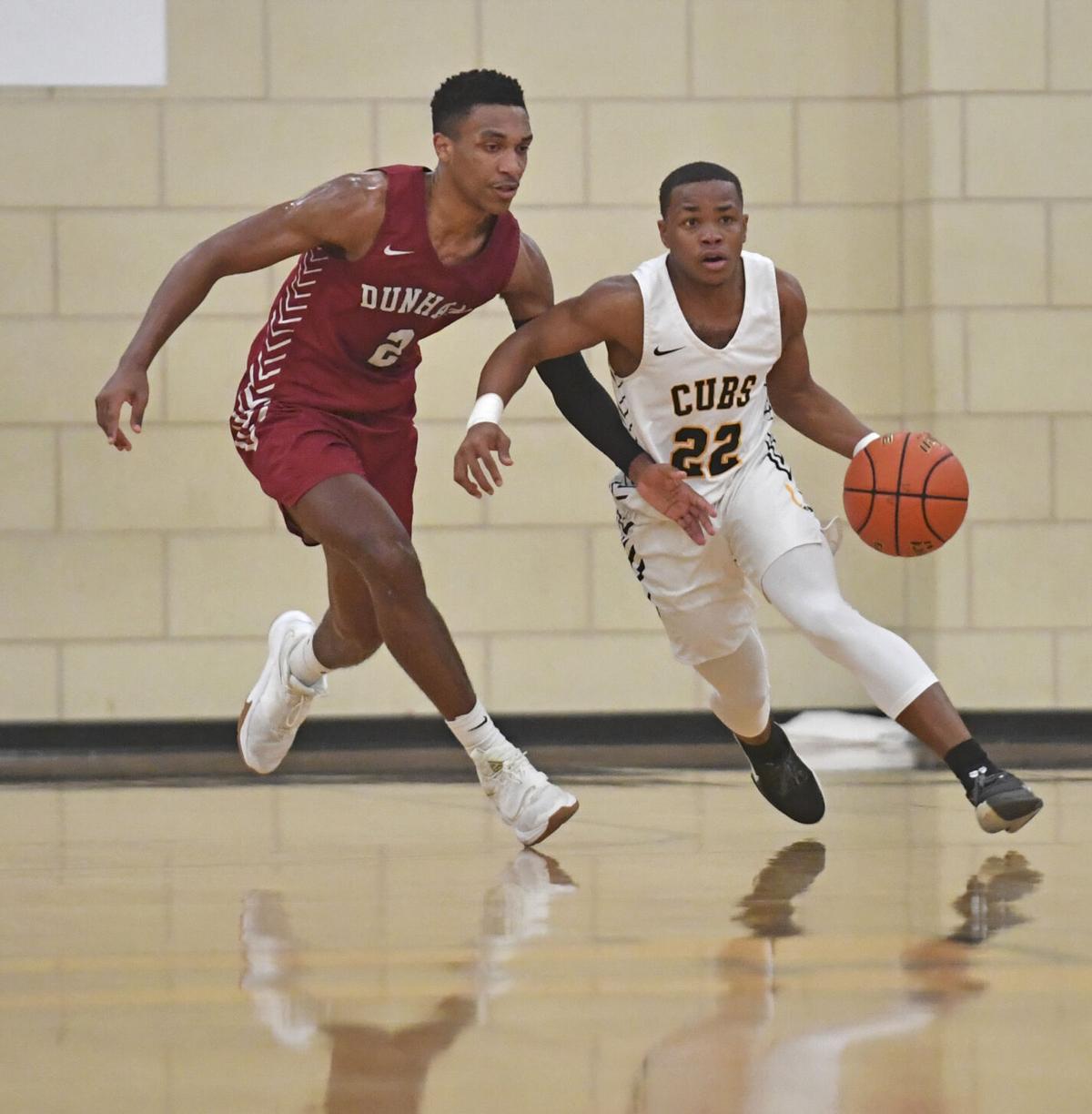 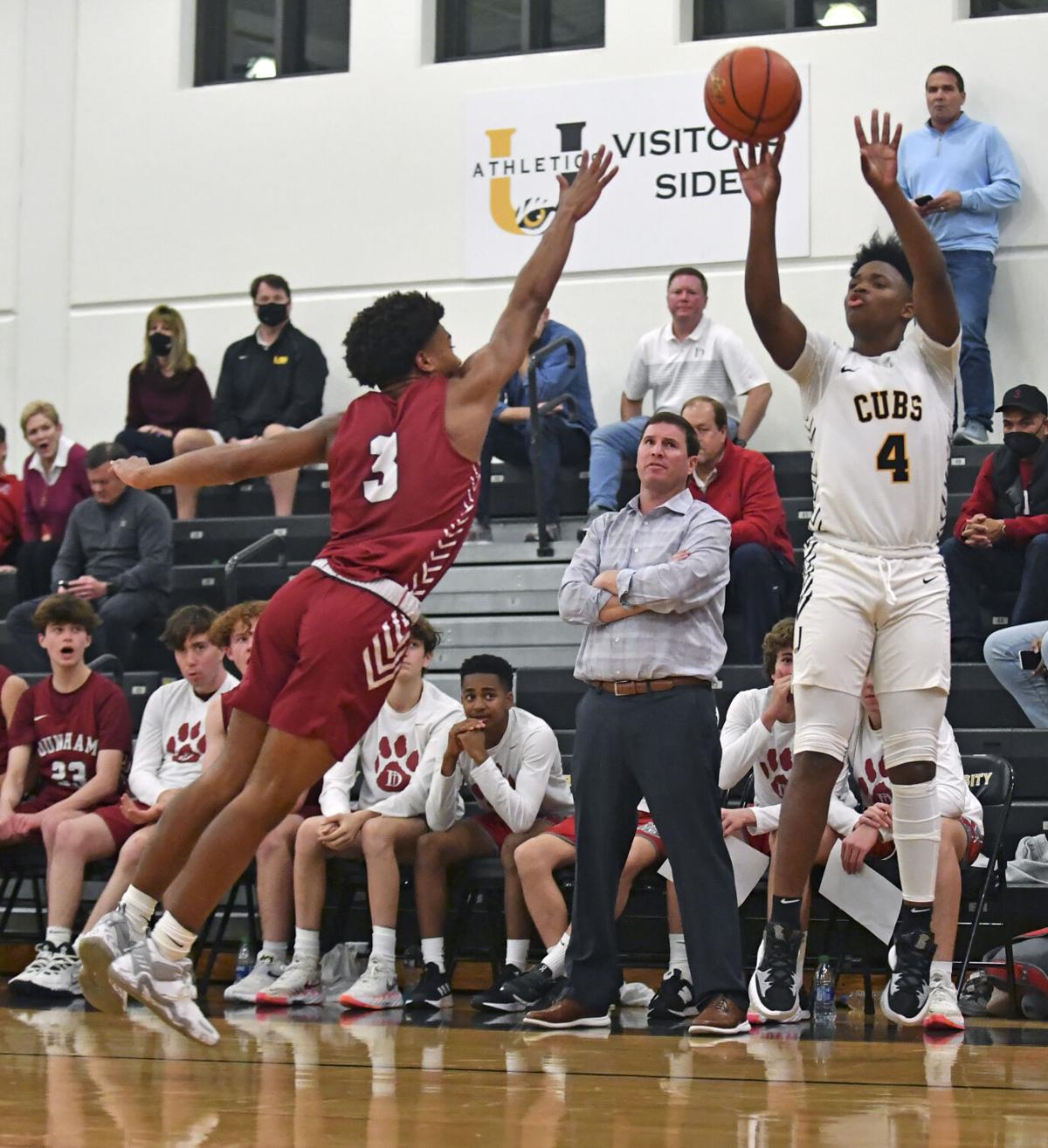 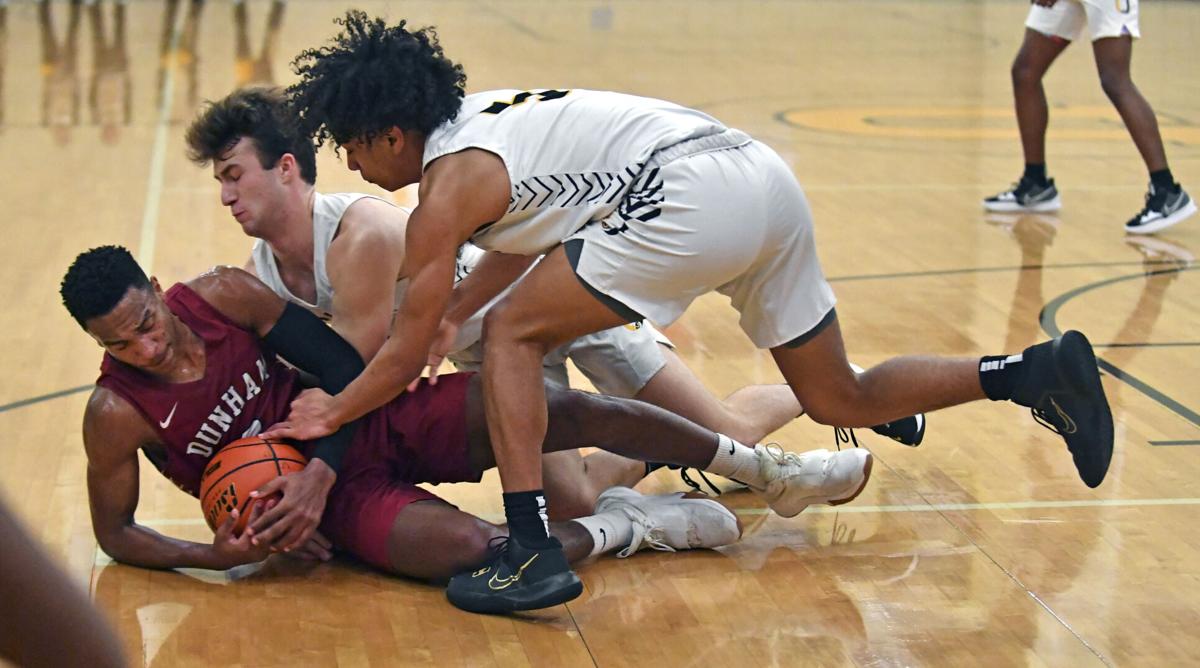 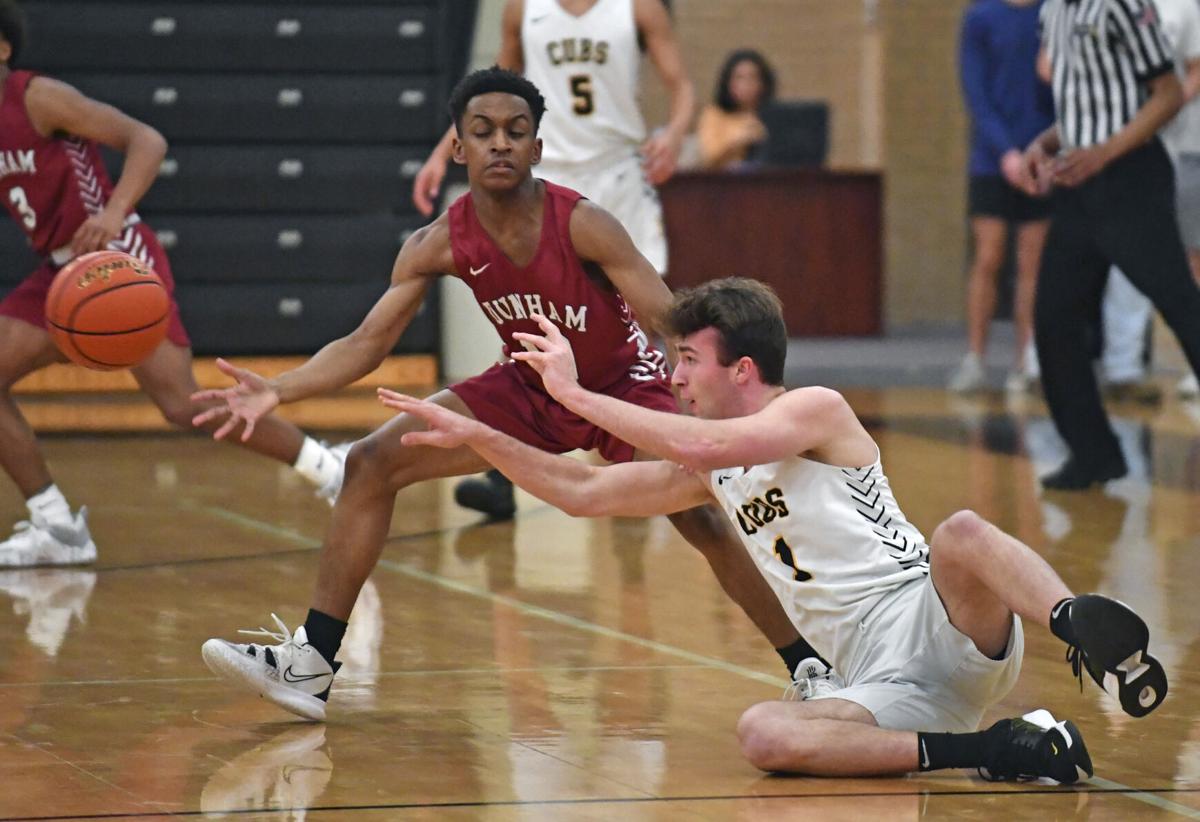 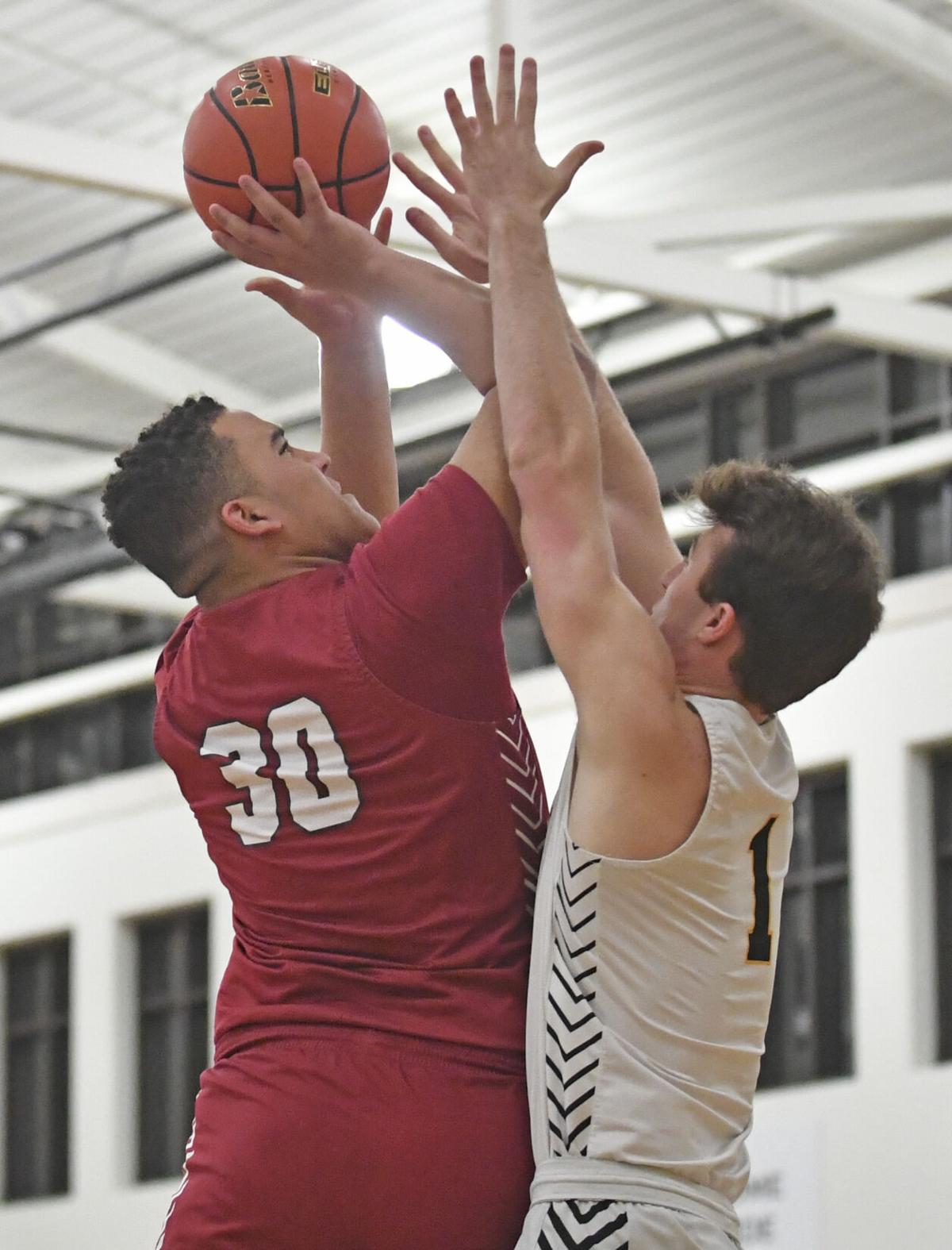 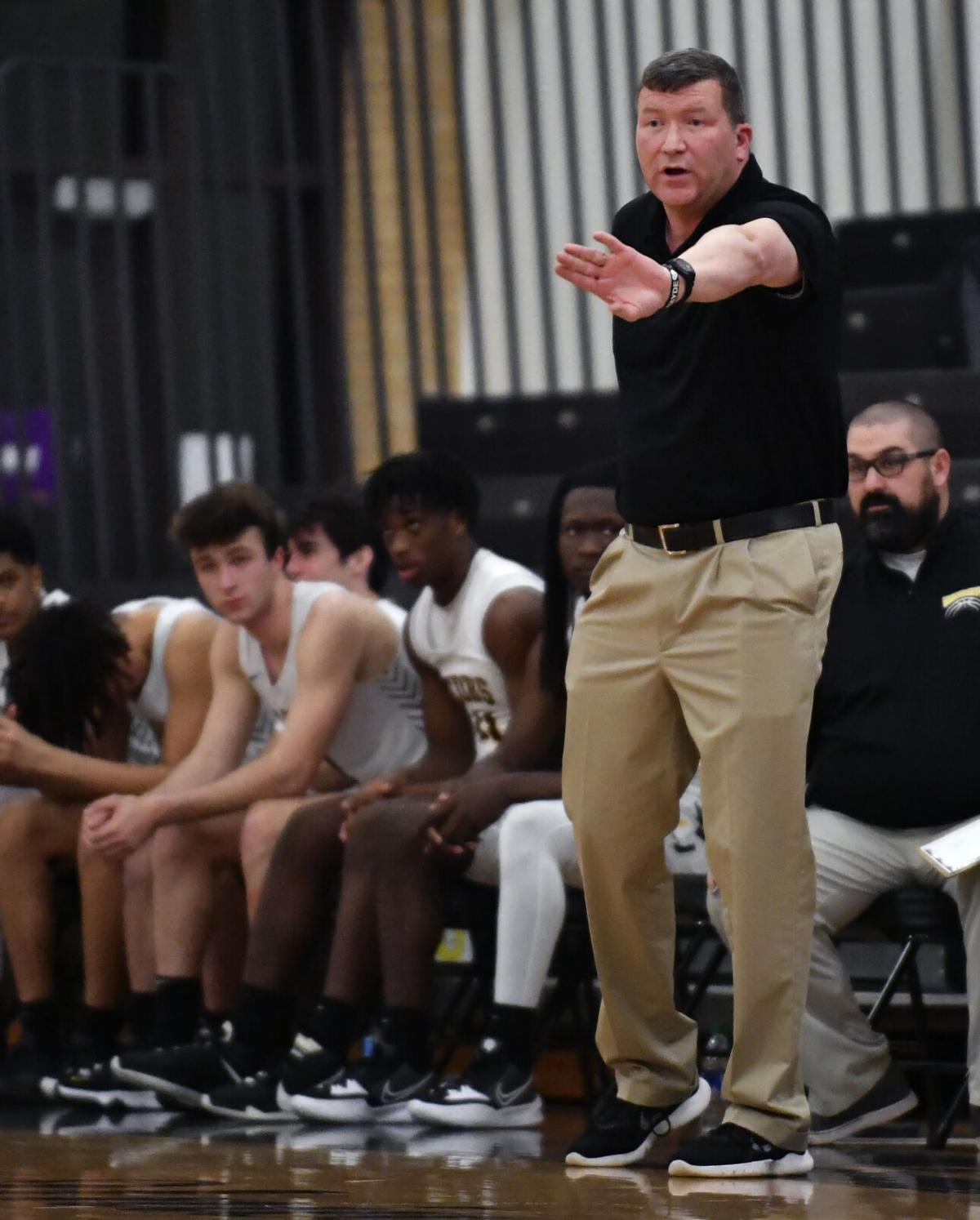 University High’s boys basketball team used its depth of 15 players to press most of the time against The Dunham School and force turnovers and get out and run Friday night.

The Cubs really used this formula in the middle quarters in an easy 63-37 victory. U-High outscored Dunham 24-9 in the second quarter and 18-6 in the third quarter.

University (10-4) is starting to round into a cohesive unit in the past two weeks after adding its football players to the roster. Zaren James, a 6-foot-5 senior, led the Cubs with 20 points and Collin Coates added nine points and 10 rebounds. Ten players scored for the Cubs, who also forced 20 turnovers.

“The kids did a really job with the press for the most part,” University coach Joe Spencer said. “We want to wear the other team down. I was really proud of the team tonight. Collin Coates is good inside for us. The team did a good job of crashing the glass. All 15 guys played hard.”

Spencer said Darryl Hurst stood out defensively at the top of the press. “We dove on the floor five times tonight for loose balls, and Darryl set the tone for us,” Spencer said.

Dunham (12-10) kept things close in the first quarter. Brandon Wharton scored on a drive towars the end of the quarter to cut the U-High lead to 16-12. University went on a 16-3 run in the first five minutes of the second quarter to take control. James scored 16 of his 20 points in the first half.

Dunham coach Chad Myers said his team had been playing well the past few weeks, but took a step back against U-High.

“We played soft tonight,” Myers said. “I thought we had turned the corner. We went back to the way we were playing earlier in the year. We turned the ball over too much and missed layups. We took a huge step backwards.”

Myers fields an inexperienced team with no seniors.

“Joe does a great job coaching University and they played well,” Myers said. “They’re very disciplined. I didn’t want to go zone against them because they have too many good shooters. We had some matchup problems with our man defense. University has a shot in Division II for sure.”