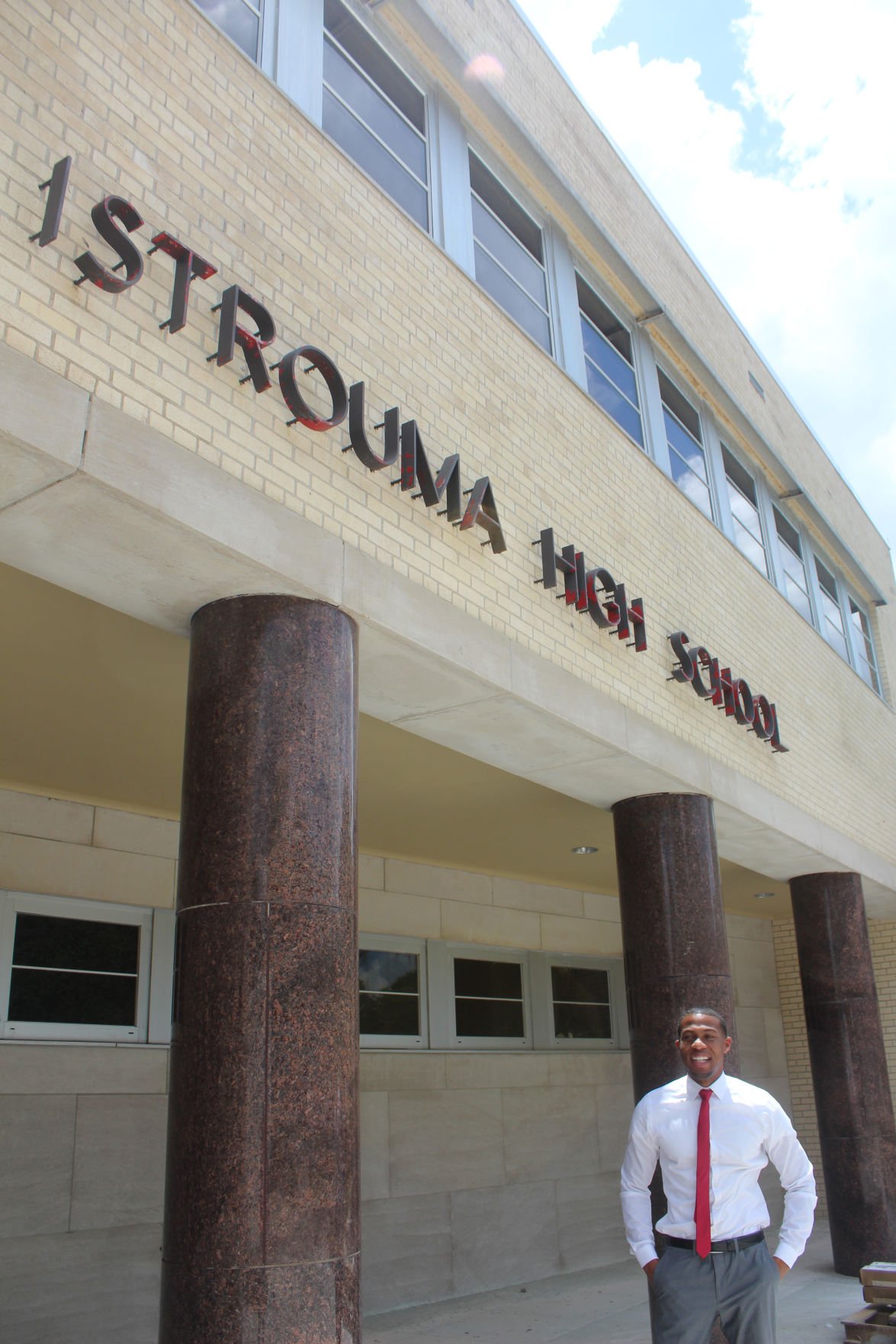 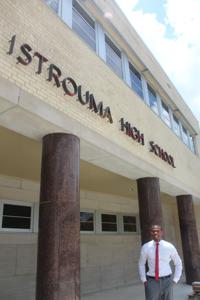 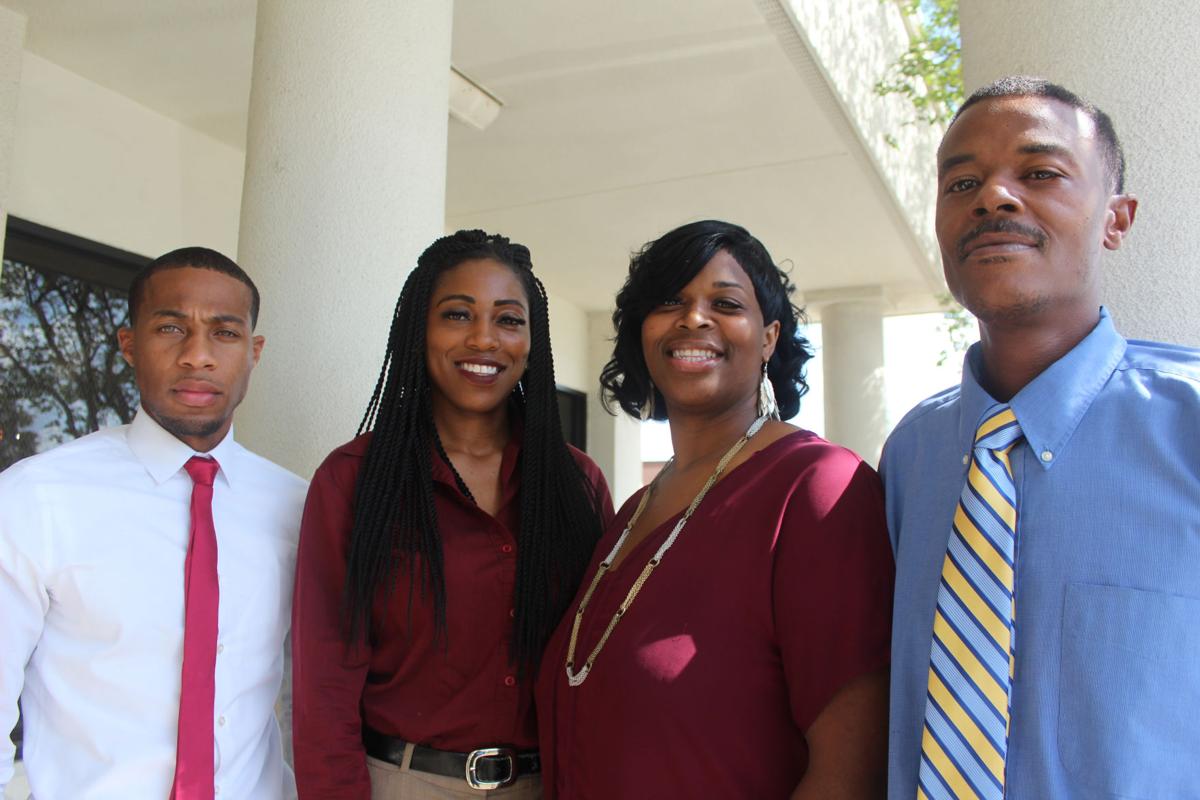 Jeremy Gradney looked the part of a young entrepreneur as he surveyed the grounds and spoke to two construction workers.

A maroon tie was a proper complement to Gradney’s crisp dress shirt and pants. The right look for a guy primed to tackle business.

The 30-year-old gushes about tackling his new job, football coach at Istrouma High. Gradney’s story is part of the eclectic Istrouma reboot the East Baton Rouge Parish school system is launching this fall.

“This actually is a dream job in my opinion,” Gradney said. “I’ve taught so many kids from the area that I feel like I’m naturally tied to it. Istrouma has been missed by the community, and I think by its rivals, too. It’s important to Baton Rouge. Building from the ground up … I like the idea.”

Gradney surveyed the grounds outside the Winbourne Avenue campus, understanding it is a work in progress. The $24.1 million renovation project championed by East Baton Rouge School System Superintendent Warren Drake is ongoing.

It is a sprint and a distance race all rolled into one. Melding north Baton Rouge’s past and hopes for the future into one is the objective for the renewed Istrouma. Principal Reginald Douglas is hiring coaches, teachers and staff from an office in nearby Winbourne Elementary, waiting until July 24 to get the keys to the school that is set to welcome ninth- and 10th-grade students for classes in August. Middle school students join the mix in January.

This is a sprint for Douglas, a former Istrouma teacher and assistant basketball coach. Athletics, Douglas notes, is about going the distance. The Indians were readmitted to the LHSAA earlier this month, but won’t play varsity sports for two years as the school expands to include 11th and 12th grades. A new football stadium/all-weather track won’t be complete until December, yet another piece in the broad-base plan.

“I feel like it is my destiny to be at Istrouma High School at this time,” said Douglas, who spent the past six years as principal at St. Helena College and Career Academy, formerly St. Helena Central High. “I feel like what I’ve been through at my previous school has prepared me.”

Academic issues, including poor test scores, put Istrouma into Louisiana’s Recovery School District in the final years before it closed at the end of the 2013-14 school year. That fact, coupled with Capitol High’s conversion to a charter school, left the EBR system without a high school in the 70805 zip code, something Drake fought to change.

The other three coaches listen intently as Noah-Williams, who spent the past seven years at Broadmoor Middle School, holds court.

“You understand that I am Miss Istrouma,” she says with a smile. “I was the first of four siblings who all graduated from Istrouma. I played there, and I was an assistant coach there for five years. This is my passion, this is my everything, just to have the chance to be back at Istrouma.”

Gradney’s hiring was finalized earlier this week, something Noah-Williams, a 2002 Istrouma graduate, said has been noted by alumni.

“Jeremy … they are looking for you,” Noah-Williams said. And like Gradney, she is looking for prospective players with a plan to begin off-campus workouts in July, if possible. The school will start with a base of more than 400 students from Belaire High.

A handful of additional students have registered. Getting the word out through local churches, restaurants and stores is ongoing. Douglas and the coaches plan a canvas of the neighborhood.

Gradney and Noah-Williams also will make the trek to an EBR storage facility to inspect uniforms and other equipment put into storage when Istrouma closed. They want to start scheduling junior varsity games. Douglas said he is close to hiring a boys basketball coach and could add others, including a wrestling coach.

Noah-Williams’ lesson ends with a touch of eerie symmetry. “You know this is the 100th year anniversary of when Istrouma opened,” she said. “So this is special.”

An anniversary and a rebirth, all in one.

The massive amount of soil that has been smoothed out to become the new football field and track for Istrouma serves as a metaphor for more than just the changes EBR hopes the school will bring. There also is the evolving educational landscape in the area.

Since Istrouma closed, Madison Prep has grown in prominence athletically and academically. MPA is a public charter school that does not charge tuition. It was a Blue Ribbon School of Excellence academically last year. The Chargers won LHSAA boys and girls basketball titles and was a football runner-up. Capitol, now called Friendship Capitol, is also rebranding its campus/school with upgrades.

EBR's plan for Istrouma is unique. Lee High also was closed at one point but got a jump start at another site for a few years before moving into its new state-of-the-art campus last fall. EBR built it, and students keep coming to the Lee campus near LSU for the facilities and progressive course offerings.

Bringing students to a urban-based campus with a great legacy to forge a new identity sounds like a leap of faith. Douglas says faith has little to do with it.

The hook, Douglas says, is a curriculum. It will provide students options to be college ready and/or workforce ready in a way that offers a throwback to Istrouma’s glory days in the 1950s and 1960s. At that time, the breadwinners for many families in the area worked at local chemical plants.

“Our students will start taking AP (advanced placement) courses for college credit as freshmen and as juniors and seniors there will be a lot of dual enrollment,” Douglas said. “We’re also going to focus on process technology as part of our STEM program. It will utilize the petro-chemical industry. Students will be able to take advantage of employment opportunities at plants along the river between here and New Orleans if they choose.”

When asked what sets Istrouma apart, Douglas fires back, “I’ll tell you what separates us from them — if you live in the 70805 zip code, we want you. Those other schools can pick and choose, and we can’t. We feel like we can help every child be successful at Istrouma.”

Athletics as a calling card

Gradney calls the football program the cornerstone of what happens next. “It’s the doormat to the school,” he said.

Of all Douglas’ choices, Gradney was perhaps the least likely. The former Woodlawn High player spent last season as wide receivers coach at Tara and was 0-15 in two seasons as head coach for Mentorship Academy, another EBR STEM school whose athletic development has been slower.

“A lot of people are willing to jump on a ship that’s moving instead of one they are not sure is going to move at all,” Gradney said. “There will be growing pains. I embrace that. We’re building this ship from scratch, and it’s not going to happen overnight.

“I’ve learned so much the last three years. Consistency is what the top programs have. If you establish that, care for your players, and teach them to be good people and students along with being athletes, the rest will come.”

Douglas adds, “The most important thing we can do is service the kids who attend Istrouma and give them everything we can to be successful when it comes to education and extracurricular activities.”

It’s a vision shared by Jackson, a former Northeast High and Southern University sprinter, who has taught in EBR for several years and sought her first coaching job at Istrouma.

“Mr. Douglas wants us to be the best Istrouma High School we can be,” Jackson said. “We need to give them the tools to succeed not just in track, but in life.”

White, who coached for six years at Port Allen High, calls it a "fresh start" many can share.

"I think Istrouma, with its tradition, is a brand name people know,” White said. “We can build on that.”

When Capitol and Istrouma combined to score three touchdowns in just more than a minute, it was obvious that the third game of East Baton Roug…