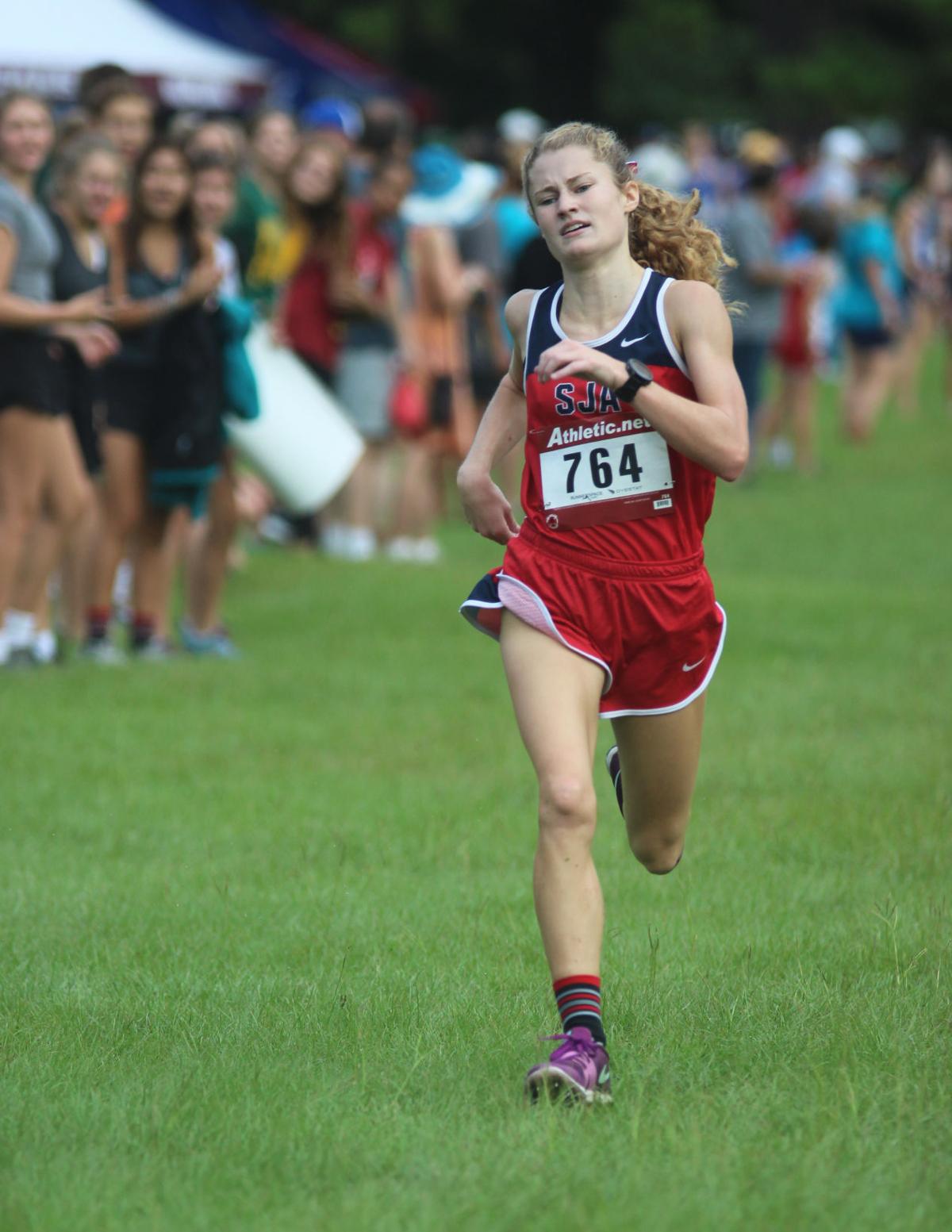 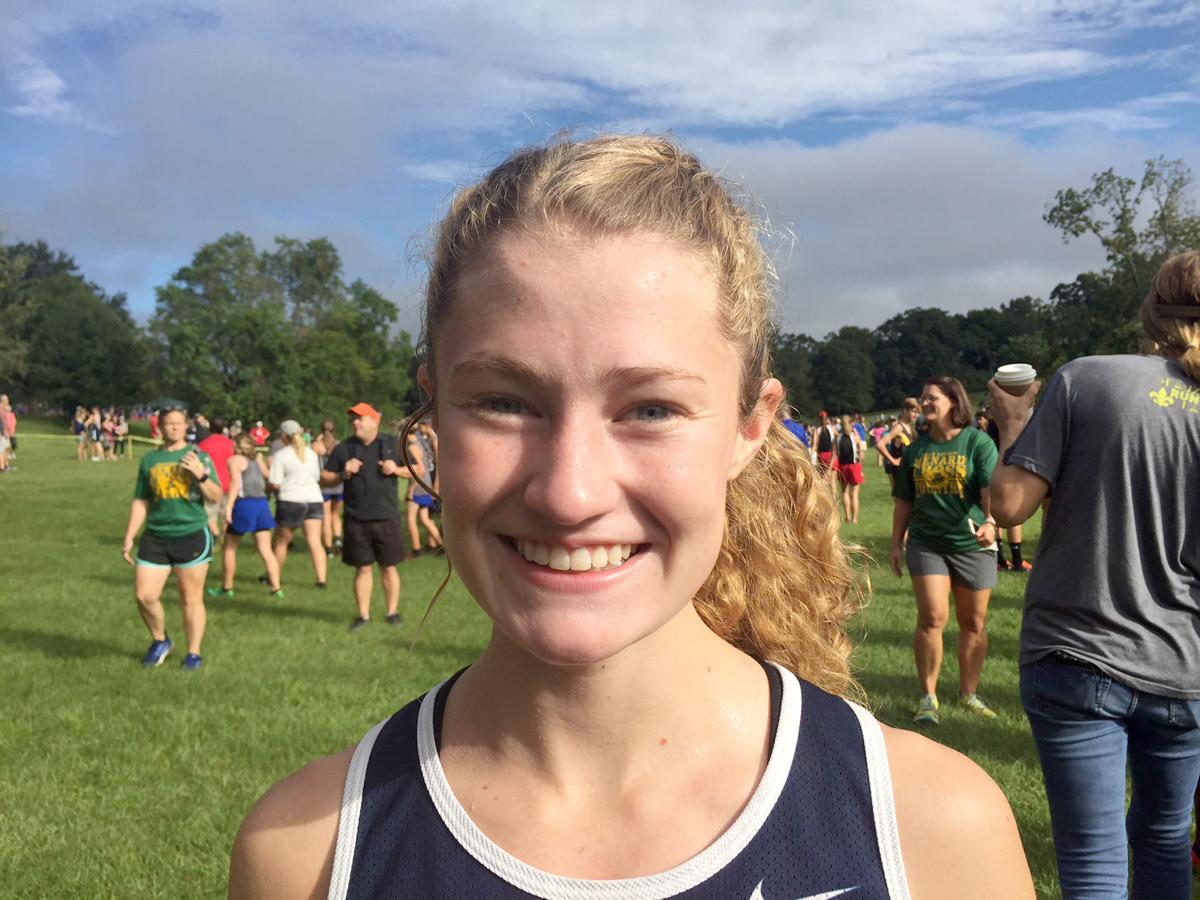 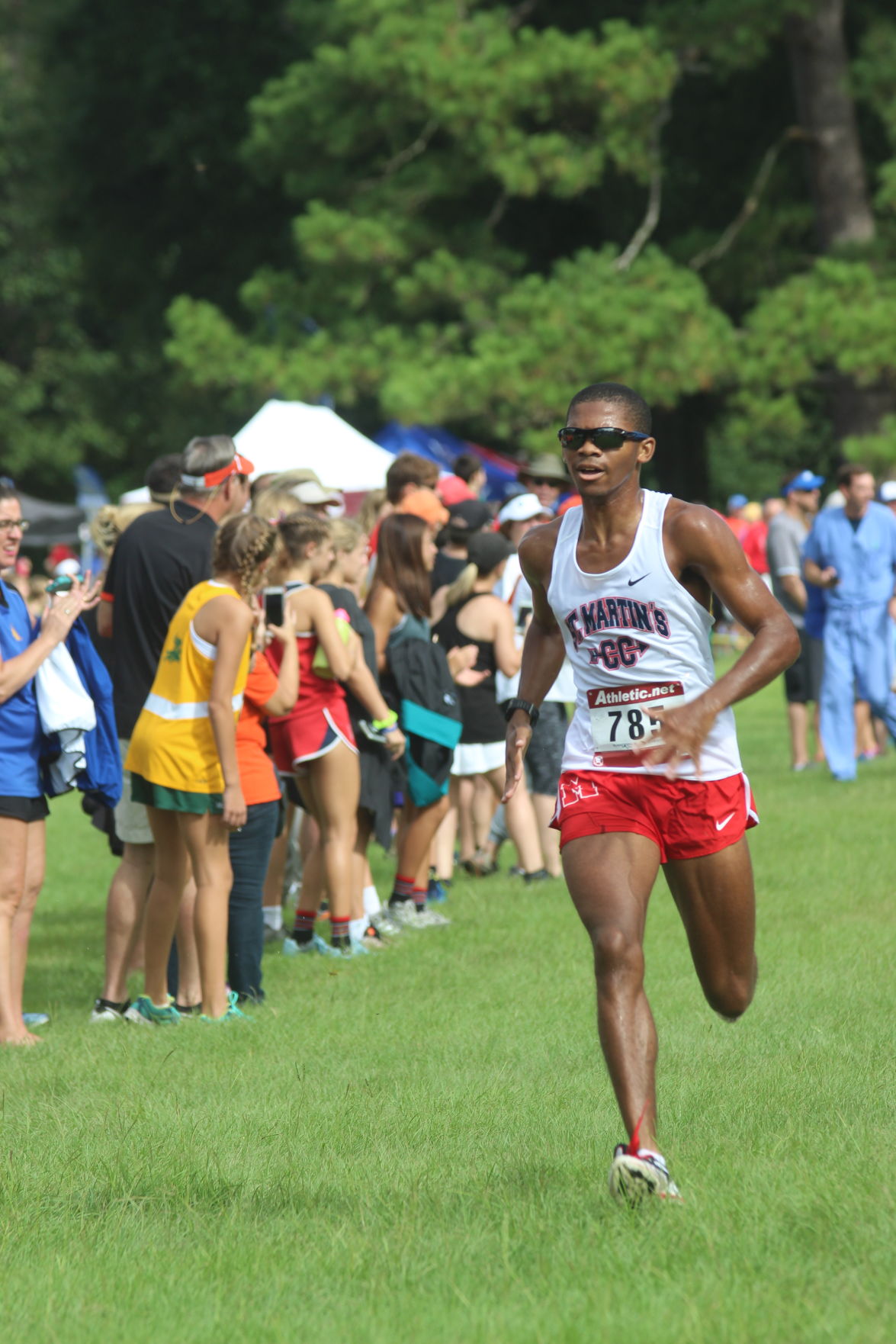 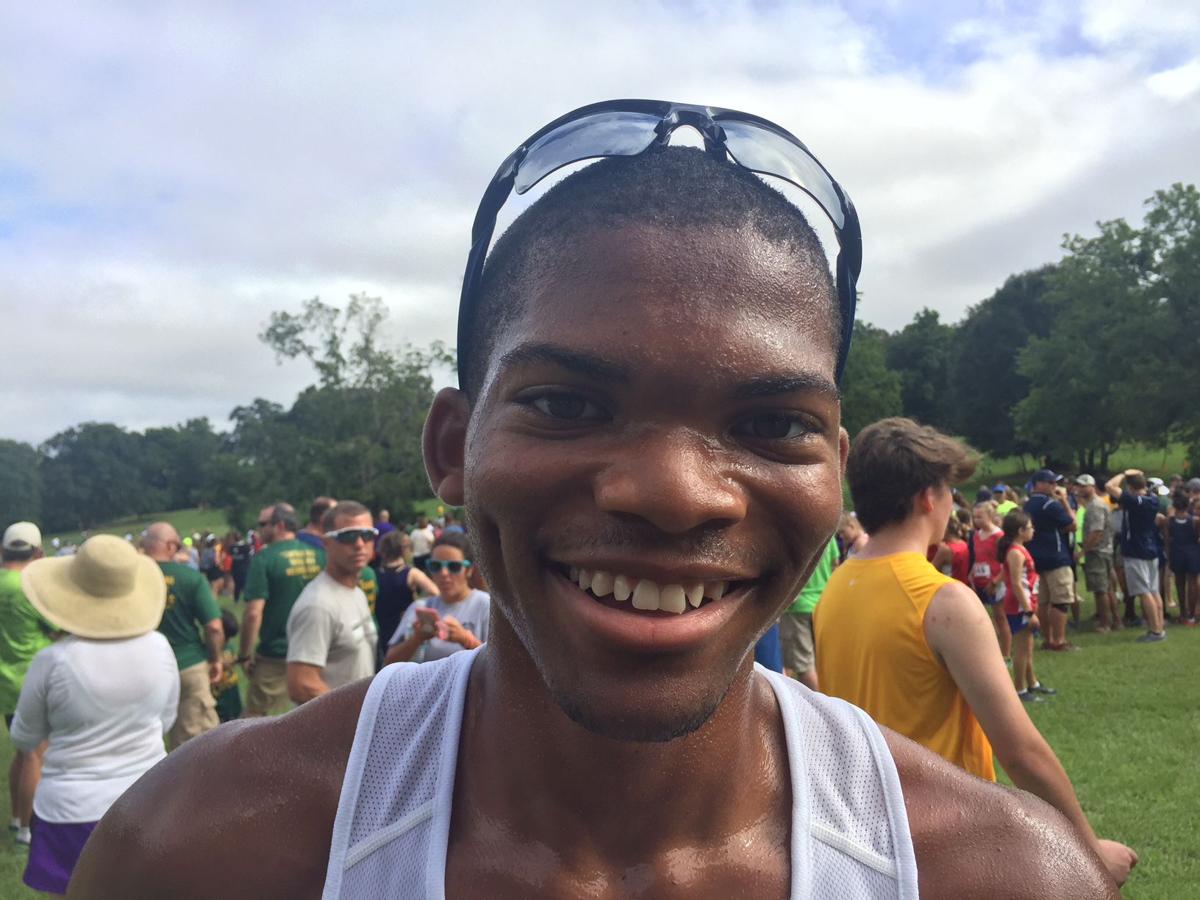 The annual season-opening event that brought 290 varsity runners to Highland Road Park on Saturday was a double feature that melded new individual champions and powerfully predictable team performances together.

A smiling Rico Coleman of St. Martin’s talked between long breaths after a career best time. The senior won the three-mile boys race in 15 minutes, 49.91 seconds (15:49.91).

St. Joseph’s junior Isabelle Brown ran into the spotlight by winning the three-mile girls race in 18:15.47. Her team tallied the incredibly low score of 19 points.

“My plan wasn’t to go out that fast, but I went through the first mile at 5:11,” Coleman said. “Then I was maybe 10:36 at two miles. I really didn’t expect to win. … I thought my teammate (Benjamin Bone) would. This was my best race ever.”

Cooler temperatures, cloud cover and a slight breeze made conditions the best for a season-opening meet in years. Both champions took advantage of them.

“This was so much fun,” Brown said. “We’ve been practicing for it, and to finally get out here and have those race-day jitters and start ... there is no feeling like it. I knew if I went out too fast I could not stay with the lead girls. I waited until we had about a mile and a half (to go) to make a move. I took the lead on my way down the hill.”

The Redstickers did their usual clockwork. Their top seven had a combined time of 1:34.22, six minutes better than second-place Menard, which had 58 points. St. Michael was third at 93.

Catholic’s James Lalonde was second to Coleman at 15:53.91 and ahead of St. Martin’s Bone. Catholic’s Joseph Ellis and Dunham’s John Walker McDonald were next.

“(Brown) ran a real even race,” St. Joseph’s coach Mark LaHaye said. “Her mile splits were consistent. We had some great performances. They crushed it.”

“A few surprised us and a few others weren’t where they thought they would be,” Catholic coach Pete Boudreaux said. “We always preach about depth and having more guys step up. Today they did.”

The Lafayette team of Rosalie Michot, Anni Thompson, Linden Munsell and Taylor Stansbury won in 41 minutes, 51 seconds and finished nine seconds ahead of the Episcopal girls squad. David Whitehurst, Austin Broussard, Todd McInnis and James Christian of Episcopal won the boys race in 32:40. The Knights' B team was second at 34:37.