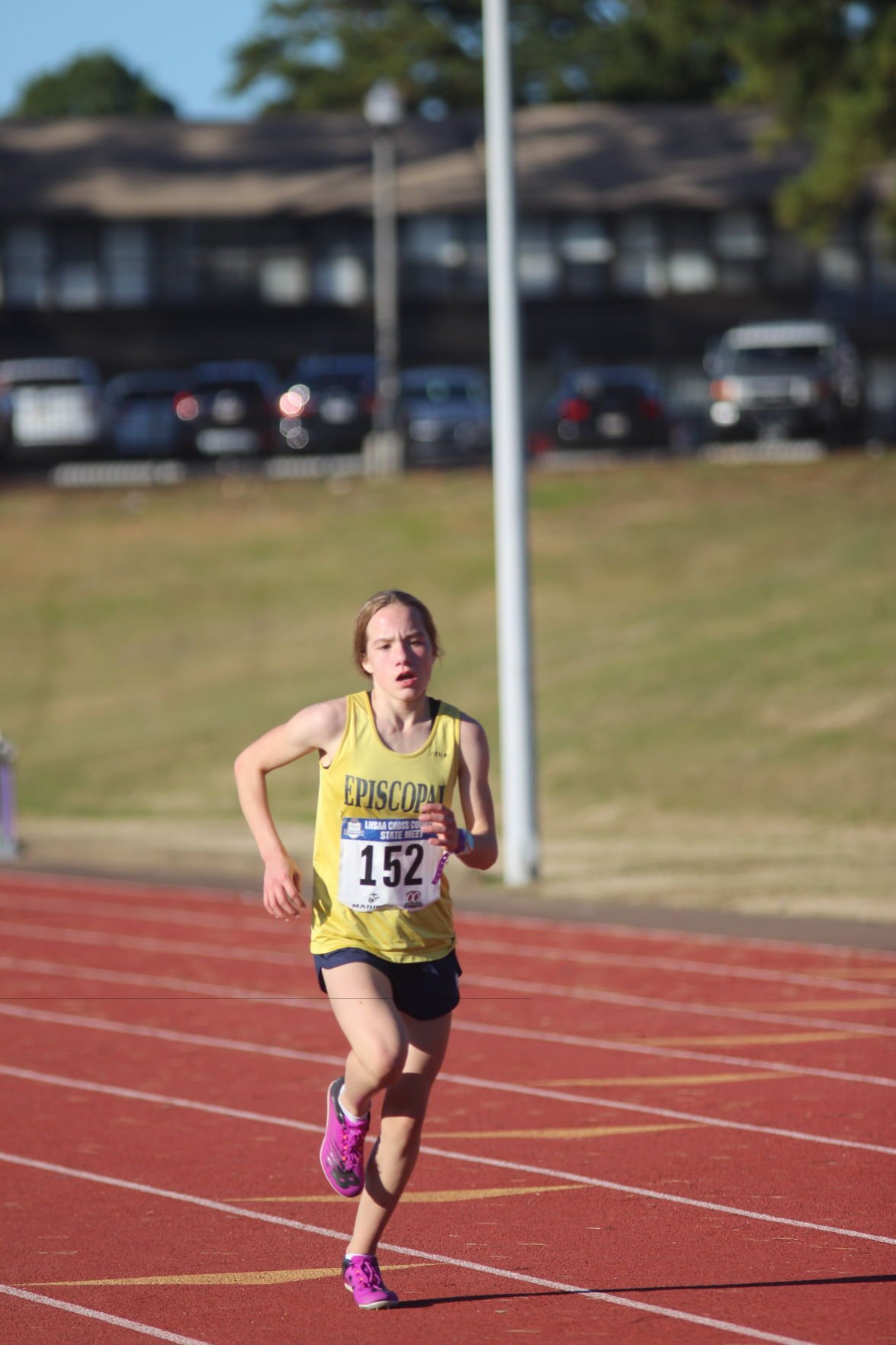 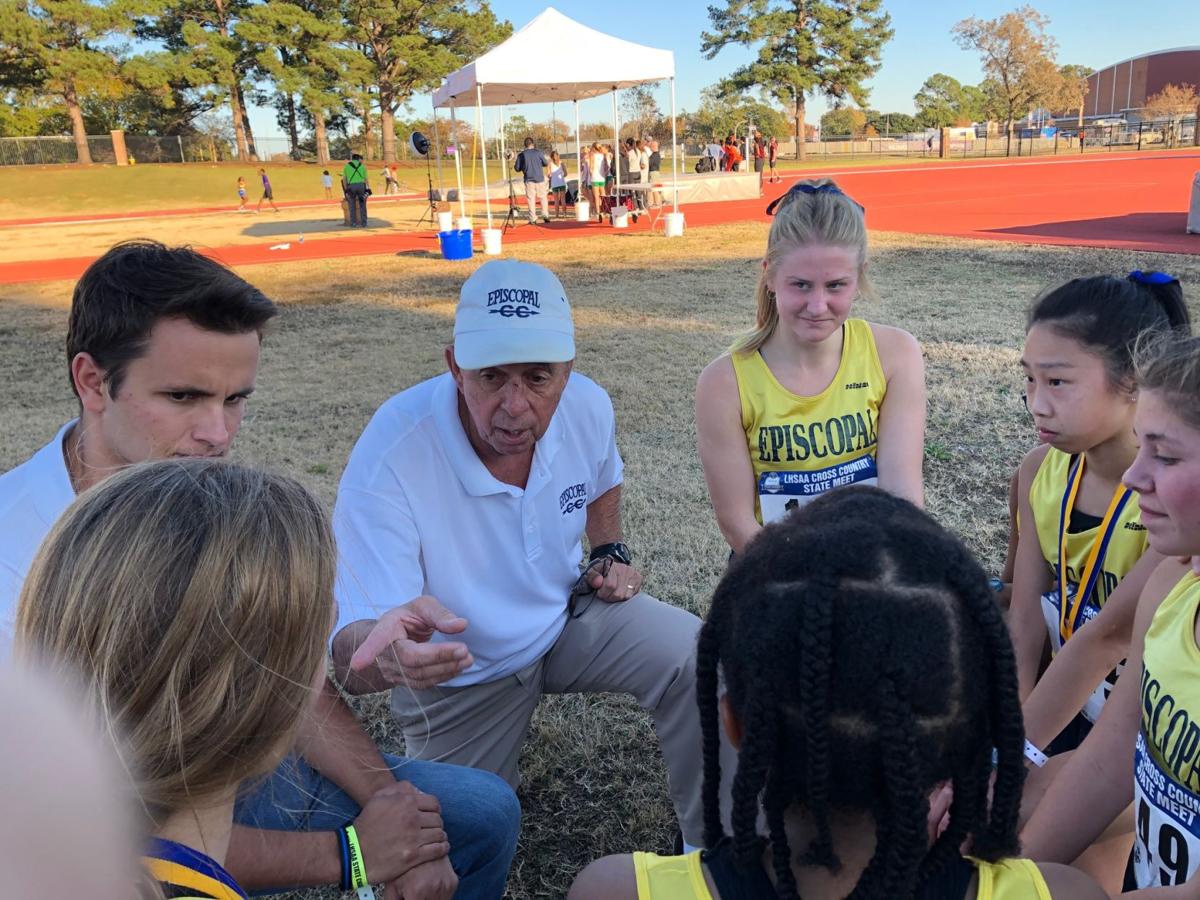 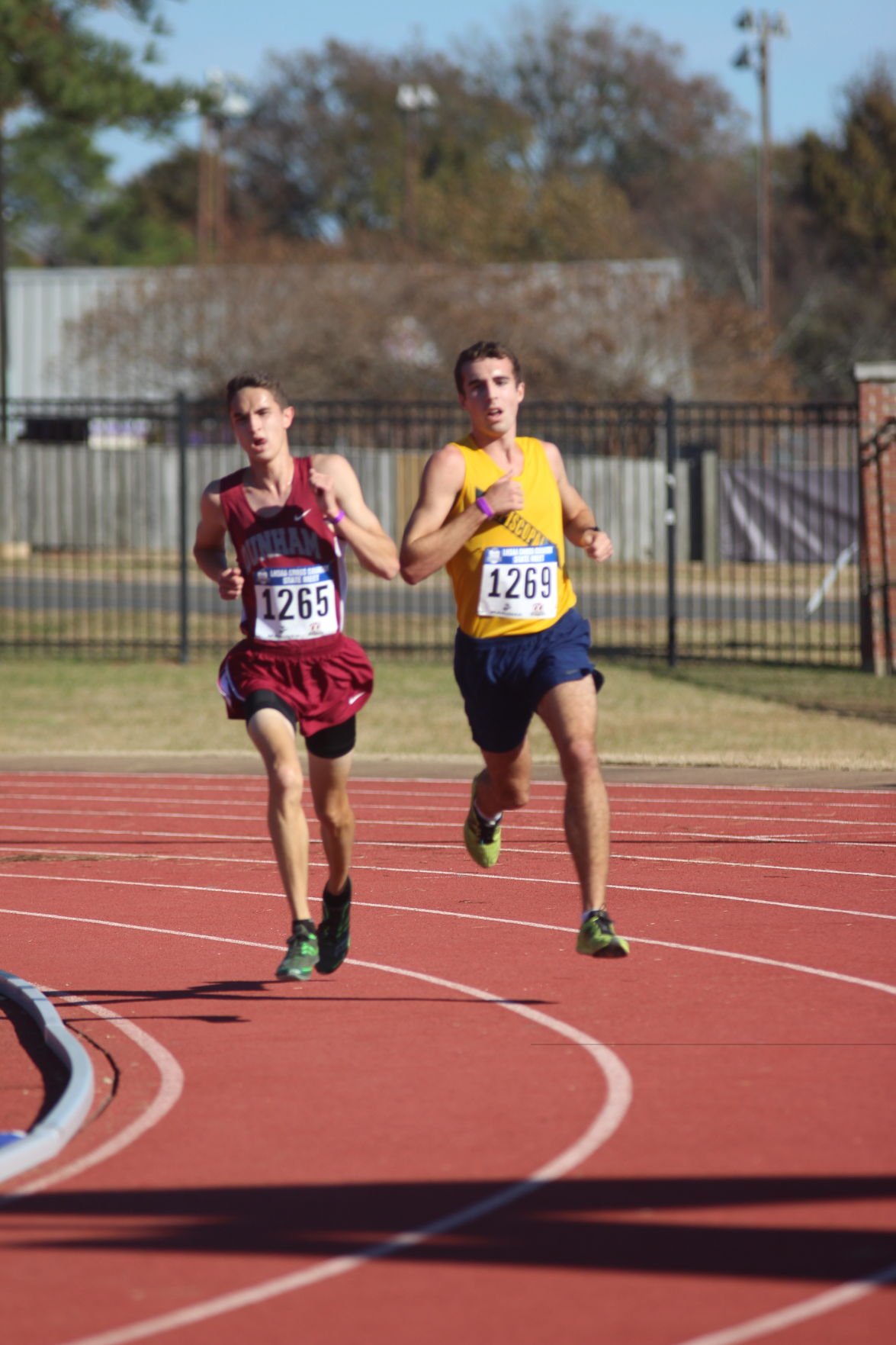 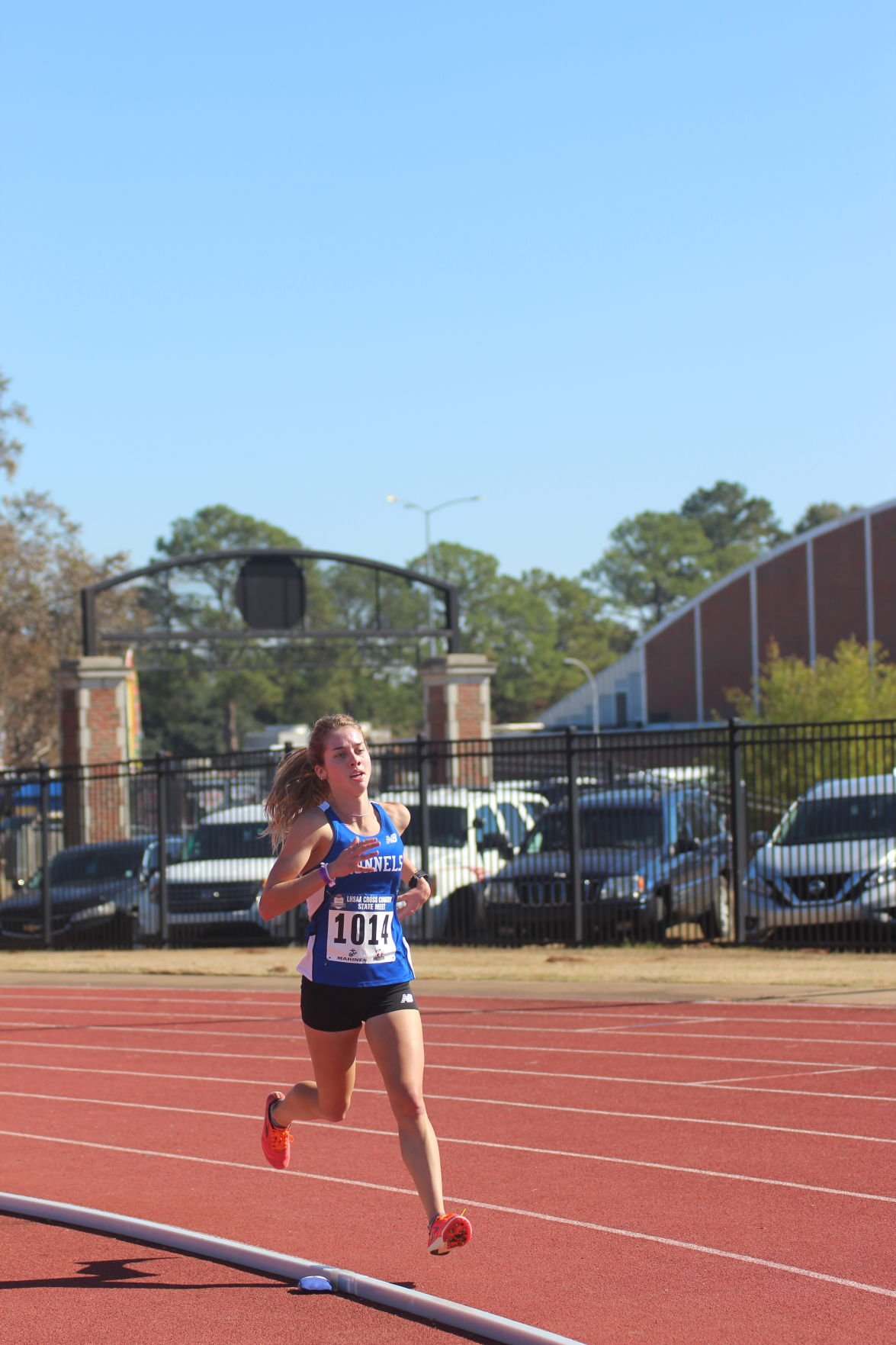 Annie Fink of Runnels set a course record and won the Class B title at the Allstate Sugar Bowl/LHSAA Cross Country meet Monday at Northwestern State.

Annie Fink of Runnels set a course record and won the Class B title at the Allstate Sugar Bowl/LHSAA Cross Country meet Monday at Northwestern State.

NATCHITOCHES — There were local teams who have won more LHSAA titles and when Baton Rouge runners won three or more races.

But it will be hard to top the drama two Episcopal teams and two senior runners, Runnels’ Annie Fink and James Christian of Episcopal, generated to open the Allstate Sugar Bowl/LHSAA Cross Country meet Monday.

Episcopal continued its run of Class 2A boys dominance, winning a 24th straight LHSAA title, a total that ranks second nationally. That gives the Knights 33 cross country crowns in the past 35 years.

“There were a couple of goals we set for the boys that we missed on, like getting all five (scoring runners) in the top 10,” Episcopal coach Claney Duplechin said. “We started a little slower than I think we wanted, but they came on and finished strong.

“The girls … that was a bit of a surprise. I didn’t know what to expect. We’re so young, and we came here with a girl, Scarlett Spender, who missed four practices because she was sick. I wasn’t sure she could finish and got second place.”

The titles are the 56th and 57th of Duplechin’s career as Episcopal’s track/cross country coach. The two-meet concludes with races for Classes 5A, 4A and 3A beginning at 11 a.m. Tuesday.

There was nothing ho-hum about the fast finishes for Fink and Christian. How dominant was Fink, who emerged as one of Louisiana’s top runners this fall? She was 46 seconds ahead of the No. 2 runner through two miles.

As she entered the stadium, announcer Mike Boyer encouraged the crowd to cheer as she raced down the final straightaway to record a three-mile time of 18 minutes, 25.1 seconds.

“I had no idea what the record was until I heard it on the speakers,” Fink said. “My best time this year was a 17:43, and the goal was for me to get as close to that as possible. I’m surprised, shocked actually.”

Episcopal School of Acadiana placed all five of its scoring runners in the top nine to tally 28 points in the Class B girls race, ahead of Runnels at 55.

Those watching Christian in the 2A boys race got a surprise ending. Sophomore John Walker McDonald of The Dunham School led the race until the final 100 meters. Christian surged to get closer to McDonald on the last mile and sprinted ahead on the straightaway to claim the 2A boys individual title for the second straight year in 16:19.2, just ahead of McDonald at 16:20.6.

“James followed the plan we had to perfection,” Duplechin said. “We felt he would have the kick to finish at the end, which he did.”

Episcopal finished with 35 points in the boys division, ahead of Alexandria-based Menard (87) and Newman (119). The EHS girls ran the last race of the day and finished with 30 points, outdistancing Newman (88) and Louise McGehee (99).

“Just to be part of this legacy and tradition we have is special,” Christian said. “Every team is different and I’m proud of this one.”

McDonald smiled and looked over at Christian after the race. “James is a such a great guy,” McDonald said. “I’m a sophomore and I finished second. That’s pretty good.”

Two other local boys had notable finishes. Ascension Catholic's Chase Walker was the 1A runner-up, while Runnels' Dawson Latona placed third in Class B.