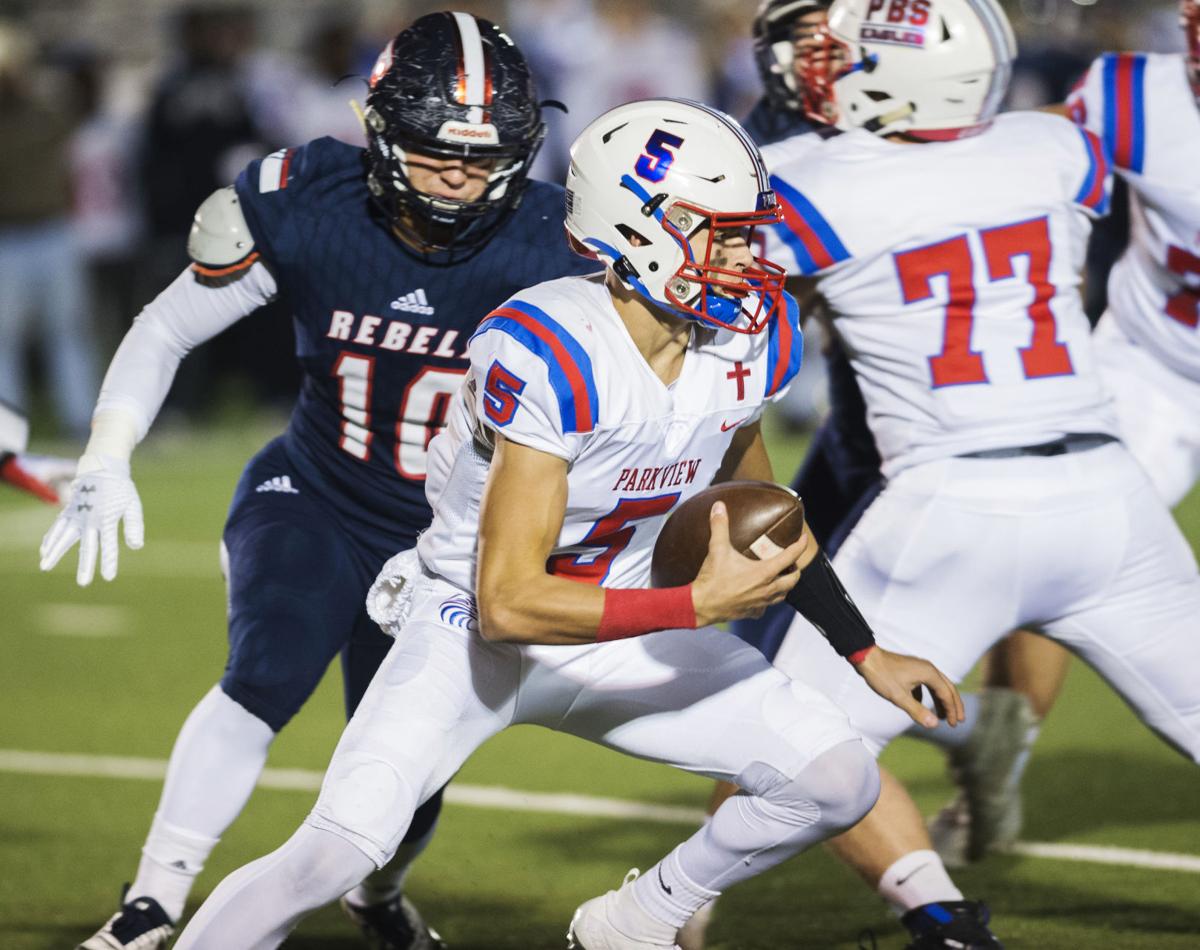 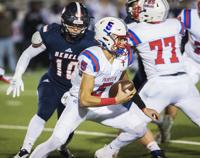 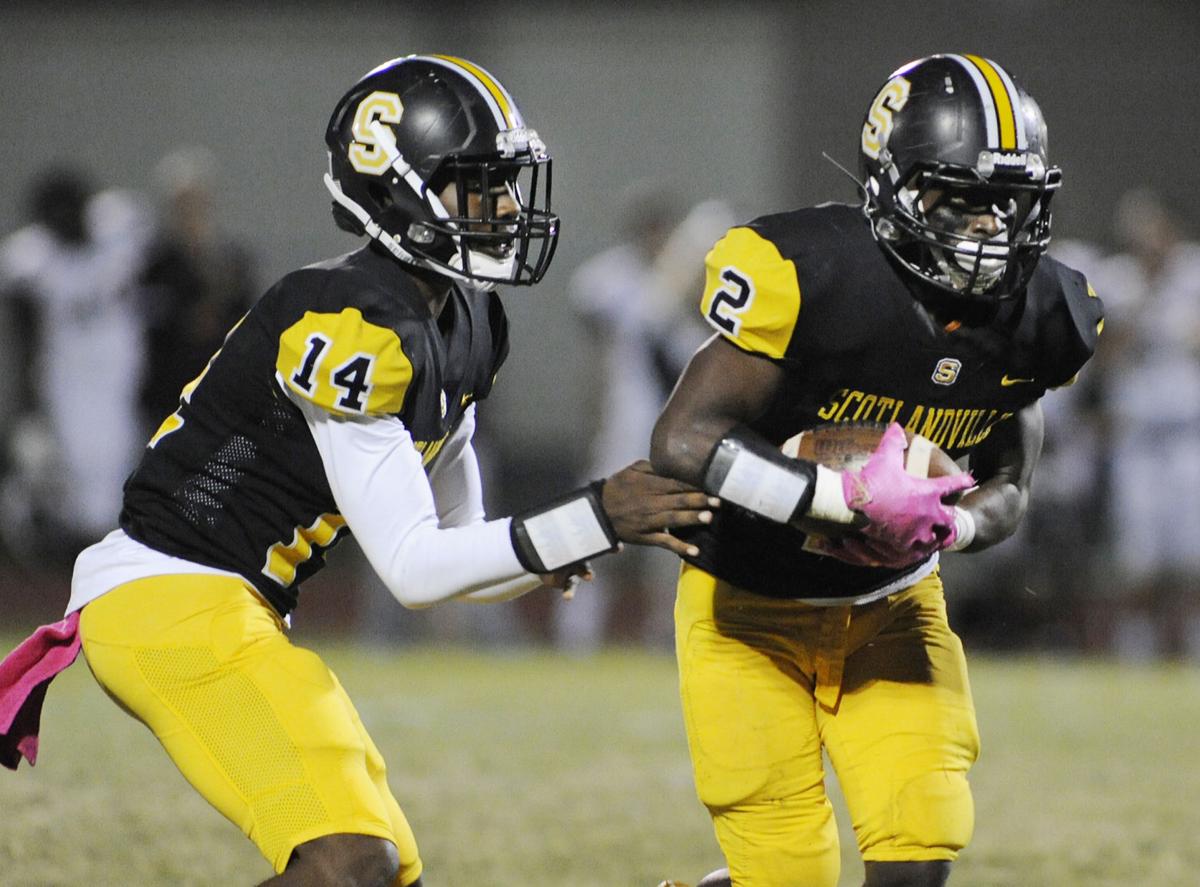 Scotlandville's Chance Williams gets the hand off from Zae Teasett on Friday night against Central High at Scotlandville High.

Scotlandville's Chance Williams gets the hand off from Zae Teasett on Friday night against Central High at Scotlandville High.

NOTEWORTHY: With a 2019 win, DSHS snapped a nine-game losing streak in the series that dates to 1947 with St. Amant holding a 12-4 advantage … The two teams did not play for 20 years, from 1999 to 2019 … It is the Yellow Jacket debut for coach Brett Beard … Sims was St. Amant's offensive leaders last year.

NOTEWORTHY: Williams, who is one of Louisiana’s top senior prospects, is not committed to a college yet and is coming off a junior year when he had 1,272 yards receiving. … Celestine, a Tulane commitment, on the verge of eclipsing 4,000 career yards rushing.

NOTEWORTHY: Want college prospects? This game features several, including MPA’s Raby, a senior who committed to Memphis over the summer … MPA QB Zeon Chriss and Istrouma running back Le’Veon Moss are among the among the top juniors around … Moss ran for 1,252 yards last season, while Chriss accounted for more than 3,000 yards passing.

LAST SEASON: did not play

NOTEWORTHY: The first meeting between the two schools came about because both were originally scheduled to play out-of-state opponents Week 3, which did not mesh with the  COVID-19 LHSAA schedule … Holstein is Zachary’s first new starter at QB in four years. … The father of Walker attended St. Aug. … Turner is a Florida State commitment.

NOTEWORTHY: The Class 5A/Division I Bears broke through and beat the 3A/Division II Cubs last season after losses in 2017 and 2018 … Coaches Gabe Fertitta of Catholic and Andy Martin of UHS were assistant coaches on the same staff for Dale Weiner at Catholic … Davey is the son of ex-LSU QB Rohan Davey.