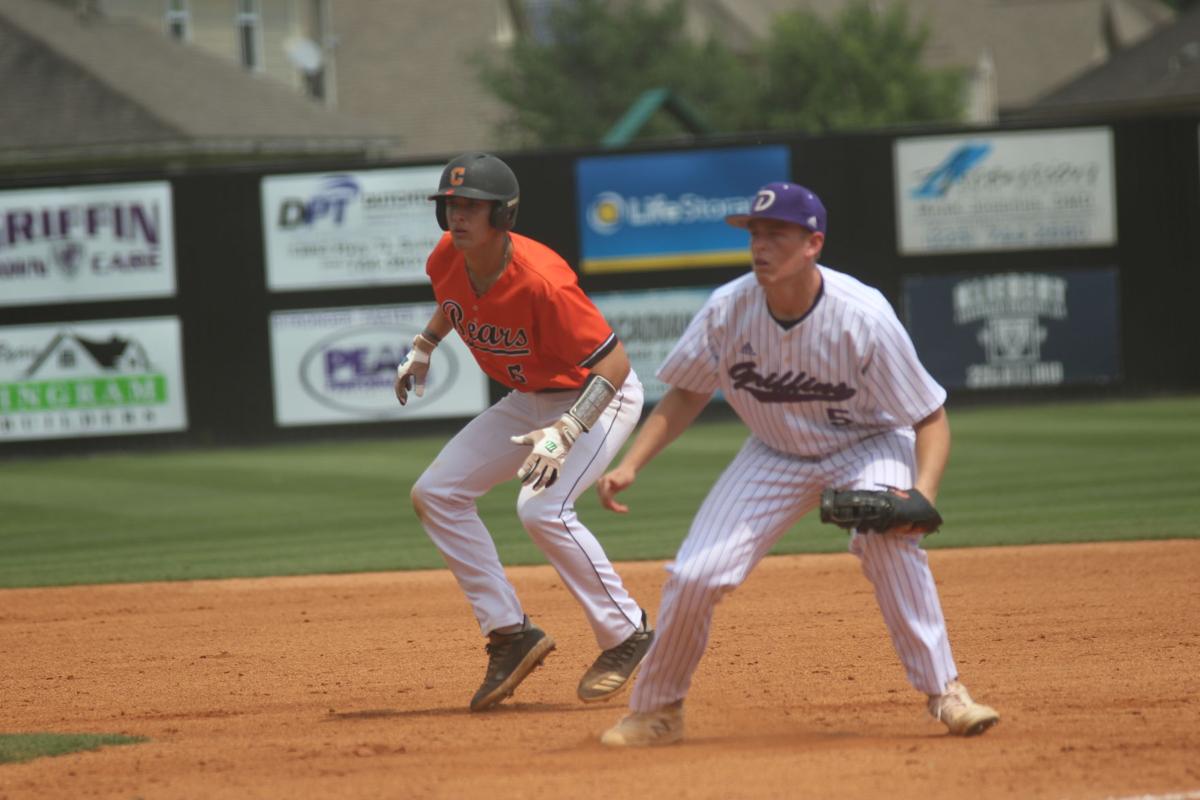 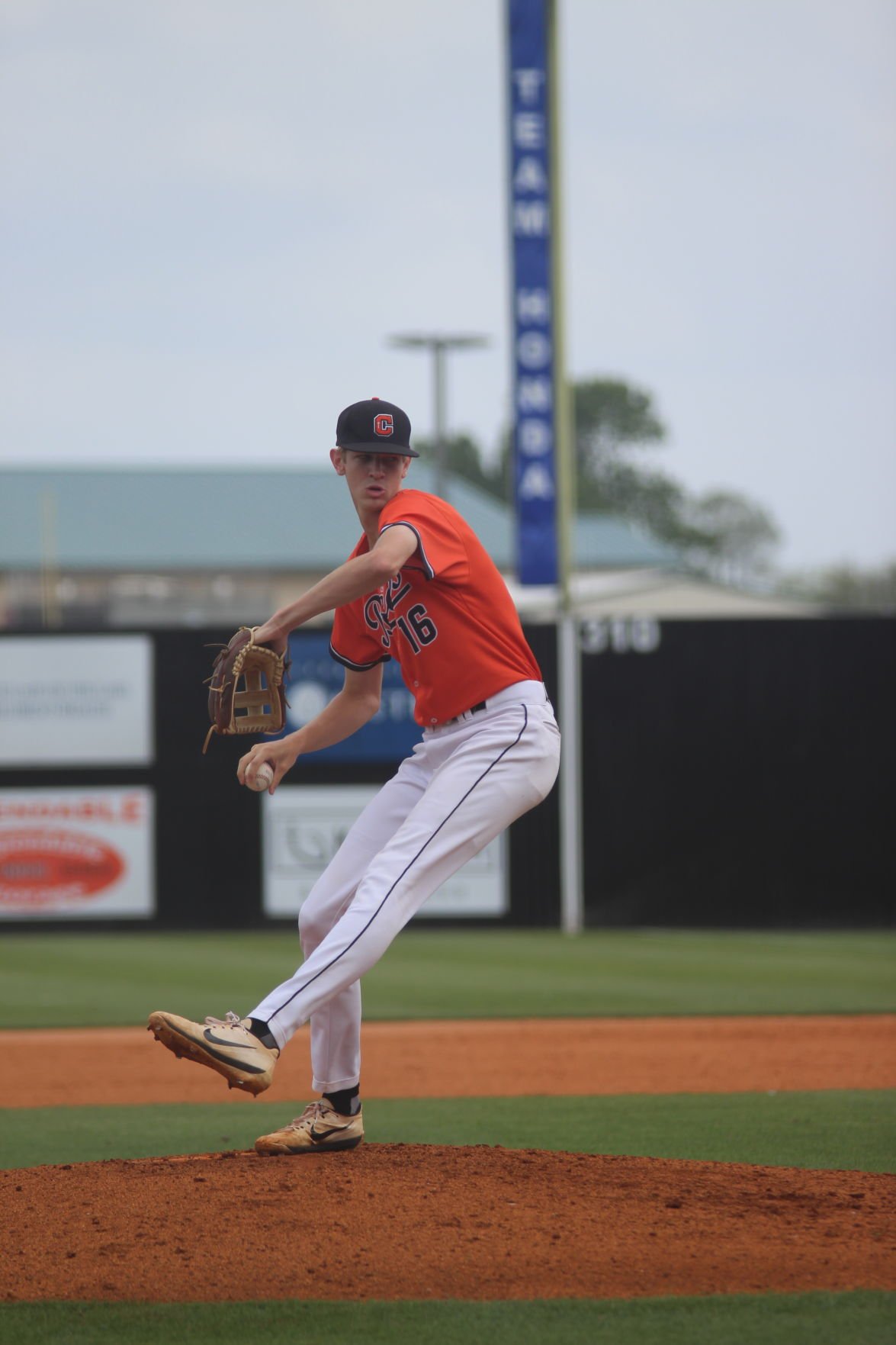 Catholic pitcher Nick Judice delivers a pitch in the second inning vs. Dutchtown on Saturday.

Catholic pitcher Nick Judice delivers a pitch in the second inning vs. Dutchtown on Saturday.

DUTCHTOWN — Plenty of games turn into a tale of two halves. Others are decided by one shot. Catholic High put a baseball spin on both notions Saturday.

Tyler Wilson provided the shot — a three-run home run — that helped fuel a six-run, fifth inning as Catholic rallied for a 14-5 victory over Dutchtown at DHS.

“We’ve never given up on any game and compete the whole time,” said Wilson, Catholic’s senior third baseman. “We chipped away. When I went up there to bat, I was trying to do what everybody else did — hit a line drive. I got a really good pitch to hit and drove it.”

Wilson’s shot to left was his first career home run. It also was a no-doubt homer that sailed well over the left-field fence. The Bears trailed the Griffins 5-3 going into the fifth inning and held a 9-6 lead when it was over.

“This team competes so hard, and they play for one another,” Catholic coach Brad Bass said. “To be down early to a team the caliber of Dutchtown and to be able to come back and find a way to win says a lot about the character of these guys.”

Shortstop Brayden Caskey and center fielder Cohen Parent had two hits each for Dutchtown. The game was a challenging one for both teams' outfielders because of gusty winds.

The Griffins found gaps in the Catholic infield in the first two innings. Parent, third baseman Will Reed and second baseman Trey Martin all had RBI singles for DHS in the first inning.

But the roles reversed quickly in the fifth. Catcher Matthew Lee reached on an error. The Bears followed that with three hits and a sacrifice fly to score three runs before Wilson’s home run.

The game was quite different than Catholic’s 4-3 win over the Griffins Thursday at Catholic.

“Today (Catholic) was impressive one through nine in the lineup,” Dutchtown coach Chris Schexnaydre said. “It makes me think about how good (Brock) Barthelemy was to shut them down Thursday. They came out today, had some impressive at-bats and you have to credit them.”