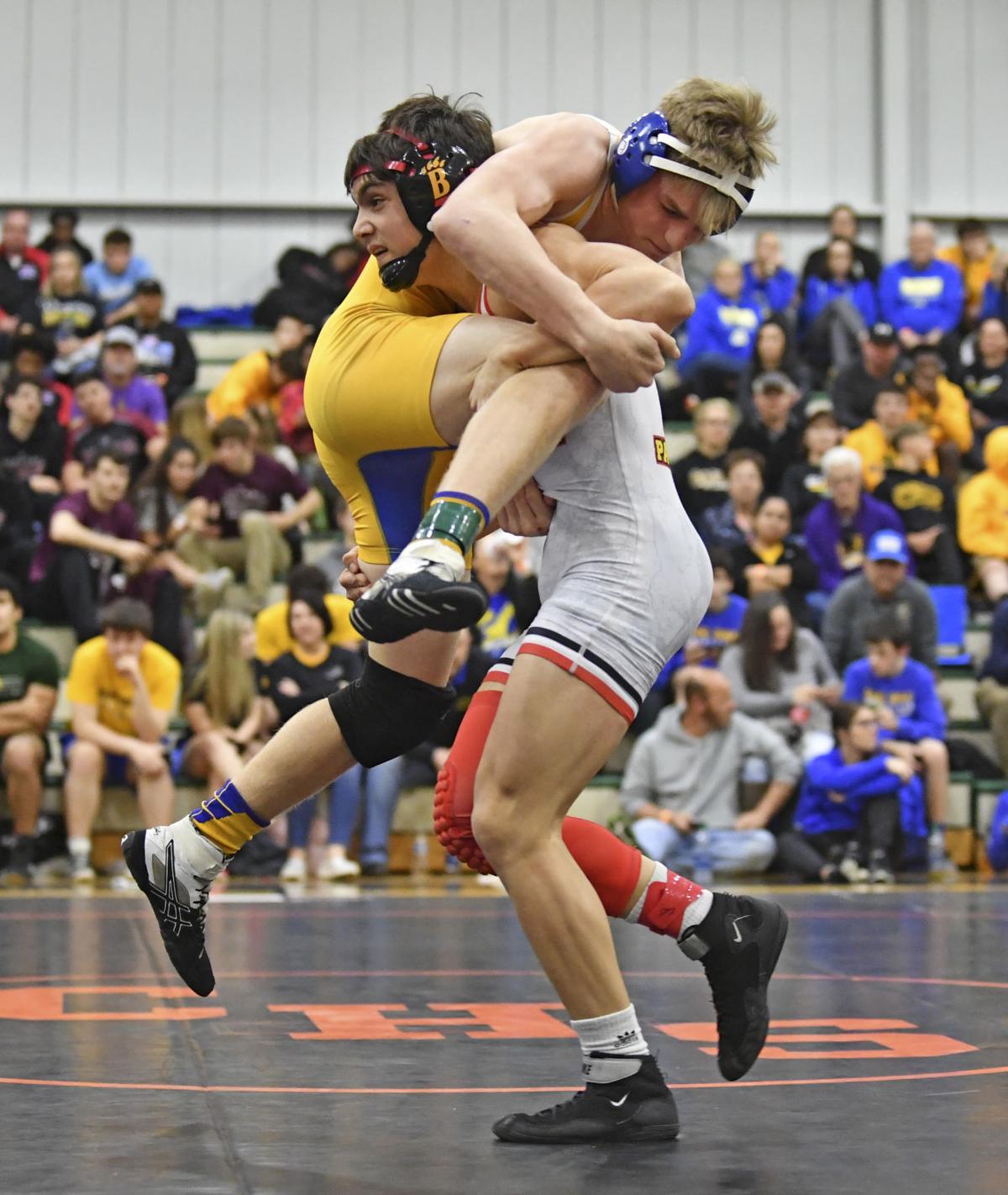 Brusly's Andrew Trahan picks up East Ascension's Josiah Wakefield as the pair wrestle in the finals of the 145 weight class during the City Wrestling Tournament, Saturday, February 1, 2020, at Catholic High in Baton Rouge, La.

Brusly's Andrew Trahan picks up East Ascension's Josiah Wakefield as the pair wrestle in the finals of the 145 weight class during the City Wrestling Tournament, Saturday, February 1, 2020, at Catholic High in Baton Rouge, La.

Can the underdogs become top dogs? That is a huge question for local teams and competitors going into the Allstate Sugar Bowl/LHSAA Wrestling tournament.

"Bossier or Bust" might be a great sign to hang on a team bus headed to Bossier City’s CenturyLink Center. No Baton Rouge area team has won a title at the LHSAA’s north Louisiana site, a fact that offers extra motivation going into the two-day tournament that starts at 9 a.m. Friday.

“We’ve never won one in Bossier,” Brusly coach Jimmy Bible said. “And it’s been five years since we have won one. We know Basile is going to be tough, and they’re the defending champion. St. Louis was the runner-up. But I like where we are on the brackets, and we have a full lineup.”

Action Saturday begins at 10 a.m. with semifinals in all three divisions. Finals are scheduled to begin at 5 p.m.

Catholic High of Division I and Division III Brusly are the teams that enter the annual tourney with the best chance to claim one of the top spots in their divisions. Having a healthy, full lineup is a key element for both teams.

“Again … Brother Martin is the favorite. After that you have Holy Cross and St. Paul’s,” Catholic coach Tommy Prochaska said. “I’ve told our guys to give it their best shot and see what happens. We only have one No. 1 seed and a couple of guys seeded at two or three. No one  expects much from us team-wise or individually. Why not go for it?”

There are notable team and individual parameters. East Ascension’s Trent Mahoney (77-0) is seeded No. 1 at 170 pounds and has the chance to complete an unbeaten season.

“In a tournament like this, anything can happen,” Bible said. “You get an upset here or there, and it shakes things up.”