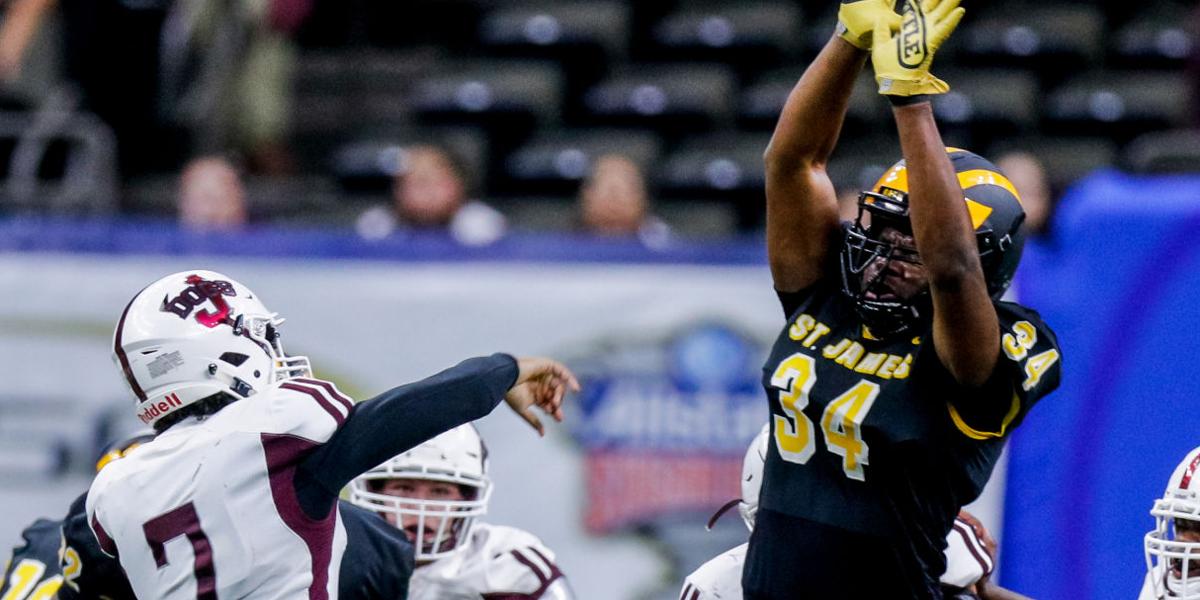 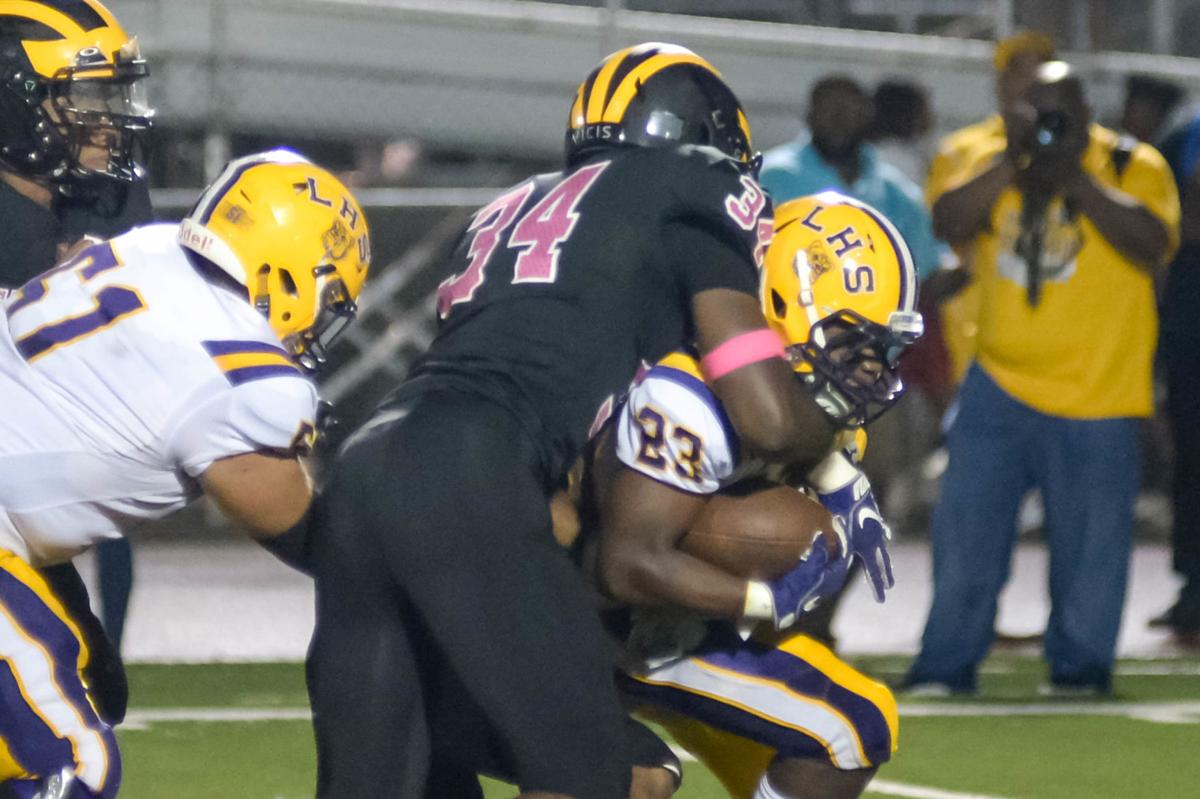 Sai’Vion Jones pushed beyond the practice limits just a bit one day. For a split second, even St. James head coach Robert Valdez stood in awe.

The LSU commitment waltzed around the offensive linemen holding pads for mock contact and inadvertently barreled into the pad of a scout team quarterback.

“He hit that pad and the kid holding it rolled and did a cartwheel,” Valdez said. “Sai’Vion came at him so fast. The kid was fine, but I saw the looks on the faces of the offensive linemen.

“They were stunned. So, I told them, 'Fellas, the good news is this: We don’t have to block him. He plays for us.’”

At 6-foot-5 and just a shade under 240 pounds, Jones has all the tools college coaches want in a defensive end. He was timed between 4.5 and 4.6-seconds in the 40-yard dash last week.

“Some kids didn’t do much during the spring when we missed school because of the virus, but you could see he had,” Taylor said. “His arms were bigger and his shoulders were broader. Not all talented guys do the extra work. Sai’Vion does.”

Jones is soft-spoken. But his statistics during St. James' run to its first LHSAA football title in 40 years spoke volumes last fall. Jones was voted the Outstanding Defensive Player on the LSWA’s Class 3A All-State team after compiling 102 tackles, 13 sacks, 17 tackles for loss and 17 quarterback hurries.

The Wildcats finished 15-0 and beat teams from higher classes. Jones sheds his soft-spoken persona long enough to articulate goals for the 2020 season he is eager for St. James to have.

“We graduated a lot of good players, but we have guys who have been waiting their turn,” Jones said. “A lot of people doubted us last year. They will doubt us this year. That pushes us to want to do it again … go 15-0. We want to play.”

Jones is Louisiana’s seventh-ranked player for the Class of 2021, according to 247sports. He is a four-star prospect and also ranked No. 19 nationally as a weakside defensive end.

Some questioned Jones’ decision to commit to LSU during the pandemic that shut down camps/combines that would have showcased his skills. However, he is confident.

“It was the right decision and the right time to make it for me,” Jones said. “I look forward to competing and playing at LSU. I know I have work to do to be ready.”

Work for Jones includes running the steep incline of the Mississippi River levee located across the street from his home. And weightlifting. The approach is very focused for a teen who saw his future in another sport until his eighth-grade year.

“Basketball is my first love. I still love to play,” Jones said. “I didn’t think about football much because I didn’t think I could be good at it until the eighth grade.”

Taylor and Valdez knew. They saw a gangly 6-1 eighth-grader and knew he would grow and fill out. Valdez said he was a natural at weightlifting techniques and Taylor marveled at Jones’ hip rotation, a major plus for a potential pass rusher.

“Sai’Vion is a sponge. He absorbs everything we tell him and show him,” Valdez said. “When he was an eighth-grader, I knew he would be something … but I didn’t know what. I thought he might be a receiver or a linebacker.”

Taylor adds, “You only have to tell him or show him something once and he’s got it.”

And St. James has got Sai’Vion Jones for one more year, one that will be COVID-19 altered. Valdez plans to take advantage of it.

“It could be like ‘Where’s Waldo.’ We could put him at defensive end, tight end, wing back, wide receiver … a lot of places,” Valdez said. “No telling where he will be.”