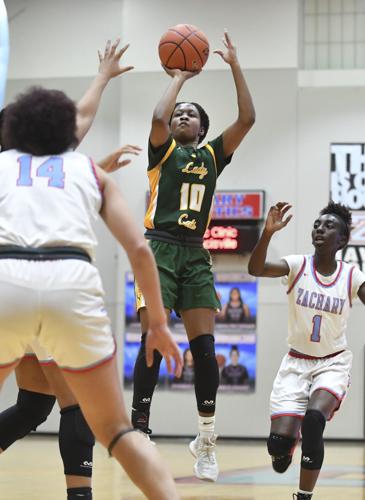 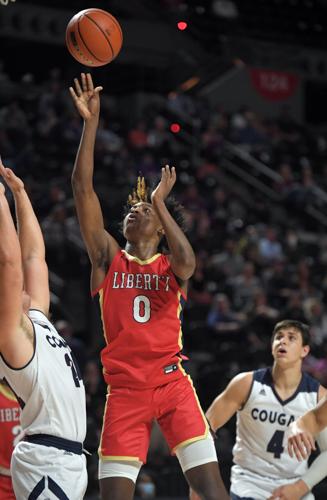 1. Zachary (18-3) and Liberty (15-3): Too bad these teams did not get a chance to play each other in the EBR tourney. Defending 5A champion Zachary went to an out-of-state tourney last month during the EBR tourney and is riding a 14-game winning streak.

Liberty won the EBR tourney and has won eight of its past nine. The Patriots are wowing big crowds these days. A recent loss to Lafayette Christian also provides a chance for growth.

3. Madison Prep (10-3): The defending 3A champion Chargers are retooling around 6-foot-9 Seton Hall signee Percy Daniels and continue to play a tough schedule with a loss to Liberty last week. Expect the Chargers to be playoff-ready.

4. Scotlandville (17-1): Another team retooling with a new post player in 6-9 Dorian Booker and has just one loss to Liberty in the EBR final. Plenty of new faces in the lineup that has a solid upside for the Hornets, who were the Division I runner-up last season.

5. Walker (17-4): Like 4-5A rival Scotlandville, the Wildcats are state tourney regulars and are again looking to a big postseason.

6. Donaldsonville (17-3): The Class 3A Tigers have solid wins, including recent ones against Catholic and Port Allen.

7. Catholic (14-6): A young lineup has taken a few lumps so far, but it will be interesting to see how the 5A/Division I Bears evolve over the next month.

8. Southern Lab (16-3): The Kittens top the Division IV power rankings and have some impressive wins, along with a notable three-point loss to 2A power Newman a few days ago.

9. Episcopal (16-3): Another solid year for the Division III Knights, who will again battle Port Allen and Dunham in district in the weeks ahead.

10, Port Allen (12-8): Yes, the 2A Pelicans have lost three straight. But their schedule is among the area’s toughest. Two of those losses were to Liberty.

1. Walker (23-3): The Class 5A Wildcats are healthy this year and clearly the leader of the local pack. Lone in-state loss was to Lafayette Christian.

2. Brusly (19-2): After a semifinal playoff berth last season, the 3A Panthers have been impressive. They played Walker Monday night in an MLK showcase and recently lost a close one to Madison Prep.

3. Madison Prep (10-8) and Liberty (12-9): Sure, the records are not as pretty as you might expect for defending 3A champion Madison Prep and Liberty, the Division II runner-up last season after winning two titles. Both have played tough schedules looking for dividends later. For these two, it usually comes.

5. Albany (14-5): The Hornets are a traditional 3A power with a tough schedule that includes notable wins and a few losses to teams ranked higher on this list.

6. McKinley (10-4): It is appropriate to give a nod to the EBR tourney champs who have displayed plenty of grit.

7. Episcopal (11-5): The Knights are a Class 2A/Division III power that has again played a tough schedule with an eye toward another LHSAA tourney berth.

10, East Iberville (13-8) and St. Joseph’s Academy (12-5): After some time off, defending 1A champion East Iberville is set to return to the court this week.

St. Joseph's is enjoying one of its best seasons and notched a District 5-5A victory against East Ascension last week.

NOTE: Records do not reflect results from Monday’s MLK Showcases.