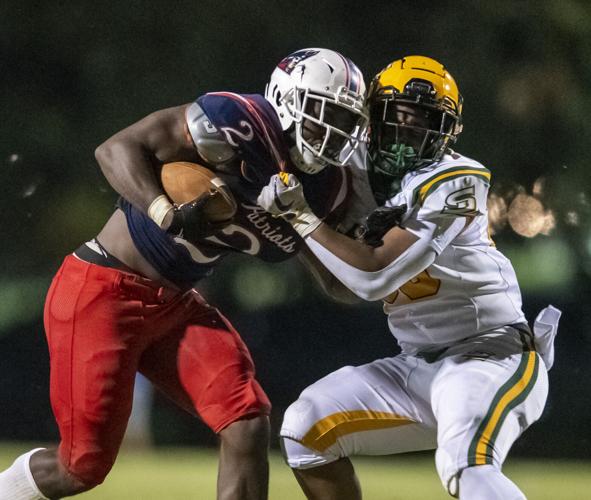 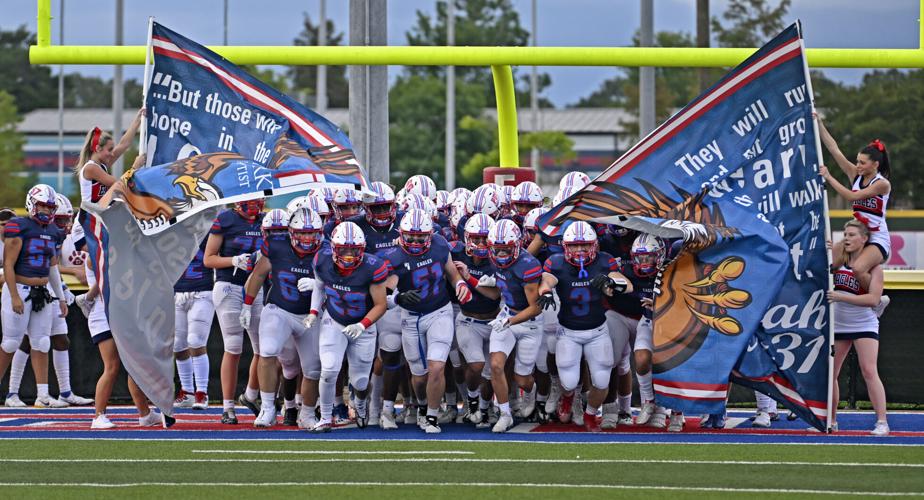 Parkview takes the field before kickoff in a jamboree against Catholic High-Pointe Coupee, Friday, August 26, 2022, at Parkview Baptist in Baton Rouge, La.

Parkview takes the field before kickoff in a jamboree against Catholic High-Pointe Coupee, Friday, August 26, 2022, at Parkview Baptist in Baton Rouge, La.

By Week 4, I am getting the hang of our Friday football quick takes. You see four downs, three games and three players.

Parity and players stepping into the spotlight, perhaps for the first time.

Parity is a tricky thing. Injuries, strength of schedule, level of experience and individual matchups week-to-week all play a role in it.

With that said, seeing teams like Denham Springs, Walker, Istrouma and Plaquemine unbeaten after enduring some 2021 hardships is encouraging.

However, three games is not an entire season. Best example? Tara (9-5-1) overcame injuries and a losing record most of the year to win a Class 4A title in 1974.

Fill in the blank with Zachary, Catholic, Woodlawn, Madison Prep, U-High and whoever else anyone thinks is underachieving.

Any loss counts as a big black mark for Zachary and Catholic, whose fan bases are used to success. Woodlawn is supposed to be great with LSU QB commitment Rickie Collins, right? Strength of schedule is a reason why no one should worry about U-High or Madison Prep having two losses.

Early-season losses and even some late ones, if handled correctly, can set the tone for a championship run. Happens all the time.

It is a challenge to adjust to, for sure. I compliment the LHSAA and its executive committee for thinking outside the box to find a competitive structure.

I like the balance and intriguing new matchups that are possible. I have to admit the first time I saw it, I felt like I do when my 18-month-old grandson empties a box of toys on the floor.

Figuring out where the toys … make that teams … go takes some getting used to. We did it in 2013 when the split passed and we’ll do it again.

Who would not want to see matchups like Newman and U-High in Division III select? Or Zachary and Westgate, the 2021 champions in 5A/4A, respectively, Division I nonselect?

What about those key injuries?

And by “those,” I mean the injuries to Zachary quarterback Eli Holstein and Liberty running back Kaleb Jackson.

Like the teams and their coaches, we have to see how it plays out. And so will the collective fan bases for Alabama (Holstein) and LSU (Jackson).

Holstein’s injury is to his non-throwing shoulder. Timeline is four to six weeks and Zachary has an open date this week.

Jackson has not played since Week 1 with an ankle injury that has him in a walking boot. Like Zachary, Liberty also has an open date this week.

What's up with open dates?

Yes, that is going around, especially for top teams. Two factors come into play — the LHSAA’s reclassification year and a team’s stature.

Whenever a new two-year LHSAA cycle starts, teams move from class to class and district to district. Some pause rivalries. Others cannot find an opponent who fits their schedule or plans for power rankings.

And one more thing

Enjoy Week 4 and every other week this season.

The pandemic taught us that no season or game is guaranteed. High school sports are a gift and not a God-given right.