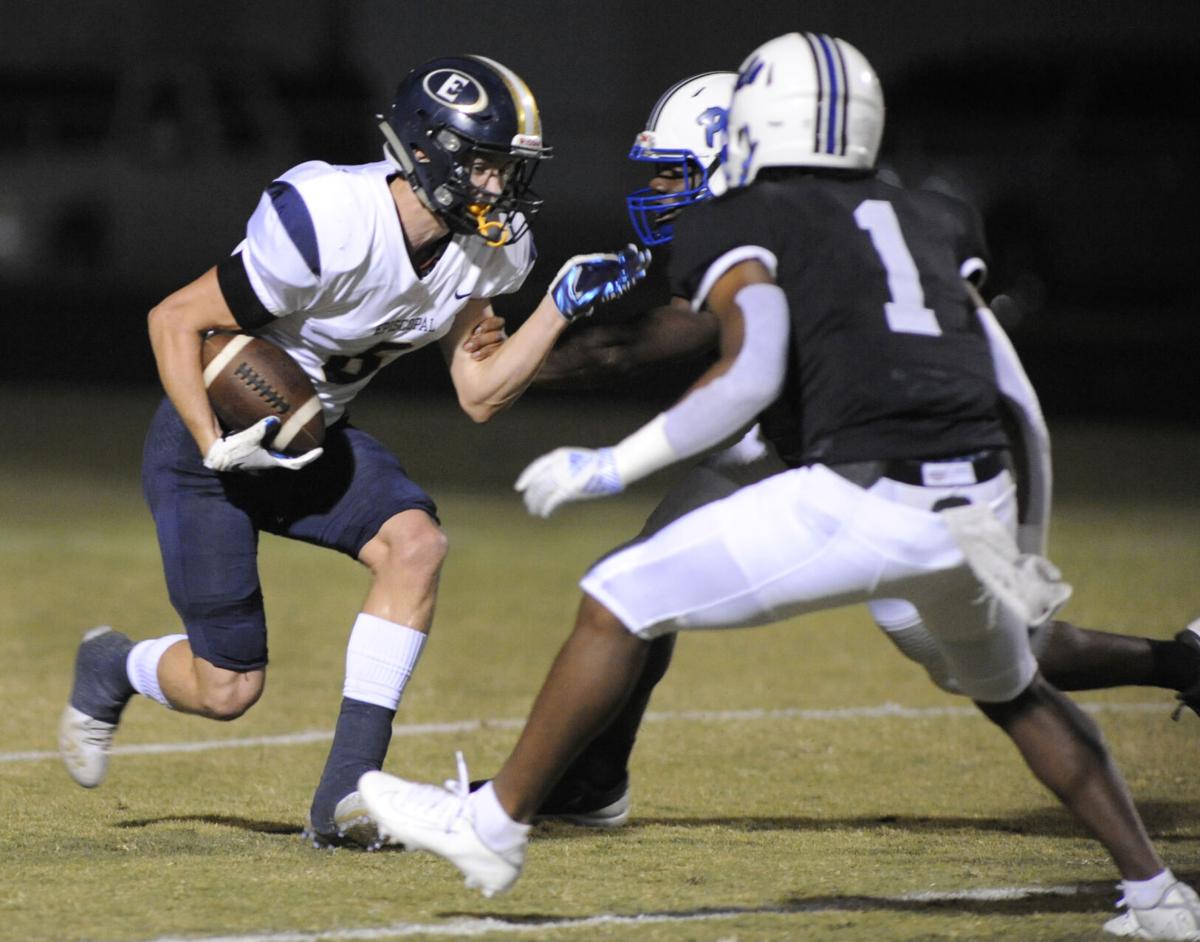 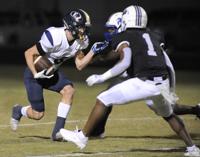 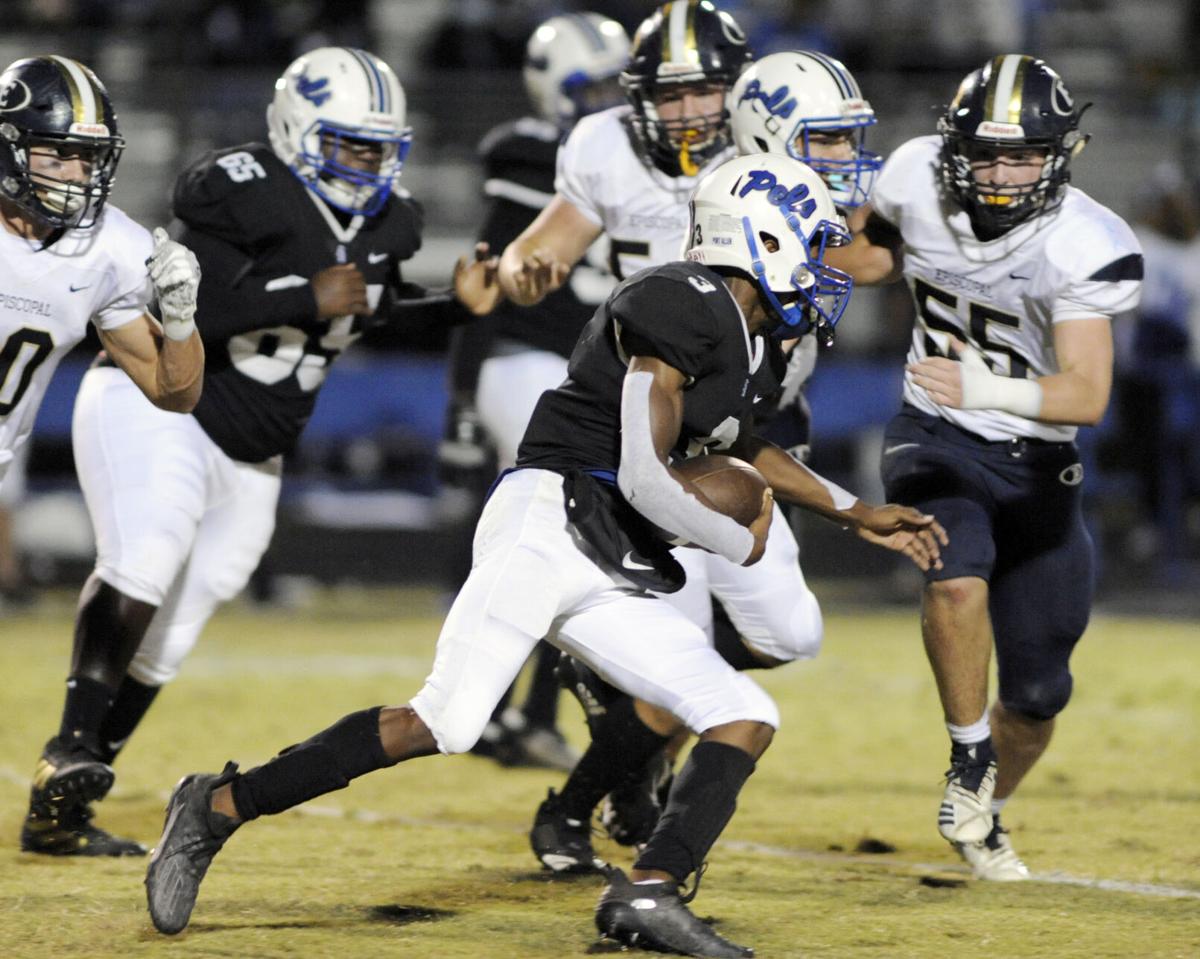 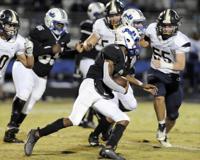 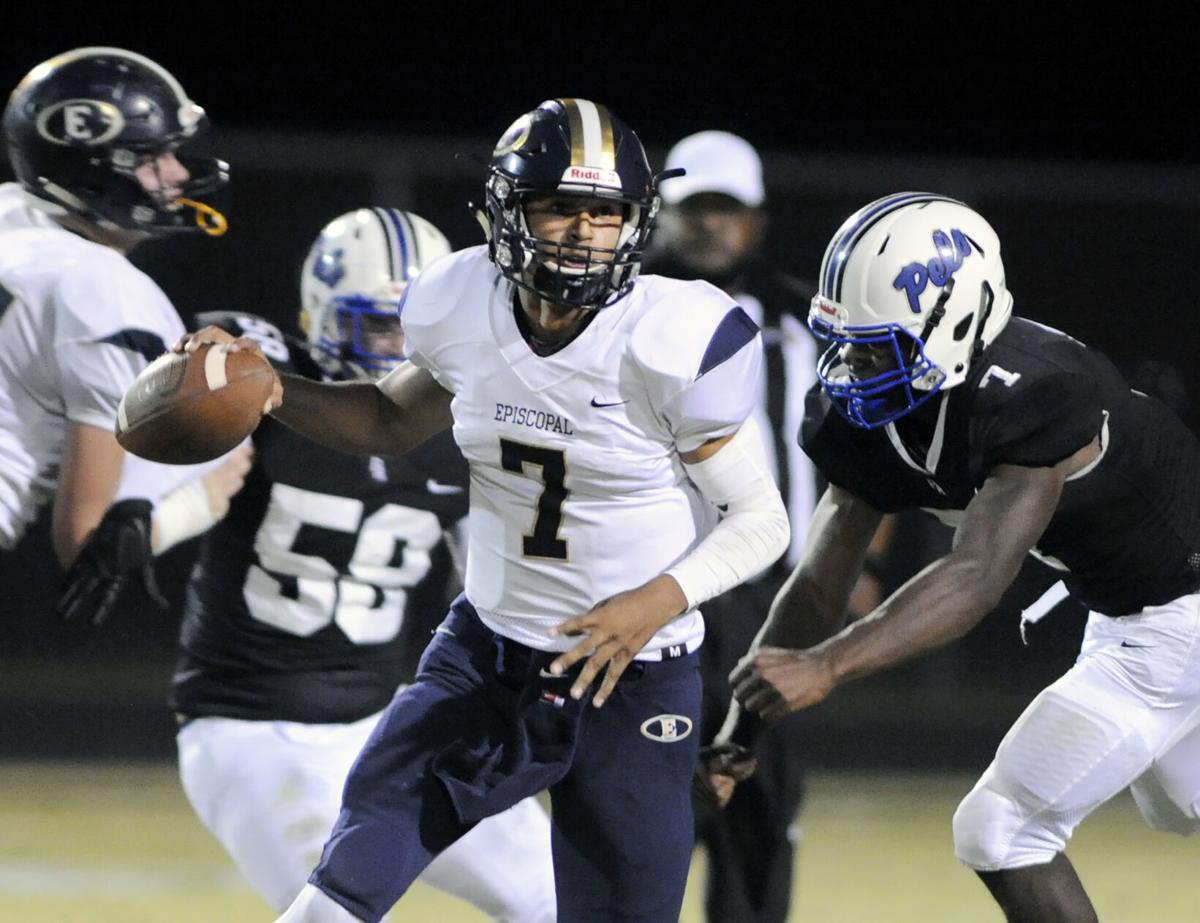 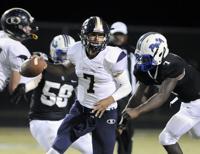 Episcopal quarterback Dylan Mehrotra is chased out of the pocket by Port Allen defender Taveyis Moore on Friday night at Port Allen High.

Episcopal quarterback Dylan Mehrotra is chased out of the pocket by Port Allen defender Taveyis Moore on Friday night at Port Allen High.

PORT ALLEN — The battle for supremacy in District 8-2A didn’t disappoint. After steamrolling through opponents the first seven weeks of the season, Episcopal faced its stiffest test in Port Allen and passed it with flying colors.

Oliver Jack scored three touchdowns and the Knights turned it on in the second half to secure a 31-18 win and an undefeated season to go along with a district championship Friday night at Guy Otwell Stadium.

The Episcopal offense, which entered the game averaging more than 40 points per game, was held to seven points in the first half. The lone score came on Jack’s 51-yard run midway through the second quarter.

Port Allen (5-2, 3-1) got on the board late in the first half on Jacoby Howard’s 1-yard run. A missed extra point sent Port Allen into halftime facing a 7-6 deficit.

Port Allen refused to go down easy. Howard found Mekyle Franklin, who broke a tackle and took it 67 yards for a score that cut the Episcopal lead to 24-12 with 5:49 remaining. Howard completed 10 of 22 throws for 169 yards and a score. Franklin hauled in six passes for 129 yards.

Just when it looked like Port Allen might have momentum to mount a comeback, Jack escaped up the middle for another touchdown, this one from 19 yards out to put the game out of reach.

Player of the Game

Jack carried the ball 13 times for 186 yards and three touchdowns. Eighty-eight of Jack’s yards came in the first half. Port Allen aimed to contain running back Ryan Armwood, who had over 20 total touchdowns entering the game. He finished with 67 yards on 14 attempts.

“Credit to Port Allen. They came out with a hell of a game plan. They competed and they gave our kids the best shot. For our kids, it was the first time in a long time we had to deal with adversity, so at halftime we kind of challenged them to what type of team they want to be. This is when your 18 seniors have to step up. I thought in the second half we were able to do that.”

"This was a game of opportunities and we had our opportunities and we just didn’t capitalize off those. The only people we have to look at is ourselves. We have to go back to the drawing board and figure out what we need to get fixed and make this run in the playoffs. I’m proud of our kids. They never gave up. They kept on fighting and that’s what it’s about."