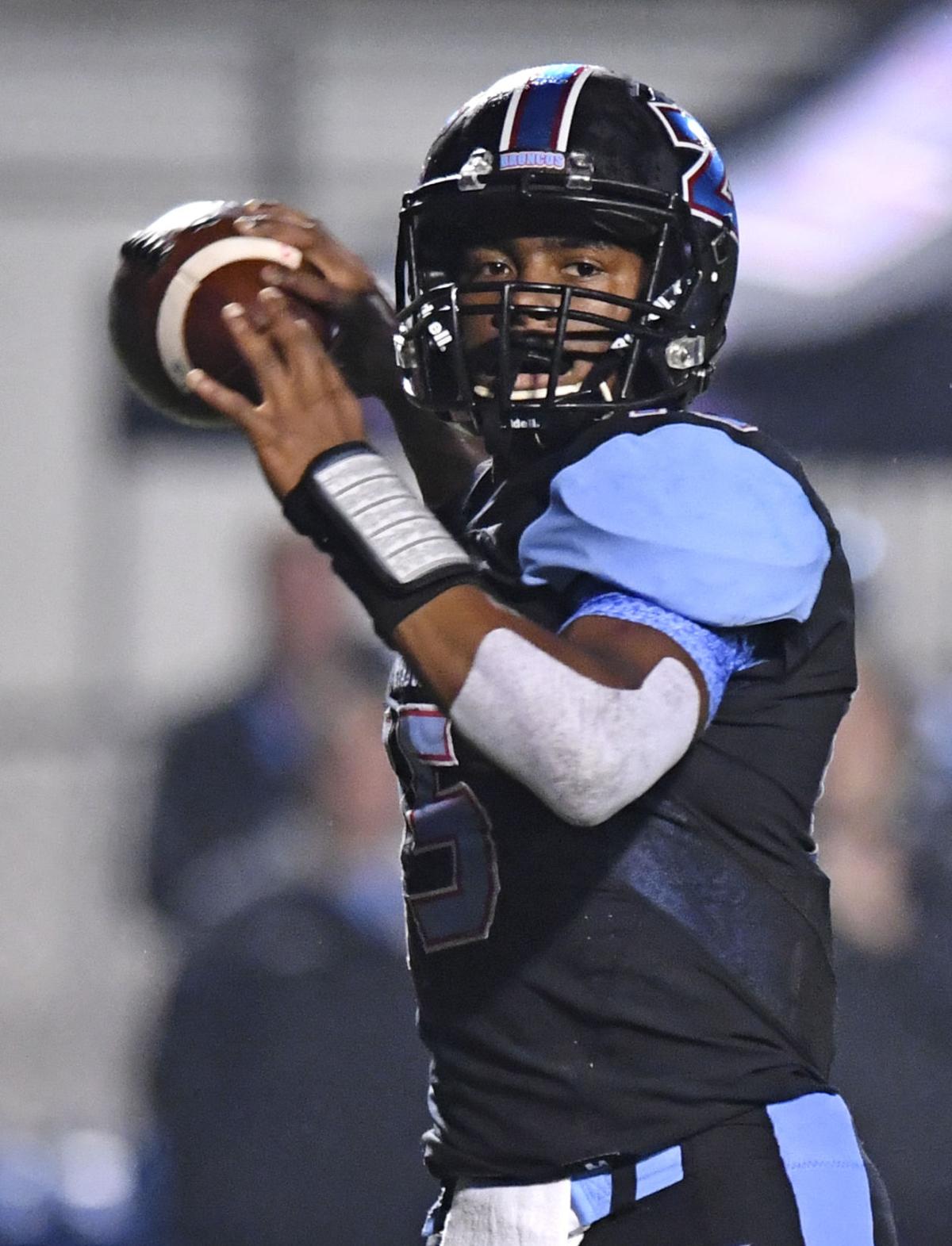 Zachary quarterback Keilon Brown was the Outstanding Offensive Player on the All-Metro football team for classes 5A, 4A. 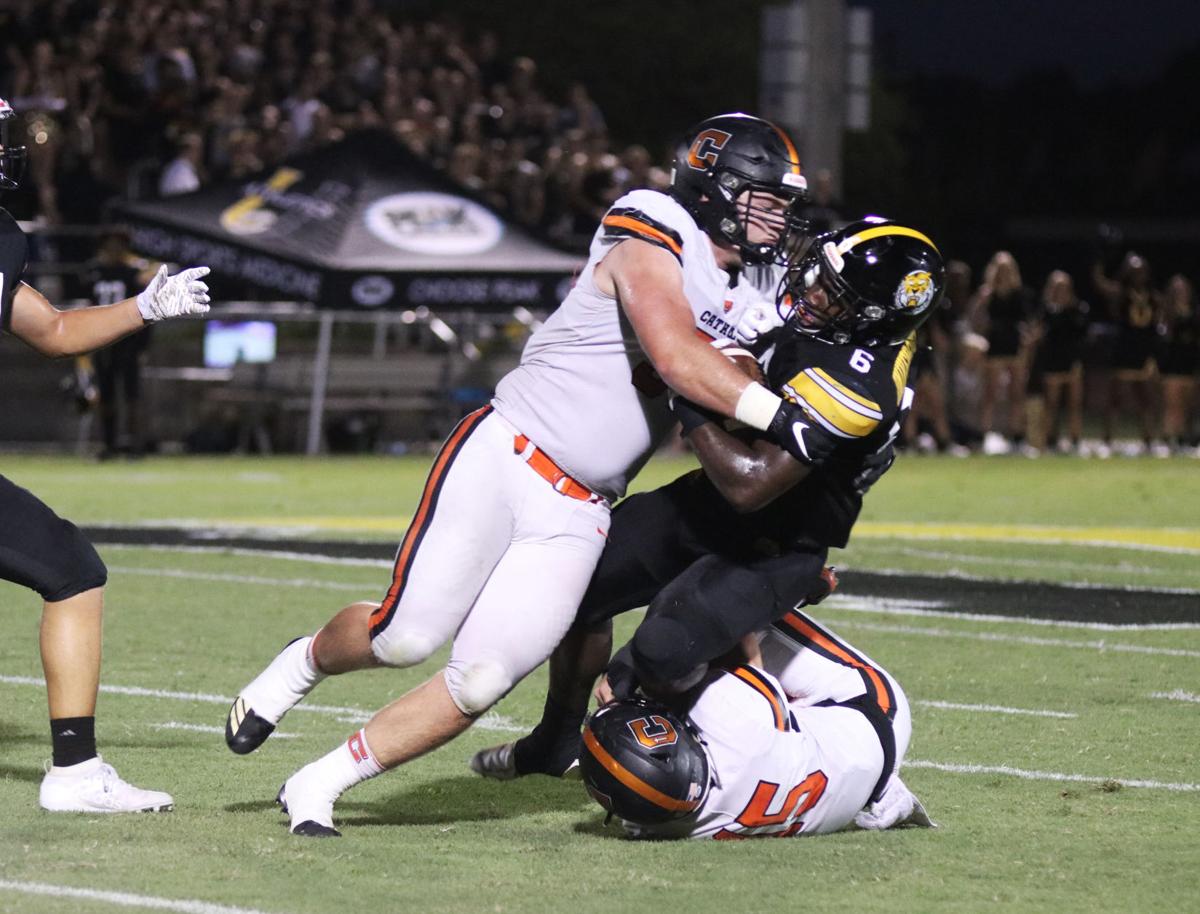 Catholic High’s Connor Finucane was named the Outstanding Defensive Player on the All-Metro football team for classes 5A, 4A.

Zachary quarterback Keilon Brown was the Outstanding Offensive Player on the All-Metro football team for classes 5A, 4A.

Catholic High’s Connor Finucane was named the Outstanding Defensive Player on the All-Metro football team for classes 5A, 4A.

The man in the middle of the Bears’ line at center set alignment for Bears’ offense that scored 552 points.

Blocked some of the area’s top defenders and led a prolific offense that scored 50 or more points five times.

Another key performer for a Catholic team that averaged 439 yards per game and set nine school records.

Was a consistent performer who led the way for the Baton Rouge area’s top rusher in all classes.

Played center and was at the heart of the Broncos’ offensive growth and berth in the Class 5A semifinals.

Set multiple school records, completed 72.2 percent of his passes and tallied 2,240 yards with and 24 TDs.

Made his varsity debut a memorable one by averaging 13.3 yards per carry, tallying 1,254 yards rushing and 16 TDs.

Had a breakout year for the Griffins, averaging 11.6 yards per carry. Also led all area rushers with 1,827 yards and 24 touchdowns.

Made 65 of 68 point-after kicks and six field goals to score 83 points for the Bears. Most of his kickoffs went for touchbacks.

A modest tackles total does not tell the whole story of Finucane’s season. The Army signee was a constant disruptive force for the Division I runner-up Bears who drove opponents to other tacklers and also played some on the offensive line. He had 29 tackles in the regular season and added 15 more in the playoffs.

The Virginia signee made the most of lone varsity football season with 82 tackles, 22 tackles for loss and 14.5 sacks.

A Florida signee who led the Eagles with 63 tackles, including 34 solo tackles, 14 tackles for loss and 12 sacks.

An undersized lineman who played a large role for the 5A semifinalists with 99 tackles, 34 QB hurries and 16 tackles for loss.

Top defender in District 7-4A had

Was a standout in the Division I title game with 10 total tackles and finished the regular season with 58 tackles.

Made play after play for the resurgent Wildcats, tallying 65 tackles, 40 assists three tackles for loss and two sacks.

Though only 5-foot-7, played a large role with 63 tackles, four interceptions and three tackles for loss.

Was one of the BR area’s interception leaders with eight, returning two for TDs and also had 37 tackles for SHS.

Helped set the tone for the Wildcats’ defense from the secondary with 87 tackles and five interceptions.

Returned five kickoffs for 291 yards for an amazing 58.2 yards per return average. Scored TDs on three of the five returns.

A key weapon for the Griffins’ defense kept opponents in poor field position and led area 5A/4A punters with a 41.2 average.

COACH OF THE YEAR

In Fertitta’s third season, the Bears morphed into one of the area’s most prolific offensive teams, setting nine school records in a 12-game winning streak during a run to a Division I runner-up finish. Catholic has appeared in the Division I title game in each of Fertitta’s three seasons.