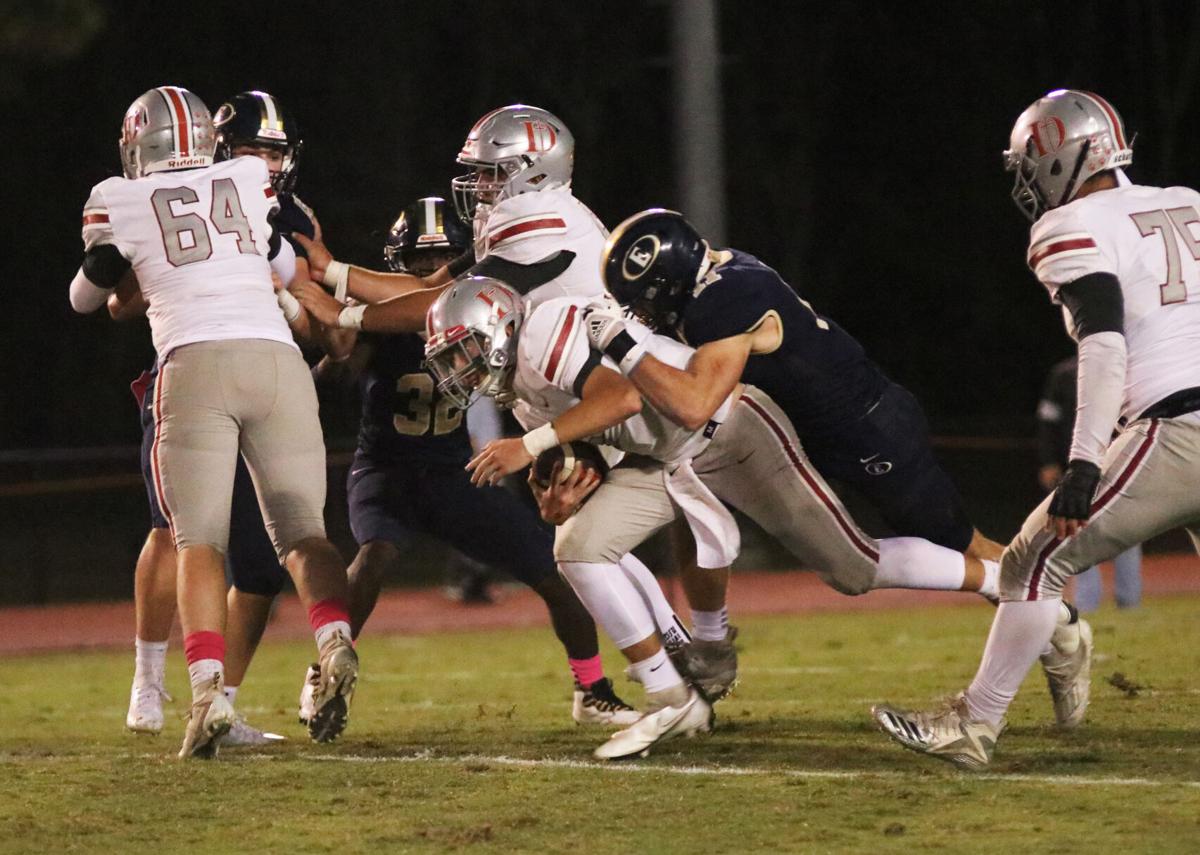 Dunham’s quarterback Hayden Hand gets brought down by Episcopal’s Austin Sybrandt during the match up held at Episcopal on Friday. 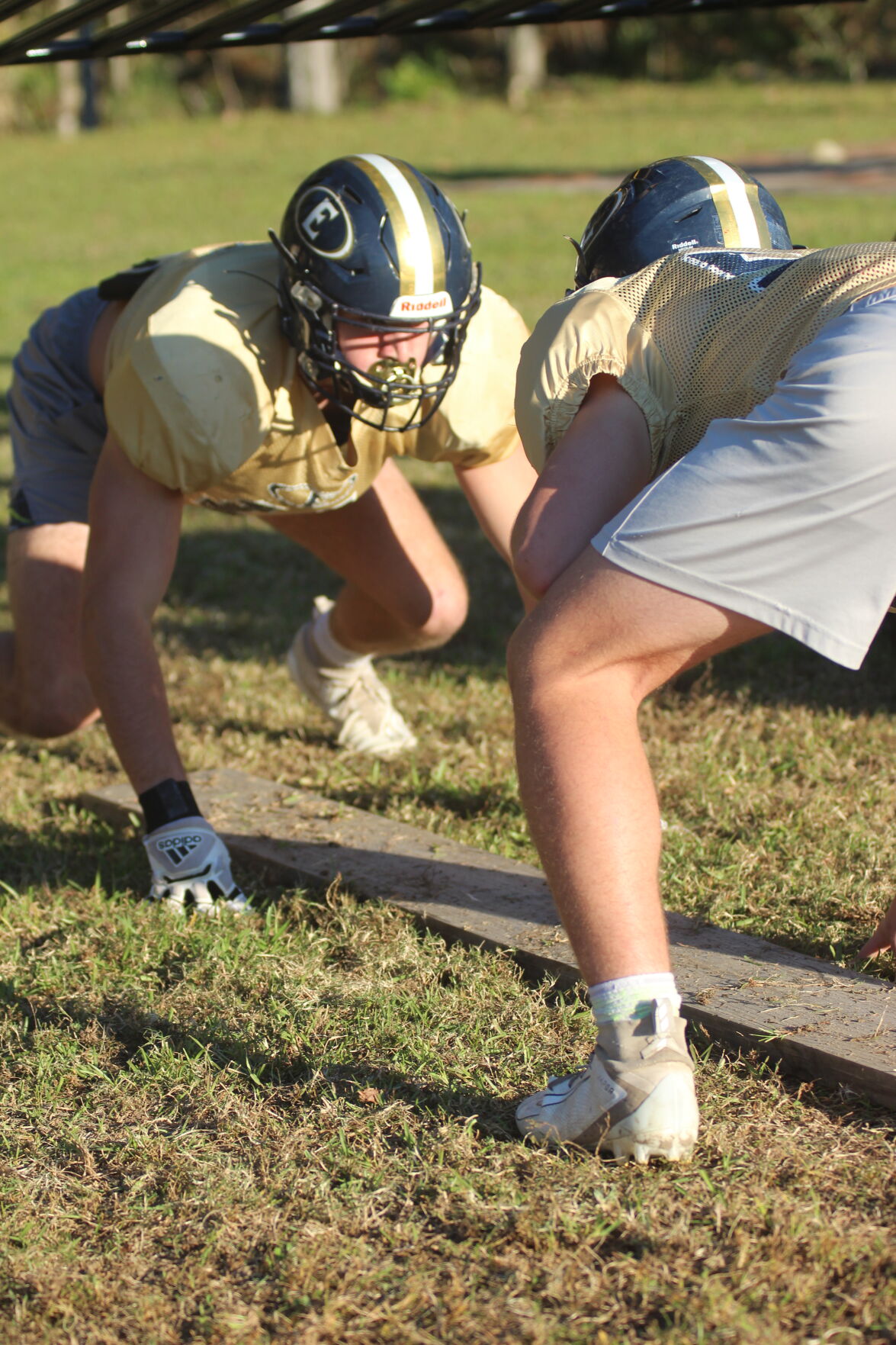 Dunham’s quarterback Hayden Hand gets brought down by Episcopal’s Austin Sybrandt during the match up held at Episcopal on Friday.

When a team’s offense is averaging 46.2 points per game, it might be easy to overlook the impact the defense has made.

That should not be the case for undefeated Episcopal. Sure the offense is putting up gaudy numbers. But the senior-laden defense that features end Austin Sybrandt has some eye-popping statistics of its own.

“Our defense is kind of being overlooked, but our guys take that personally,” coach Travis Bourgeois said. “They practice hard all week and come out and play hard on Friday. It all starts up front.”

Sybrandt (6-foot-2, 205 pounds) has only been a part of the Episcopal football program for two years but has made a significant impact on the field. This season, he has 34 tackles, eight tackles for loss, six sacks and three forced fumbles.

“Our defense is very focused, and we play with high intensity,” Sybrandt said. “I’ve been able to be successful because of my speed and ability to rush the edge.”

“We have a ton of veterans on defense and they take pride in it,” Bourgeois said. “You can credit a lot of our fast starts this season to our defense. They give the offense short fields. They’ve forced 20 turnovers. Anytime you give the offense more opportunities than the other team, it helps.”

Despite only two years of varsity experience, Sybrandt had committed to Davidson. Three weeks ago, he decommitted to reopen his recruitment.

“When I committed, I thought, especially with COVID, that it would be good to nail a place down to go,” Sybrandt said. “I liked the coaches there and everything, but it seemed like from a school standpoint, I wanted something a little bigger, higher academic schools.”

Bourgeois said Sybrandt’s work on the field translates to off the field as well, which includes the defensive end’s 28 ACT score. Also notable is Sybrandt's speed. In February, he ran a 200-yard relay split in 22 seconds for the Knights at the LHSAA's Indoor Championships.

Some of the colleges on Sybrandt’s radar are Dartmouth and Lehigh University. He admitted that the recruiting process has changed during these times.

“It’s been different,” he said. “I had to get a Twitter profile this year. You have to make videos and highlight tapes and send them out. It’s crazy.”

Episcopal carries its undefeated record to Pride on Friday to take on Northeast, which is coming off a 38-12 loss to Port Allen.

Bourgeois said the team has winning an LHSAA Division III select championship as a goal. But, each week it starts with beating the next opponent on the schedule.

“I just want to highlight our senior class and having an experienced group to help get through some tough times,” Bourgeois said. We’ve been fortunate injury-wise so far. Northeast will present a different challenge for us. We’ll have to prepare this week and be ready to go.”

The Catholic High and St. Amant football teams have played some legendary games against each other through the years. But there won’t be one t…