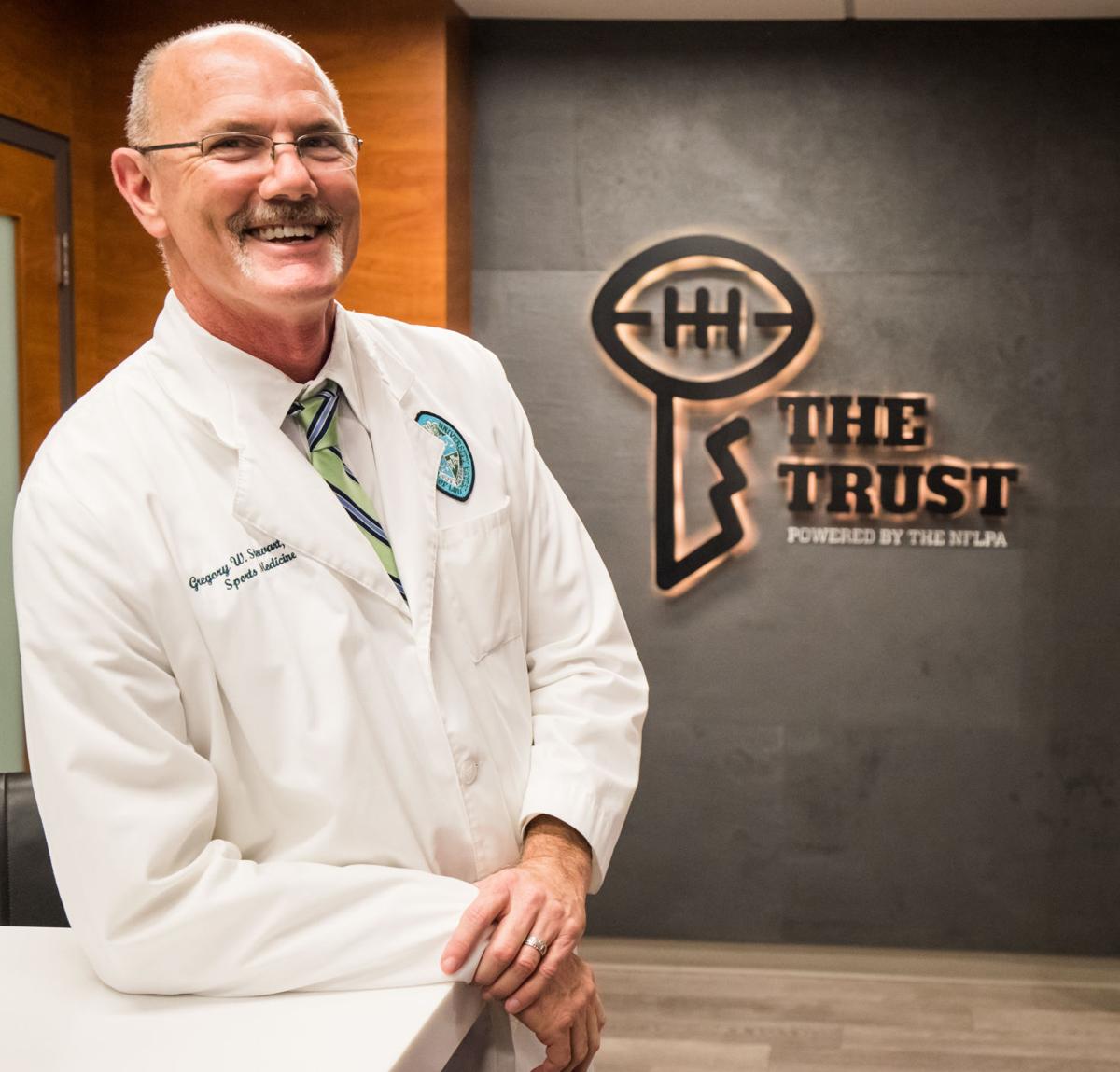 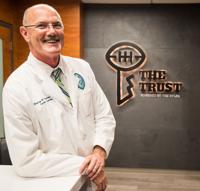 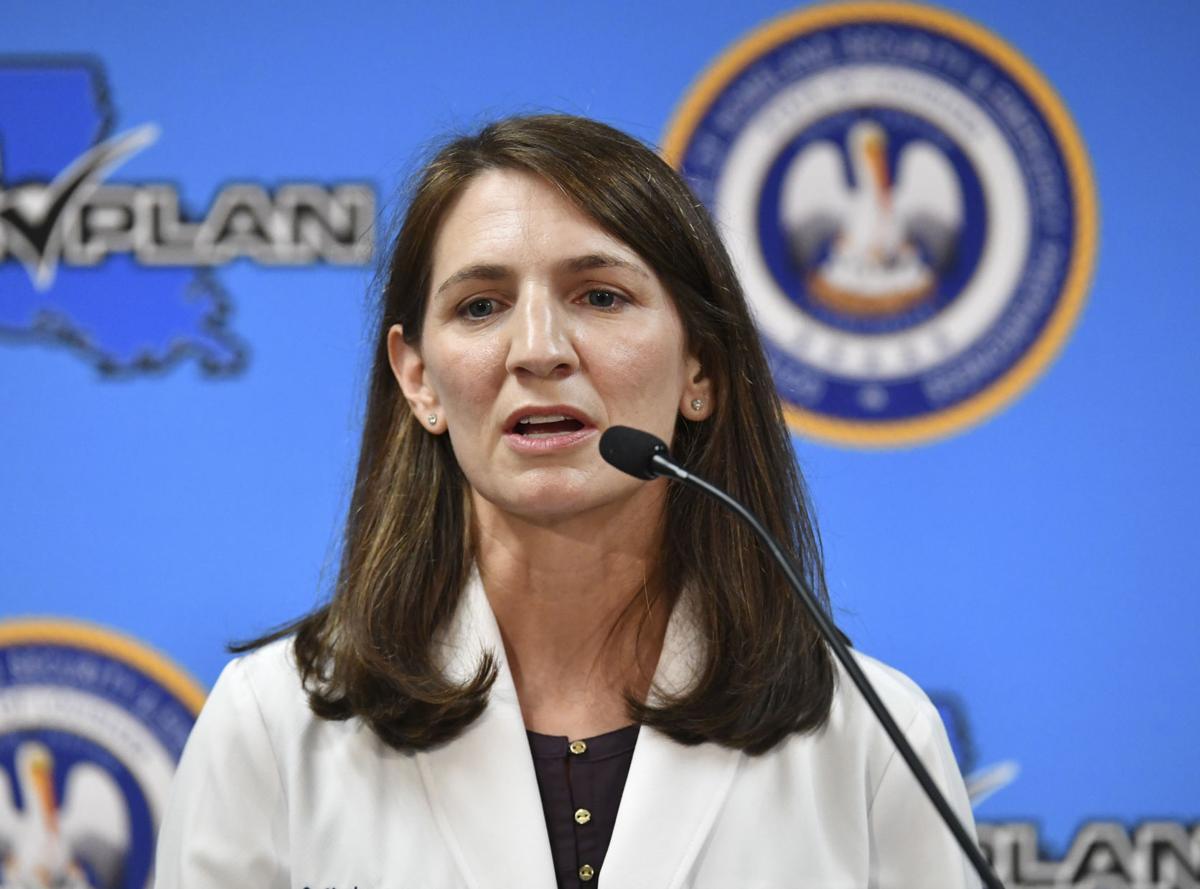 Dr. Catherine S. O'Neal, infectious disease specialist with Our Lady of the Lake, speaks during a press conference, Saturday, July 11, 2020, at GOHSEP in Baton Rouge, La. Edwards announced that beginning Monday at 12:01 am, bars would be closed to on-premises consumption and there would be a statewide mask mandate across Louisiana.

Dr. Catherine S. O'Neal, infectious disease specialist with Our Lady of the Lake, speaks during a press conference, Saturday, July 11, 2020, at GOHSEP in Baton Rouge, La. Edwards announced that beginning Monday at 12:01 am, bars would be closed to on-premises consumption and there would be a statewide mask mandate across Louisiana.

Since the Big Ten and Pac-12 opted to delay their college football seasons earlier this week, many questions have followed. Three have added significance.

Ed Orgeron: No LSU players have opted out of season due to health concerns with coronavirus

What role could myocarditis and other illnesses tied to viruses have as sports on multiple levels look to compete safely during the coronavirus pandemic?

And is there a safe way to play football and other sports?

The short answer is yes on return-to-play for Tulane team physician and co-director of sports medicine Dr. Greg Stewart.

However, both Stewart and Dr. Catherine S. O’Neal, chief medical officer at Our Lady of the Lake, advise coaches, parents and athletes to be proactive and follow the evolving COVID-19 science.

“I was on (a virtual meeting) with the presidents of the American Athletic Conference and (myocarditis) is one of the big concerns they have, as well as other conferences,” said Stewart, who chairs AAC’s COVID-19 medical advisory committee and the LHSAA’s sports medicine advisory committee.

“As we’re going through this now, I have to say that medical folks knew about this all along … months ago. It was not a big shock. We knew it would be a thing.”

O’Neal, an infectious disease specialist, has been at the local forefront of the COVID-19 pandemic. Though COVID-19 is a political football for many, O’Neal says myocarditis and other illnesses like multi-system inflammatory syndrome, which is being diagnosed in children and some young adults, make the role of health care professionals vital to the return to sports.

“I think there is a dichotomy in our country regarding how people feel about this virus,” O’Neal said. “It’s our job as health professionals who work with young people to explain the importance of raising your hand. Say ‘I’m congested’ or ‘I’m short of breath.’

“From a sports perspective, we have to be vigilant. Know the signs and symptoms. Parents want to play just as much as kids. That is why it is so important to educate the entire family.”

How might the Big Ten and Pac-12's decisions to postpone football affect the SEC?

The first major college football conferences fell to the coronavirus pandemic on Tuesday, when the Big Ten and Pac-12 announced they won't pla…

Myocarditis is not new. It is an inflammation of the middle layer of the heart wall that is caused by viral infection. There are typically less than 200,000 cases nationally each year.

In worst-case scenarios, it can weaken the heart, which can lead to heart failure, abnormal heart-beat and sudden death.

Now it is part of the COVID-19 story, too. Media reports stated that five Big Ten athletes were diagnosed with myocarditis hours before the conference announced its decision to postpone fall sports.

Earlier this month, the Boston Red Sox announced pitcher Eduardo Rodriguez was out for the remainder of the year after first being diagnosed with COVID-19 and then myocarditis.

The percentages of those diagnosed with myocarditis are low, despite high-profile instances. Stewart notes 1-3%, while O’Neal lists 5% as a possible ceiling. Athletes are typically “shut down” for six months after a diagnosis as rest with no exercise or exertion is prescribed.

The problem is that COVID-19 has not been around long enough to be studied for tendencies and to compile reliable data.

“It’s too early to cite statistics and percentages because it has not been around long enough … this has only been a few months,” Stewart said. “Also, we don’t have much information on the asymptomatic individuals. They may not have been tested or had a follow up. This is not something you can’t figure out, but it will take time.”

O’Neal notes, “With coronavirus, we have a lot of questions and very few answers so far. We do know what we have learned from investigating other viruses. But we don’t have a blanket recommendation for what we should do.

“Say you’ve got a player who has done very well with COVID. They have recovered and you want to bring them back. Should you ask how they are doing? Or should you go above and beyond that? Those are questions we will need to answer.”

F. King Alexander takes a shot at SEC, says it's not seeing 'reality' of playing football

In the wake of the Pac-12's decision to postpone all fall sports, including football, until 2021, F. King Alexander said the Southeastern Conf…

What to look for and do

The adage “Honesty is the best policy” applies here.

Shortness of breath and fatigue outside the norm are among the symptoms to look for.

“This will not be someone who tested positive but is doing fine with workouts. The cardiac changes you see are not subtle,” said Stewart, who reiterated O’Neal’s point. “The kids are going to have to be honest with their physicians and health care providers.

"And the health care providers need to be someone who knows what to do and what we are looking for. If you have that, it is safe to go ahead and play/participate.”

Stewart said blood tests and electrocardiograms are minimally invasive tests that screen for myocarditis and other ailments when athletes display key symptoms.

“One thing we do know is that we can’t prevent myocarditis. It is an individual’s response to a virus,” O’Neal said. “It has everything to do with the immune system. Once we diagnose myocarditis we can rest the heart, which is very important for anyone who has it.”

Saints to play their opener without fans, but crowds are possible later in the season

It is unlikely fans can attend Week 3's game against the Green Bay Packers as well.

Tulane, like many colleges, had plans in place to do extra testing for COVID-19 and more before athletes returned to campus. Stewart said a similar strategy needs to evolve for high schools as athletes diagnosed with COVID-19 return to practice.

Stewart suggests an added pre-participation clearance exam for athletes who test positive. O’Neal stresses finding specialized options and notes that OLOL is starting a post-COVID clinic where athletes and others who had the virus can be evaluated based on their specific symptoms.

“The NCAA has put up some recommendations and the NFL has even more rigorous recommendations. I can’t say which one is better. I can say some sort of follow up is important,” O’Neal said. “This is like what we have done in so many other things — like concussions. There is an algorithm for that.

“We need to find our algorithm for COVID recovery. We need to play that algorithm out. I think the story you want is my kid had COVID. We went through our algorithm and we feel like he or she is as safe as they are going to be to play.

"This is as good as it's going to get. I hope we can get to that point.”

After the Southeastern Conference decided to shorten its season to a 10-game, league-only schedule, it was clear that the league intends on pl…