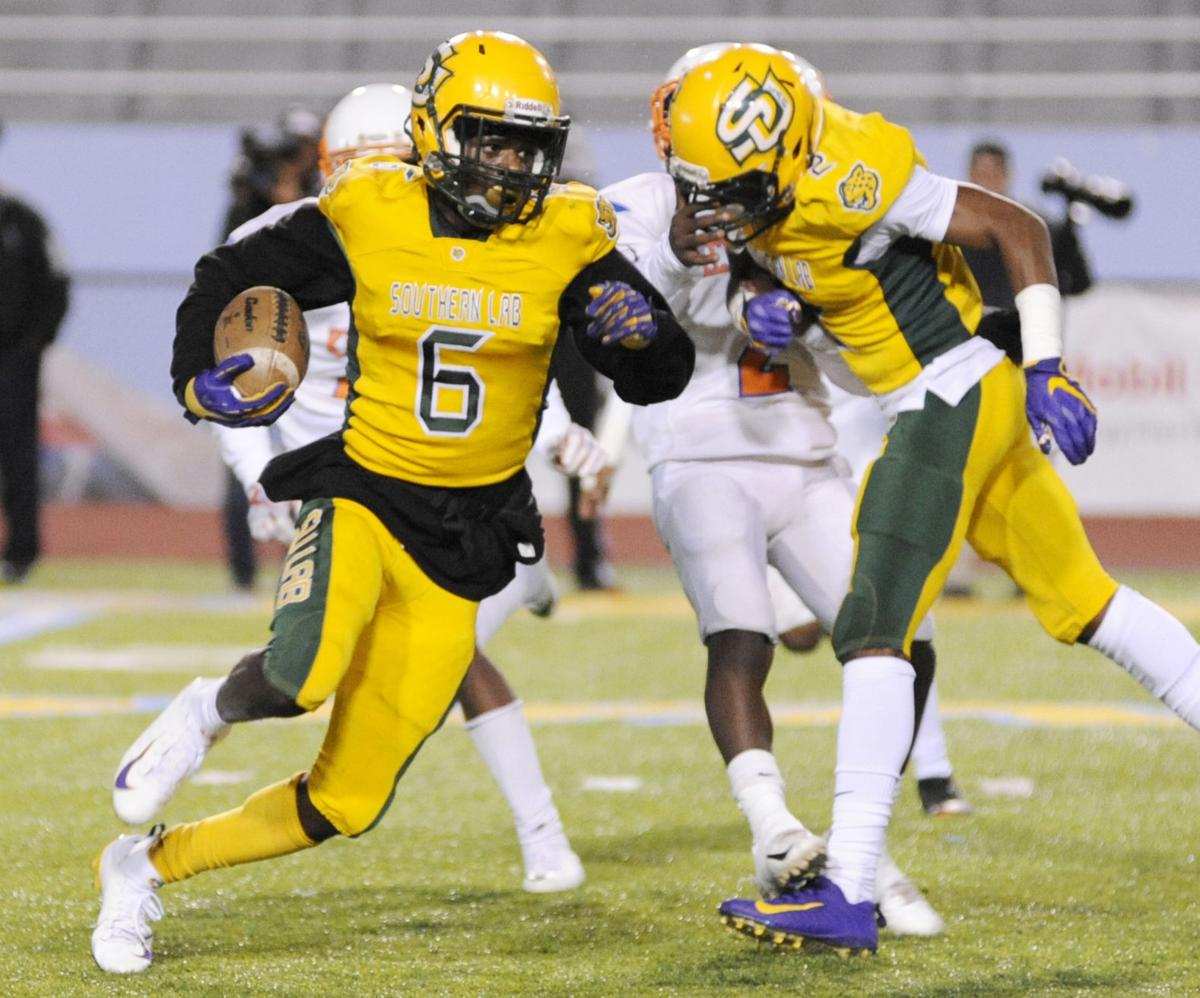 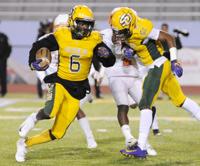 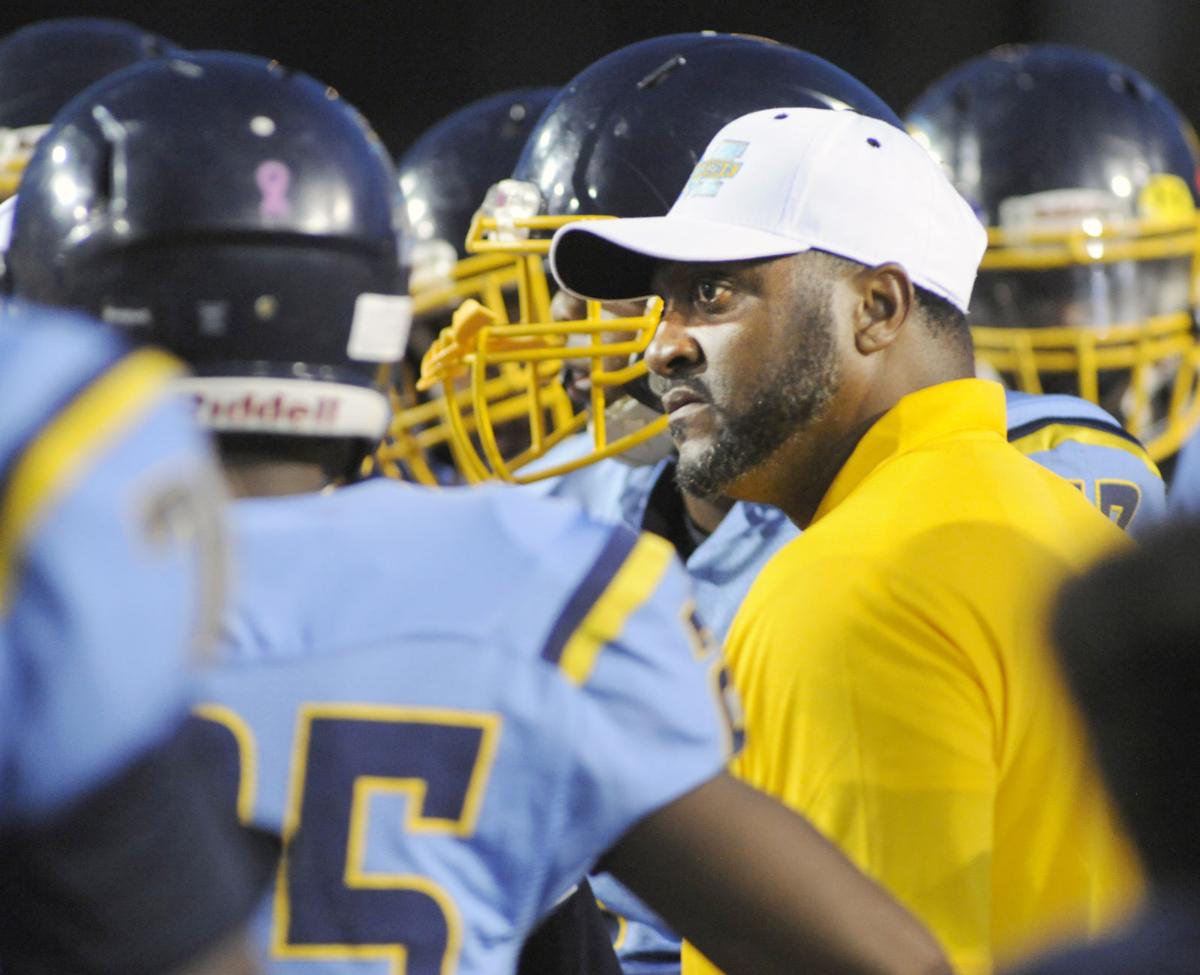 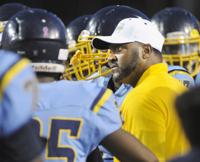 Madison Prep coach Landry Williams talks to his players during a time out on Friday night against West Feliciana at Memorial Stadium.

Madison Prep coach Landry Williams talks to his players during a time out on Friday night against West Feliciana at Memorial Stadium.

Madison Prep and Southern Lab did not need a special reason to get together. But a Thursday game dubbed the Michael Roach Classic just adds a little something to the meeting.

“Over the years, I’ve had the chance to get to know coach Roach and even matched wits with him a couple of times on the college level,” Southern Lab coach Darrell Asberry said. “I think it’s great that we get to honor him, since he coached at both schools. And we get to play a quality opponent.”

Game will be played at Southern's A.W. Mumford Stadium for top-ranked Southern Lab (1-0), of Class 1A, and 3A MPA (0-1). It is one of three Thursday games. Mentorship Academy (0-1) hosts Istrouma (0-1) at Memorial Stadium, while The Dunham School (1-0) hosts Thrive Academy. All games begin at 7 p.m.

“Yes, we’re looking forward to it,” Madison Prep coach Landry Williams said. “Southern Lab is a quality team every year. They graduated some great players, but they come back at you with two big running backs and a solid defense that has size up front and big, skilled players behind them.”

Both coaches have ties to Roach, who teaches at MPA, and to each other. Roach had two stints as head coach at Southern Lab. He stepped away from coaching following the 2016 season after coaching Madison Prep to a Class 2A runner-up finish. The two schools previously played in a jamboree together.

The one thing both coaches expect is to see a different look from their opponent. Asberry said Southern Lab ran out of one formation in its 45-6 win over Belaire. Williams believes his team is prepared to execute better than it did in last week’s 38-30 loss to Class 5A Walker.

“We had turnovers and made a lot of mistakes,” Williams said. “On defense, there were a couple of blown coverages. All that put together cost us. We need to play better and I think we can.”

One match-up to watch will be SLHS quarterback Angelo Izzard and receiver Reginald Johnson against an MPA defensive backfield led by two top 2020 recruits — LSU commitment Major Burns and Joel Williams. The Kittens’ Johnson is a Houston commitment.

ISTROUMA VS. MENTORSHIP: Istrouma seeks its first varsity win since the school reopened in 2017 against a team coached by a former Indian coach Keith Woods.

Le’Veon Moss ran for a game-high 170 yards and two touchdowns in Istrouma’s 26-13 loss to Class 3A Bogalusa last week. Mentorship lost its season opener to Class 5A Central, 50-6.