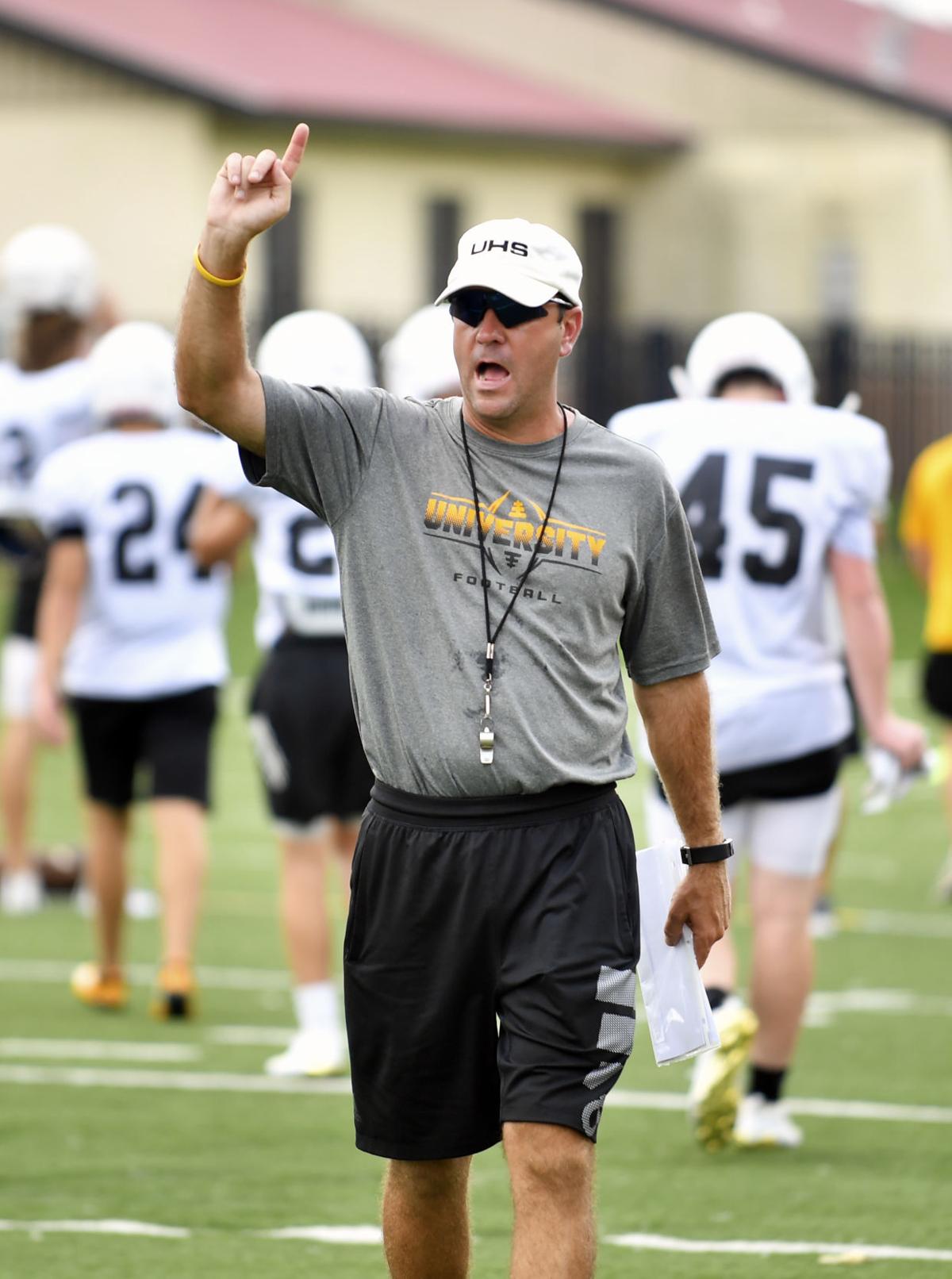 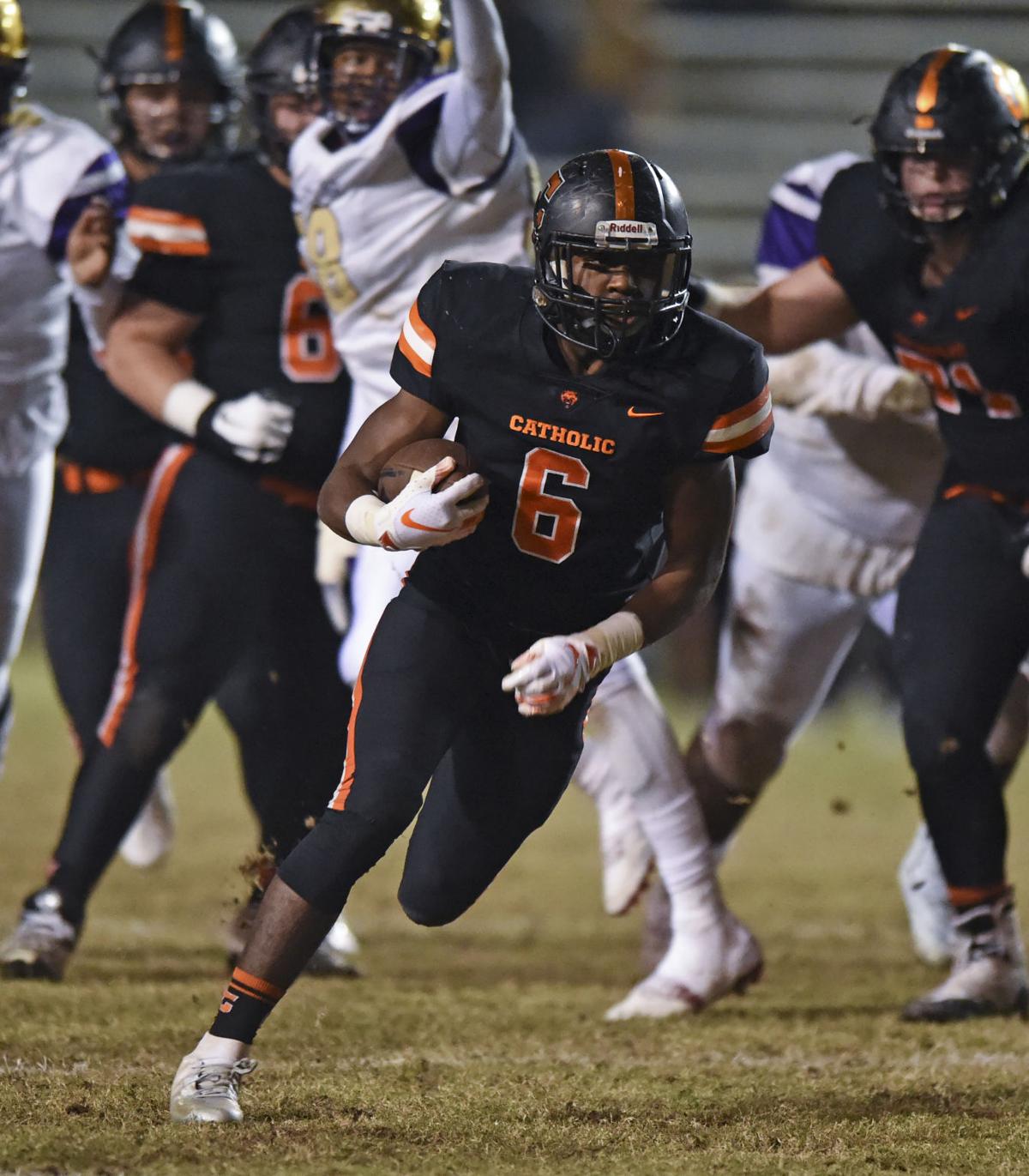 Catholic High's Joshua Parker (6) carries up the right side in the first half of a Division I quarterfinal football game against St. Augustine on Friday, November 16, 2018, at Memorial Stadium in Baton Rouge, La.

Catholic High's Joshua Parker (6) carries up the right side in the first half of a Division I quarterfinal football game against St. Augustine on Friday, November 16, 2018, at Memorial Stadium in Baton Rouge, La.

Several top local football teams took their show on the road in Week 2. Along with moments of glory, the glare of a statewide spotlight can also illuminate other things, like weaknesses and inexperience.

Did I think that two BR teams that have each won back-to-back LHSAA titles would be shut out by a combined 81-0 score? Not at all.

To some, University High’s 28-0 loss to Neville in Monroe and Zachary’s 53-0 loss to Deerfield Beach, Florida, at the Landers Battle on the Border IX in Shreveport may offer the perfect opportunity to push the panic button.

Let me offer three short words of advice — Don’t do it.

A high school football season is many things. It’s big plays and costly turnovers. It’s the thrill of victory and the agony of defeat. Most importantly, it is a journey, regardless of which side of the win/loss fence you find yourself on each week. We still need to see how this season plays out.

So … Week 3 is now front and center and there is plenty to ponder. How do the teams who lost Week 2 showcase games bounce back? And what about all the rest? Consider these examples:

The Cubs changed head coaches and graduated a ton of talent after 2018. That impressive Week 1 win over John Ehret extended U-High’s winning streak to 27 games and into a third season.

In hindsight, it was foolish to think there would be no growing pains for Class 3A U-High. Class 5A Catholic, coming off a 24-17 win over North Little Rock at the Battle on the Border, is next up.

It is the third year in a row the teams have played. Notable fact: UHS coach Andy Martin was once the defensive coordinator at Catholic.

The good news? Zachary plays at home for the first time since its jamboree. The bad news? Brandon is one of the top teams in Mississippi.

This game will certainly be a gut check for the Broncos, who are going through perhaps the most extended hardship of coach David Brewerton’s tenure at the school.

Can they be who we think they are?

Obviously, Scotlandville of District 4-5A and Dutchtown of 5-5A have come out of the gate fast. We should find out if the teams can maintain and build on success. Captain Shreve played in Saturday’s late game at the Battle on the Border. Covington is a steady winner.

How intriguing is this?

Call this one a purpose game and a rigid measure of progress for Capitol. Amite is the defending Class 2A champion and the alma mater of second-year Capitol coach Dorsett Buckles, a former LSU player. Perhaps that win over rival McKinley offers some key confidence for the Lions.

Dunham and PBS are two south Baton Rouge schools from different classifications. Dunham has played well AD (after Derek Stingley Jr.), while Parkview looks to find its footing after a blowout loss and a big win.

After a road loss to Ferriday, Plaquemine heads to Lafayette to play top-ranked STM. Denham Springs hosts the Gators in a search of a winning formula, something St. Amant wants to build on.

East Ascension lost on the road to Haughton the week after a big win over Zachary. Yes, EAHS should beat 3A Northwest. The question is how and with what amount of passion. Also, EAHS coach Darnell Lee was previously head coach at Northwest.

If you don’t like the possibilities here, check out the Week 3 schedule. Find a game you like and go to it.