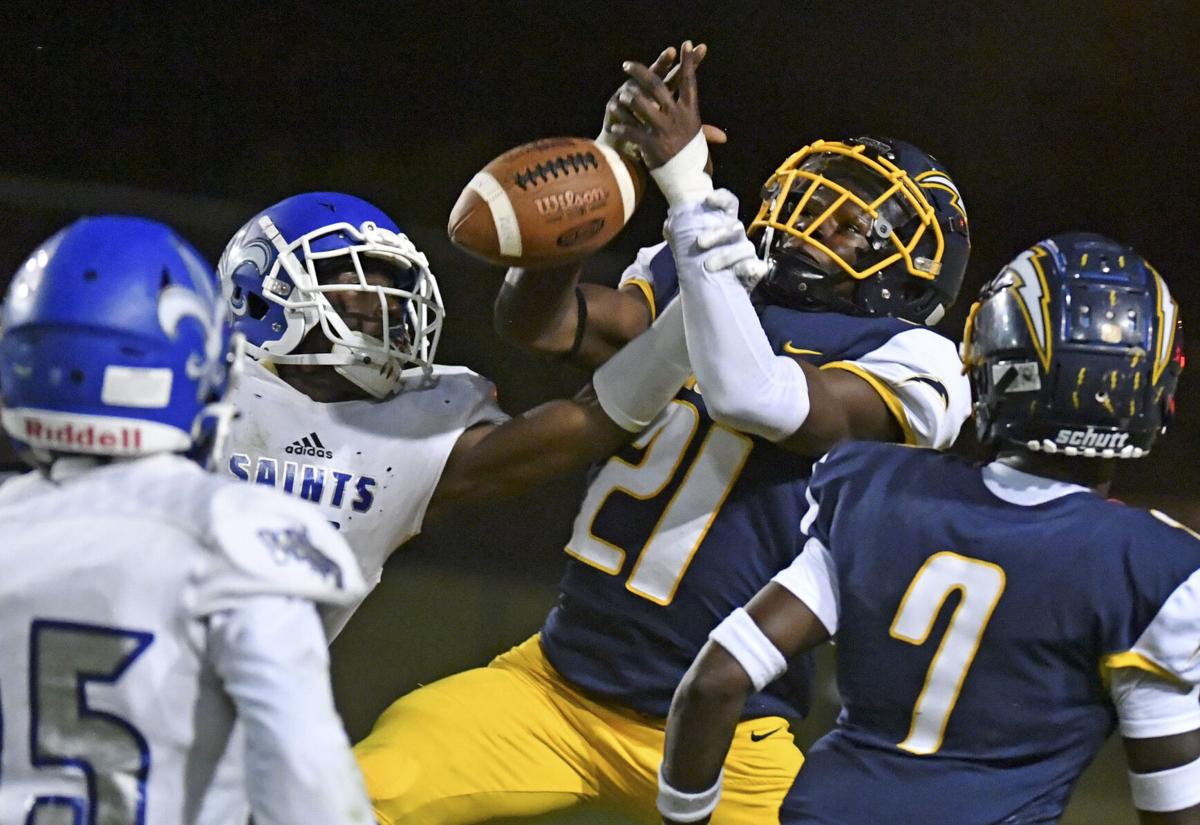 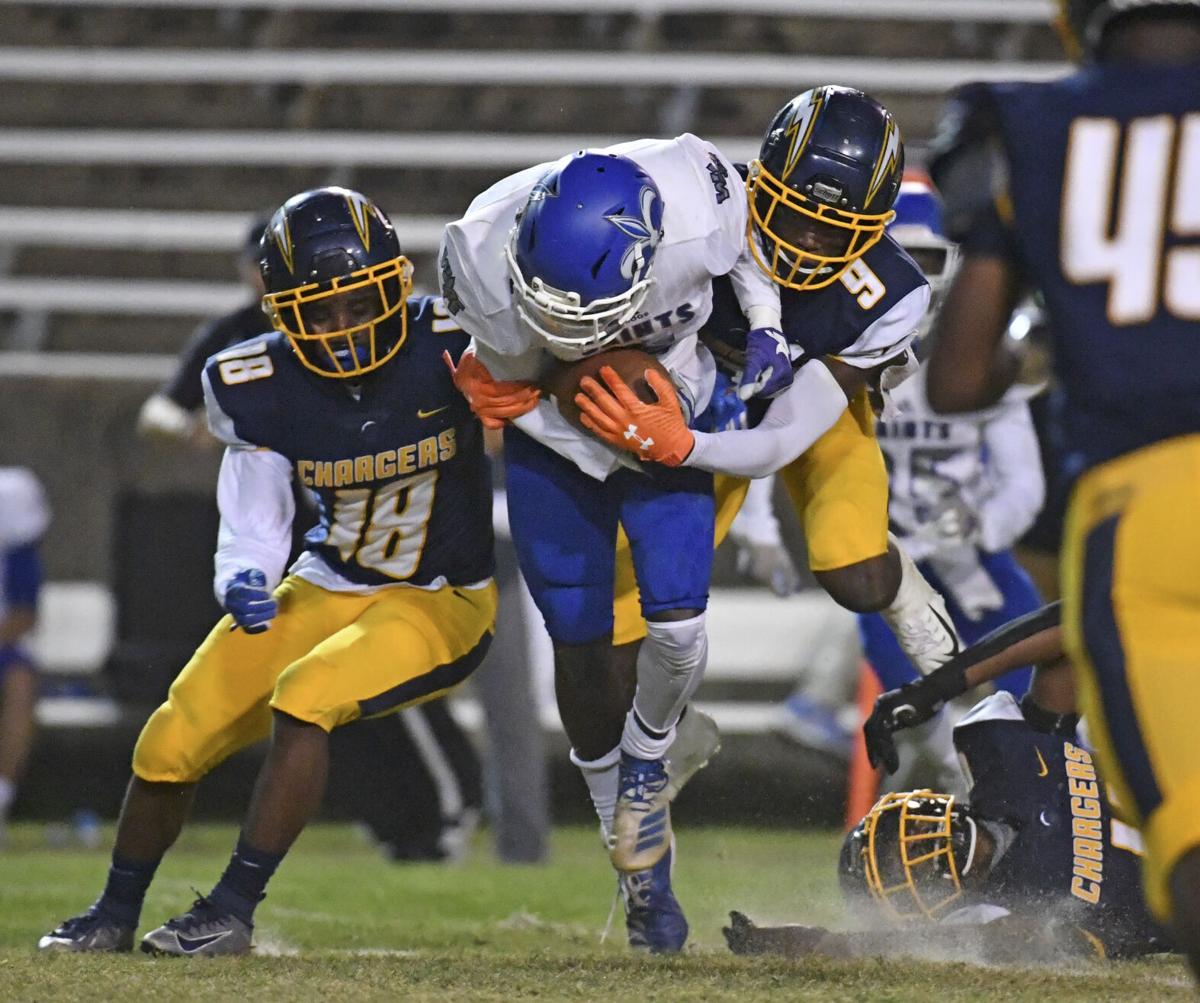 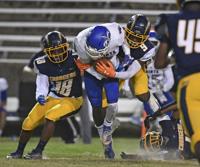 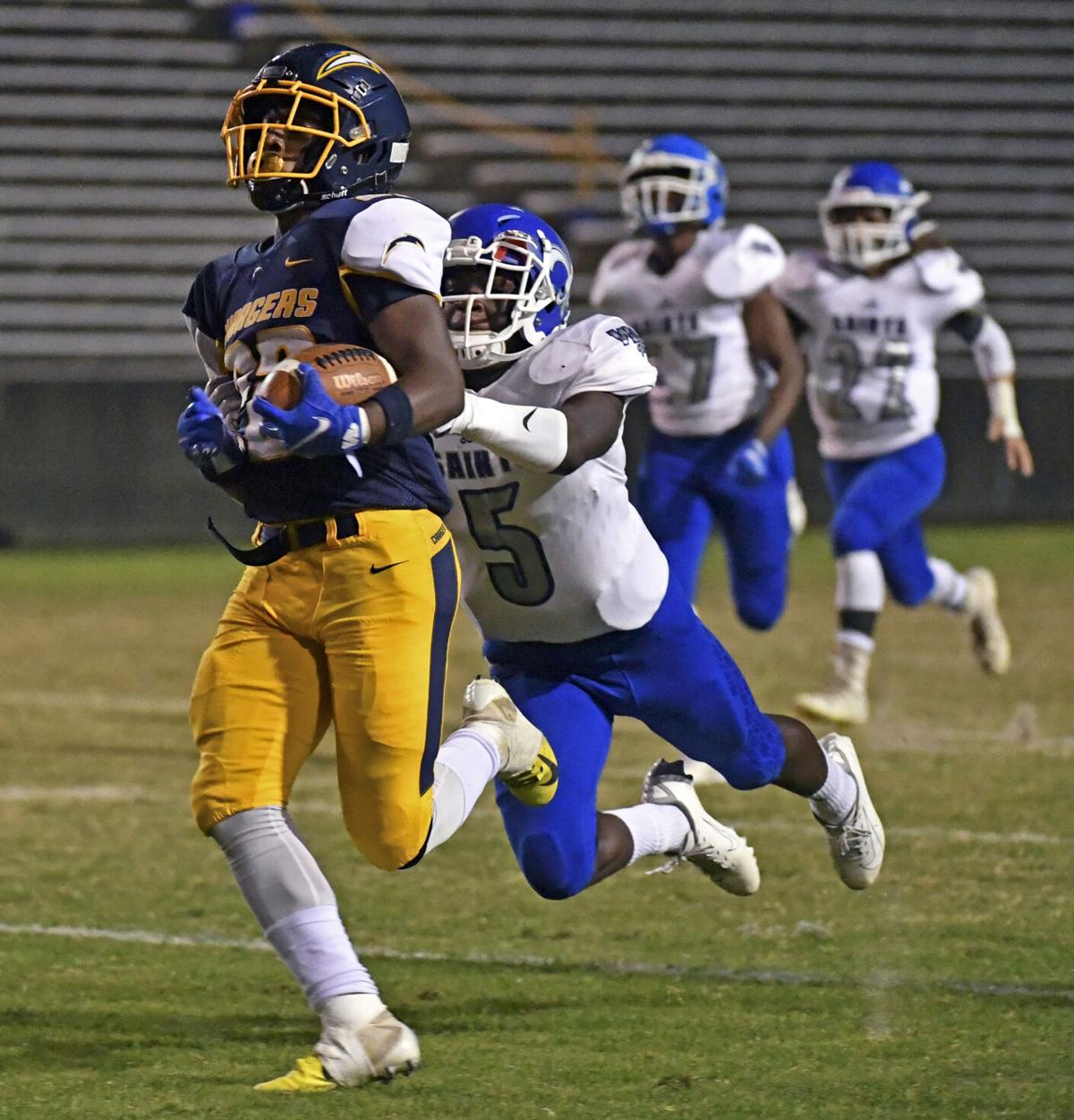 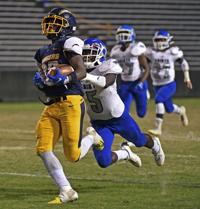 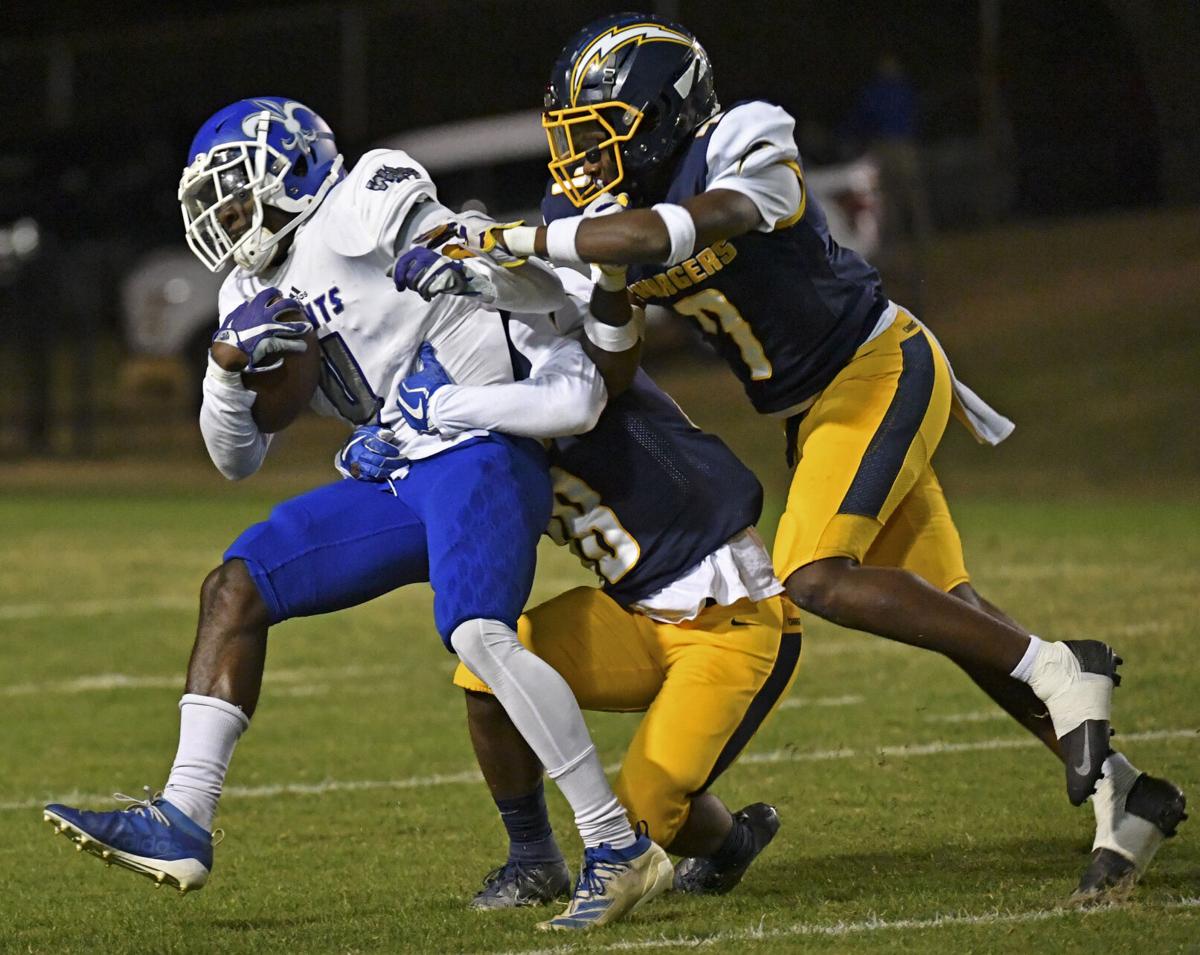 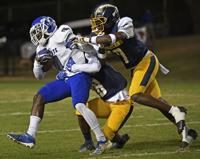 Madison Prep scored two touchdowns in the first six minutes to establish control, then cruised to a 38-20 win over West Feliciana in a District 7-3A game at Memorial Stadium on Thursday night.

Zeon Chriss passed for four scores and ran for another as he led a Madison Prep (6-1, 5-1) attack that piled up 522 yards, and two-way star Tyrell Raby had five receptions for 80 yards and a touchdown and intercepted a pass.

Madison Prep (6-1, 5-1) scored four plays into the game on a 23-yard touchdown pass from Chriss to Tyrell Raby. They added a 2-yard touchdown run from Jacarre Cooper at the 6:10 mark of the first quarter to build a 13-0 lead.

After spotting Madison Prep two quick scores, West Feliciana’s best chance to get back into the game turned into a sequence that instead saw the Chargers pad their lead.

The Saints drove to the Chargers' 2-yard line late in the first quarter, but the Chargers defense refused entry into the end zone.

On fourth-and-goal from the 3, the Madison Prep defense forced Clement out of the pocket. As he scrambled left and was being hit, Clement found Antonio Haile on a short pass, but the MPA defense swarmed in and tackled Haile for a 7-yard loss, forcing the turnover on downs.

Three plays later, Chriss dropped back to pass and as he stepped up in the pocket, he saw that the entire left side of the field was vacant. He sprinted down the sideline, sidestepped a Saints defender around midfield, and outran the rest of the defense to the end zone for an 88-yard score. That gave the Chargers a 20-0 lead, and West Feliciana never got closer than 13 points the rest of the way.

Criss completed 14 of 19 passes for 285 yards and added another 118 yards on six carries. He was protected well all night but had a knack of knowing just when to take off and run.

Madison Prep coach Landry Williams: “We got off to a good start and executed well on the first two drives. We wanted to take this game and get it under our belt and get ready for the playoffs. West Feliciana has played all four quarters all year, so that was no surprise, but my guys kept their composure when things got a little rocky and close the game out”

West Feliciana coach Hudson Fuller: “They had some explosive plays early. A majority of their success was on explosive plays. That is one thing that we can continue to improve on. We had a lot of good plays tonight, but we have to be consistent from down to down”

• West Feliciana was among the local teams that played eight regular-season games. They managed to avoid COVID-19 issues within their own team and their opponents.