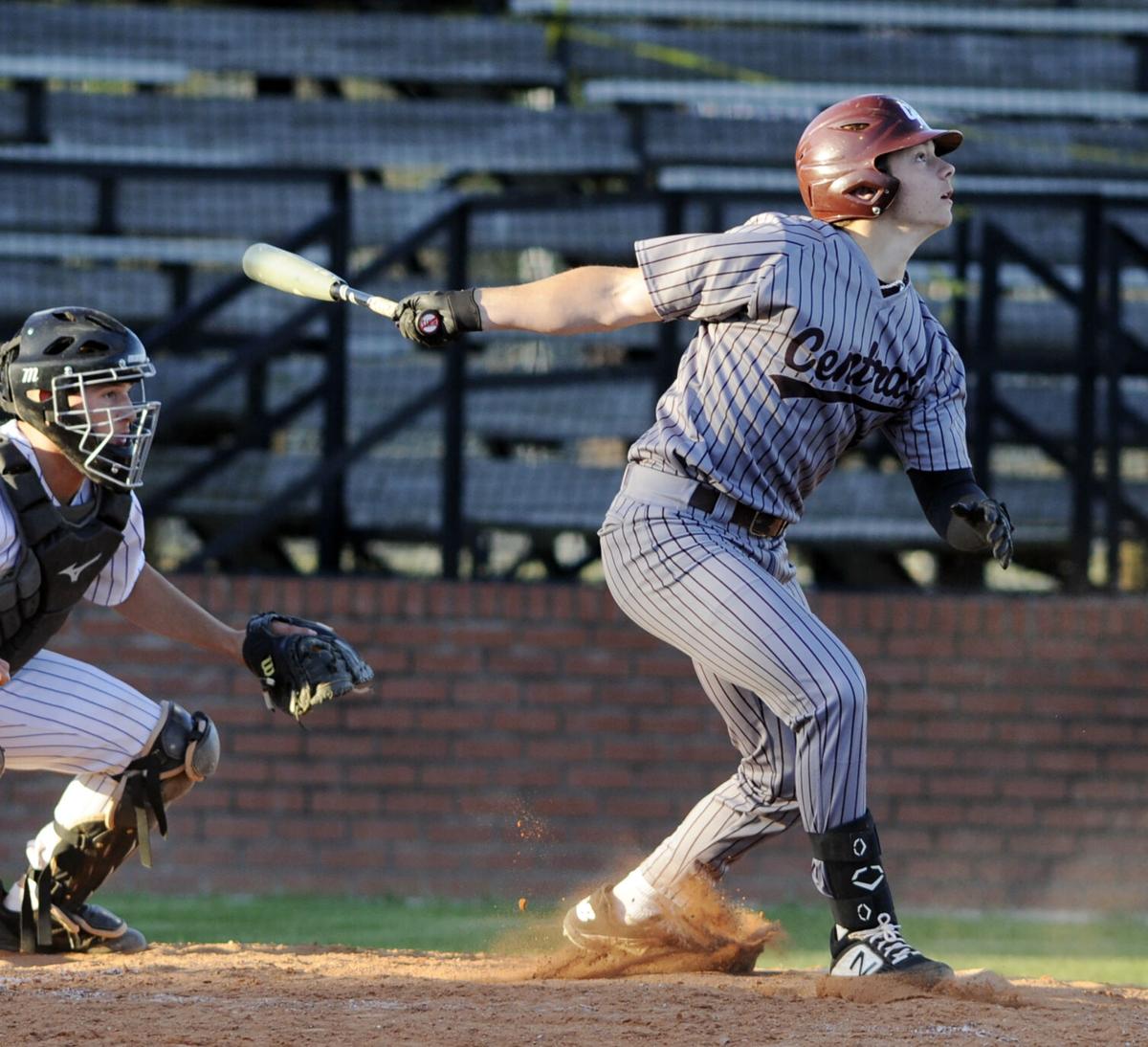 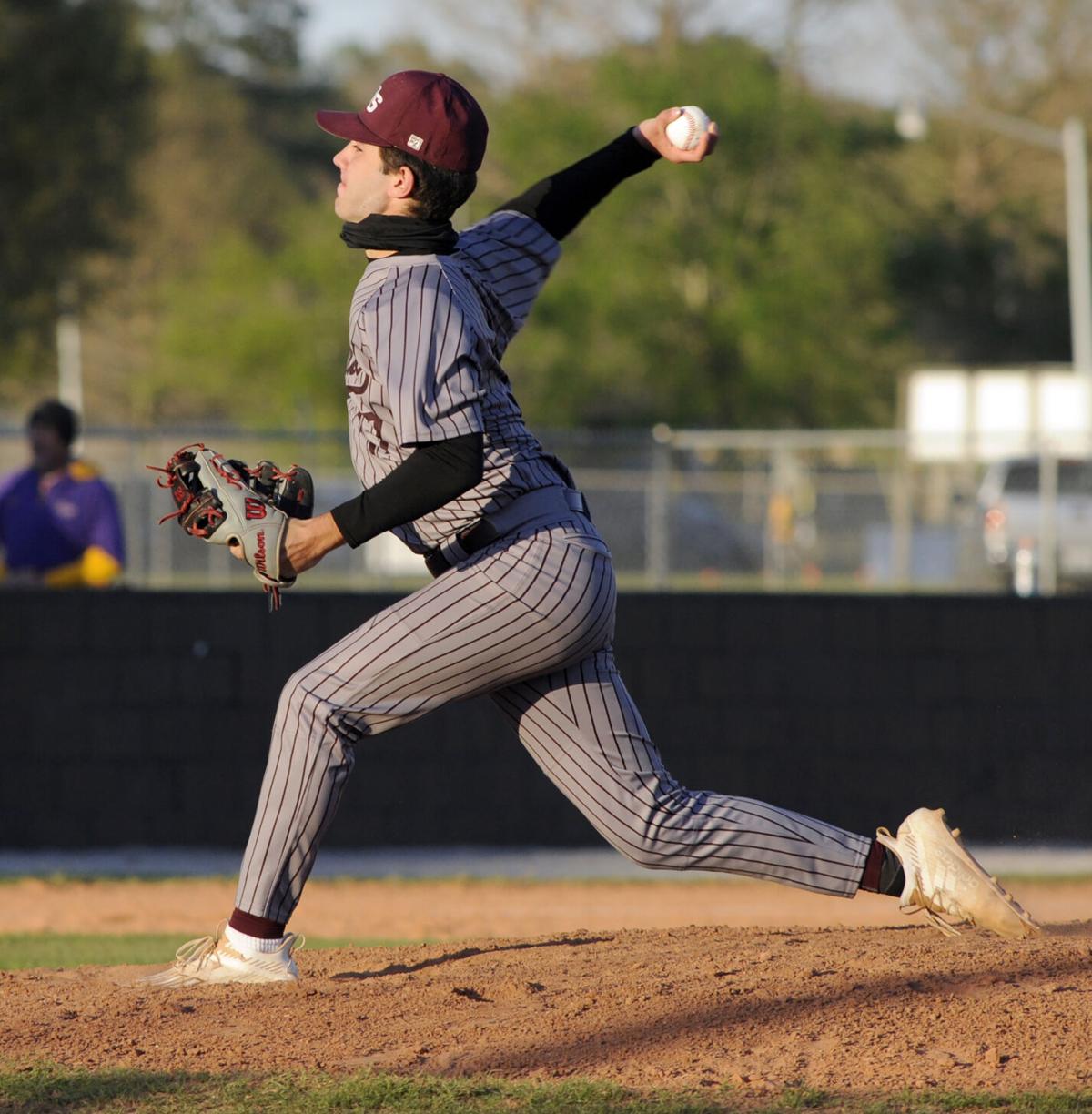 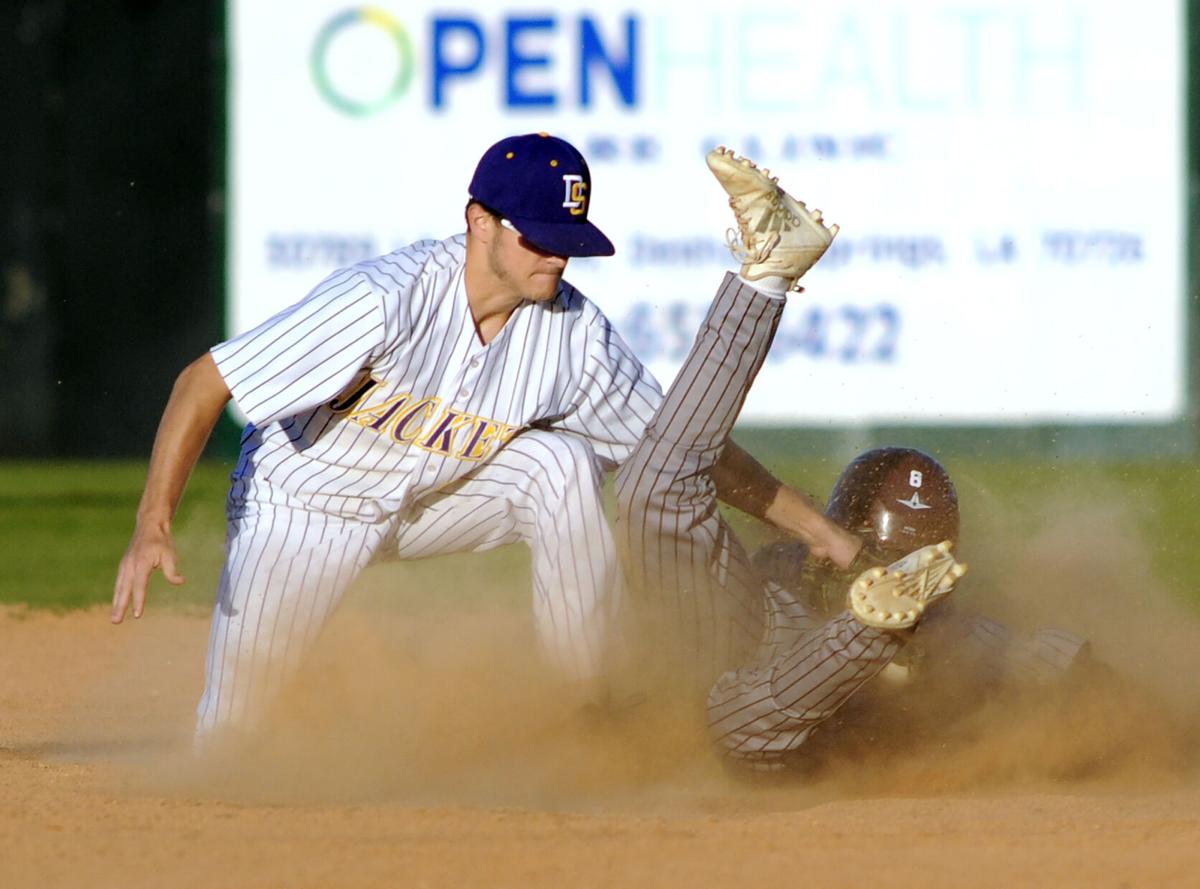 Denham Springs short stop Cameron Andrewson attempts to tag Central's Jude Gremillion as he slides at second base , on Thursday night , at Denham. 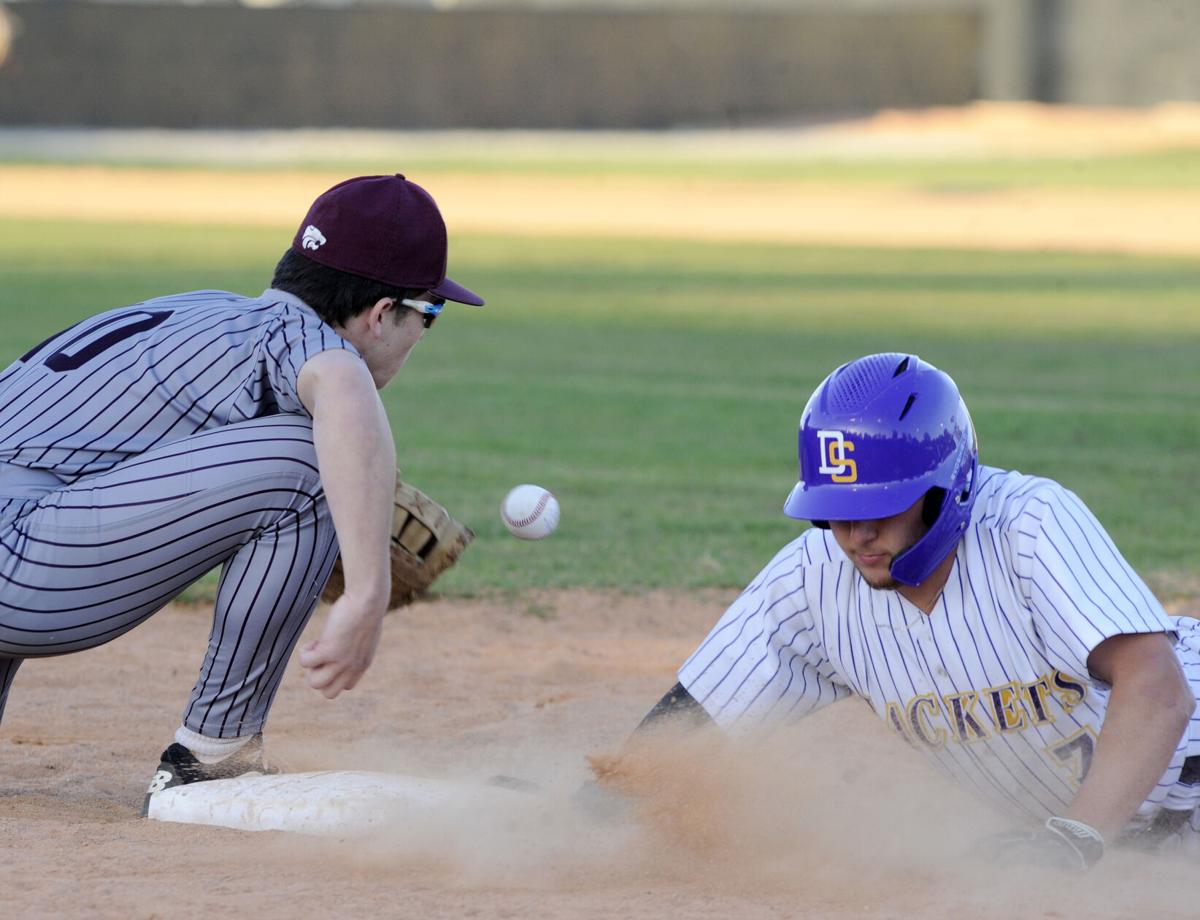 Denham Spring's Reese Smith beats the throw to Central's Jeremy Wise, at first base , on Thursday night at Denham. 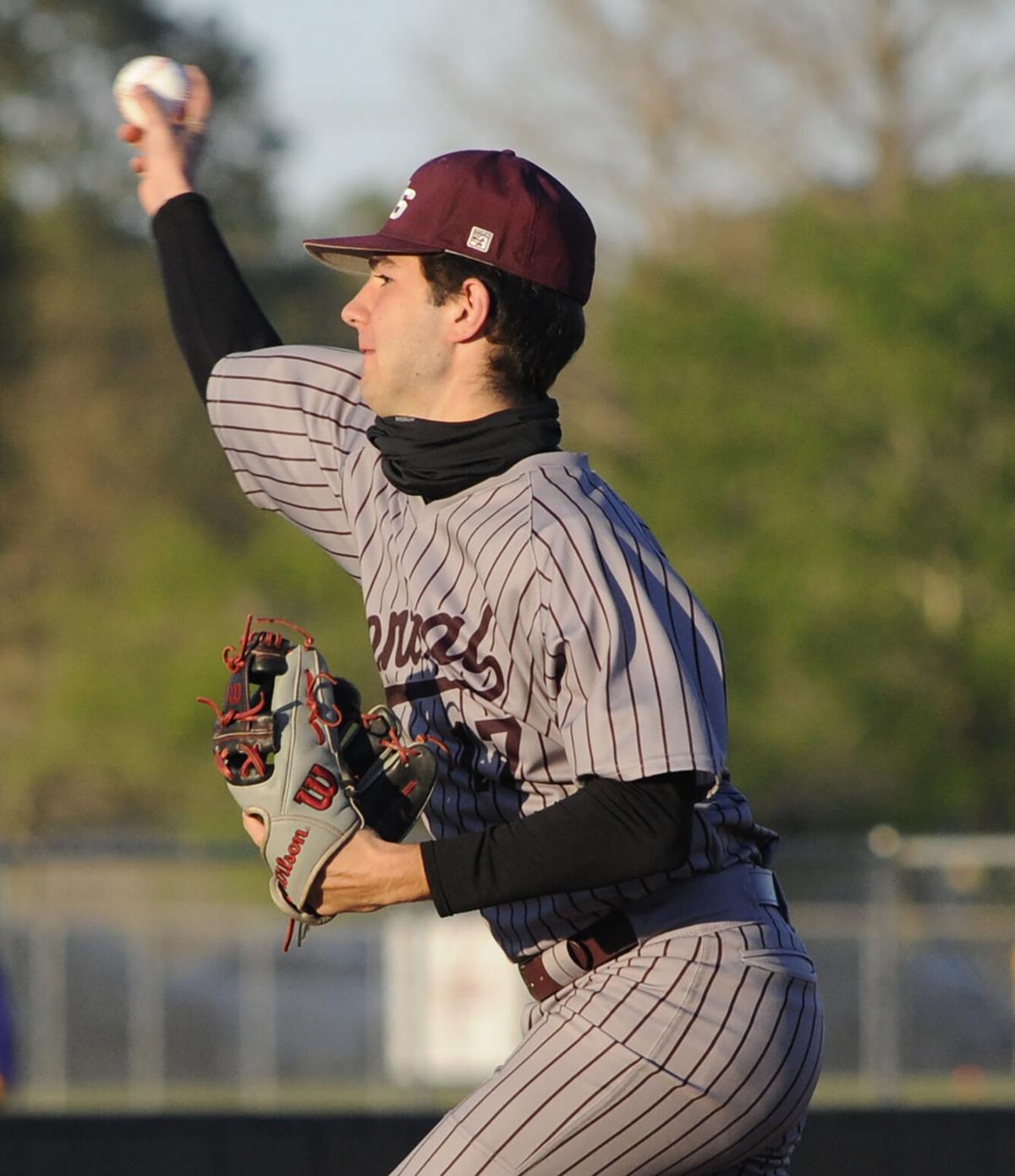 Denham Springs short stop Cameron Andrewson attempts to tag Central's Jude Gremillion as he slides at second base , on Thursday night , at Denham.

Denham Spring's Reese Smith beats the throw to Central's Jeremy Wise, at first base , on Thursday night at Denham.

The Wildcats showed their coach they’re more than worthy of being a triple-threat team.

Central exploded for a season-high 18 runs, including a 10-run fourth inning, to back the compete-game pitching effort of Jimmy Johnson in an 18-0 run-rule victory over Denham Springs in five innings at North Park’s A.B. Netterville Field.

“I’ve been here 1½ years and this is the first time I like our identity,” McClure said. “We’re throwing strikes and we’re solid defensively. If we begin to hit, we’re difficult to deal with.”

Johnson, who pitched a two-hitter, provided the Wildcats with their third consecutive shutout and fourth in their past eight games. He struck out nine and didn’t walk a batter.

Central piled up 13 hits, with seven of nine starters picking up at least one hit and all nine starters reaching base. Eight players drove in runs, led by shortstop Taylor Walters with four RBIs. Walters hit his first career home run on any level — a three-run shot in the third inning to make it 8-0.

Third baseman Connor Cassels went 4 for 4 with a double and three RBIs, designated hitter Caleb Easterling (2 for 3, double, two RBIs) and Johnson (2 for 4, RBI) to pace the Wildcats’ offensive explosion.

“It felt really good,” said Walters, who was 2 for 4 and also received his home run ball as a keepsake. “I wanted it more for my team against our rivals.”

“With the stuff we did, with the plays defensively that we didn’t make, a T-Ball team would have beat us tonight, and that’s not to take anything away from them,” Carroll said. “I don’t think I’ve ever been on the receiving end of one like that.”

Central batted around in the fourth inning, sending 16 hitters to the plate to score 10 runs on nine hits with Johnson, Cassels and Easterling each picking up two hits in the inning and each driving in a run.

“I told coach Carroll that I’ve been doing this long enough and been on both sides of that score before,” McClure said. “Tonight, we hit, and they kicked some balls.”