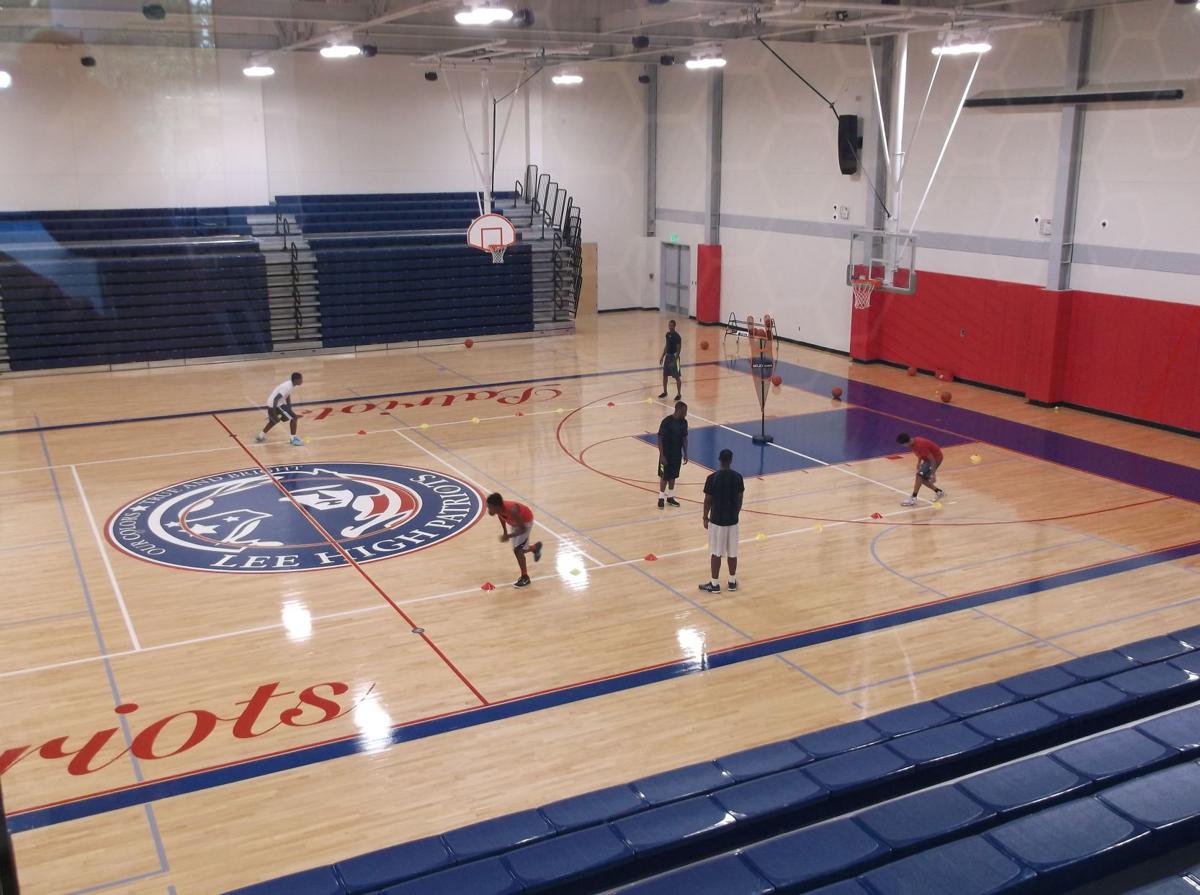 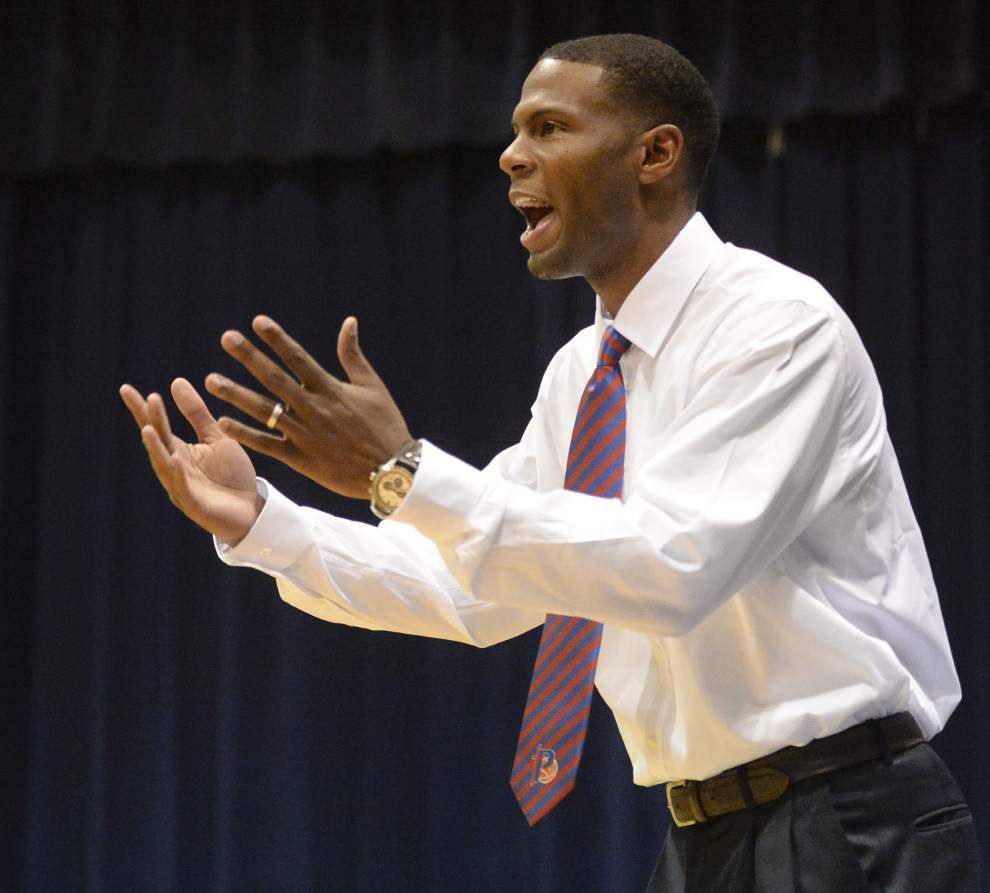 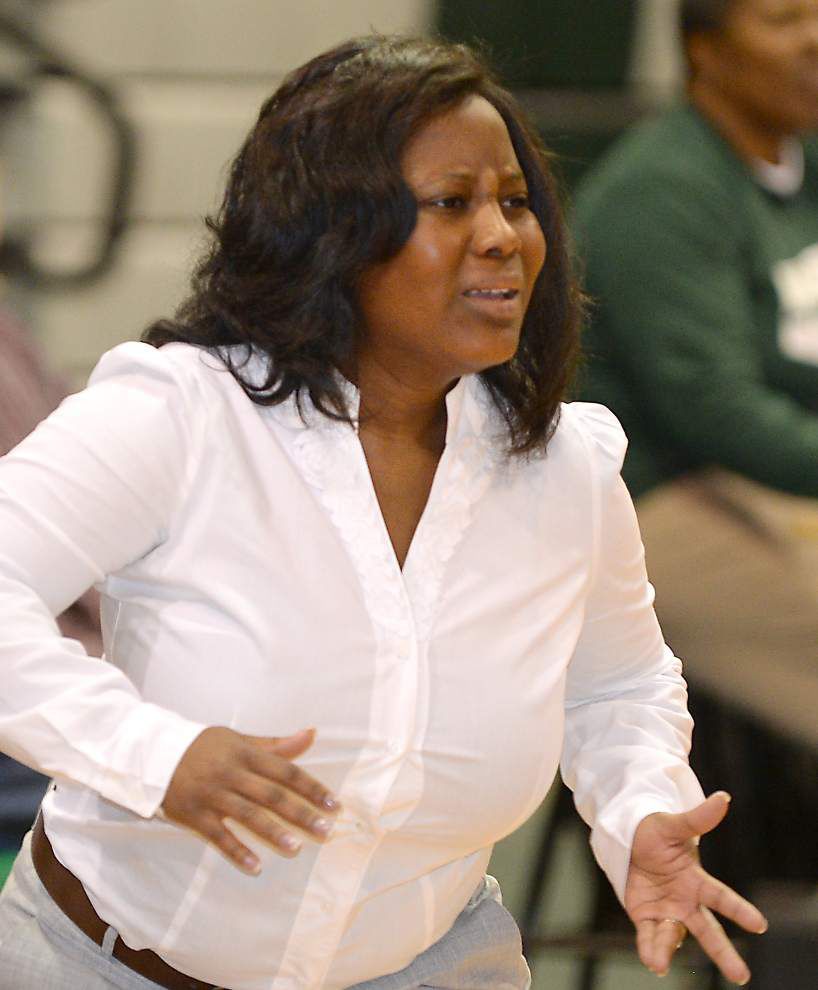 Brandon White scrutinized every crossover dribble and shot lofted toward the basket in the Lee High gymnasium.

A group of soon-to-be freshmen were eager to learn and impress the first-year boys basketball coach-athletic director with their skills on the glimmering hardwood surface adorned with a huge “Patriots” logo.

“Make sure you go around all the cones,” White reminded one player, who tried to race through the drill.

The symbolism is uncanny.

Is it possible to seize the momentum that comes with a new school and build for the future? White thinks so.

"This is a rebrand … a reboot for Lee High, not just for academics, but for athletics also,” said White, who came to Lee after spending two years as head boys coach at Parkview Baptist. “We want to try to build a solid all-around athletic program, and we know it will take some time and work.”

Much of the debate leading up to the school’s move into its spacious new complex that includes separate classroom buildings for digital technology, biomedical and engineering magnets was about its name.

Last month, the EBR school board decided the school would simply be known as “Lee High.” It was named for confederate general Robert E. Lee High when it opened for the first time on its current site in 1959.

The school was closed in 2009 and then reopened in 2013. It moved into the old Valley Park alternative school site while the new facility was built. It was viewed as a complement to another magnet school, Baton Rouge High. So much so that Baton Rouge High Principal Nanette McCann was named principal of both schools, a role she maintains.

“At the time we started this project the idea was to make both schools pretty much the same athletically," McCann said. “Lee was going to have boys and girls basketball — one thing Baton Rouge High doesn’t have.

“Athletics are a very important part of the high school experience. This is going to be an exciting year where we will grow in enrollment. We expect the academic and sports programs to grow.”

A football team has come up in conversation. The new school was not built to accommodate football, but White and McCann said it may be more than a pipe dream in the years to come.

“This is Louisiana … so why not football?” White asked.

“I would not be opposed to football, if that is what the Lee community, which includes the alumni, wants in the future,” she said. “But in order to do that, money would have to raised to fund it. Could it be done? I’d say it’s possible, but there’s time and work involved.”

The academic path for the “reboot” of Lee High is locked in. Partnerships with nearby LSU are set, providing an enticing drawing card. Like Baton Rouge High, students must meet academic admission standards and maintain a 2.5 grade-point average to remain in the school.

White and McCann agree Lee High has the tools to attract top student-athletes. What path the Patriots take still remains to be seen. Lee will compete in Class 2A again this year. Increased enrollment that comes with the new facility will likely bump the school up to Class 3A or perhaps even 4A when the Louisiana High School Athletic Association reclassifies its schools for 2017-18 and 2018-19.

White led PBS to the playoffs last spring, while Wilson coached now-defunct Redemptorist to the quarterfinals and a top-five playoff seeding in its final two years. Both coaches have had their teams in the gym since mid-June when it was completed. Wilson’s team attended two team camps.

There is one other interesting twist. White takes over as A.D. from his mother, Michelle Haynes, who will continue to coach volleyball. McCann is currently advertising to hire a soccer coach. Baton Rouge High graduate Sam Burmeister, a former Dunham School coach, is the new swim coach.

Full magnet schools like Lee are considered more like private schools than public schools and are placed in the LHSAA’s select schools category.

When asked which school he’d like to model Lee’s programs after, White mentions nearby University High, LSU’s lab school that also carries a select-school designation.

“U-High has a very well-rounded program and excels in just about every sport,” White said. “That’s what every school tries to do. They’ve found a way to do it.”

U-High has won three straight boys basketball titles in Class 3A and two of the past three in girls basketball. Madison Prep’s successful charter school program, which earned a "B" academic grade last year, has a string of boys basketball titles and was the 2A girls runner-up last near. Those schools also are football powers. Two EBR schools with magnet components, McKinley and Scotlandville, offer football.

There are tennis courts and a soccer practice field in place, along with the new gym. That’s the starting point.

White is concentrating on the the small steps — much like those freshmen.