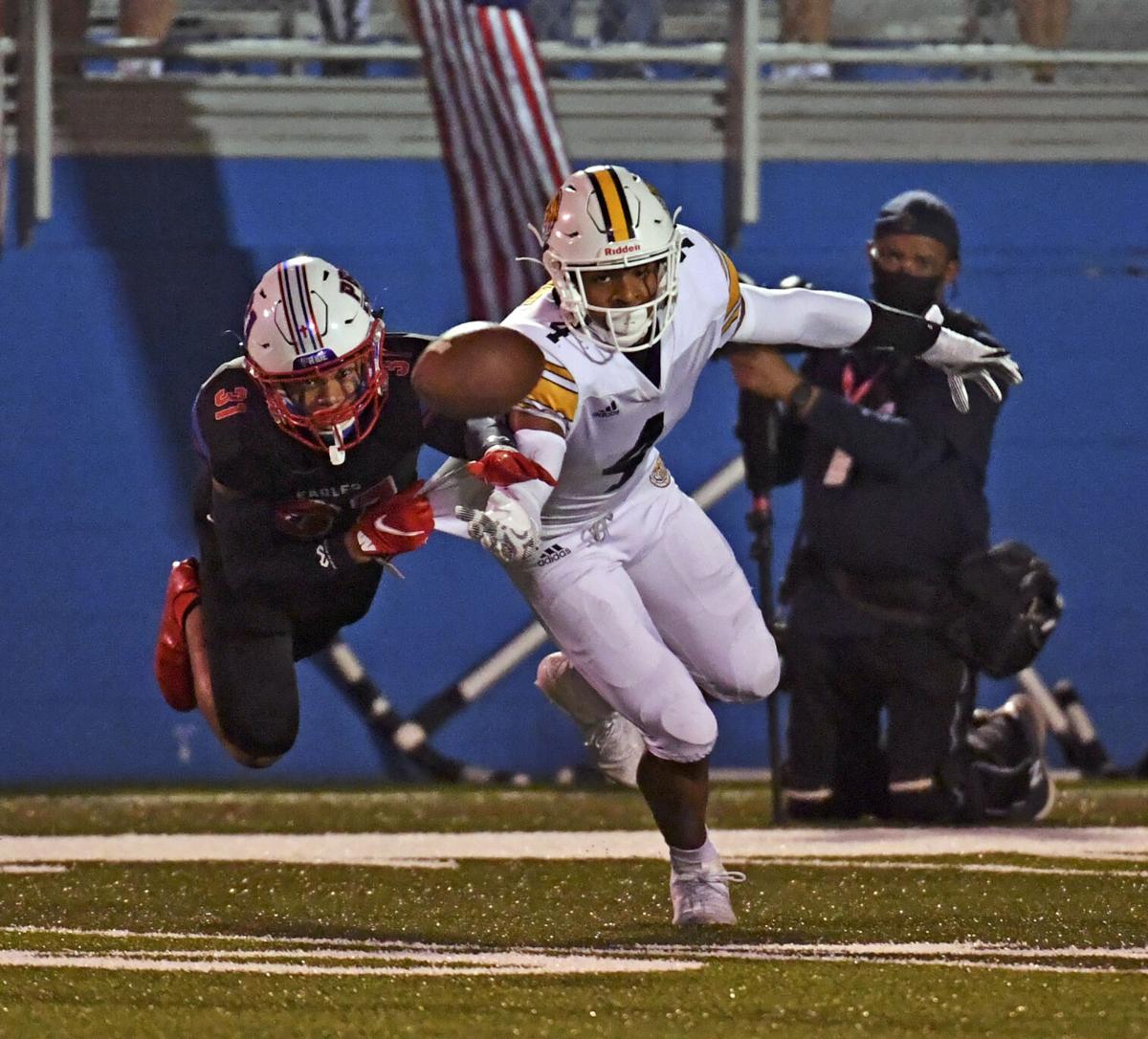 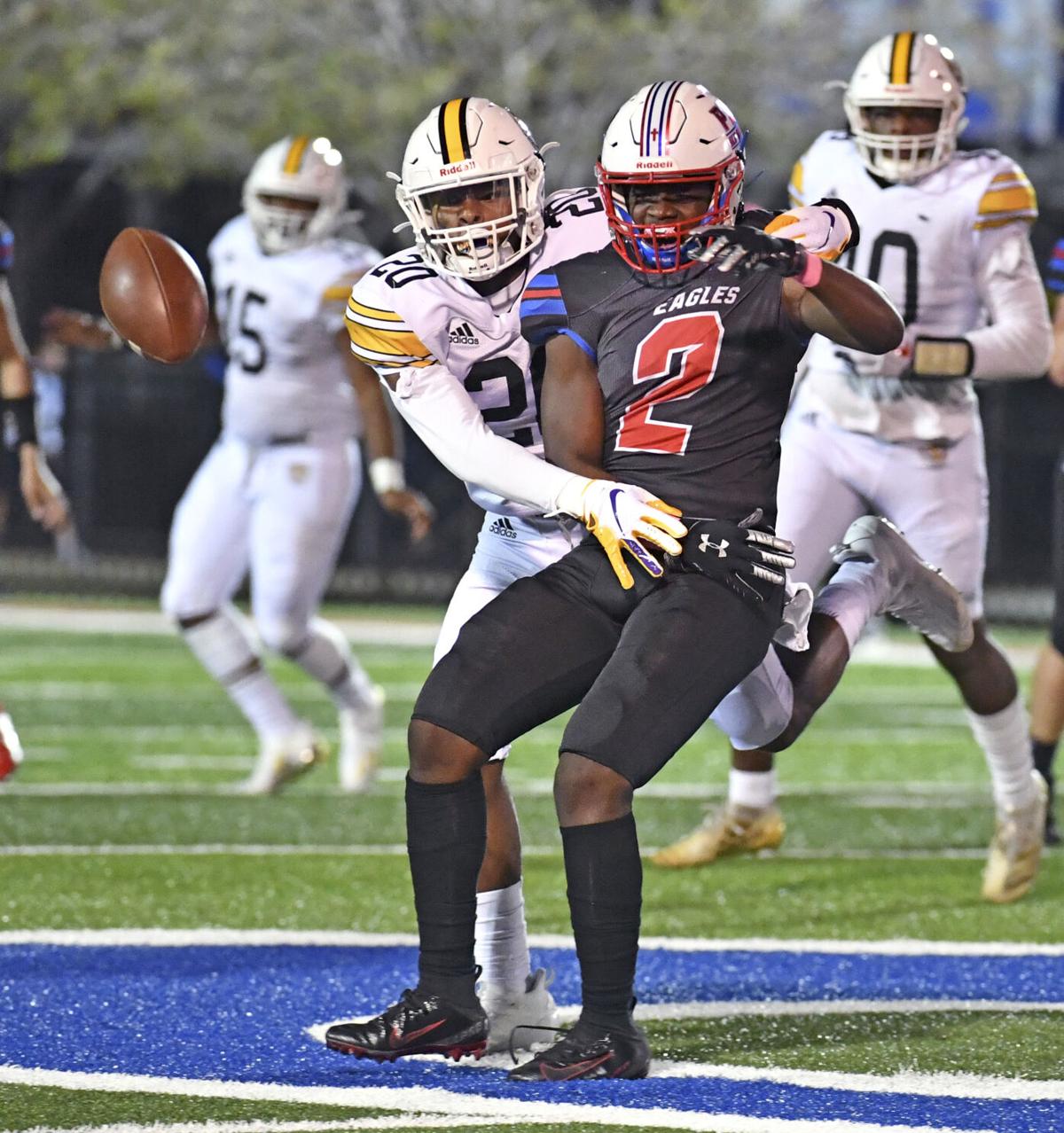 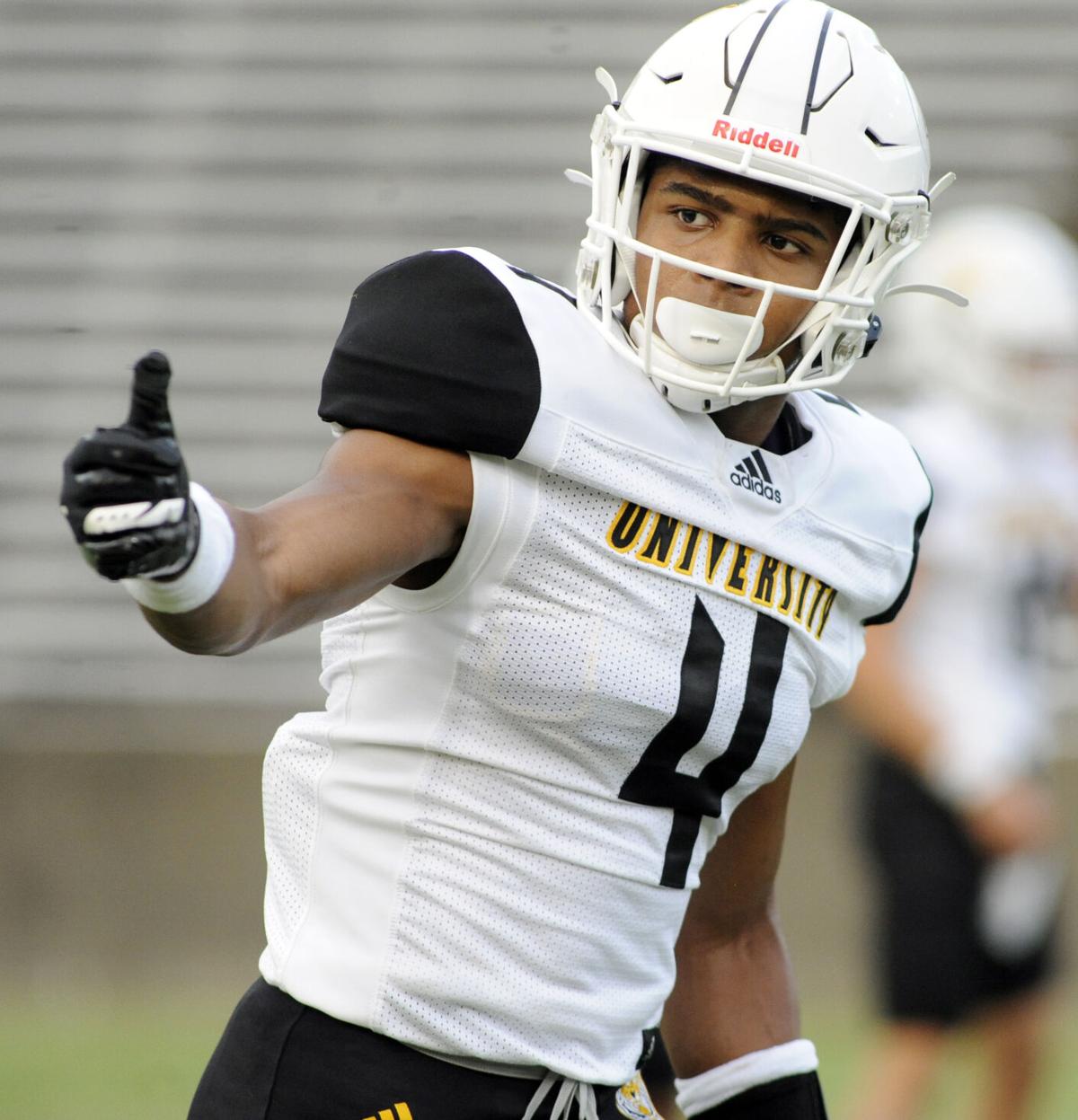 University High's Austin Ausberry lines up on the line of scrimmage on Friday night at Memorial Stadium.

University High's Austin Ausberry lines up on the line of scrimmage on Friday night at Memorial Stadium.

They can’t agree on who the better player is, each choosing themselves of course, but how Austin and Jaiden Ausberry have arrived as key figures for University High’s defense and among the nation’s top prospects in their respective classification isn’t up for debate.

The two brothers took their one-on-one battles from their bedroom to the family’s driveway and backyard where their passion for sports spilled over and their competitiveness served as a driving force to try to outshine the other.

The result has not only been the growth of a close-knit bond, but their development into highly skilled players that have had profound impacts on University High’s defense where they have also be able to reinforce their next-level dreams.

“We’re still that way, and that really helped us a lot,” he said. “If it was football, basketball or even video games, we still go at it. We’ve been close over the years. We’ve always been competitive with each other. It’s a brotherly love.”

The Ausberrys, the sons of former LSU inside linebacker Verge Ausberry (1986-99), spent their formative athletic years playing on different teams until they reached middle school where they have been together ever since.

When the Class 3A No. 1 Cubs (2-0) visit the Class 2A No. 9 Dunham School (1-1) at 7 p.m. Thursday, the Ausberrys continue their journey in what has the potential to be their final season together.

“We’re trying to give it our all,” Jaiden said. “It might be our last year together, it might not. Only God knows that. I’m just trying to make it the best possible year for him, win state before he has to go to college.”

The 6-foot-1, 195-pound Austin Ausberry, a four-star selection, is the nation’s No. 197 overall prospect and No. 24 cornerback according to 247Sports. He’s been twice named to the All-District 8-3A second team as a tight end in 2019 when he led the Cubs in touchdown receptions and again last year on defense last year.

Jaiden Ausberry, a 6-2, 200-pound linebacker, is also a two-time second team all-district selection on defense. He’s a five-star prospect who is rated No. 32 nationally and the fifth-rated linebacker.

On their updated recruiting lists, the Ausberrys have five common schools (LSU, Alabama, Michigan, Florida and Notre Dame) among their finalists.

The years of pushing each other in their backyard enabled them to learn each other’s game, study their every move and have an appreciation for the other’s talents.

On the field they move in concert, keenly aware of where the other is on the field, usually arriving together to make the play.