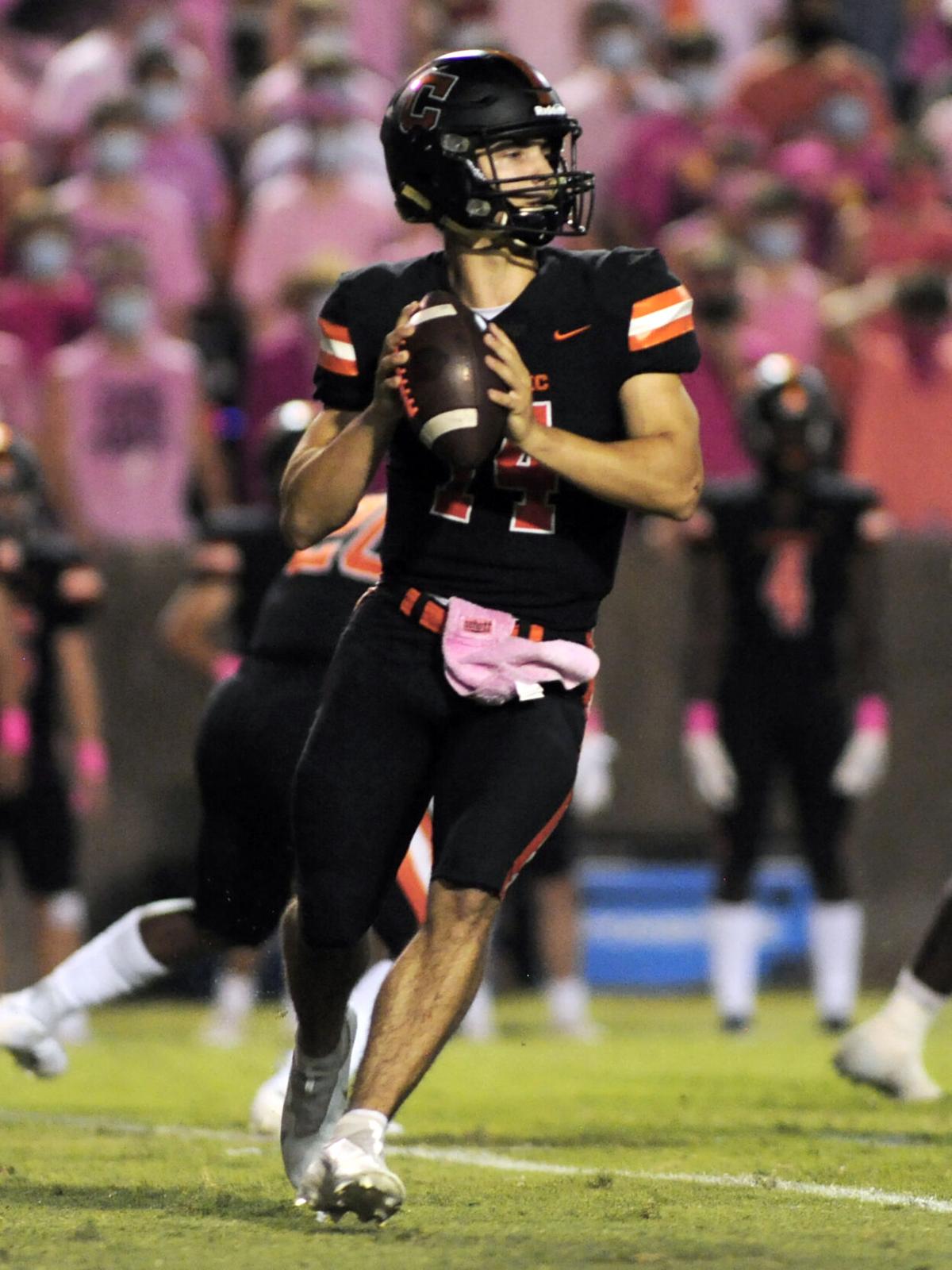 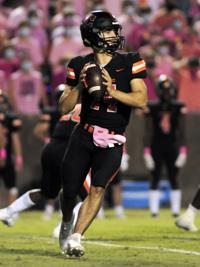 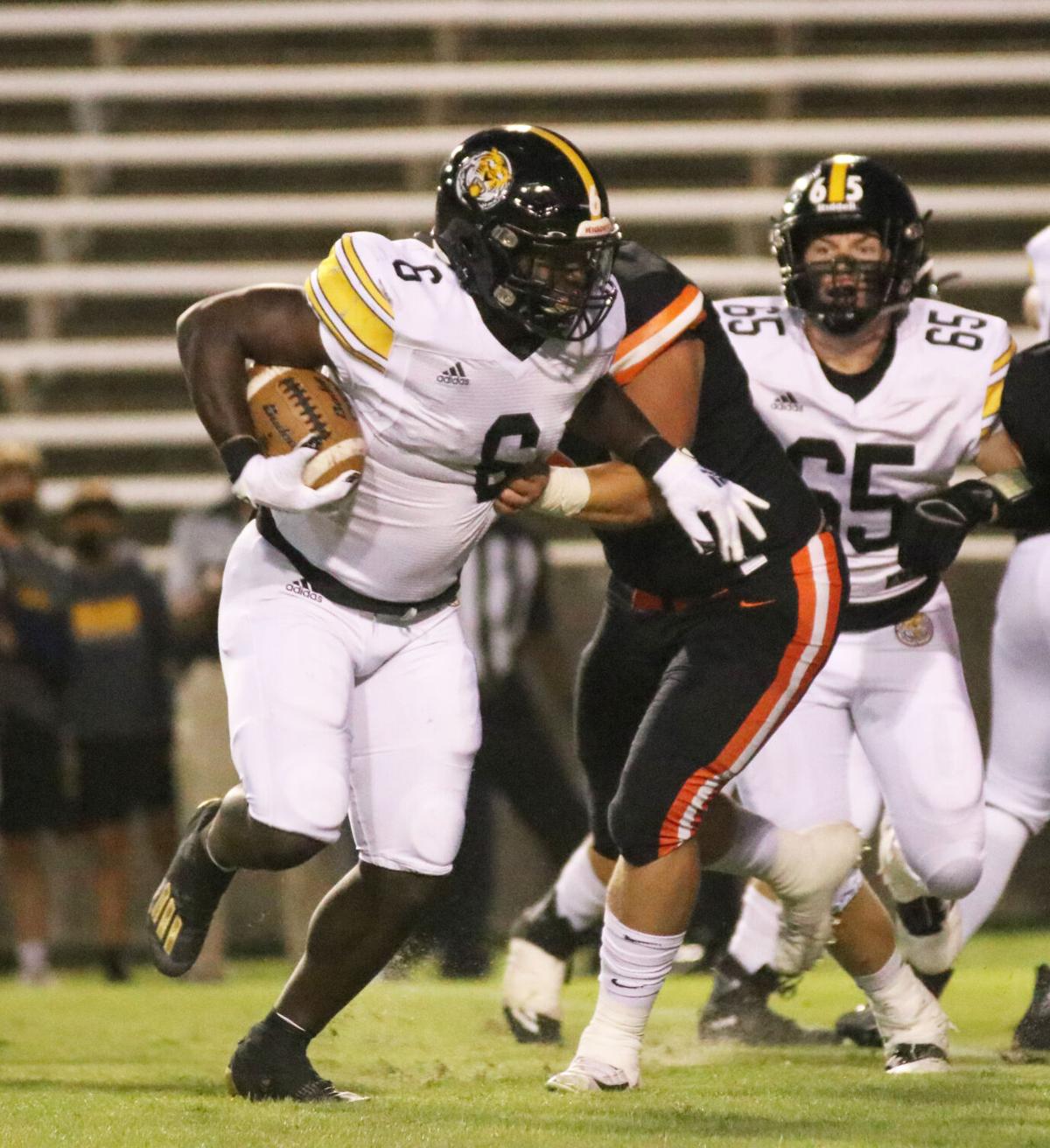 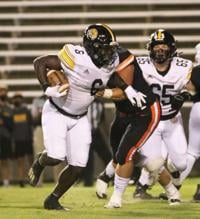 U High’s Derrick Graham runs the ball as Catholic’s Wesley Woodward defends during the match up held at Memorial Stadium on Friday.

U High’s Derrick Graham runs the ball as Catholic’s Wesley Woodward defends during the match up held at Memorial Stadium on Friday.

If beauty is in the eye the beholder, does that the advantage in a high school football rivalry belong to the team with the upper hand?

Typically it does, but not always. Two notable Week 3 games help illustrate the point.

Few finishes were as dramatic as the one last fall when sophomore kicker Kylan Dupre booted a game-winning 34-yard field goal on the final play, lifting Catholic to a 52-50 win over STM in Lafayette.

The Cougars enter Friday’s game tied with Edna Karr atop the Class 4A rankings. Yes, the same Karr team the Bears lost to 34-31 last week.

Catholic has won the past five games in the series. But that is certainly no guarantee for success. Dupre returns for the Bears as a junior. But the junior likely to get the most attention is STM quarterback Walker Howard, an LSU commitment and the son of former LSU quarterback Jamie Howard.

Catholic coach Gabe Fertitta calls the 2020 Cougars the best high school passing team he has coached against. Nice to see that 2020 is good for the best of something, isn’t it?

After dissecting another local team, Walker, in a game put together with about 24 hours notice last week thanks to COVID-19 and an approaching hurricane, St. Thomas More comes in with something to prove. Catholic gave up 329 yards passing to Karr last night and knows what it has to do.

Speaking of doing what you have to do … there is plenty on the line for University High and Parkview too. Madison Prep entered the season as the presumptive 7-3A favorite and is ranked third in 3A and just ahead of UHS.

Not so long ago, the Cubs and Parkview shared gold standard status for 3A/Division II football. They played twice in the same year multiple times, including 2014 when U-High beat PBS in the Division II title.

Since the LHSAA started crowning select/nonselect champions, U-High and the Parkview have each won four titles.

Before the select/nonselect split, Parkview won four other titles in 3A between 2001 and 2012. But much has changed for the Eagles, who have traded in their traditional option attack for a spread offense orchestrated by second-year coach Stefan LeFors, the former Christian Life and Louisville quarterback.

Does Year 2 under LeFors bring the Eagles closer to the top of the 7-3A elite? Friday’s game may be a good gauge.

Brusly (1-1), a quarterfinalist last year, travels to West Feliciana (2-0). Remember them, the Saints? WFHS won a 3A title in 2017 and with new coach Hudson Fuller appears ready to make a move.

Things could get crowed at the top of 7-3A, making a win for UHS or Parkview perhaps even more important.

With an eight-game COVID-19-altered LHSAA schedule, they’re all big games … especially the rivalries.