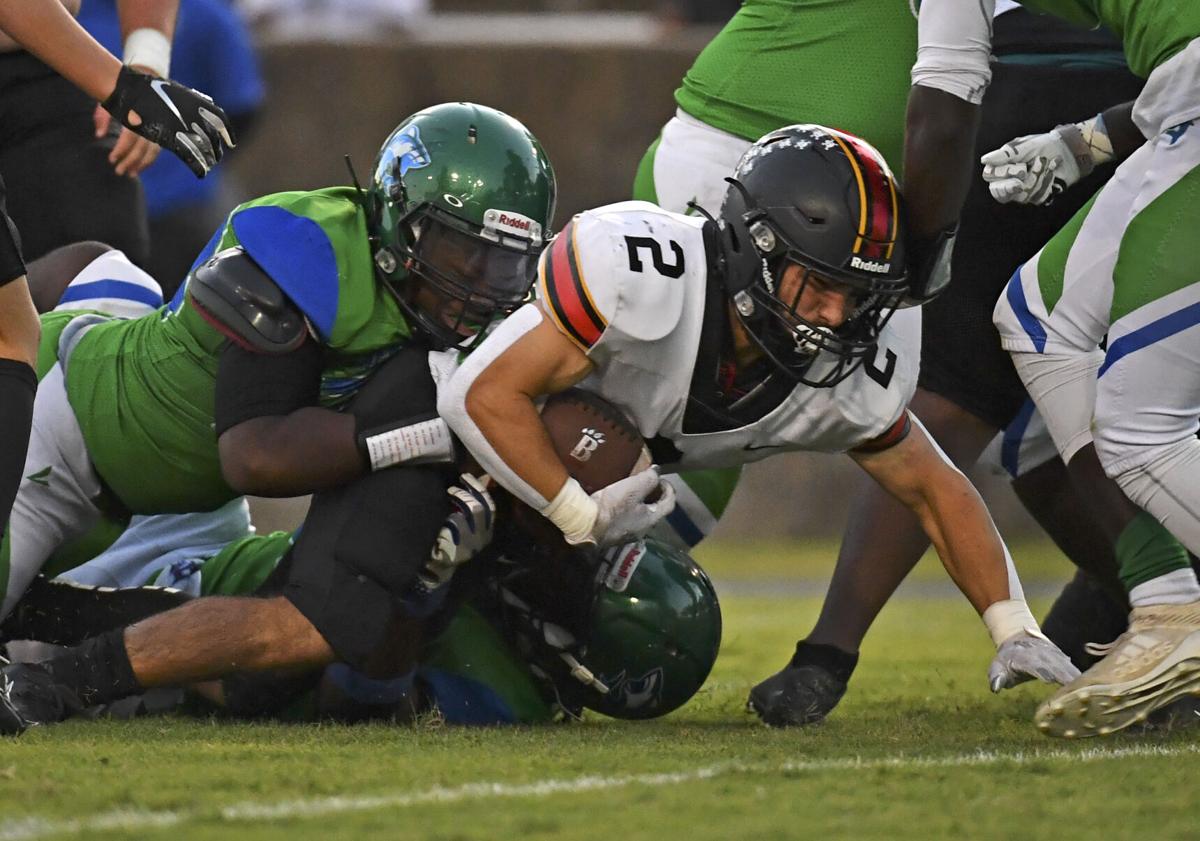 Brusly's Ryder Rabalais (2) falls forward for the first down on the carry against Mentorship, Thursday, September 23, 2021, at Memorial Stadium in Baton Rouge, La. 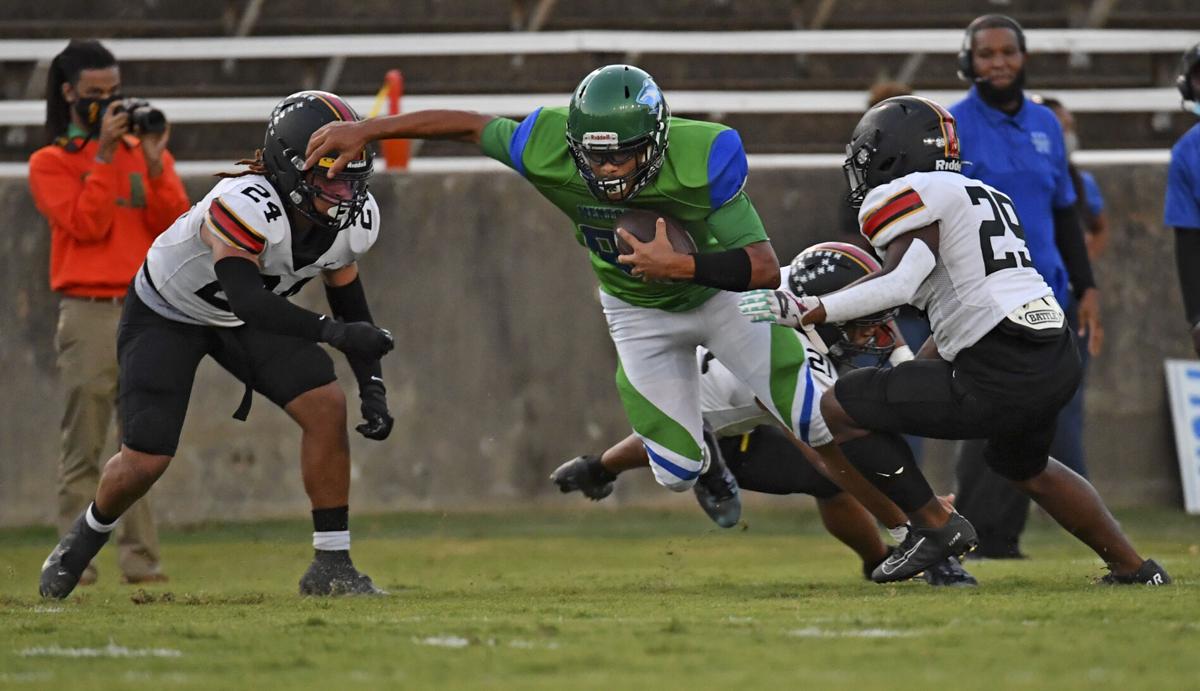 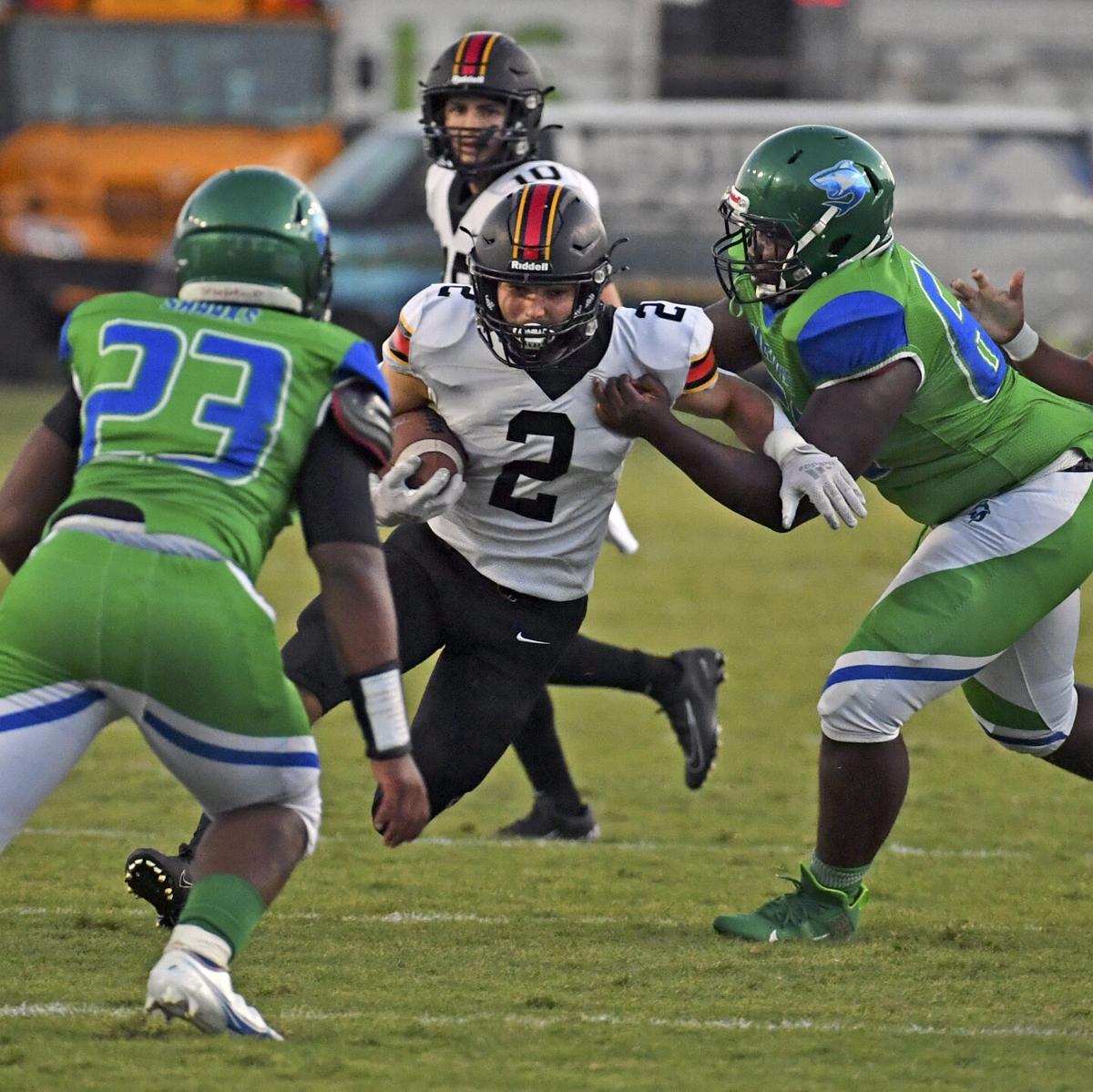 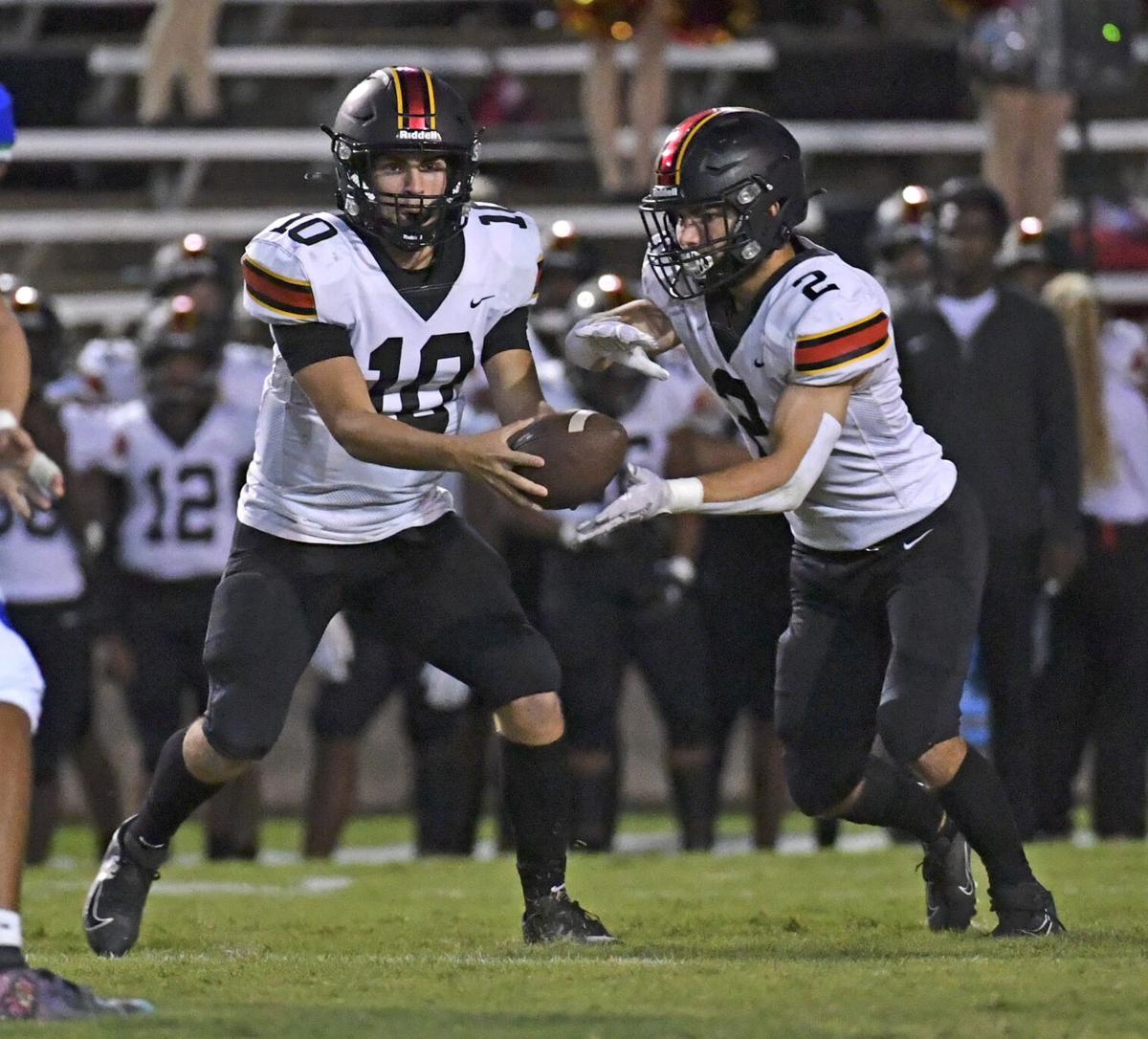 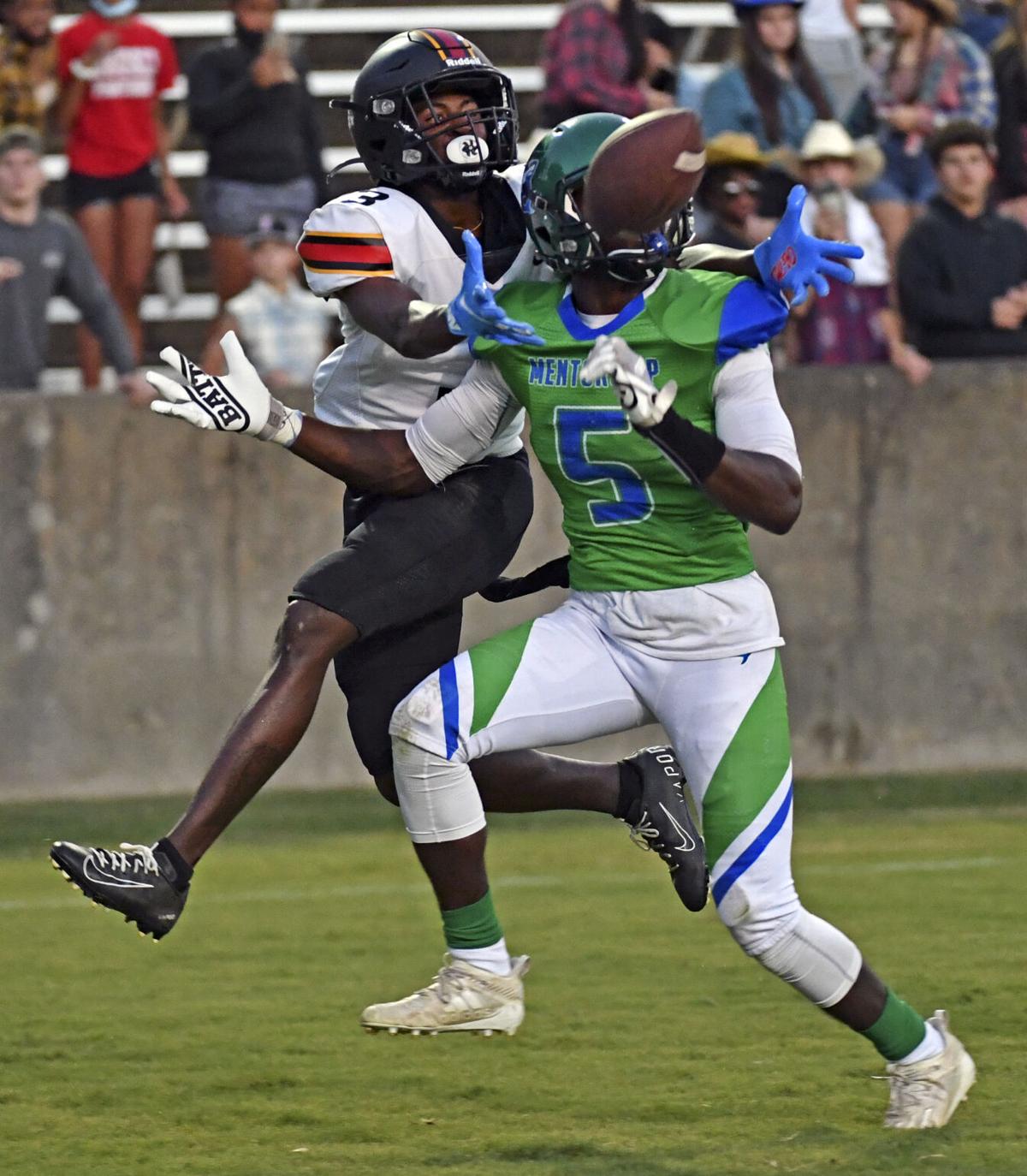 Brusly's Ryder Rabalais (2) falls forward for the first down on the carry against Mentorship, Thursday, September 23, 2021, at Memorial Stadium in Baton Rouge, La.

The Brusly Panthers rode a smothering defense and an offense that took advantage of excellent field position in the second half to a 23-0 win over the Mentorship Sharks in a District 7-3A game Thursday night at Memorial Stadium.

The Brusly (4-0, 3-0) defense held Mentorship (1-2, 1-2) to 30 yards of offense. This, coupled with a Mentorship punting game that averaged only 23.5 yards per punt on seven punts, gave Brusly good field position all night, but the Panthers weren’t able to take advantage of it in the first half.

Brusly led 3-0 at halftime on a 30-yard field goal by Pablo Martinez midway through the first quarter, but the story was the Mentorship defense.

The Sharks forced the Panthers to turn the ball over on downs three times in the half, including a goal-line stand as time expired in the first half.

After repeatedly being turned away from scoring in the first half, the Panthers took advantage of their excellent field position after halftime to wear down the Sharks.

After a short punt, Brusly took over on the Mentorship 30 four minutes into the half. Five plays later, quarterback Sammy Daquano scored on an 11-yard keeper to put the Panthers up 10-0.

After another short punt gave Brusly the ball on the Sharks' 41, the Panthers capitalized again. On third down from the 24, Daquano found Randall Matthews wide open for another score to push the lead to 17-0.

Ryder Rabalais capped the scoring on the first play of the final quarter with a 3-yard run.

Rabalais, Brusly. The workhorse gained 201 yards on the ground on 23 carries. His longest run was an 85-yard scamper late in the third quarter that set up his lone score of the game.

Brusly coach Hoff Schooler: “Our first half, we got in the red zone three times and only came away with three points, but the flip side is that we only had 18 defensive snaps in the half, so the offense was doing its job moving, but we would get stalled, which was frustrating. We did a good job correcting that in the second half”

Mentorship coach Keith Woods: “We got what we wanted from our defense tonight. We came out and were aggressive and physical up front. We ran out of gas at the end and our depth got to us. But I think we got a little better this week”