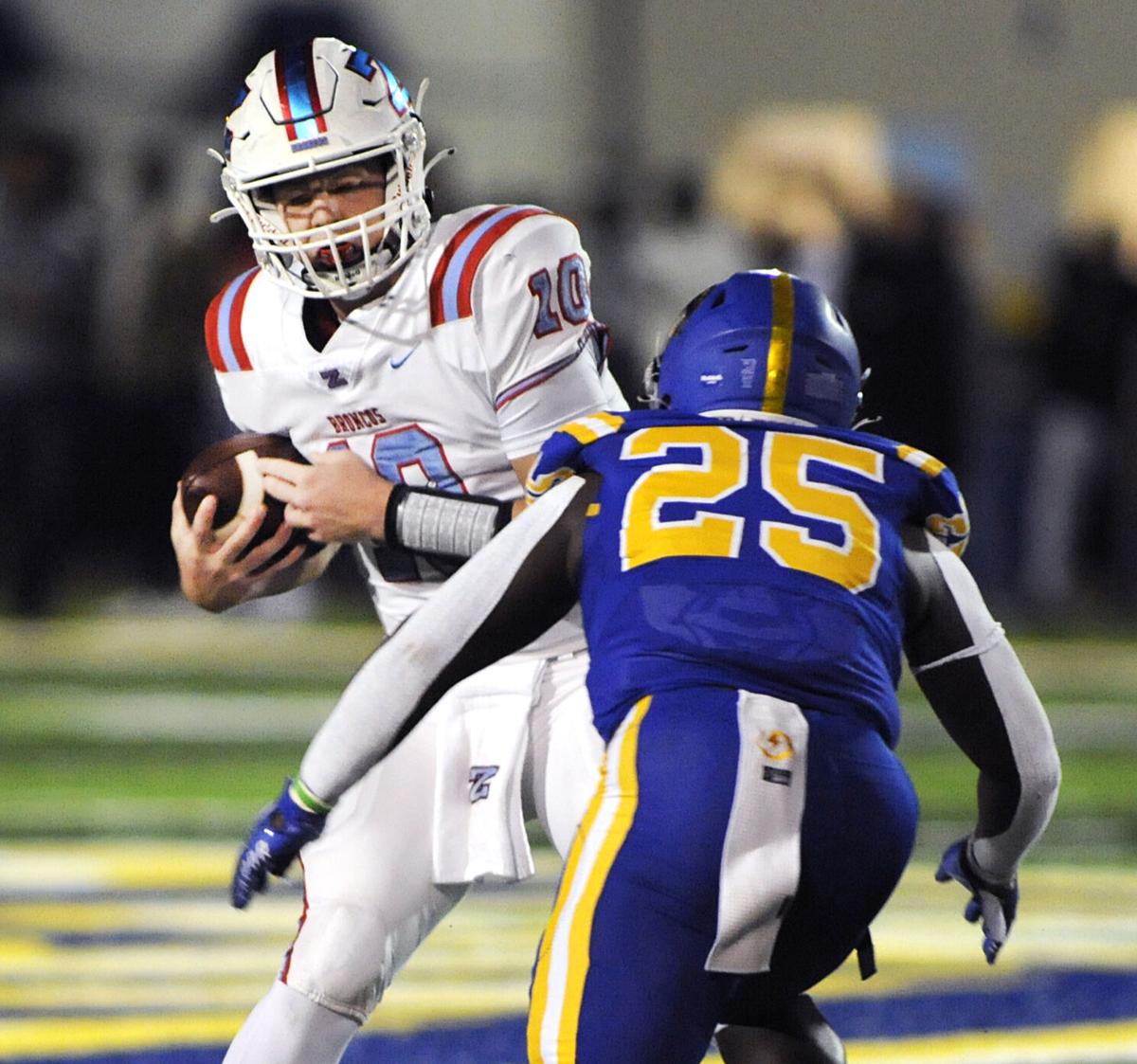 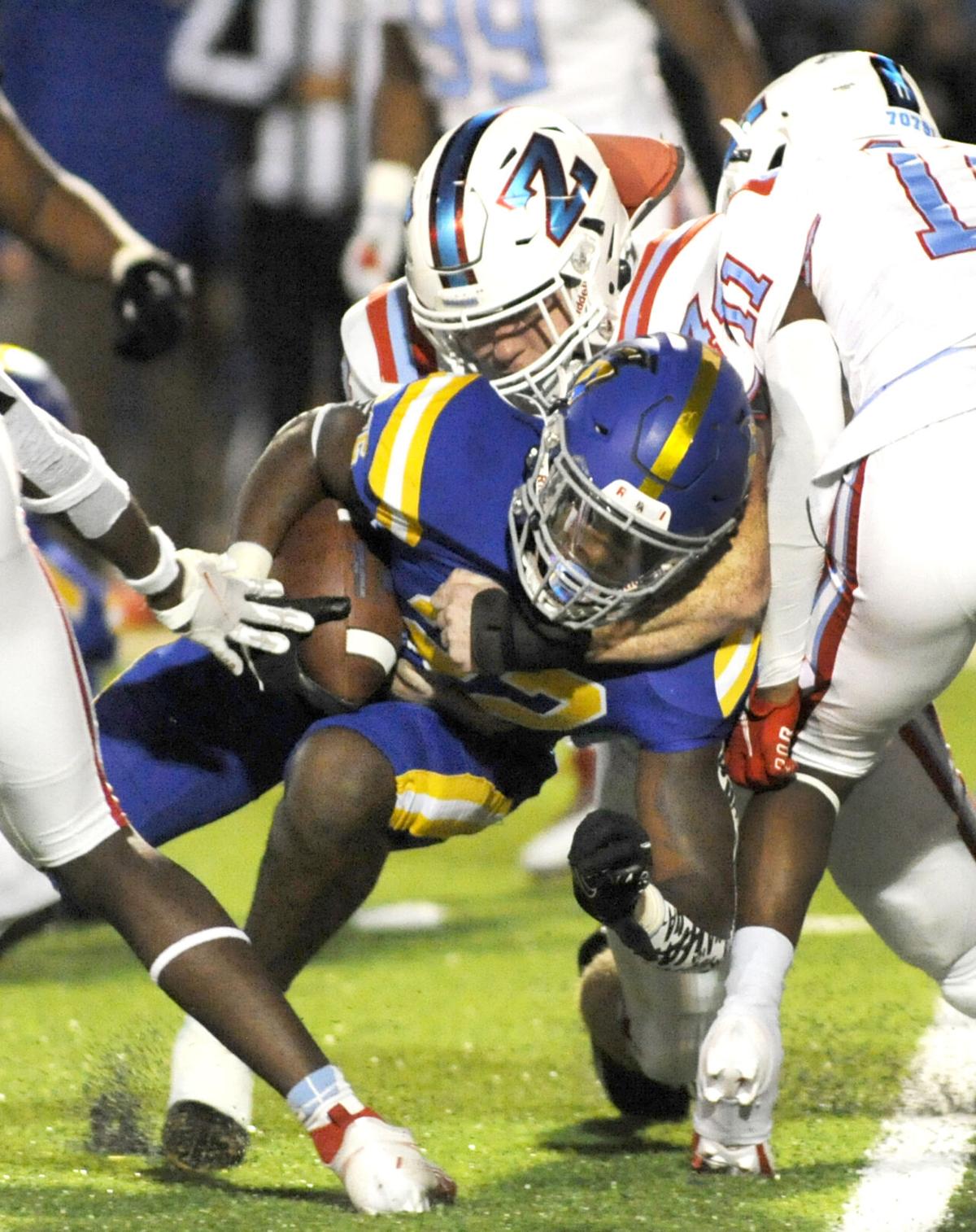 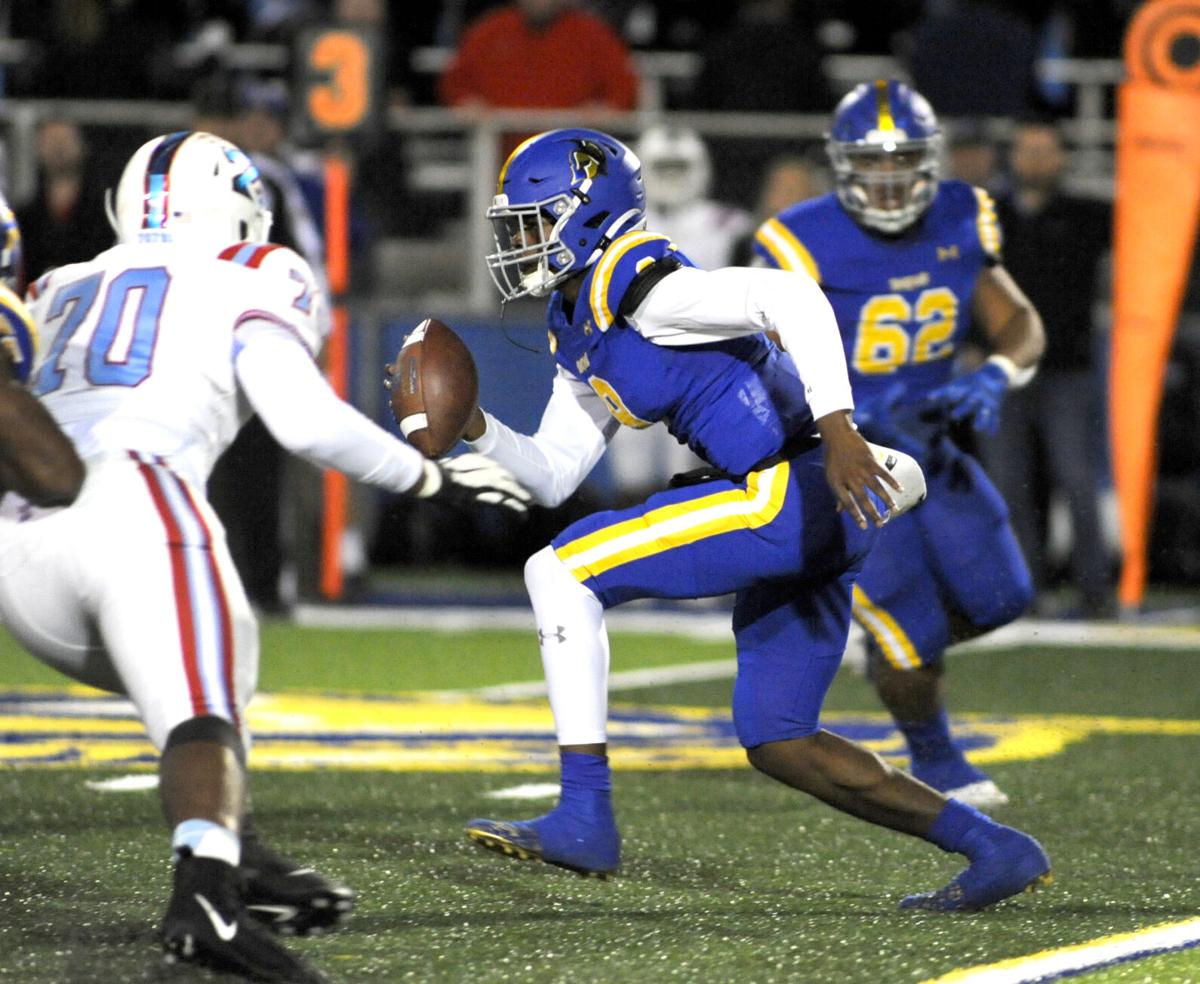 East Ascension quarterback Troy Dunnl runs up the middle as Zachary defender Kameron Hamilton closes in to attempt the tackle on Friday night at East Ascension. 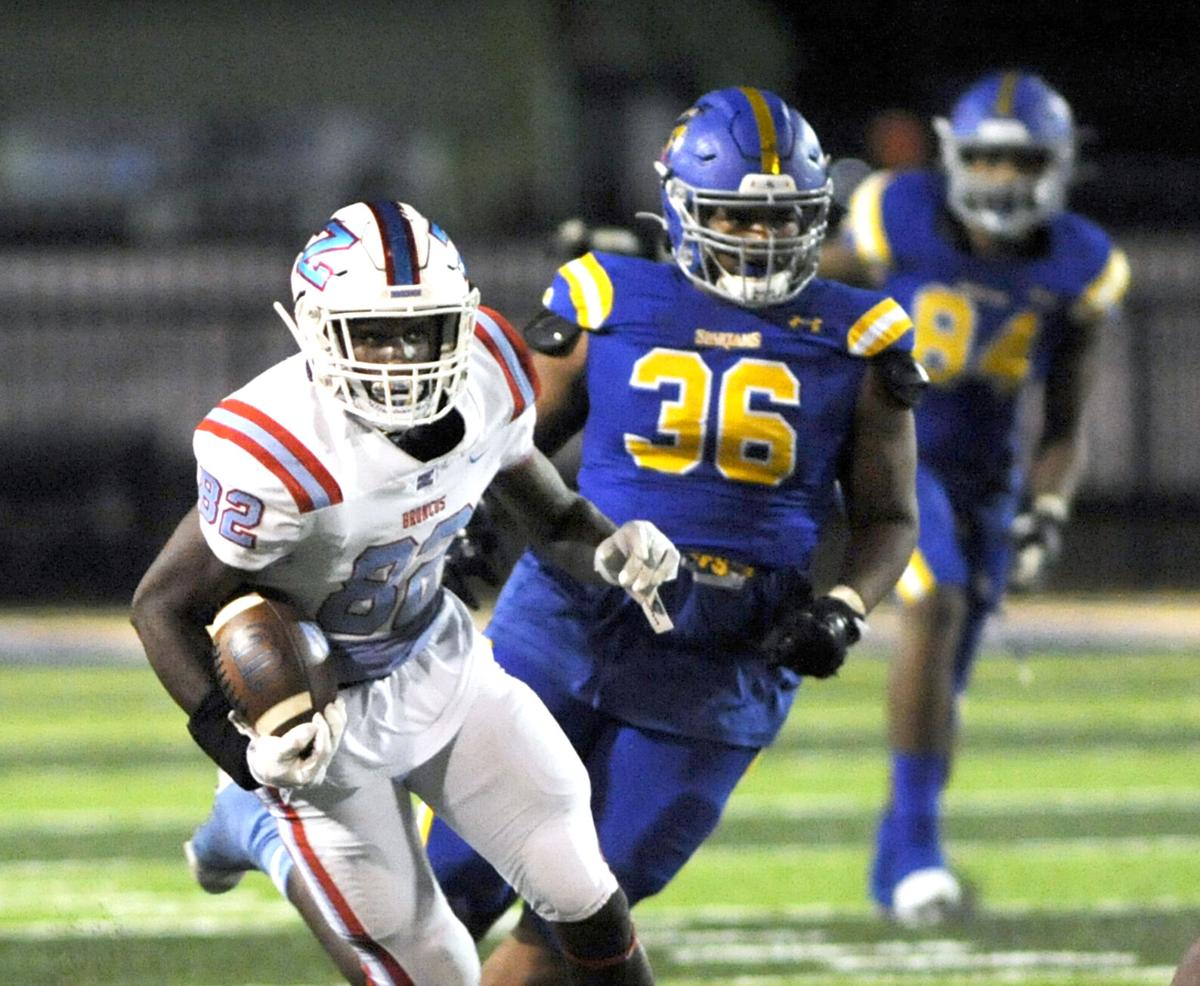 East Ascension quarterback Troy Dunnl runs up the middle as Zachary defender Kameron Hamilton closes in to attempt the tackle on Friday night at East Ascension.

Top-seeded Zachary overcame a sloppy start and held on to beat No. 17 East Ascension 24-21 in a second-round Class 5A playoff game Friday night at rowdy Spartan Stadium.

Zachary (12-0) advances to the quarterfinals, where it will host No. 9 West Monroe, which crushed No. 8 Chalmette 49-7 on Friday.

Zachary quarterback Eli Holstein, a Texas A&M, commit lost fumbles on the first three possessions, and East Ascension (6-4) scored touchdowns after two of them to take a 14-0 lead seven minutes into the game.

Troy Dunn threw scoring passes to Allen Starks and Joseph Hobdy to give the Spartans momentum.

The Broncos tied the game with two scores in the second quarter.

Holstein hit Kameran Senegal on an out route on the sideline, and Senegal sprinted 60 yards to get the Broncos rolling.

Holstein scored on a 1-yard keeper later in the quarter to tie the game 14-14 at halftime.

Zachary scored on its first possession of the third quarter to take the lead for good.

Connor Wisham rushed for a 9-yard score to put the Broncos up 21-14 with 4:17 remaining in the third quarter.

The defenses traded stops until 4:38 remaining in the game, when Kellen Conachen connected on a 21-yard field goal that put Zachary up 24-14.

The Spartans drove 70 yards in eight plays, including a conversion on fourth-and-11, and pulled within three points on a Zhavier Jupiter 5-yard run with 2:12 remaining.

After the kickoff, Zachary needed one first down to put the game away. Facing a third-and-5, Holstein completed an 8-yard out pass to Charles Robertson to seal the victory.

Co-players of the game

Zachary coach David Brewerton: “I don’t think we played particularly well, but that has a lot to do with how East Ascension played tonight. Hat's off to them. When you are in a playoff run, you have to win games like this. You gotta be able to figure out a way to get it done, and we did it.”

East Ascension coach Darnell Lee: “Our defense played lights-out. We jumped on them (Zachary) early, and neither team quit. We had other opportunities in the half, but we didn’t do a good job. We fought hard. We didn't lose this game ... they (Zachary) won it.

On its ascent, Liberty’s first-year program got a look at the top of the mountain in Division II.