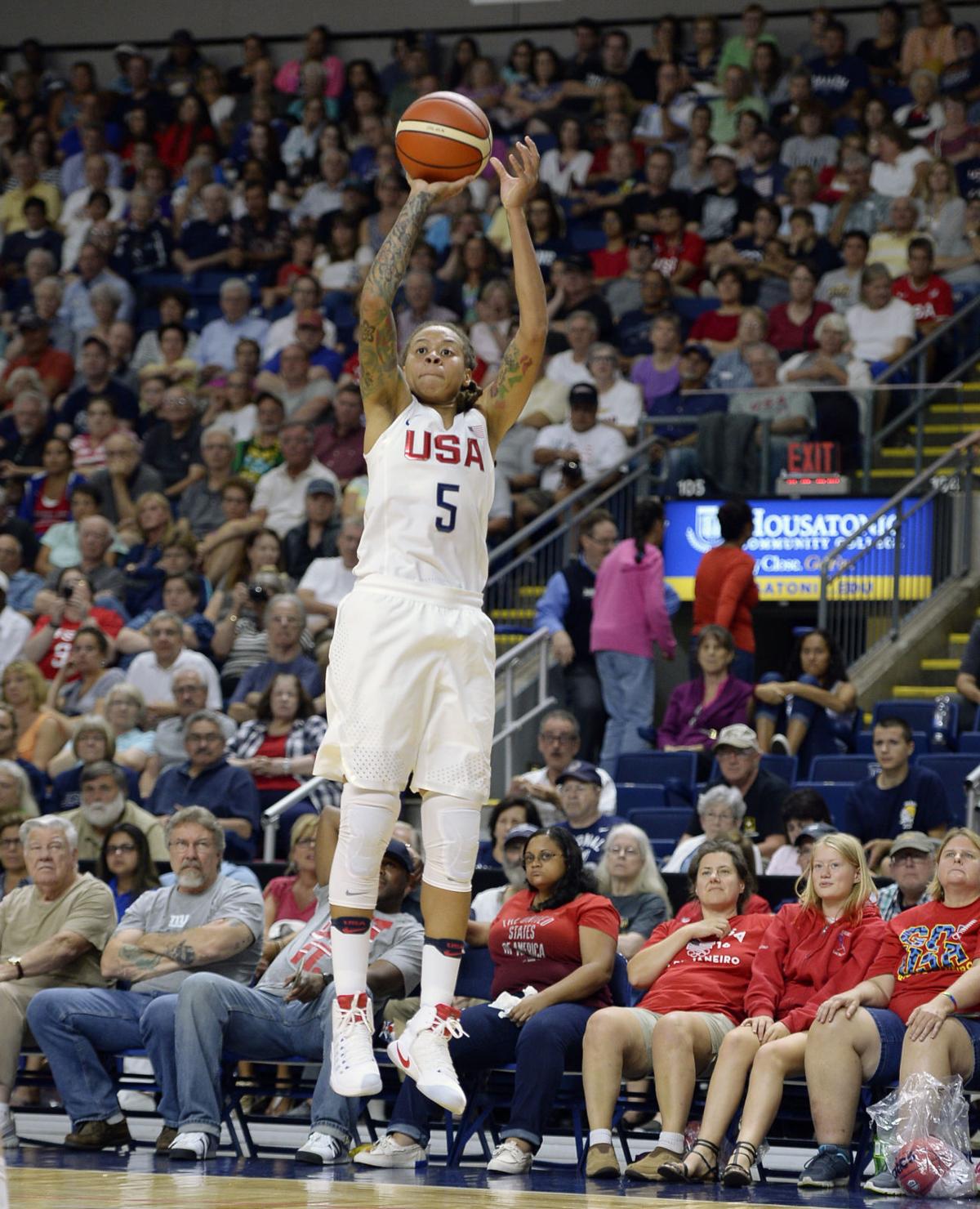 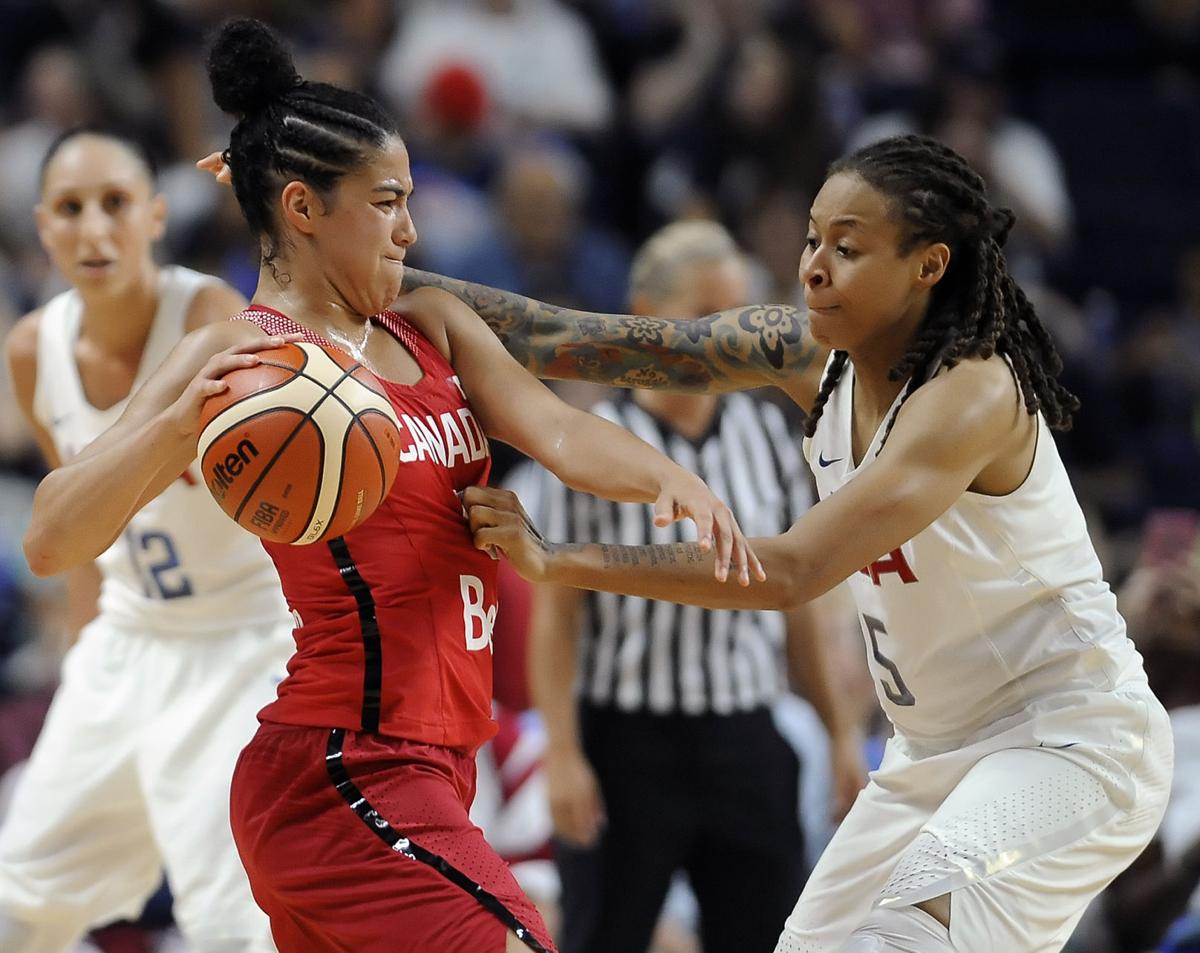 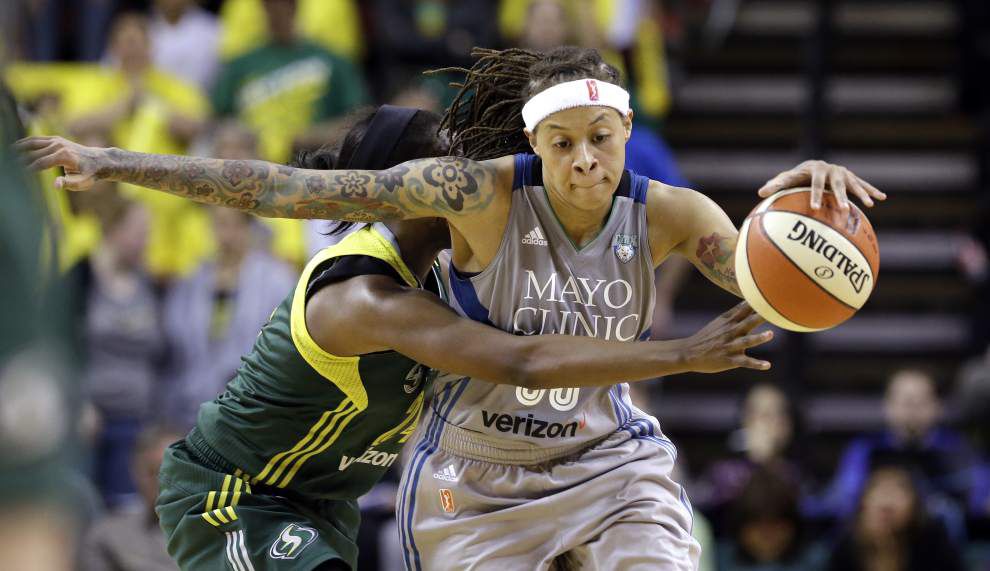 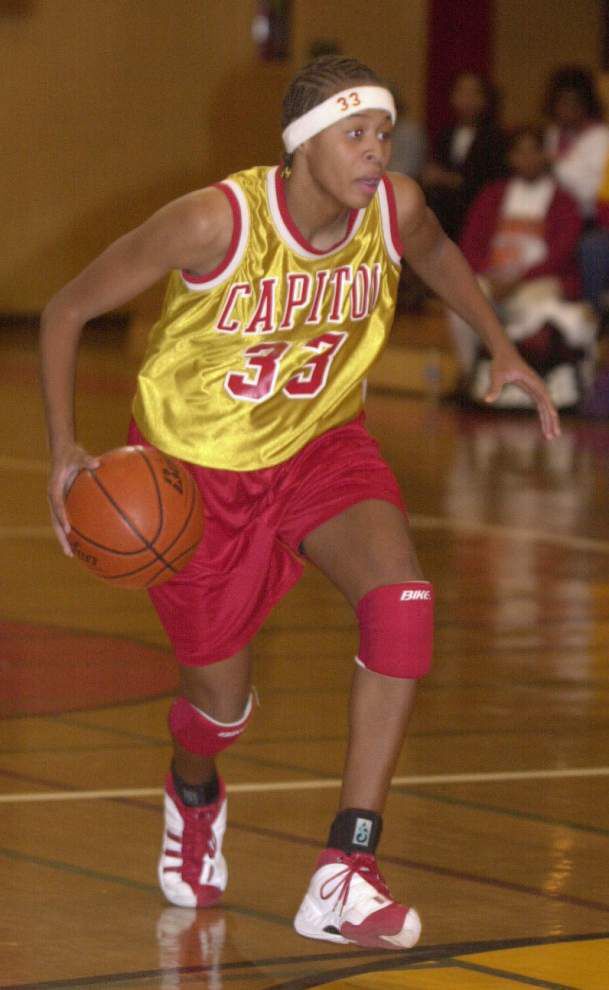 The defender is in perfect position, and then it happens.

In one smooth, seemingly effortless motion, Seimone Augustus dribbles left, then right. She pulls up and launches a jumper that finds nothing but net.

The crossover is Augustus’ signature move. It was crafted in BREC gyms across Baton Rouge and makes her one of the most electrifying one-on-one players in the WNBA.

As the former Capitol High School and LSU star prepares to help Team USA try to win its sixth straight Olympic gold medal, she is immersed in a life crossover. But there isn’t a day when home doesn’t cross her mind.

“I always think about Baton Rouge,” Augustus said. “There always has been great basketball talent, both boys and girls. Being able to represent the city I grew up in and that legacy is something I take seriously. Getting the chance to play for a third gold medal is not something to take for granted. At this point in my career, to represent my country and my hometown is something to cherish.”

Augustus' basketball goals are directly in front of her. She could claim a third gold medal and a fourth WNBA title for the Minnesota Lynx over the next two months. The U.S. squad — which also features Sylvia Fowles, a former LSU and current Lynx teammate — faces Senegal at 10 a.m. Sunday to open its Olympic schedule.

Those goals help define Augustus but offer no limits as the 32-year-old ponders what's next, including life after basketball.

Augustus burst onto the national scene before she played a high school game in 1998. She appeared on the cover of Sports Illustrated for Women with a wide smile and the headline, “Is she the next Michael Jordan?”

In an era before social media helped sports stars shine beyond the playing field, Augustus was the standout who wore pigtails as a freshman. Fans flocked from around the state to watch her play, packing gyms in Baton Rouge and beyond for four years. The LHSAA Girls Top 28 tournament set attendance records in three of the four years she played in it.

“You had all these people who came to see Seimone, and it was amazing,” Stewart said. “All she ever wanted to do was have people play with her. Playing with the Olympic team and the Lynx — she has that now, and you can see she loves it.”

Augustus led Capitol to two state titles and was the nation’s top recruit in 2002. She was a three-time All-America selection and two-time national Player of the Year while leading LSU to three Final Four appearances. The Tigers set attendance records, too.

During a pre-Olympic news conference, Auriemma offered praise for Augustus, lauding her offense and savvy experience.

“Seimone has been around,” he said. “She’s a lot better defensively than people give her credit for because she is so good offensively. The closest thing to automatic is probably Seimone coming off a screen with an open 17-footer. I can’t imagine coaching (an Olympic) team she wouldn’t be on.”

One of the things Augustus relishes about Rio is the chance to share another Olympic experience with her parents, Seymore and Kim, who made the trek to Beijing in 2008 and London in 2012.

Augustus said her first gold medal yielded the most emotion.

“You never know how many more experiences like that there will be, so this is special,” Augustus said. “I want to share all those things with them. To this day, I still remember the first time. After we won the gold medal in China, I brought it to my parents.

“For the first time, going back to when I was a little girl, my dad didn’t have anything to say. No critique. He just told me how proud he was of me. I gave him the medal. We had a moment. … He cried. When I was growing up, competing in the Olympics was not something we ever dreamed about.”

One person who isn’t in Rio: Augustus’ wife, LaTaya. Health concerns, including the Zika virus, prompted that decision.

“We’re very happy, and I know there are people out there who don’t understand that,” Augustus said. “They’re entitled to their opinions. That doesn’t change the fact that we’re living our lives with the support of our families and our friends.”

The two met in 2007 in Minnesota and married in Hawaii last summer. Augustus had been active in LGBT issues, but she came out front in a big way by writing her story for the ThePlayersTribune.com.

She talked about coming out to her parents, falling in love and getting married. Augustus noted that because LaTaya was a Gemini like her father, she had a “30-year head start” on understanding her.

Marriage and playing a role in LGBT issues are only part of Augustus’ crossover. In high school and college, her flashy skill set spoke volumes, and that was enough.

“I’m proud of Seimone for everything she does on the court, but the thing I’m proudest of is her growth as a person,” said former LSU assistant coach Bob Starkey, now at Texas A&M. “She’s always been a great player and teammate. Now she’s comfortable and confident enough to express her thoughts. There’s a depth to Seimone that people are seeing now.”

Though she was far removed from Baton Rouge, the tragic events of last month — the shooting death of Alton Sterling and then the killing of three law enforcement officers — struck a chord with Augustus. She was one of four Lynx captains who took part in a now-controversial news conference days after the police-involved deaths of Sterling and Philando Castille, the Minnesota man who was killed a day after Sterling. It also came after five officers were slain in Dallas.

The Lynx wore T-shirts with Castille's and Sterling’s names on the back, along with a police shield to represent the Dallas officers slain and the “Black Lives Matter” slogan. In response, Minnesota police personnel working security detail for the Lynx walked off the job.

Three other WNBA teams opted to protest and were initially fined by the league. Those fines were later withdrawn.

Augustus said the message was that every life matters and that communities need to work together to find solutions. What happened in Baton Rouge was an intense reality check.

“I grew up three or four blocks from where (Sterling’s death) happened,” Augustus said. “I went to (the Triple S convenience store) three or four times a day. I was in there so much, the owner knew what kind of candy I was looking for. I think about what has happened in Baton Rouge every day. It could have been somebody I know — maybe a relative, somebody I grew up with or went to school with — who died. It could have been me, coming home to deal with a personal loss. It’s sad in so many ways.”

Crossing the past, present

Why Augustus is so focused on a third Olympic gold has as much to do with her perception of what almost didn’t happen in her career.

A torn ACL and non-cancerous fibroid tumors that led to a hysterectomy cost Augustus much of two WNBA seasons. And there was speculation that younger guards, like Jewell Loyd or Kayla McBride, might be picked for the 2016 squad. Augustus was quick to point out that she was cut from the Olympic team twice before making it in 2008.

She understands the process. But Augustus said the real story goes way back, all the way back to her days as a 12-year-old playing for the Baton Rouge Lady Tigers AAU team.

“My dad always told me that somewhere somebody was working harder to be better than me,” she said. “I didn’t get that until we went to a national tournament. We didn’t make it out of pool play, but I got invited to a camp in Terre Haute, Indiana. That really opened my eyes. All of a sudden, I was the little girl from Baton Rouge, and there were the big fish. I saw what I needed to do.”

Augustus found herself face to face with older players who were future college stars and WNBA players. Swin Cash, Nicole Powell, Kara Braxton and Shyra Ely were all at the camp.

The same drive that helped Augustus excel as a preteen has kept her fighting for an Olympic berth.

“The reason why the Olympics is so special to me is because it was something I really had to work for,” she said. “I’ve won awards and gotten honors, sure. I got cut twice before I made it. I wasn’t sure it was going to happen. I just knew I had to work harder.”

The next bridge to cross

Augustus' post-basketball career plan won’t be as effortless as her crossover dribble.

Could her love for Baton Rouge bring Augustus home? The chance to shine a light on the top local boys and girls players is appealing to her.

“I’ve been fortunate to do something that’s been my passion since I was a little girl,” she said. “People ask me if I’ll be a coach, and I honestly don’t know. So it may take some time to figure that out.

"But whatever it is, it needs to be as much a passion for me as basketball has been.”

LSU alum Seimone Augustus: Baton Rouge, this gold medal is for you

Seimone Augustus lost her composure, she was overcome by her emotions — not while helping the U.S. women's basketball team win a sixth consecu…