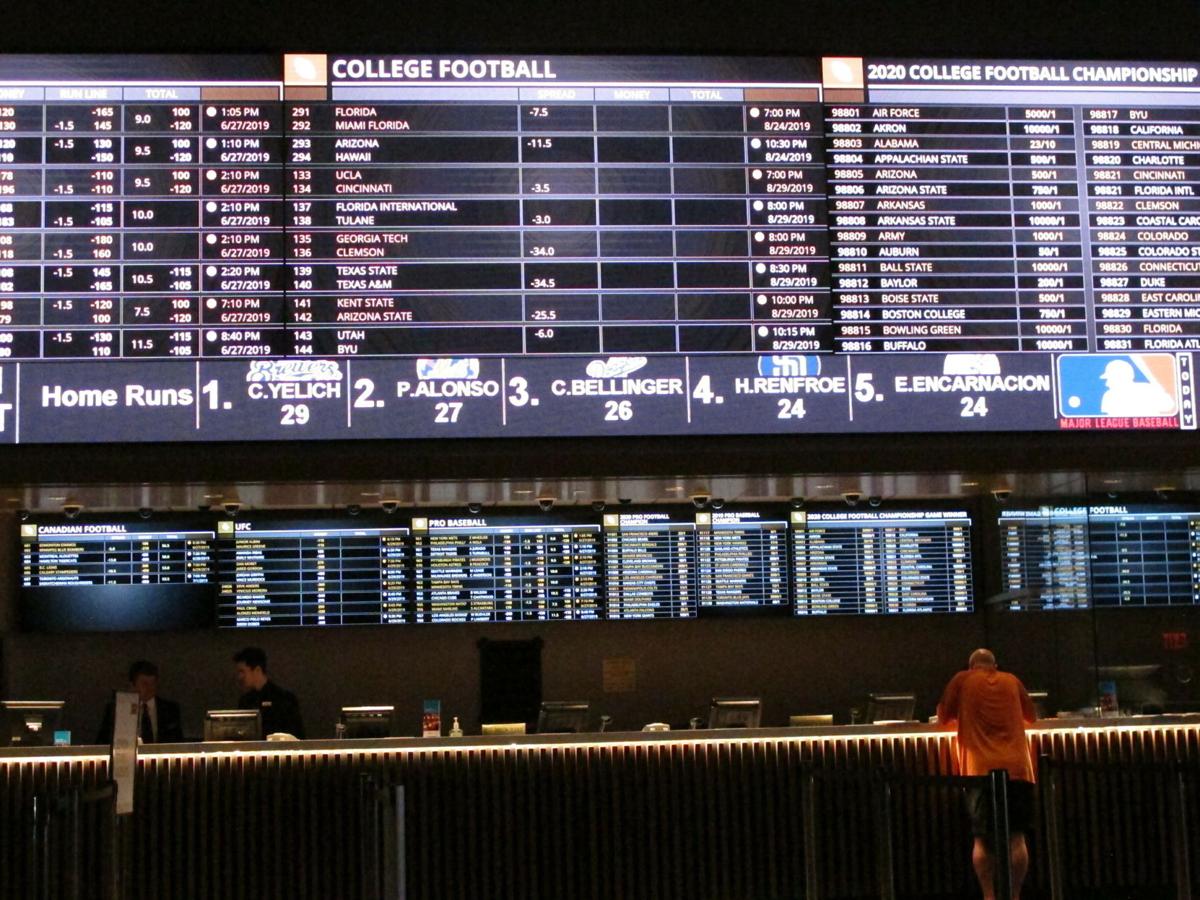 In this June 27, 2019 photo, a gambler places a bet at the new sportsbook at Bally's casino in Atlantic City, N.J. New Jersey surpassed Nevada in terms of sports betting volume in May, taking the national lead for the first time. (AP Photo/Wayne Parry) 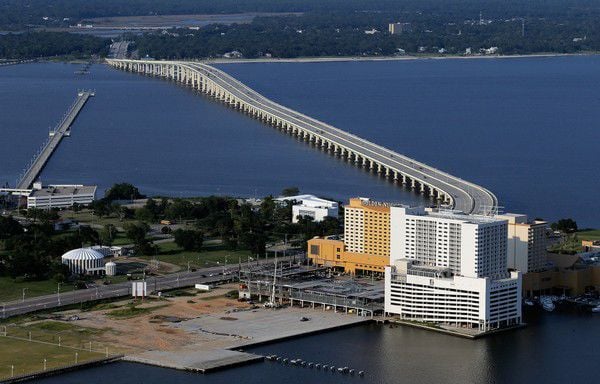 In this June 27, 2019 photo, a gambler places a bet at the new sportsbook at Bally's casino in Atlantic City, N.J. New Jersey surpassed Nevada in terms of sports betting volume in May, taking the national lead for the first time. (AP Photo/Wayne Parry)

How about who wins the LSU-Clemson coin toss?

You can’t do that. At least not in the Mississippi casino sportsbooks.

While oddball prop bets like the two above will abound for the Super Bowl, the closest legal sportsbooks are sticking with the basics for the CFP championship game. That’s game spread, first-half spread, second-half spread, first half and overall over/under, and the money line.

That means no wagering on legitimate in-game football possibilities — the over/under on how many yards Joe Burrow and Trevor Lawrence will throw for, who scores the first touchdown, number of fumbles, etc.

The policy was set by the Mississippi Gaming Commission at the request of the NCAA, which approached all of the states with legalized sports gaming, including Nevada, which declined and does have prop bets on the game.

The reasoning according to Ed Wong, director of sportsbook operations for the commission, is that amateur athletes shouldn’t be able to affect wagering outcomes individually.

“It’s unlikely that a professional athlete making millions would do something deliberately like that,” Wong said. “But for a college athlete, that might not be the case.

“So we’re sticking with the same policy we have for all of our college football games. Our overall evaluation is that we’re not losing any significant wagers over it.”

Maybe so. But to Dave Martino, sports book manager at Treasure Bay Casino in Biloxi, it takes away some of the fun.

“The gaming commission is always trying to catch us doing something wrong,” he said. “I realize this is a tricky area with college athletes, although in my mind there’s nothing wrong with prop bets.

Martino agreed with Wong that LSU’s presence in the game means a large amount of money being wagered in Mississippi, although not as much as Alabama brought in last year and certainly not as much as would be put on the Saints if they were still alive in the playoffs.

“Just about all of the action we got on the Saints’ games was bet on the Saints,” Martino said, adding that the casinos cashed in on so many fans being wrong. “But this has been more evenly divided, although I expect a lot of late money to be coming in on LSU.”

That’s coming true. On Thursday, the spread, which had been LSU -5½, went up to 6 points. It could move another ½ to a whole point by kickoff.

Sportsbooks around the country are reporting a similar surge on LSU. In fact, the national average this week has been money going 8-1 on LSU, with about four of five tickets being bet on the Tigers. That’s not far off the 90 percent and 85 percent figures being reported in Mississippi.

“Personally, I think those folks are right. LSU’s going to clean their clock.”

Perhaps. But the betting public is also aware that Clemson has been the underdog in all three of its championship game appearances — all against Alabama — and won two outright while covering the 6½-point spread in the one it lost.

LSU certainly has been one of the most dominant teams in history this season, averaging 48.9 points per game, a figure that inched up in the Tigers’ last game, their 63-28 rout of Oklahoma in the Peach Bowl semifinals.

Clemson’s not far behind LSU at 45.3 points per game despite being held to 29 in its Fiesta Bowl semifinal victory against Ohio State.

But the over-under for Monday’s game is 69½ points, meaning the Las Vegas oddsmakers are expecting the defenses to at least reasonably hold their own, or perhaps the game turns into a rout as it did last year when Clemson overwhelmed Alabama 44-16.

The first half spread of LSU minus-3½ and over/under of 35 are also on the conservative sides.

And no matter which way the money falls, this will be the most-bet college football game in history, a reflection on the growing number of states initiating sportsbooks.

“If the Saints had won last week, we’d been rolling this week,” Martino said. “We’ll still do OK, but not like when the Saints are playing.

“One of these days, Louisiana’s going to get smart and change its laws. Until then, we’re always going to be busy.”