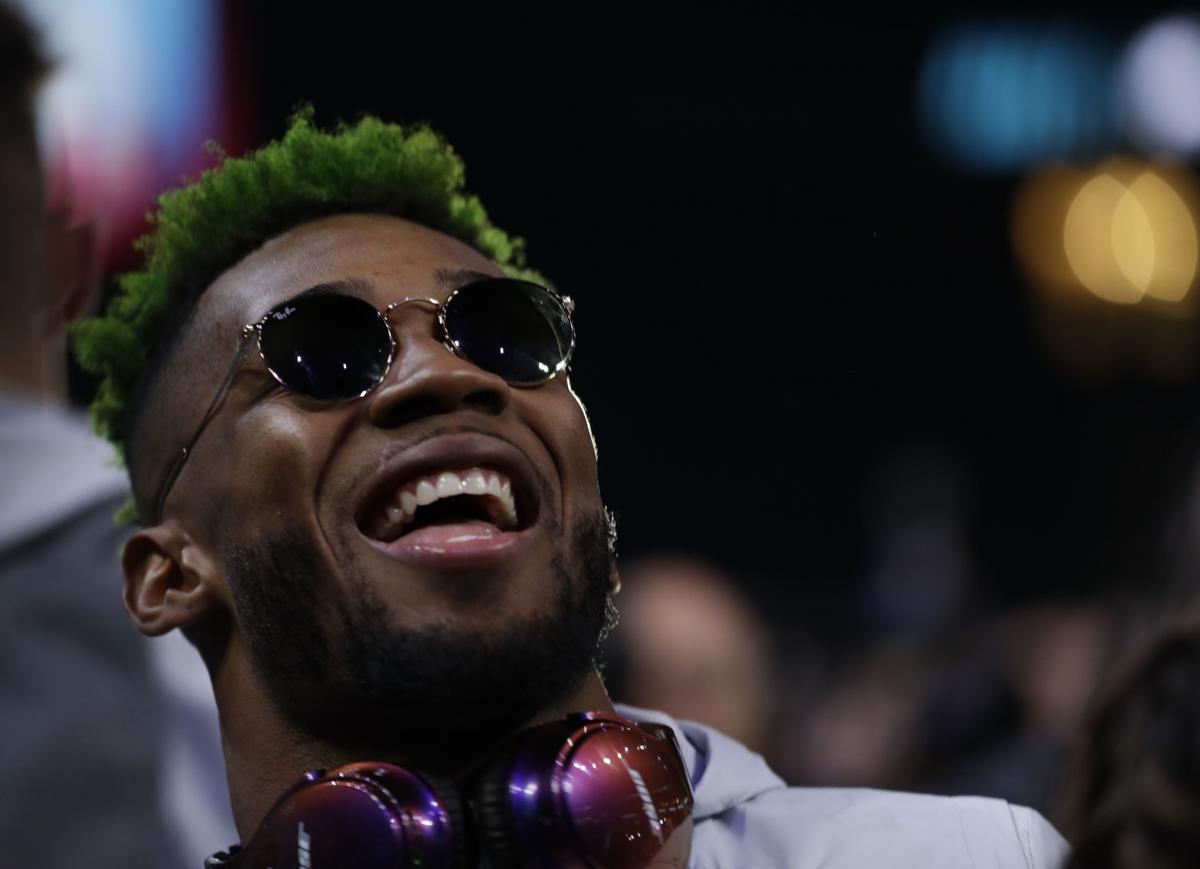 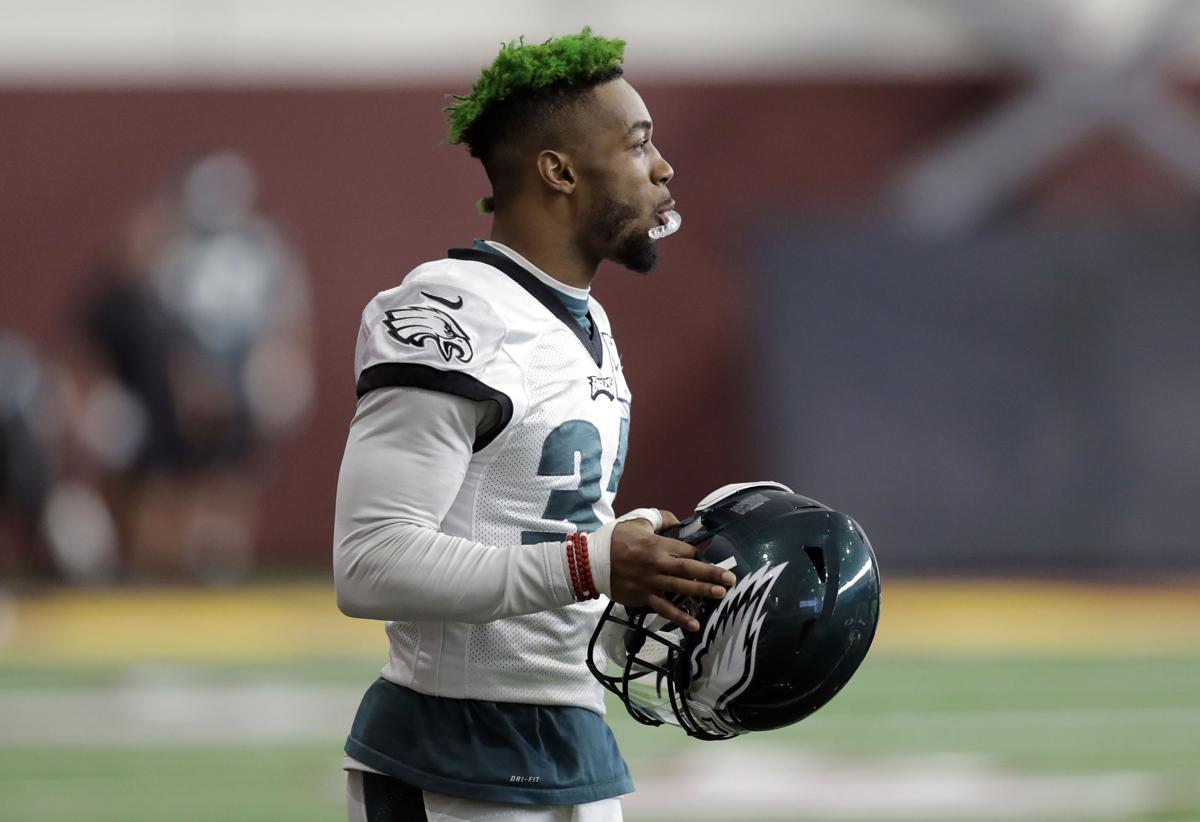 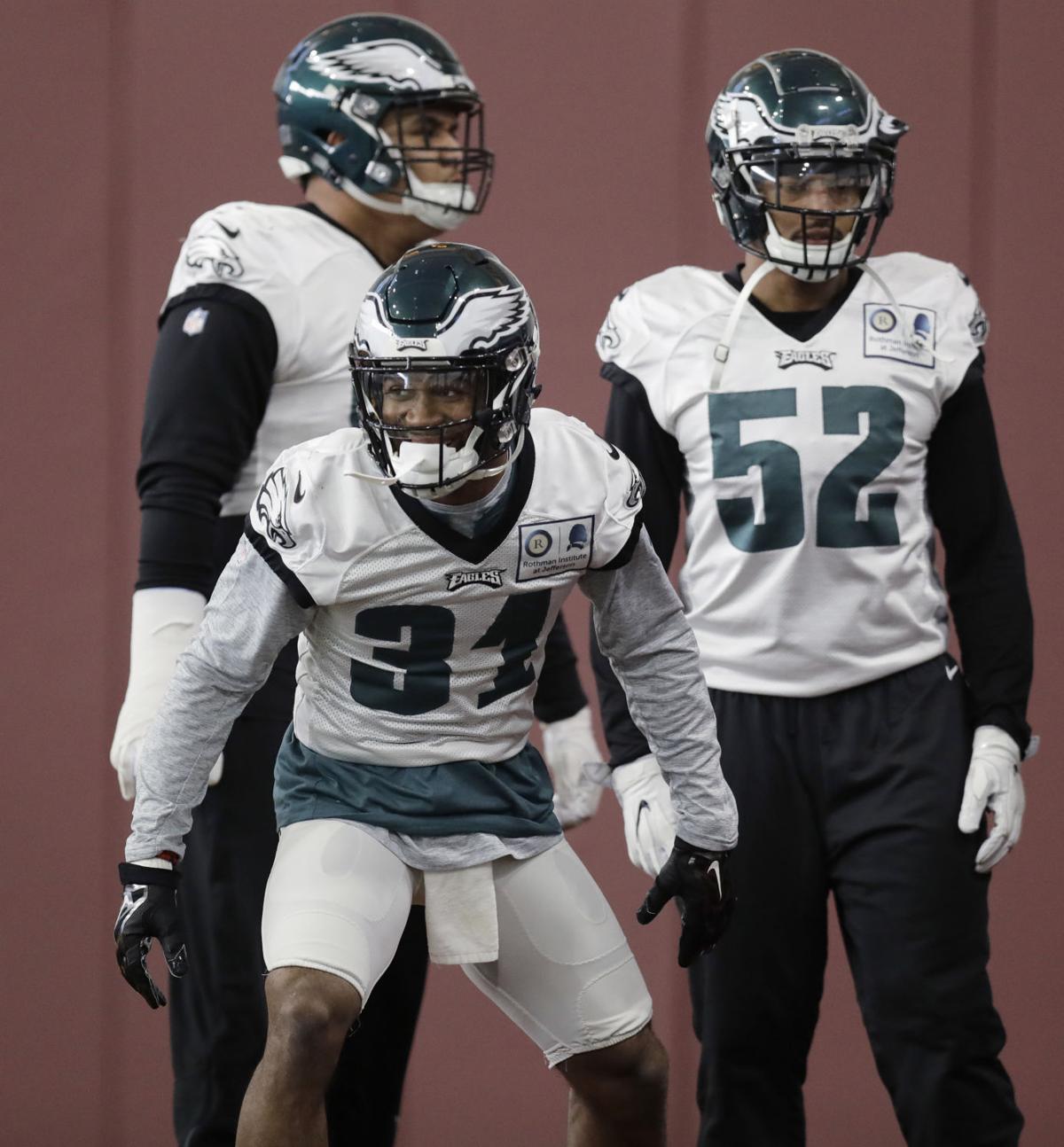 BLOOMINGTON, Minn. — A strange craze has taken over Philadelphia barbershops and salons the past two weeks.

The morning after the city's beloved Eagles overpowered the Minnesota Vikings in the NFC Championship Game to earn a Super Bowl LII date with the New England Patriots, fans started making appointments to dye their hair.

Dye it green, to be specific. Preferably a bright, almost electric lime-green.

All to match Jalen Mills, the second-year cornerback who goes by the nickname Green Goblin.

"I love it," Mills said. "I think that shows the commitment they have to this team, and not only the team. ... I’ve gotten a couple of promises throughout the season that the fans were going to do it."

Mills remembered those promises. Moments after the Eagles beat the Vikings, he tweeted out a challenge to any fans who had promised to die their hair green if Philadelphia made the Super Bowl, and his Twitter timeline has been full of green-coiffed selfies and pictures of kids in hair dye protectors ever since.

Of course, the LSU product's hair has been green for two seasons now. Mills first topped his hair green the previous July, before the start of his first training camp in the NFL.

"All you hear about is the fans, they bleed green, how passionate they are about their team, this organization, how they stand behind their players," Mills said. "I just wanted to show that same type of passion."

All of these green hairdos might only be a symptom of euphoria, a way for Eagles fans to celebrate this magical season.

Or it might also be a subconscious recognition of Mills' place in this Eagles story.

Mills, like this Eagles team, was never supposed to be in this position.

When Mills dyed his hair the first time, he was still trying to overcome the disappointment of a draft-day fall that saw a player projected to go in the second or third round drop all the way to the seventh round, the place where most NFL teams start mining for special teamers or long-term projects.

Mills did not seem like that type of prospect. Versatile and productive at LSU, Mills had to answer questions about a fractured fibula and two damaged ligaments, although he'd recovered in time to play most of his senior season.

And he also had character questions to answer. Mills was arrested in June 2014 and charged with second-degree battery for allegedly punching a woman, an accusation Mills has denied even though he agreed to a pre-trial diversion that dropped the charge to misdemeanor simple battery.

Whatever the reasons, Mills never expected to fall that far in the draft, into a range where the coveted status of "draft pick" carries none of the inherent investment a team would have if he'd been picked higher.

"I have no idea," Mills said. "Maybe one or the other could have played a role. Maybe none of it came into play, and people just didn’t think I was good enough."

When Mills arrived in Philadelphia, though, he didn't approach practices like a seventh-round pick.

"He’s a young, scrappy player that has confidence. That’s what you need at the corner position, and he’s had it since he walked into the locker room," veteran Eagles safety Malcolm Jenkins said. "He’s had a chip on his shoulder; he thinks he can cover every receiver in this league."

Mills played more like the second- or third-round pick he thought he'd be, rising up the depth chart and playing more than 65 percent of the team's defensive snaps as a rookie.

He made 61 tackles and broke up seven passes, but there were also some rough moments.

"It’s hard to be thrown into the situation that he was in," safety Rodney McLeod said. "They’re going to try to attack you in this league, and he learned from that."

Mills had made it in the NFL, but his place in Philadelphia's defense was far from secure coming into this season.

Philadelphia already had one of the league's deepest defensive lines, and Eagles general manager Howie Roseman decided to overhaul the cornerback position this offseason, searching for the right cover guys to get his talented front four home to the quarterback.

Roseman signed former Saint Patrick Robinson in free agency to play the nickel, drafted Sidney Jones in the second round and Rasul Douglas in the third, then traded for Buffalo starter Ronald Darby during training camp.

True, Roseman had let Nolan Carroll and Leodis McKelvin, the players in front of Mills, walk away, but he'd also invested an incredible amount of money and assets into players other than the former LSU star.

"Regardless of how many cornerbacks you have in front of you, at the end of the day, whatever job you may have, it’s all about competition and who wants it more," Mills said. "Whoever wants it more is going to be at the top of the things."

Few players want it the way Mills does.

Veterans like Jenkins, McLeod and Robinson could see it from the start. Mills plays with an energy that's infectious, a spark that's hard to replicate artificially.

"His energy just comes off of him," Robinson said. "There’s something about him, where he’s got that aura."

From almost the first day of training camp, it became apparent Mills was not the same player he'd been as a rookie. In the Spider-Man comics, the Green Goblin is one of the webhead's most devastating villains, a relentless pursuer bent on eliminating the wall-crawler.

Mills might have got the nickname for his hair, but he treats receivers the same way. Despite all of the players the Eagles brought in at cornerback, Mills emerged as the starter opposite the talented Darby, and he's been the upgrade Roseman was trying to find, racking up 14 pass breakups and three interceptions.

"A guy that plays with that type of energy has the ability to go a long way," McLeod said. "I told everyone he was probably going to have an amazing year, and he’s lived up to that. ... He’s a prime reason why we’re successful on the defense."

It's the city Rocky called home, the team that has worn dog masks throughout the playoffs to reflect its underdog status in the wake of Carson Wentz's injury. It might be hard to remember now, but the Eagles weren't expected to make much noise this season, not in an NFC East that included two preseason darlings in the Dallas Cowboys and New York Giants.

Philadelphia hasn't played like a team that worried about the perception.

A lot like its infectious young starting cornerback, who hasn't let his draft-day slide affect his belief in himself.

"No, not one doubt in my mind about it at all," Mills said. "Didn’t worry about it. Whoever’s drafted in front of me, it didn’t matter."

Philadelphia will need that attitude on the game's biggest stage Sunday.

Mills and the Eagles have drawn the game's toughest opponent. New England is unflappable on the game's biggest stage, and Tom Brady, the largest figure in the Super Bowl's history, is sure to test the young cornerback time and time again.

Mills isn't about to back down.

Maybe that's why Mills has made a connection with Philadelphia fans this week. Mills used his draft slip as fuel during his rookie season; now he sees it as a blessing in disguise because it placed him in a spot and a city he fits perfectly.

"The grit, the heart, the tough-nosed football that we play, I think I’m that type of player," Mills said. "I feed into that."

And the fans are feeding off of him.

Inside the NCAA's tweaked 25-man signing limit, how it could have drastic impacts on rosters

Willie Fritz is one of the lucky ones.