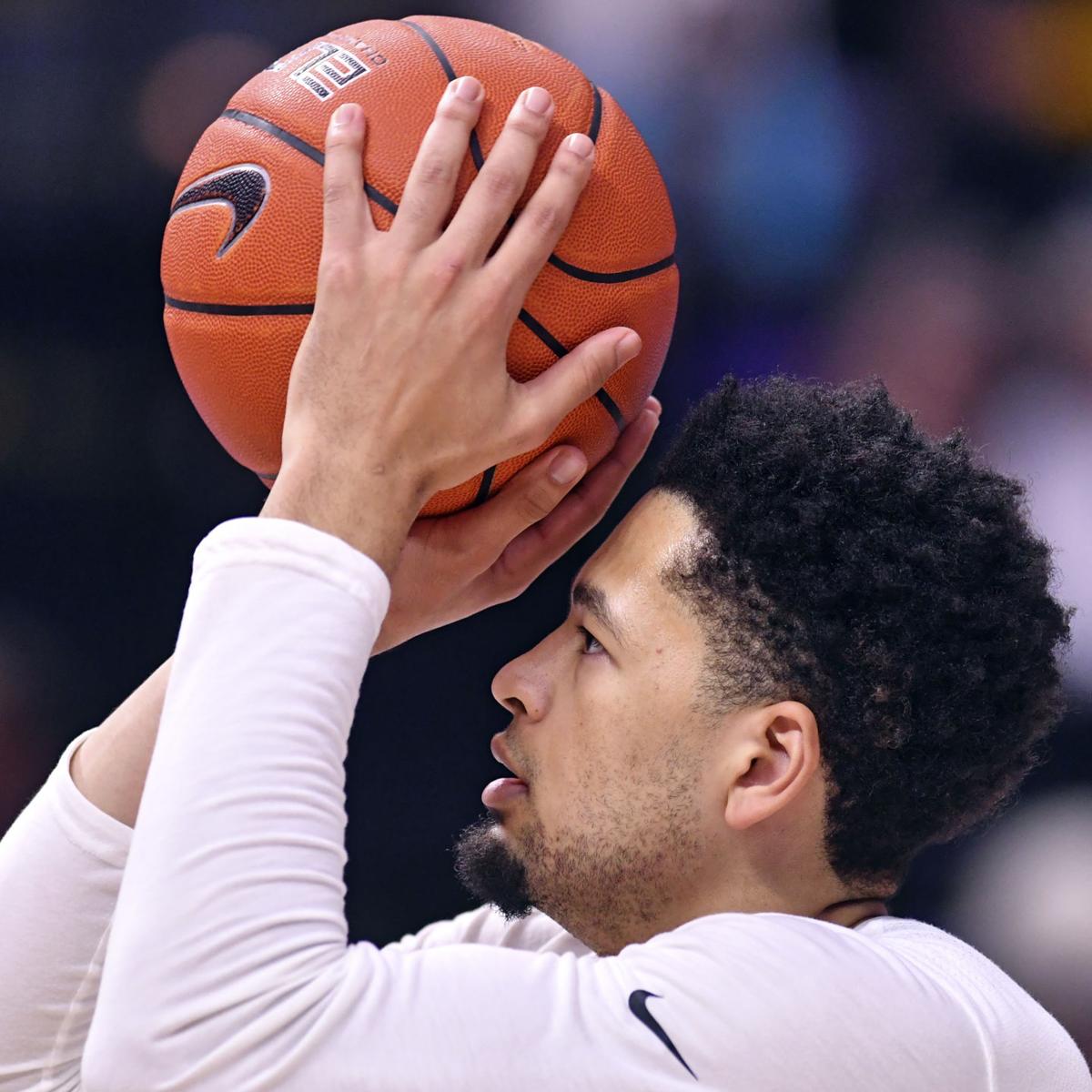 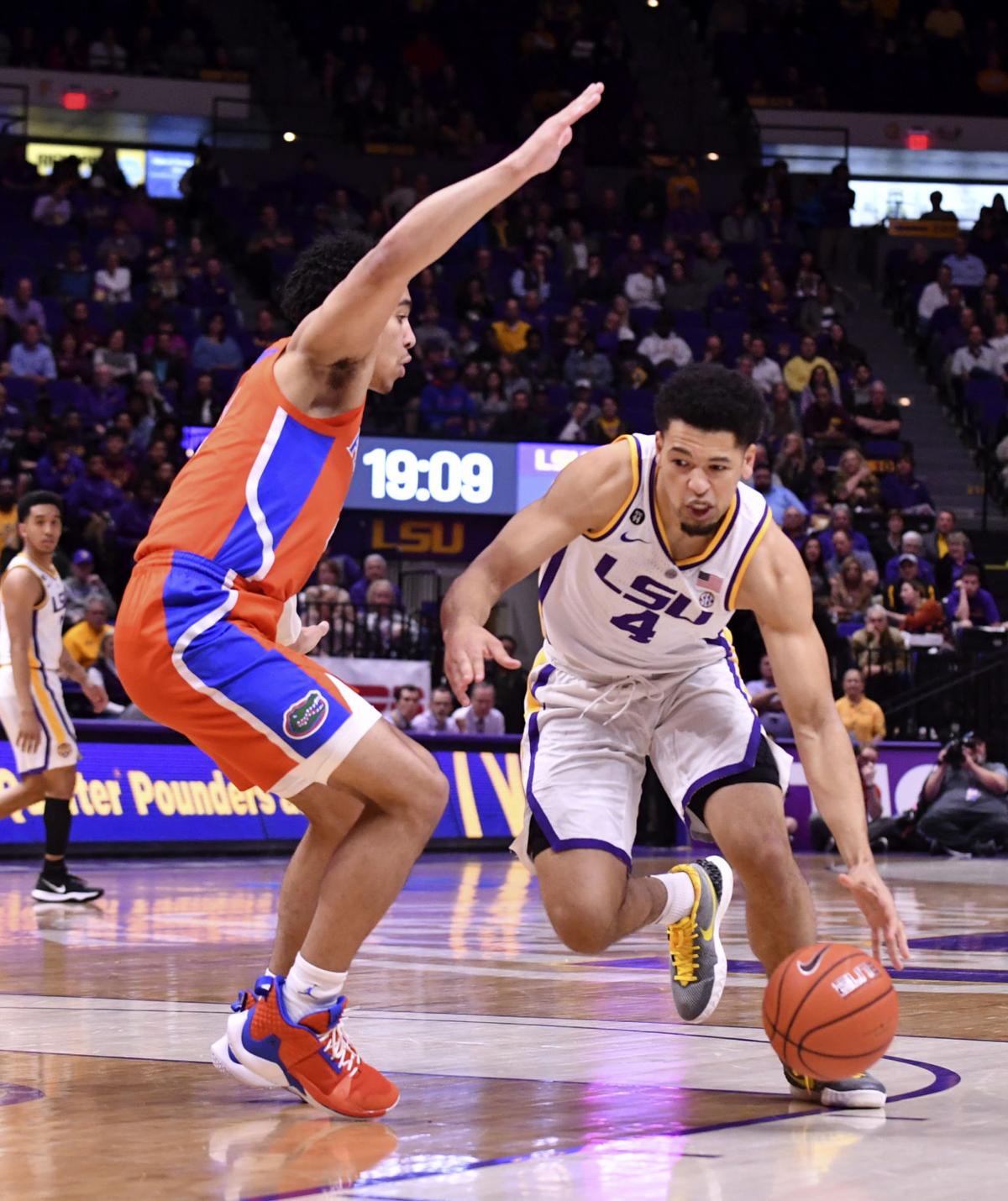 When the LSU basketball team finds itself in a tight spot, the Tigers know they can usually count on the doctor to help out.

No, Skylar Mays is not a physician yet. But the nickname Tigers interim coach Tony Benford tagged Mays with more than a year ago is apropos.

If he’s not flying around the basketball court or in a science lab on the other side of campus, Mays usually has his nose in a pile of textbooks.

“The guy never stops studying,” teammate Javonte Smart said recently. “I don’t know how he does it.”

Even though he makes it look easy with a sparkling 4.1 grade-point average, it’s anything but easy for Mays in his attempt to balance basketball and books.

Besides the NCAA-allowed 20 hours of basketball per week, Mays estimates he studies at least 14 to 16 hours outside of the classroom in addition to attending classes.

His goal is to perhaps follow in the footsteps of his father, longtime Baton Rouge physician Dr. Stan Mays Sr., when his basketball-playing days are over.

“It takes a lot of time, but I’m a pretty determined guy,” said Mays, who is majoring in kinesiology with a concentration in human movement science.

Skylar Mays, a junior guard for the LSU basketball team, was named Monday a first-team Division I Academic All-American by the College Sports …

If that’s what it takes to join the “family business,” that’s what he’s going to do, Mays said.

In a family of 10, which includes seven brothers and sisters, medicine is a big part of the Mays household.

In addition to his dad, who specializes in family medicine, Skylar’s mother, Shannon, is a registered nurse.

Yet Mays said recently, his parents never forced any future plans on him while he was growing up.

In fact, it wasn’t until he enrolled at LSU in June 2016 that the former University High School standout thought about the medical field.

“My parents definitely never pushed me to be a doctor,” Mays said. “They always told me that at the end of the day, it’s my choice if that’s the life I want to live.

“But it’s something I can definitely see myself doing and being passionate about ... helping people. That’s the biggest thing for me.”

Rabalais: Once again, it's time for March Madness from A to Z

The delivery guy is on the way with the chicken wings.

The long hours it takes to make that commitment while playing college basketball in one of the top conferences in the nation didn’t scare Mays away.

Actually, he said, it did the opposite.

“At the end of the day, if you can save lives or change somebody’s life in terms of their health, that’s huge,” Mays said. “That’s what attracted me to it.”

Of course, he’s just as heady on the basketball court.

After deciding to give pre-med a whirl, he realized he liked it. He jumped in with both feet as a freshman while the Tigers suffered through their worst season in a half-century, going 10-21.

Mays started 25 games at point guard and averaged 8.3 points, 3.6 assists and 1.3 steals, then improved on those numbers a year ago under first-year coach Will Wade. He averaged 11.3 points, 4.0 rebounds and 3.0 assists in helping LSU to the second round of the NIT.

Mays has done even better in a breakout junior season.

The LSU men's basketball team achieved its highest finish since 2000 in the Associated Press' poll that was released Monday.

Mays has become a fan favorite with his strong, fearless drives to the goal and his ability to square up and knock down 3-point shots.

The 6-foot-4 guard doesn’t mind throwing down a monster dunk when he has an opportunity, as he did twice in the closing minutes of LSU’s loss to Florida in the Southeastern Conference tournament last Friday.

His skills and smarts last week earned him a first-team nod on the CoSIDA Academic All-America team, which is picked by college sports information directors across the country.

He was also named the SEC scholar-athlete of the year by the league's coaches and was a second-team pick on their all-conference team.

Like Smart, many of Mays’ teammates and coaches are amazed at the way he’s able to maintain a fine balance of basketball and books.

On more than one occasion the past two seasons, the now-suspended Wade has complimented Mays on how he’s able to play at a high level while preparing for a big test or exams.

“I'm just so proud of how well he’s doing and how well he’s playing … and contributing at such a high level on a really good team.”

What channel is truTV on? LSU fans, we can help you find the game!

OK, LSU fans, we already know what you're thinking: What channel is truTV on?

As a student-athlete himself, teammate Kavell Bigby-Williams said he sometimes scratches his head wondering how Mays makes it all work considering the demands on an athlete's time.

“It’s crazy to me that he’s a great basketball player and he works as hard, extremely hard, on the basketball court as he does in the classroom,” Bigby-Williams said. “He’s doing well in both, which is a credit to him and to how his parents have brought him up.”

Which is why Benford, who has a nickname for every player on the team, calls him “doctor” or, more formally, “Dr. Mays.”

Mays said he loves that Benford and his teammates recognize the passion he has for the game and his studies, and the road he has ahead.

“If I want to go to med school, I can’t just get Bs and be OK with it. … I have to do well on pretty much every assignment,” he said. “There’s not much room for error.

“But that’s the position I put myself in, and I’m glad I put myself in that position. I think I’m doing a pretty good job of balancing it out and making sure I'm taking care of business on both sides.”