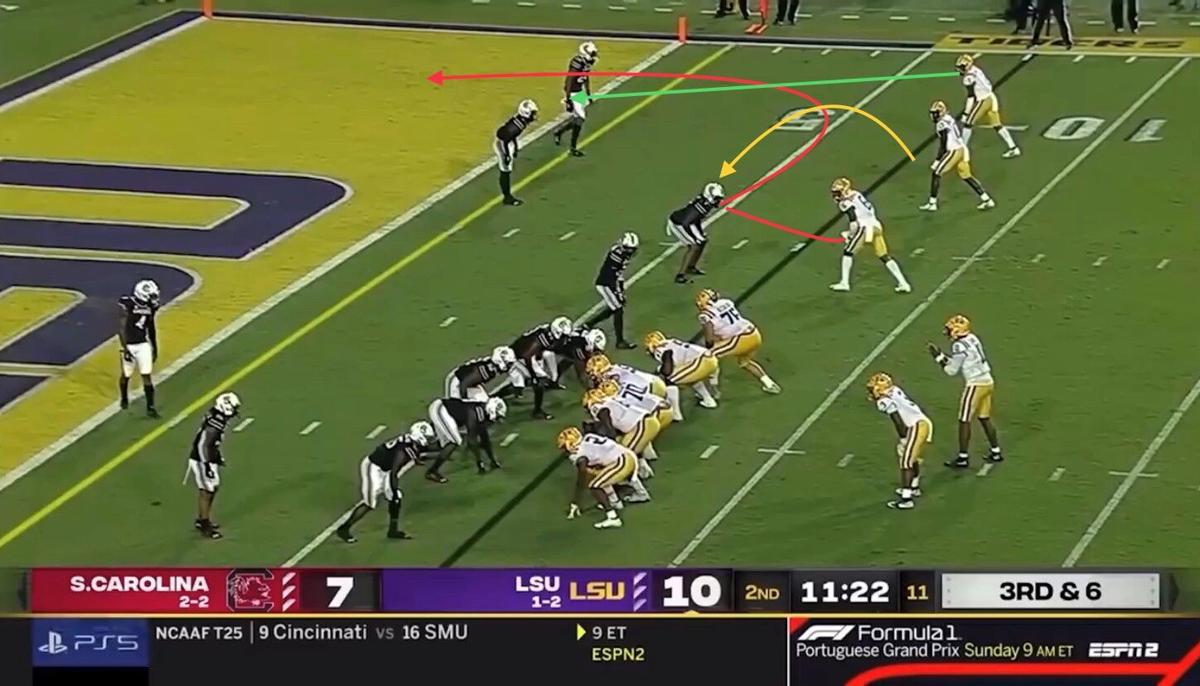 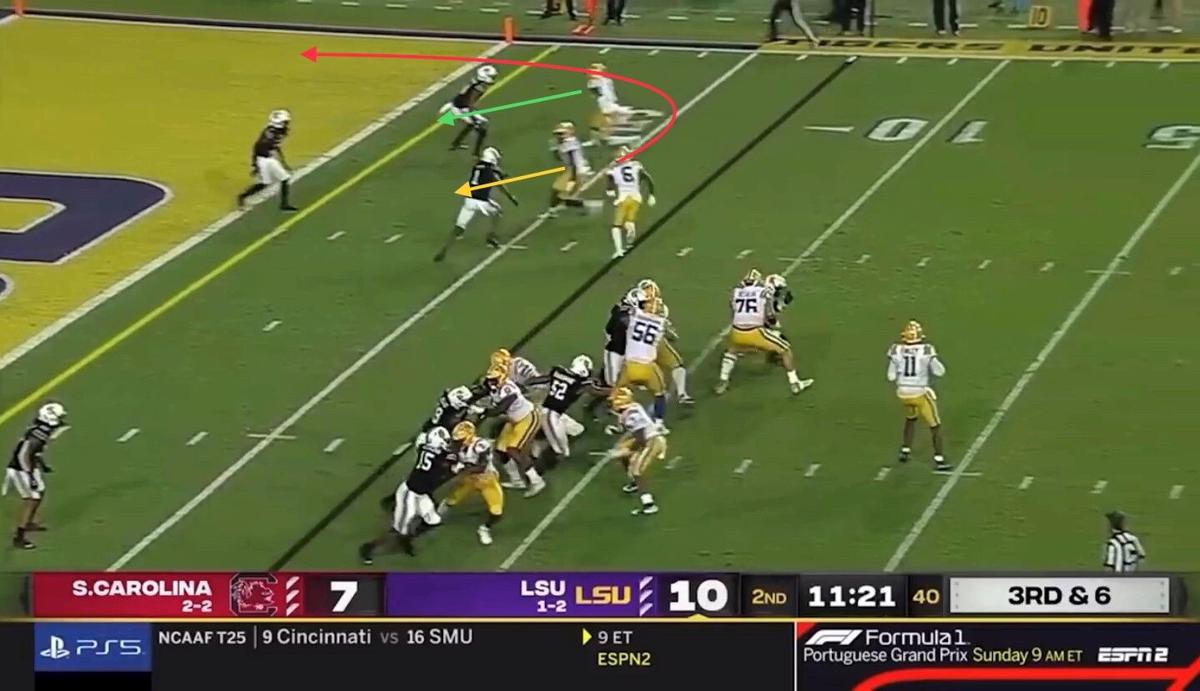 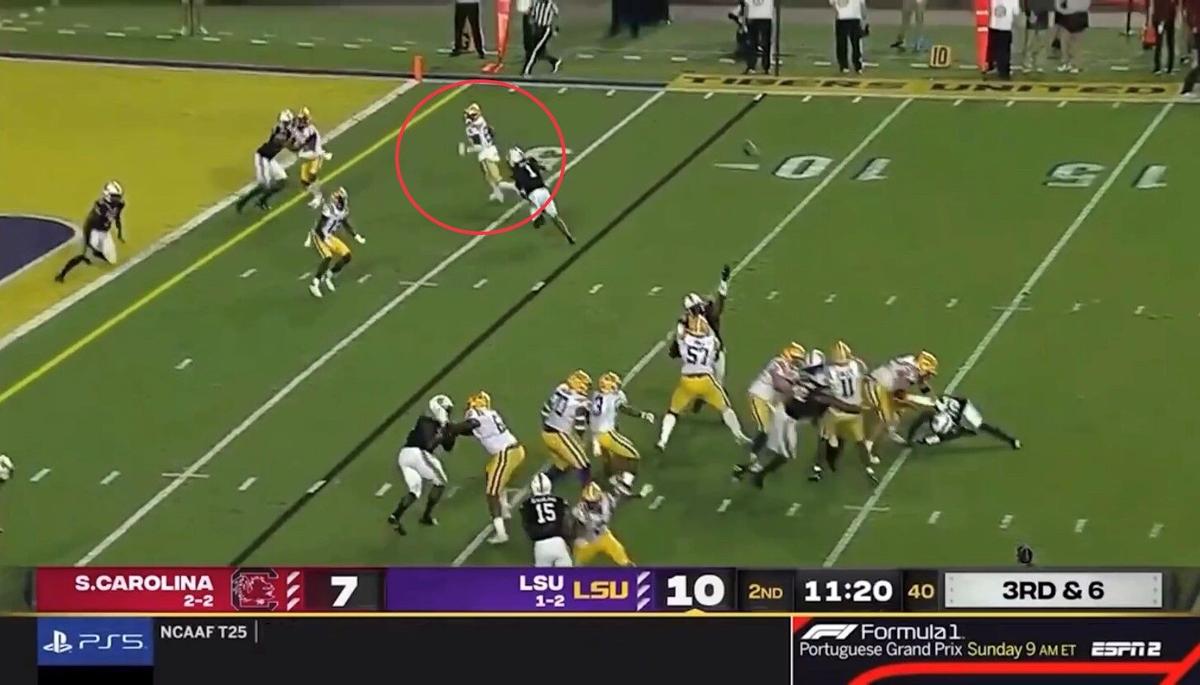 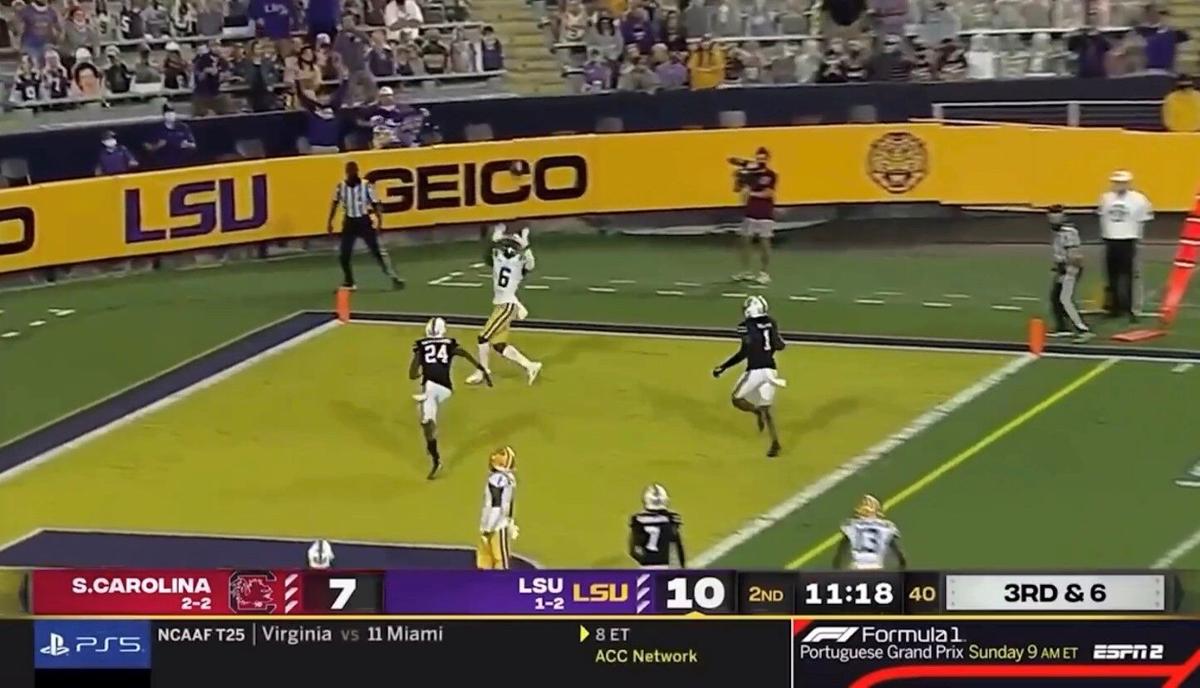 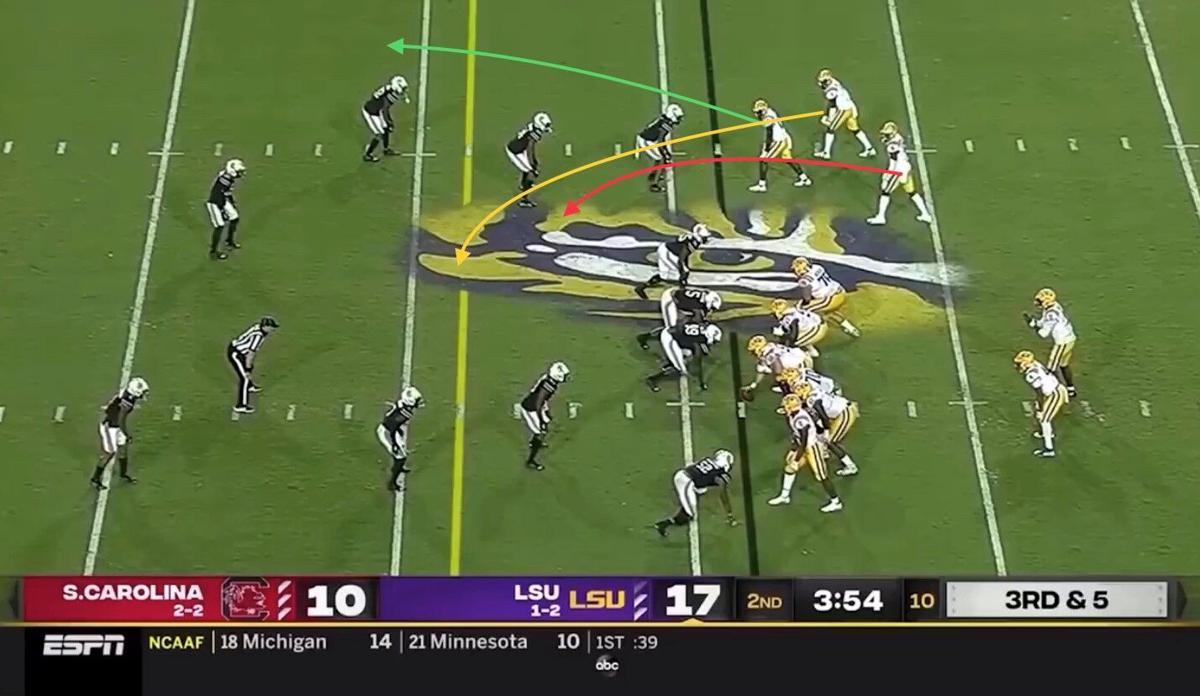 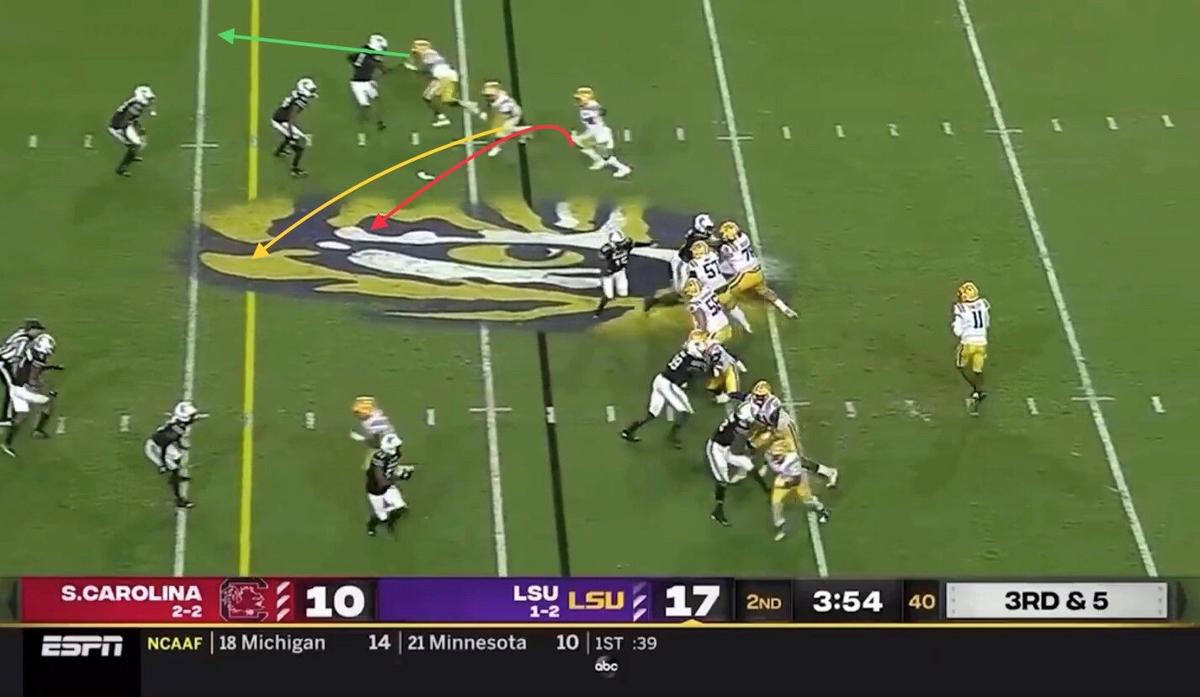 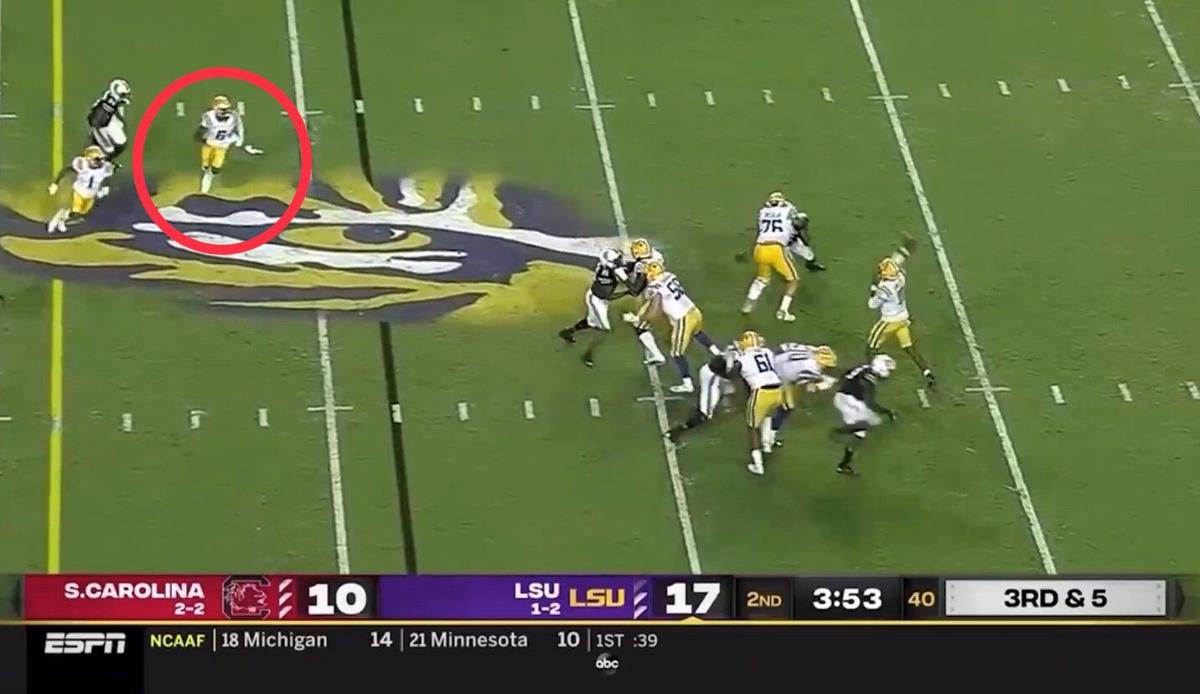 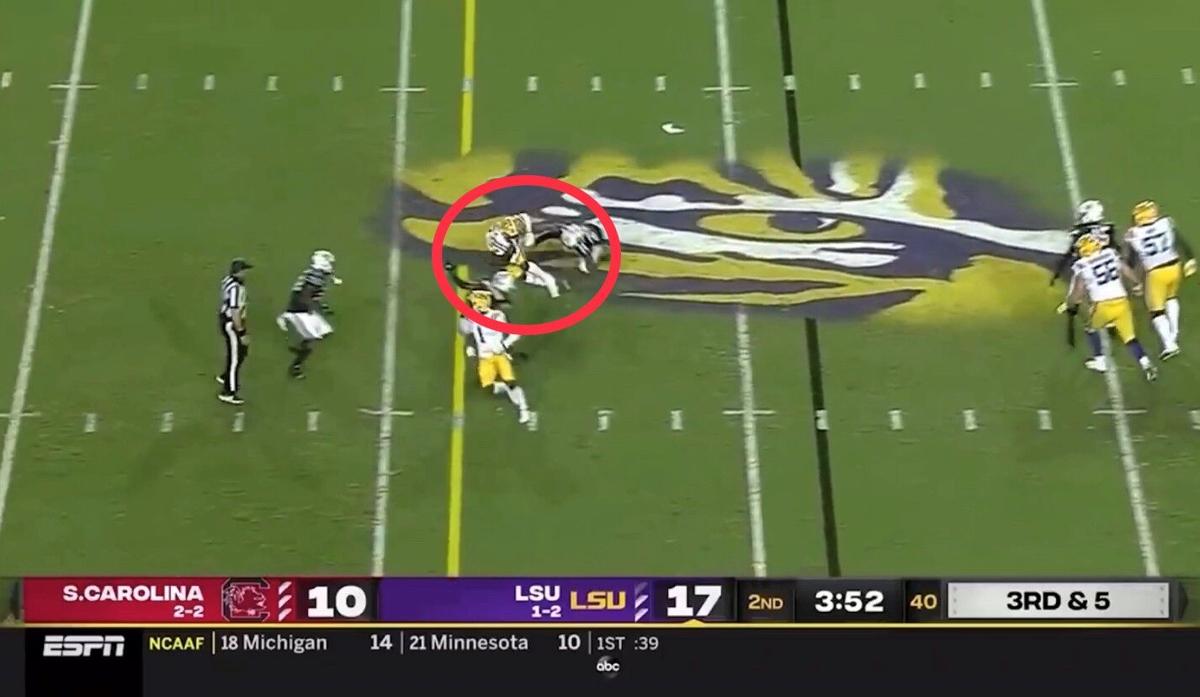 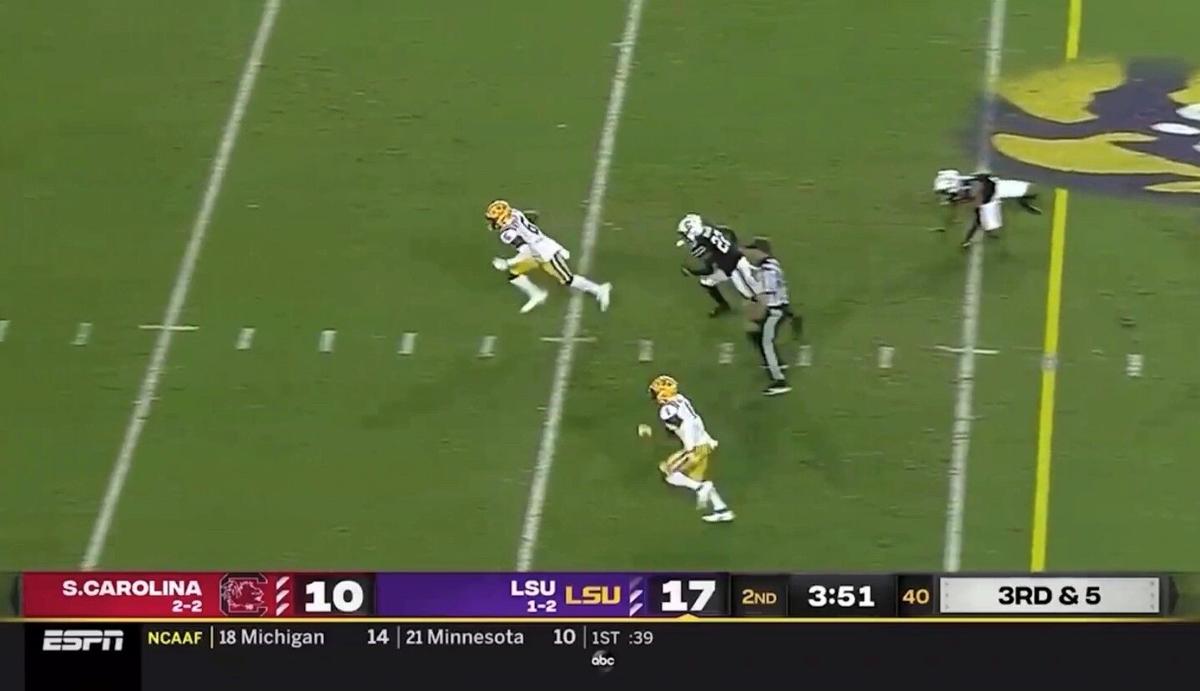 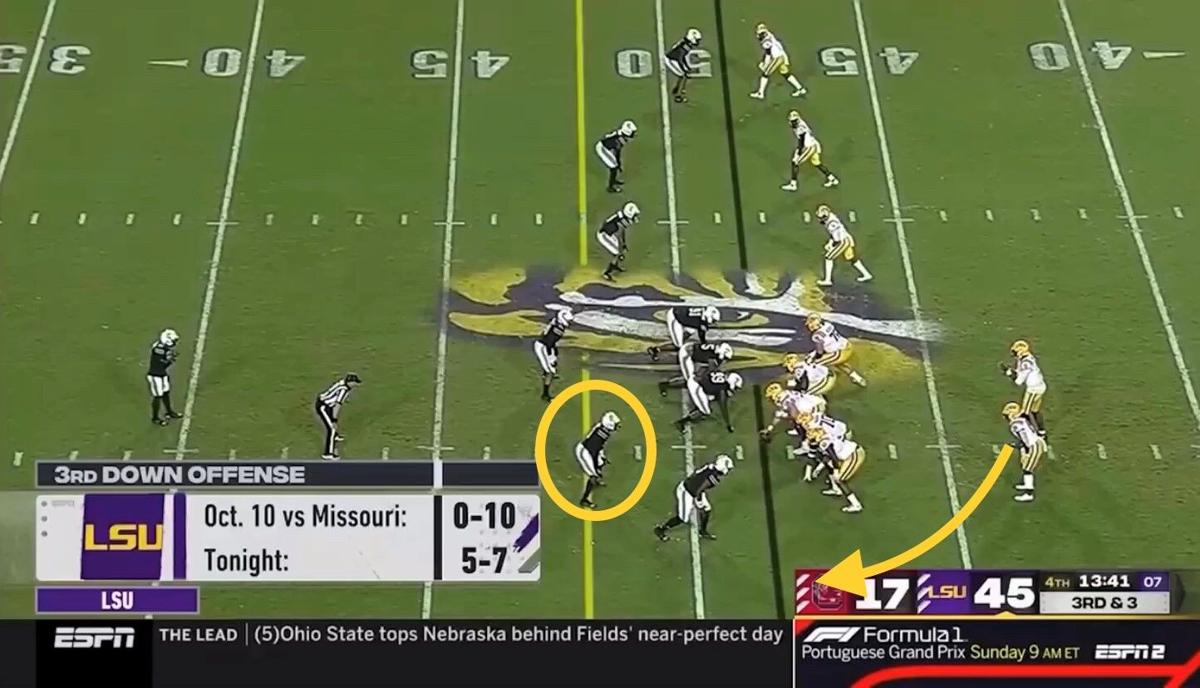 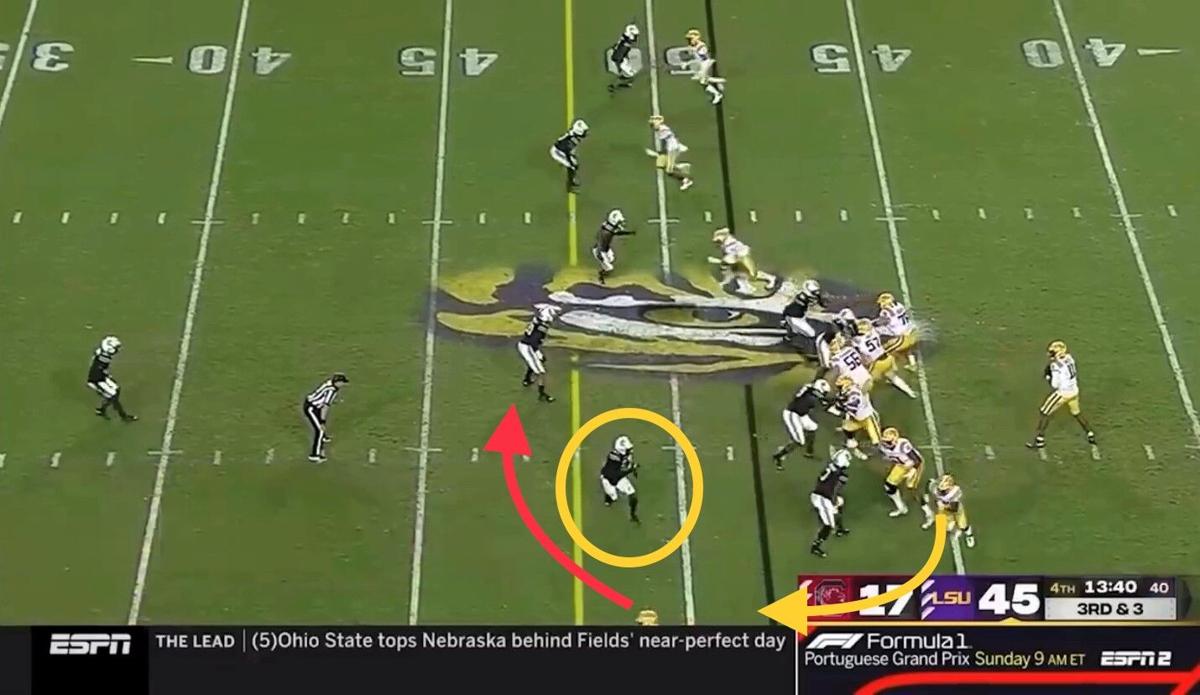 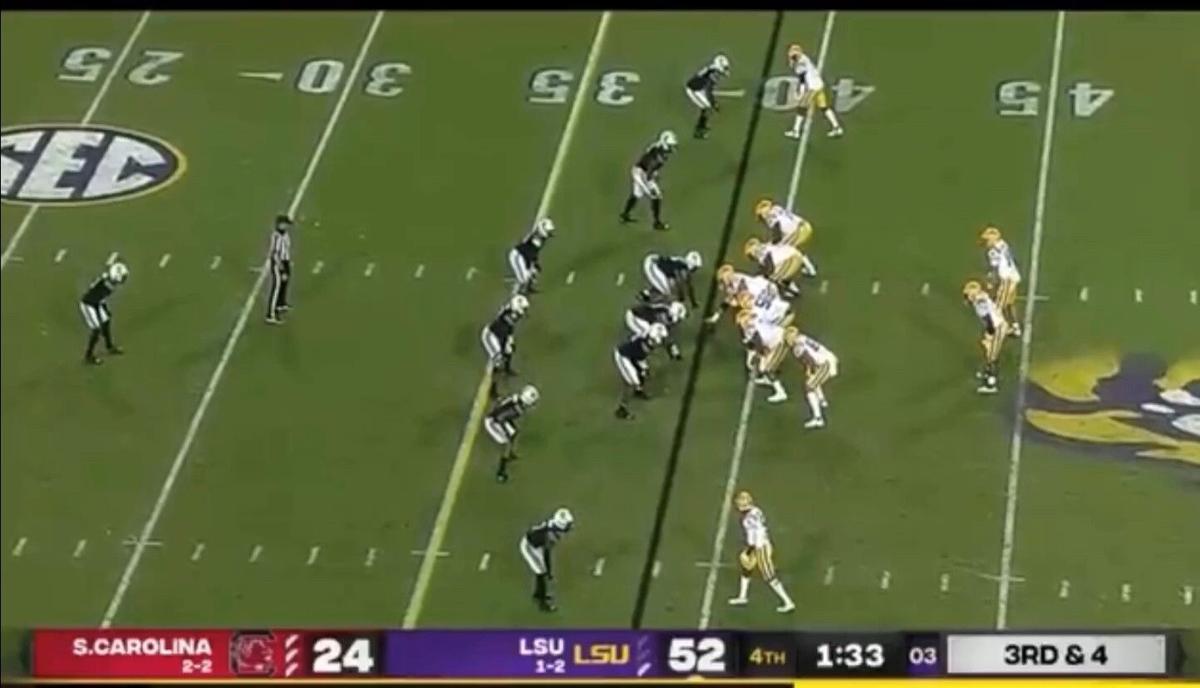 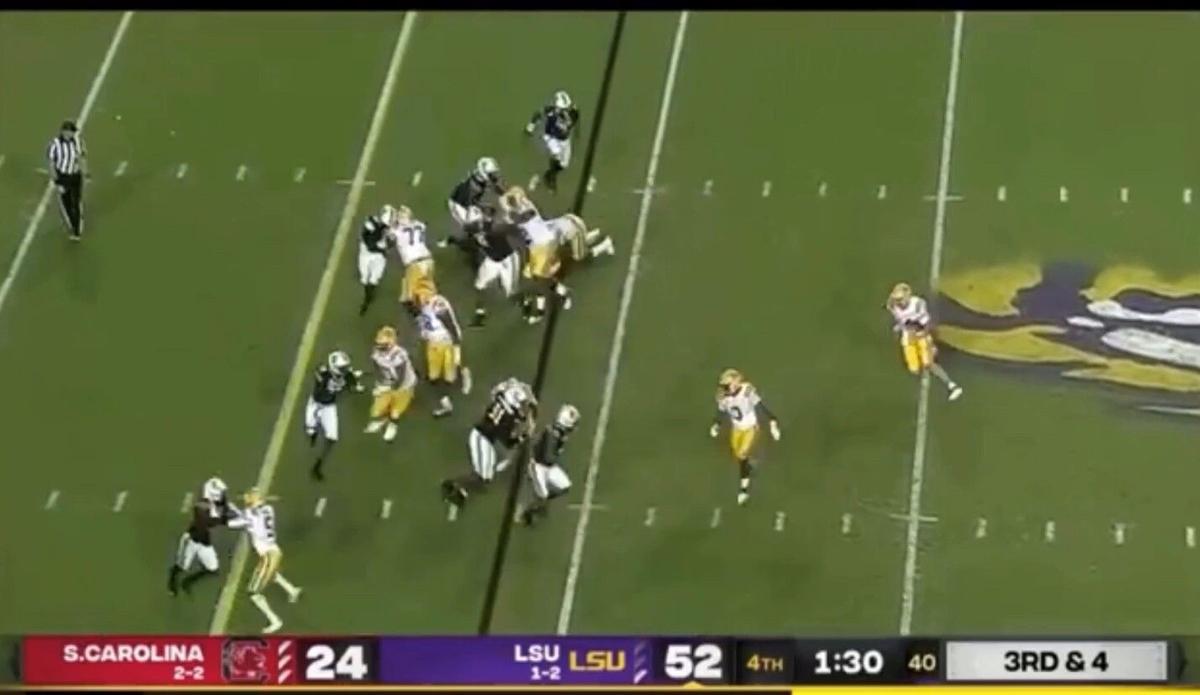 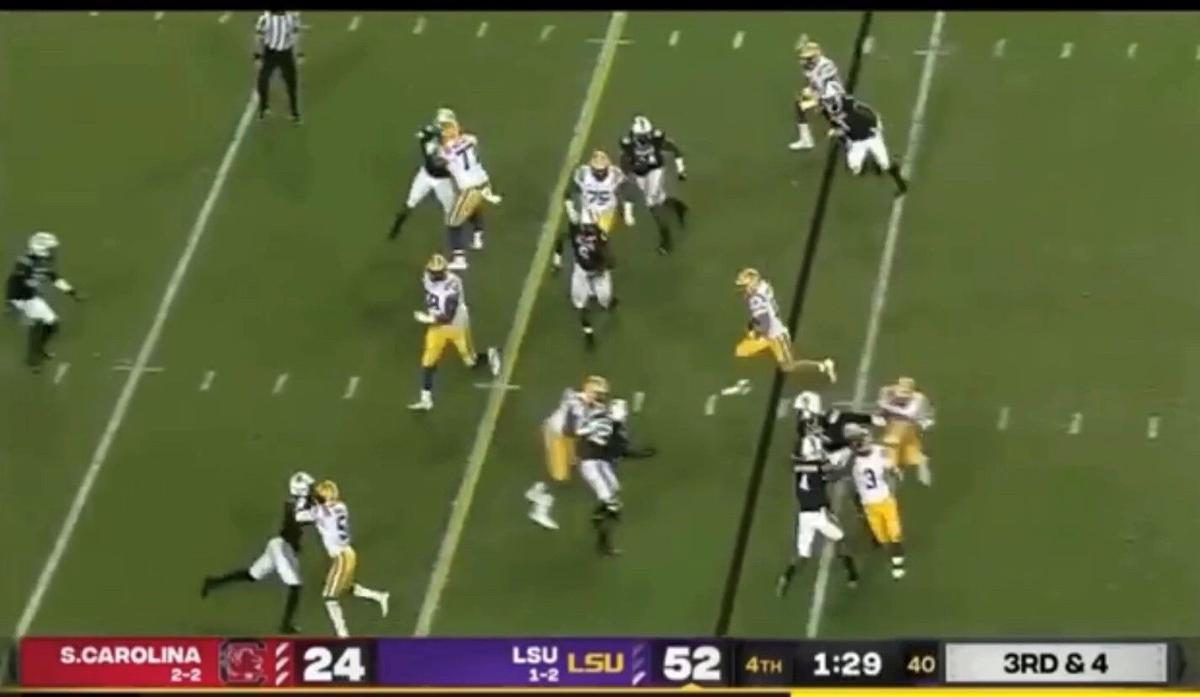 The LSU defense (sort of) rebounds: LSU linebacker Jabril Cox said he and a few other teammates talked about how they needed to buck up and show people defensive coordinator Bo Pelini's 4-3 scheme works and fits with the personnel the Tigers have. They took a step forward Saturday night against South Carolina with a series of disruptive plays: five sacks, seven tackles for loss and a pick six by Eli Ricks that broke the game open before halftime.

Still, many symptoms of the LSU defense's problems remain. South Carolina gained 403 total offensive yards, and much of it was gained on familiar long, explosive plays. The Gamecocks had seven plays that gained at least 20 yards, four that gained at least 40. We won't break down each one to analyze the issues. Check out our breakdown of the Missouri game for that.

On Saturday, we saw more 4-3 base than usual because of South Carolina's dedication to run packages, but Cox said the big plays still come from the same source of issues: "little mishaps on our part, bad eyes by some of us in the secondary and linebackers that misread gaps."

It is troubling that such mental errors remain after two weeks of simplifying the defense and shoring up fundamentals — especially with a high-powered offense like Alabama looming two games away.

But Cox said he was more pleased with the way the LSU defense responded to giving up big plays. He used the common "bend not break" phrase to describe their mentality instead of folding after yet another defensive lapse.

South Carolina scored 21 of its 24 total points on drives when there was a gain of at least 20 yards, but the LSU defense also kept the Gamecocks off the scoreboard on three such drives, each ending with a missed field goal.

It's worth noting that even if South Carolina's Parker White made each kick, LSU still wins by a substantial margin. Surrendering 33 possible points per game is playing dangerously in the SEC, and Orgeron said the defense still has to tighten up its play.

TJ Finley says LSU has its 'swagger back' after South Carolina win; can it continue?

Improvement on third down and red zone situations: LSU's offense needed little repair after the team's first three games. The Tigers averaged 37.5 points in losses to Mississippi State and Missouri. Although defensive lapses were at the root of both losses, LSU had a chance to beat Missouri in the final seconds but were stopped on fourth-and-goal. LSU also went 0-for-10 on third down conversions in Columbia, and Orgeron resolved to fix the issues.

Against South Carolina, LSU was 8-for-10 on third down conversions, and the Tigers scored four touchdowns within the Gamecocks 10.

On Saturday, we saw the most under-center snaps for LSU since the 2018 season. At least six third down or goal line plays began under center, and three of them were quarterback sneaks by TJ Finley.

Missouri coach Eli Drinkwitz said in the days following LSU's loss that he was surprised LSU didn't just run a quarterback sneak on the goal line, especially since Missouri was missing two of its starting defensive linemen.

Finley scored the game's first touchdown on a quarterback sneak, and he used his 6-foot-6, 242-pound frame to push for a fourth-and-1 conversion and a third-and-1 conversion.

How LSU 'woke up' South Carolina defense, rolled up most rushing yards in nearly 2 years

LSU football coach Ed Orgeron will speak to members of the media during his weekly Monday press conference at 12:30 p.m.