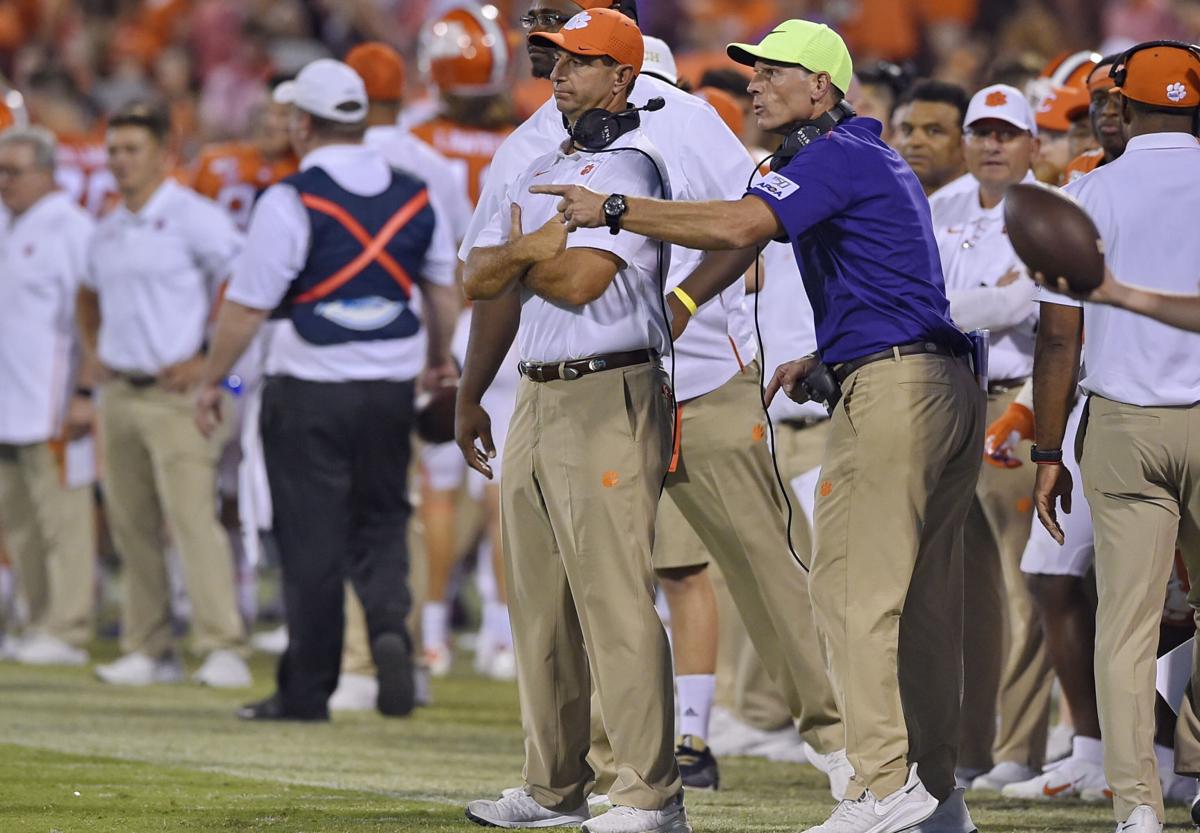 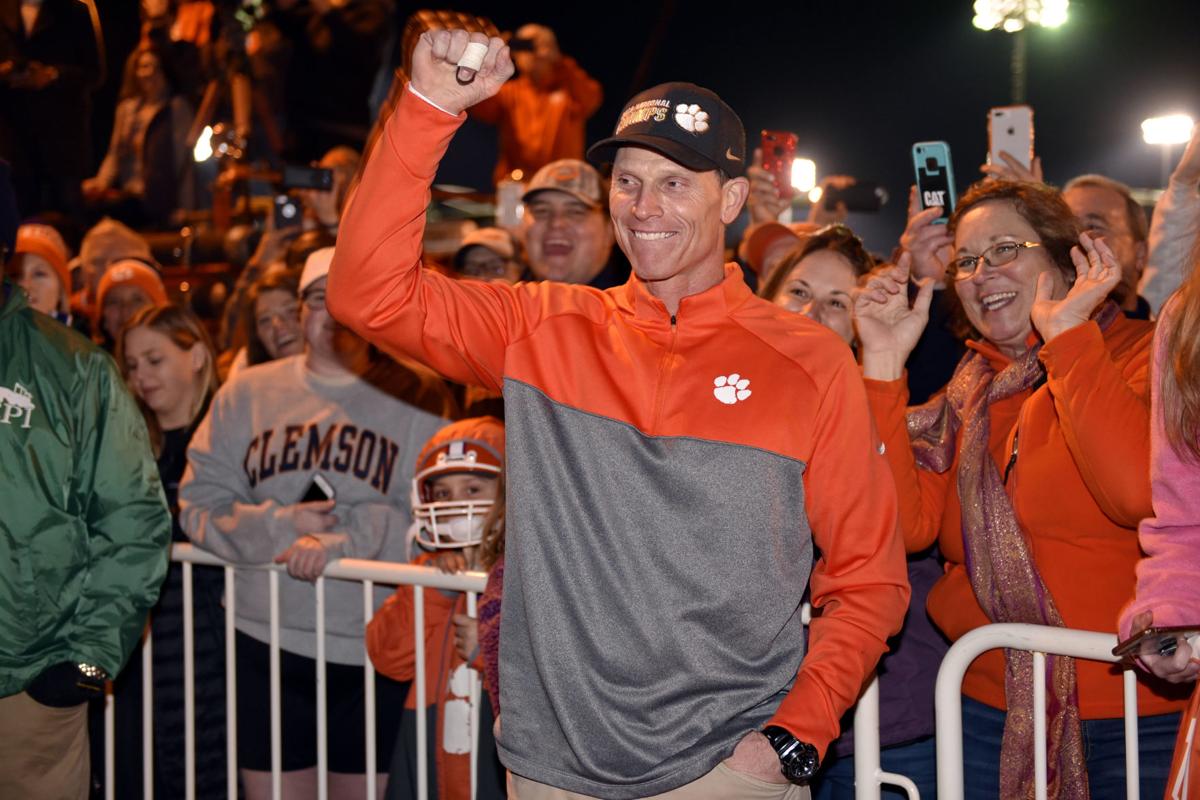 A record-setting offense and a transcendent quarterback will face the nation's top defense in the national championship game.

This Southeastern Conference power beat Georgia in the league's title game. Stomped its regular-season opponents by multi-score margins. It appears the only thing standing in the way of history is the price of the ink to write it.

A year ago, it was Alabama that seemed unstoppable. It was Tua Tagovailoa who was throwing touchdown passes in all the highlight reels, doing guest interviews on late-night sports programs.

Rabalais: LSU's defense is eager to rebuild its brand after a season in the offense's shadow

It was the Crimson Tide which entered the national championship with all the fanfare and reverence, only to be obliterated by the Clemson Tigers 44-16 in one of the most shockingly lopsided title games in history.

"I picked Alabama to blow them out last year," SEC Network analyst Cole Cubelic said. "So there's that."

Clemson dominated on defense. The Tigers forced seven tackles for loss, two sacks and two interceptions — one which was returned for a touchdown on the second drive of the game.

And that's where the similarities between last year's championship and this year's title match between No. 1 LSU (14-0) and No. 3 Clemson (14-0) end: Ferrell, Wilkins and the rest of Clemson's starting defensive line in 2018 are now playing in the NFL.

Venables no longer has a historically exceptional defensive line, but the eighth-year Clemson assistant still found a way to lead the nation this season in scoring defense (11.5 points allowed per game).

"He's had to be a lot more creative this year," said Cubelic, a former Auburn center and sports radio host headquartered in Birmingham, Alabama. "I mean, last year, it was just line those four dudes up and tee off."

Rabalais: On the verge of a unique achievement, this time it is about LSU's Ed Orgeron

Some folks still like to make sport out of the way Ed Orgeron talks, but you can say this for LSU’s coach no matter what you think of his verbiage:

How has Venables fielded another score-stopper in 2019?

He shuffles his talented personnel — defensive line, linebackers, safeties — into a nearly countless number of formations, one after another, in the middle of a game to confuse things like an offensive line's blocking schemes or a quarterback's passing progression.

There are enough variations in the way Clemson's defense can look on any given play, Cubelic said, he doesn't know "how they get it all in, honestly," in one season.

"We just had an hour-and-a-half meeting before practice going through all of them there's so many," LSU center Lloyd Cushenberry said Friday.

On one play, a defensive tackle can be lined up over the center.

On the next, the same tackle can be lined up over the guard.

And all the while, All-American linebacker Isaiah Simmons could be rushing the edge, blitzing up the middle, dropping back in coverage.

How can a defense be thrive in such organized chaos?

"They've been in the system with their D.C. so long, it's nothing," Cushenberry said.

Venables is in his eighth season as Clemson's defensive coordinator.

That's by far the most tenured defensive coach LSU's offense has faced this season.

Orgeron's Tigers have tormented defenses that have mostly been coached by coordinators who were still settling into their schools.

Five coaches were in their first season with their team. Seven were in their second. Auburn's Kevin Steele is the most tenured coordinator LSU has faced so far this season, and the fourth-year defensive coach helped limit LSU to its lowest point total in a 23-20 win.

That's not to say LSU's offense has been pushing over unprepared defenses.

The gap of experience between Venables and anyone else is just one of the better ways to show why Clemson's defense is more capable to do what other defenses have failed to do against LSU: making the game harder.

Because with the talent LSU's offense contains, including Biletnikoff Award wide receiver Ja'Marr Chase and the SEC's leading rusher Clyde Edwards-Helaire, that's one of the only things a defense is left to do.

"You've got to confuse them one way or another," Cubelic said. "Whether it's what you're doing up front, whether it's in coverage, I think you have to confuse Burrow if you're going to have any kind of success against him whatsoever... because if he just knows what you're in, you're done, you've lost, you really don't have a chance."

Michael Divinity to start for LSU during national championship, his first game since leaving team

Michael Divinity will start in LSU’s dime package during the College Football Playoff National Championship, which marks the first game the senior linebacker has been eligible for since late October.

Defenses have tried to fool LSU and failed.

Burrow has said that every school has come out with a defense he didn't seen from them on film — so much to the point he joked there was no point in watching film at all.

It wasn't until LSU adjusted its run game to exploit Auburn's limited numbers at the line of scrimmage that the offense broke through.

"I know that Kevin Steele did a good job," Orgeron said. "This is a copycat league. The things that defenses did well against us, I'm sure we're going to see some of it.

A week after beating Oklahoma in the Peach Bowl, the LSU football team practiced indoors on a sunny day in preparation for its national champi…

Georgia tried Auburn's 3-1-7 defense at the start of the SEC Championship Game and eventually abandoned it.

The Bulldogs didn't have a powerful defensive tackle like Auburn's Derrick Brown, who won the Lott IMPACT Trophy, an award given out to the nation's top defensive player.

"There's not many teams that can win with three or four at the line of scrimmage in big-boy football," Cubelic said.

At some point and time, Clemson is going to unleash a defense that LSU hasn't yet seen.

The only question is what that new defense is and how effective it will be.

"We're going to have to figure it out," Orgeron said. "It's going to be a tremendous chess match the whole night."

Even after the season ends, it's fitting that this LSU team appears poised to break yet another record.

Much like his childhood idol Drew Brees, Joe Burrow is headed to the Mercedes-Benz Superdome with a chance to beat some Colts and break some m…

Why is the College Football Playoff National Championship Game being played so late?