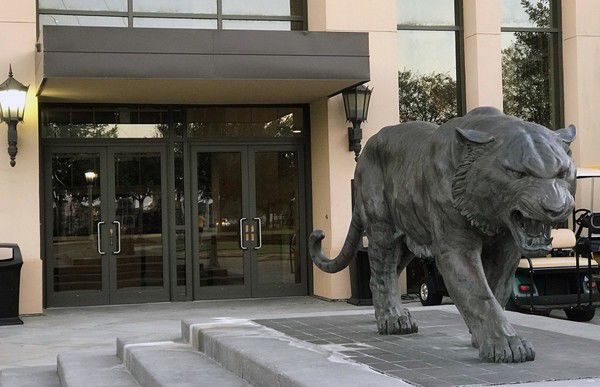 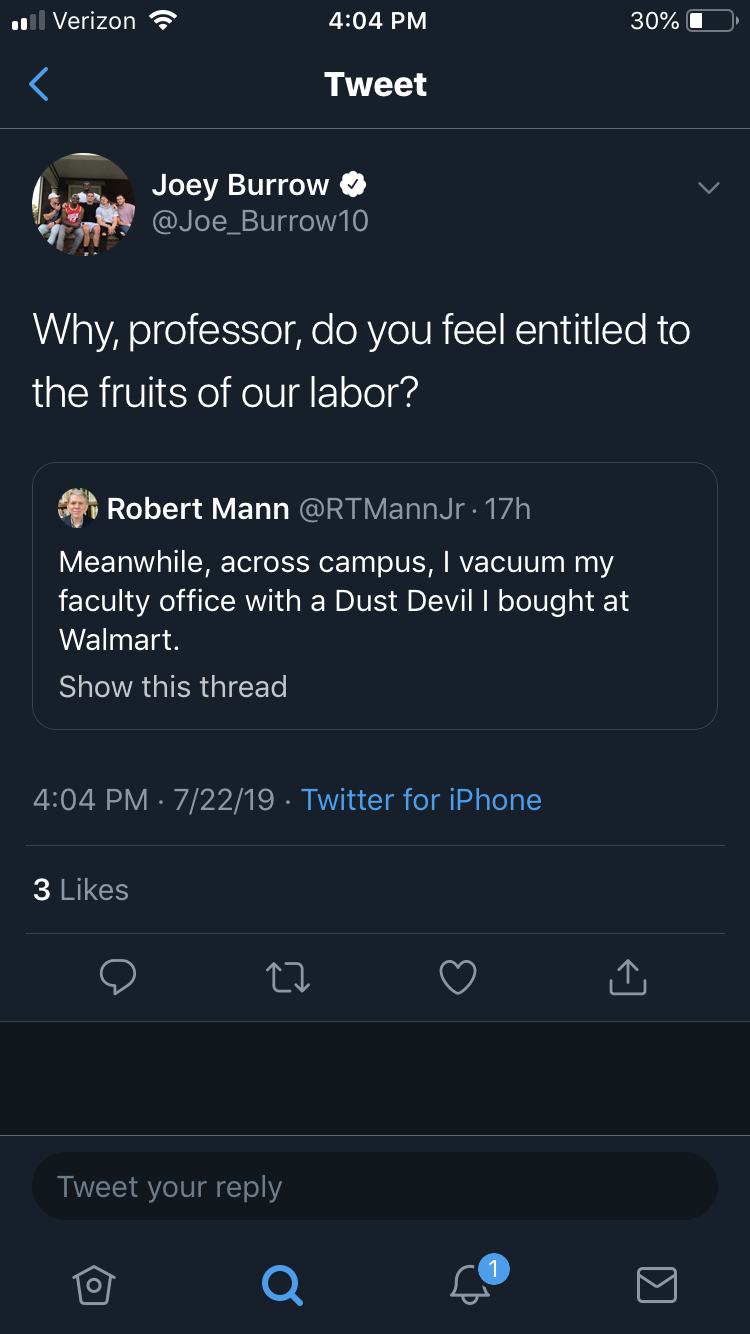 But in the 24 hours after the big reveal, athletes past and present took to social media to question and defend the renovations and its cost.

The newest renovation project in LSU athletics has been completed.

The project, paid for with private donations to the athletic department, includes the addition of nearly 25,000 square feet, with a new training room, offices, locker room, players lounge and cafeteria.

Questions on social media surfaced, wondering about the renovation of the football facility while also pointing out the shape of the university's library. The Chronicle of Higher Education published a story with the headline: "LSU Just Unveiled a $28-Million Football Facility. The Flood-Damaged Library Is Still ‘Decrepit.’"

LSU Manship School of Mass Communication professor Robert Mann spotlighted one of the LSU football team's tweets from the newly renovated locker room, adding "Meanwhile, across campus, I vacuum my faculty office with a Dust Devil I bought at Walmart."

Meanwhile, across campus, I vacuum my faculty office with a Dust Devil I bought at Walmart. https://t.co/fsVSPhmsOO

Mann, previously a columnist for The Times-Picayune and NOLA.com, wrote a column in 2016 about LSU library's "decay," calling it a "symbol of Louisiana's misplaced priorities."

In a now-deleted response, LSU quarterback Joe Burrow replied to Mann: "Why, professor, do you feel entitled to the fruits of our labor?"

Burrow wasn't the only football player who took to Twitter to defend the new facility and its cost.

Linebacker Michael Divinity chimed in, pointing out that the facility was funded by private donations.

"ATTENTION ALL LOUISIANA STATE UNIVERSITY STUDENTS AND GRADUATE STUDENTS !!!!! The Money For Our New Facility Was A Private Donation From Members Of TAF And Football Alumni’s ! Thank You"

A second player, linebacker Patrick Queen, shared Divinity's response, adding: "Say it louder!! Crazy people from your own school can't stand to see us be happy for something we worked for and didn't cost a penny out of their pocket!"

At least one former LSU Tiger weighed in on the discussion, saying the renovations were not needed. Eric Reid, who currently plays for the Carolina Panthers, said LSU's previous locker room was "better than the current one in Carolina."

The locker room when I was at LSU 7 years ago was better than the current one in Carolina. But there’s no money to compensate these young men for the revenue they bring to the school #JustSaying https://t.co/hlQtMy8dwd

"But there's no money to compensate these young men for the revenue they bring to the school #justsaying," he added on Twitter.

"Dont u find it interesting that we can convince people 2 donate millions 2 renovate a facility that doesn't need renovating?" Reid said in another tweet. "How many scholarships could have been given with the money used 2 renovate?"

Among some of the flashiest parts of the project is is the locker room.

Each player has a dedicated space that looks more like a first-class pod on an airplane. Each pod has a chair that folds out into a bed, storage space, an iPad holder to watch film and more.

The renovation takes the place of the old center, which opened in 2005.

LSU announced Friday that there will be a ribbon-cutting ceremony for the new facility on Wednesday.

After seeing the LSU football player sleeping pods and $28 million locker room renovation, LSU rising senior @catcmckinney shares what she says is a photo of a section of the school’s library... pic.twitter.com/i2OSkOF3bT

I've said this 100 times: I don't begrudge LSU athletics anything they have and that they've built or purchased with private dollars. I only wish the state treated what happens on the other side of campus as equally important to the school's success as football, baseball, etc.

This building isn't possible without the support of our former players and the generosity of our @lsutaf donors. Every penny of this project was funded by philanthropic gifts. No university or taxpayers dollars were used. Thank you for making this possible. #LSU https://t.co/mtwy8t0RVQ

The whole facilities debate is just proving my theory that LSU's greatest rival is itself.

The football program alone brings in over $150 million a year in revenue, which financially bails LSU out every single year. Even if LSU had paid for it (which it didn’t), the return on investment would justify the facility. The problem is not athletics. Athletics is the answer. https://t.co/eFHMyTaapx

Also the money we bring into the university could have more than paid for it even if we didn’t have such generous boosters. https://t.co/WeO6sYvI48

Over the last 10 years, LSU Athletics has contributed roughly $100 Million dollars towards the general University... nearly $40 million in the last 5 years... #TheMoreYouKnow #AthleticsAreTheAnswerNotProblem

For those who attend any university, student government groups can be a great way for young people to get a basic introduction to the realitie…