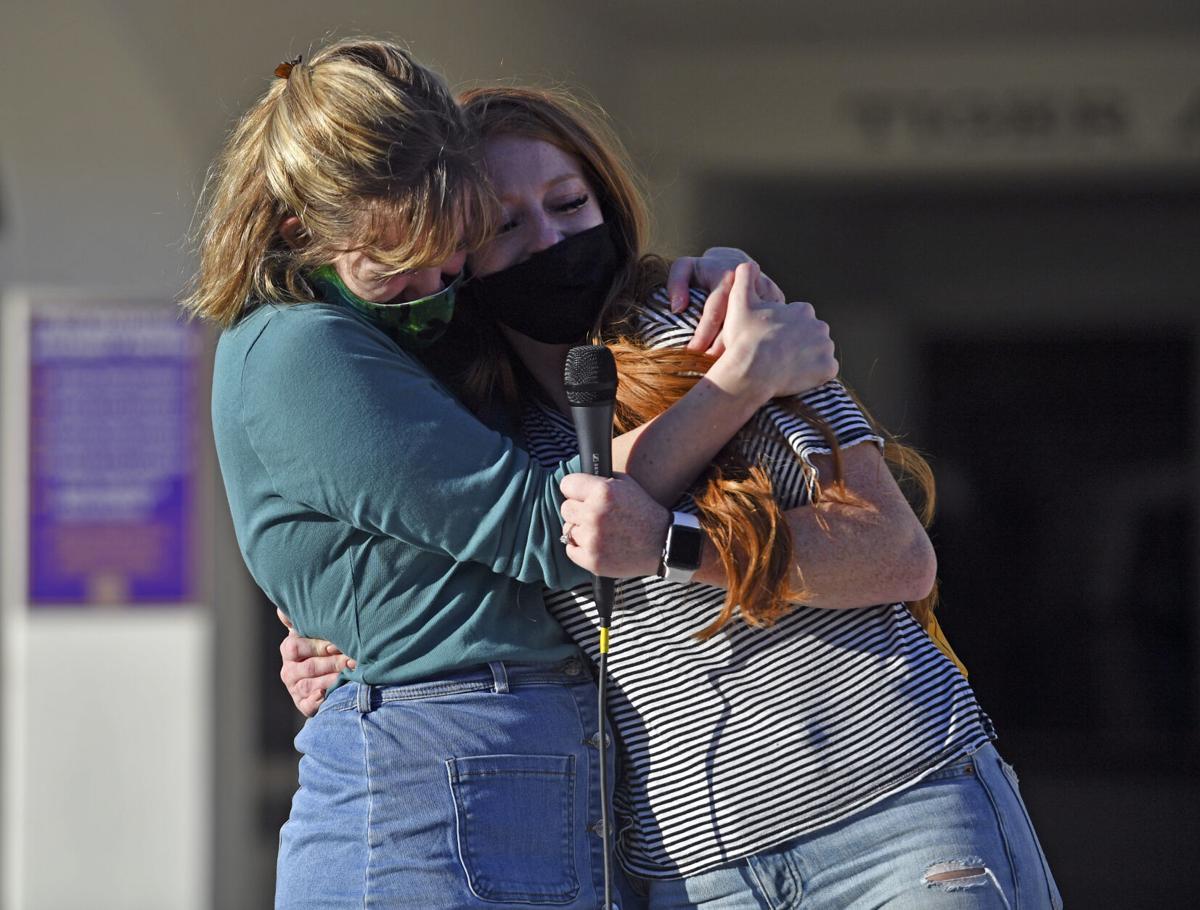 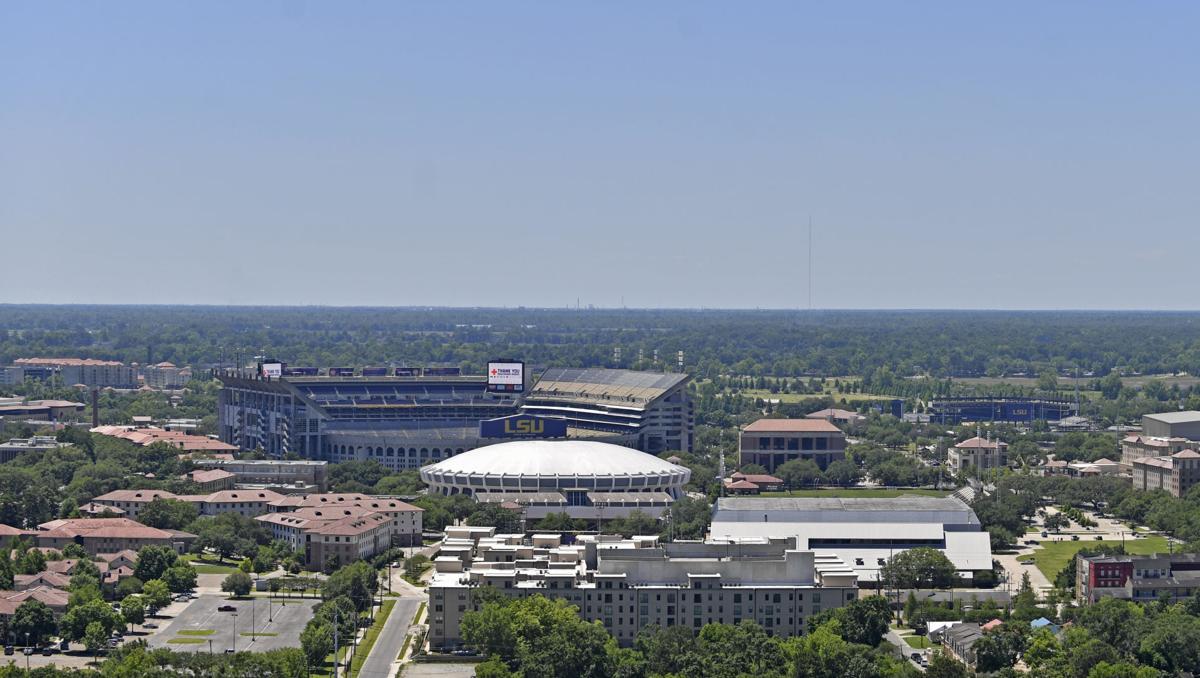 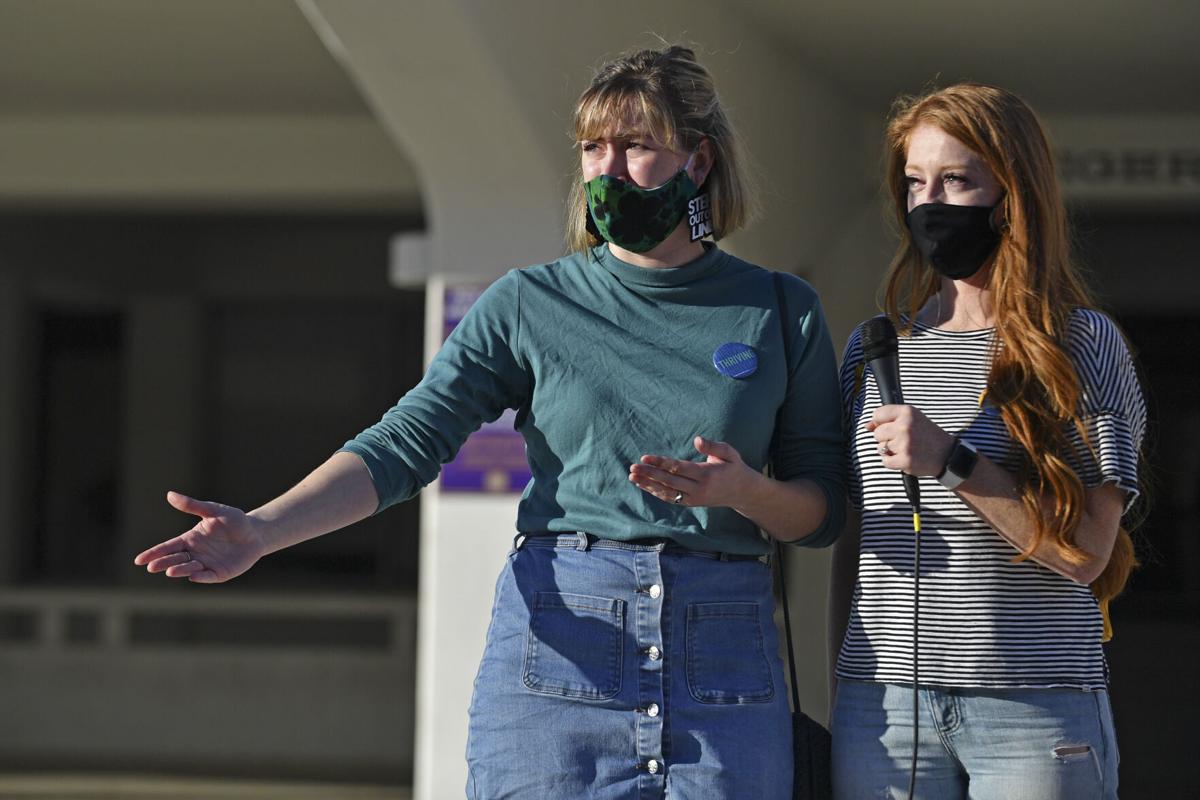 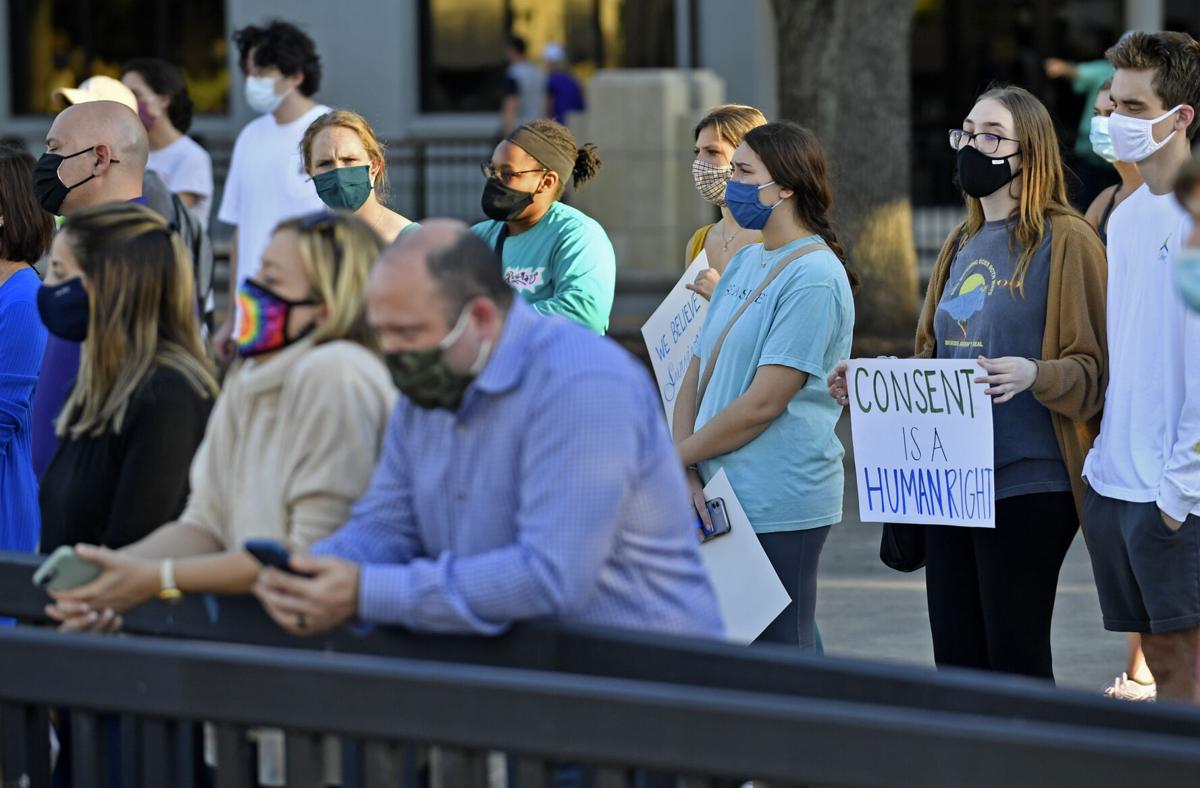 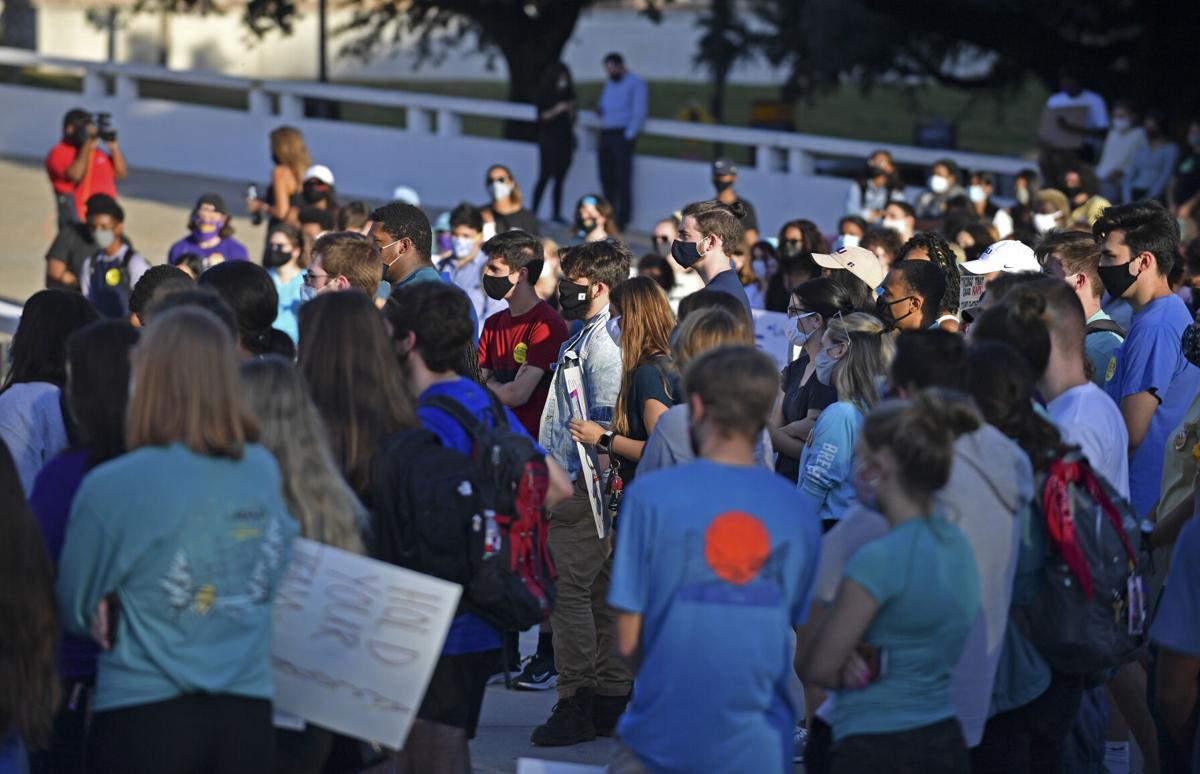 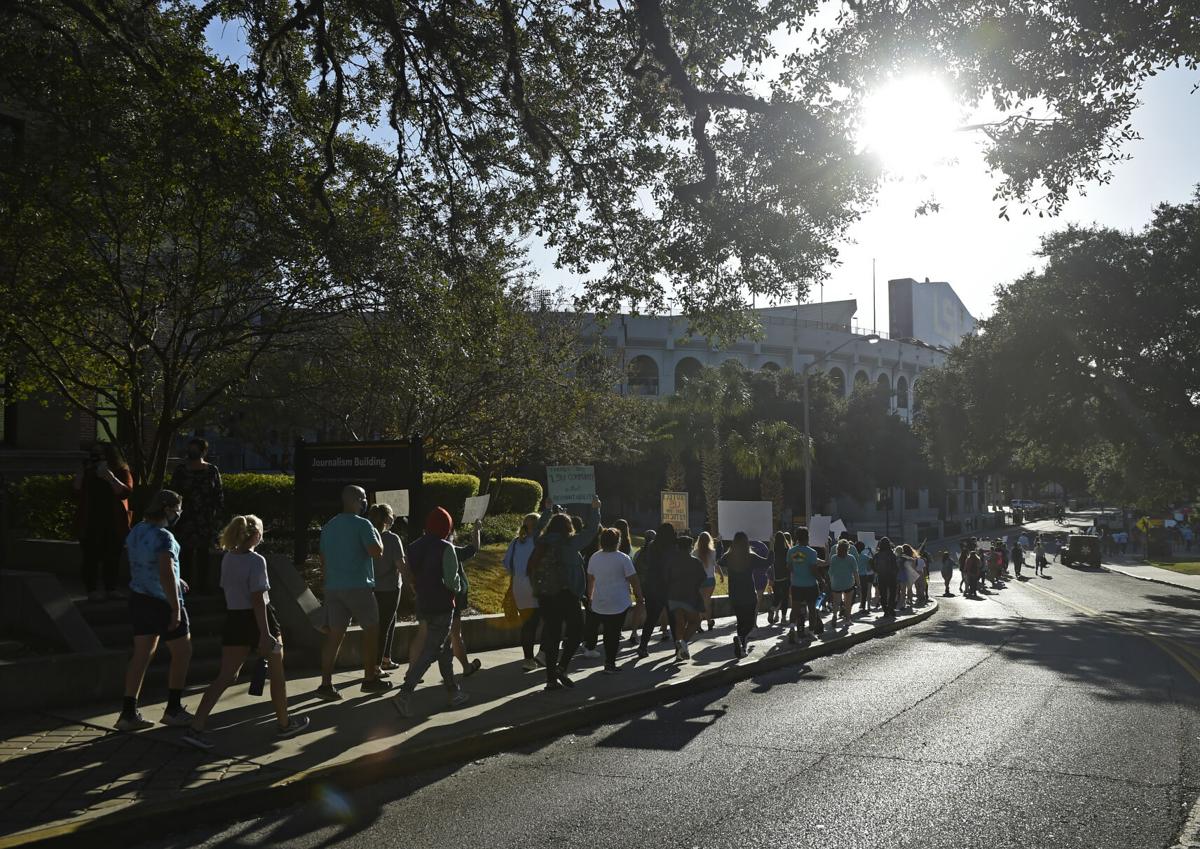 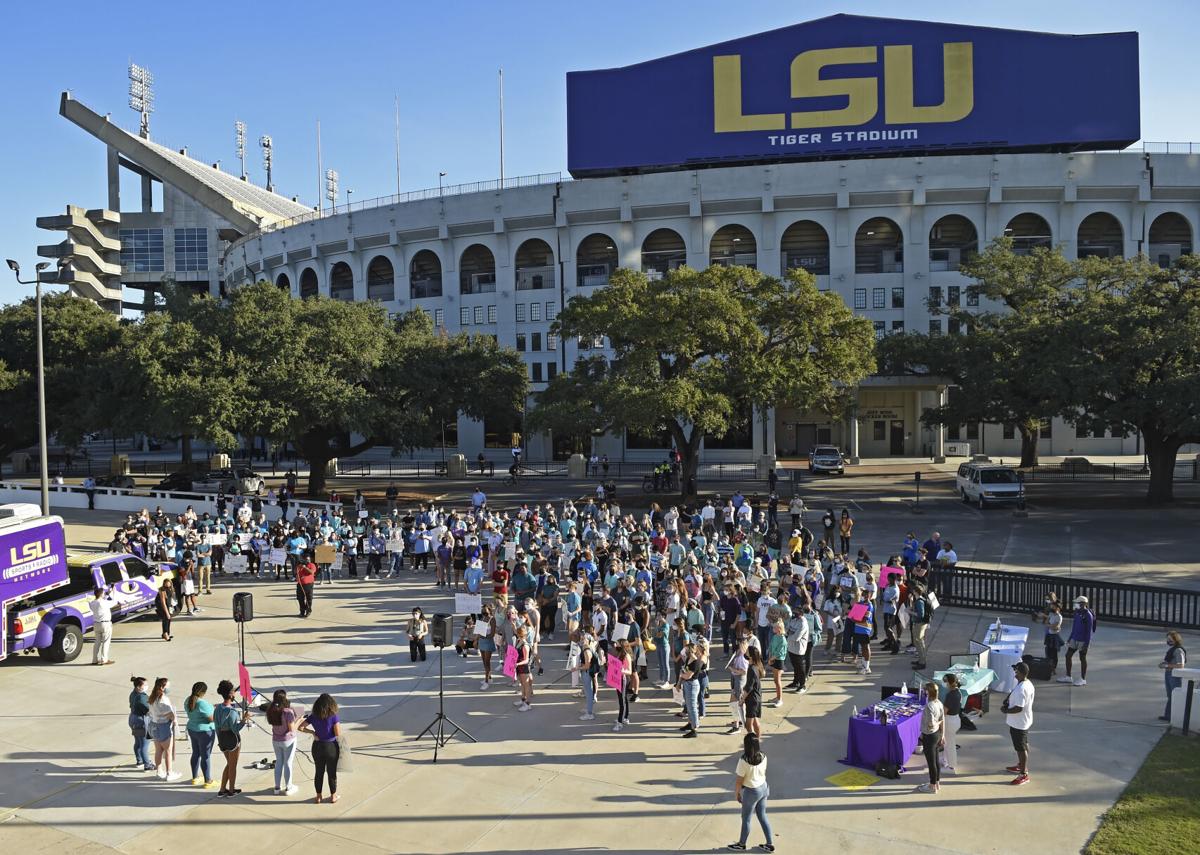 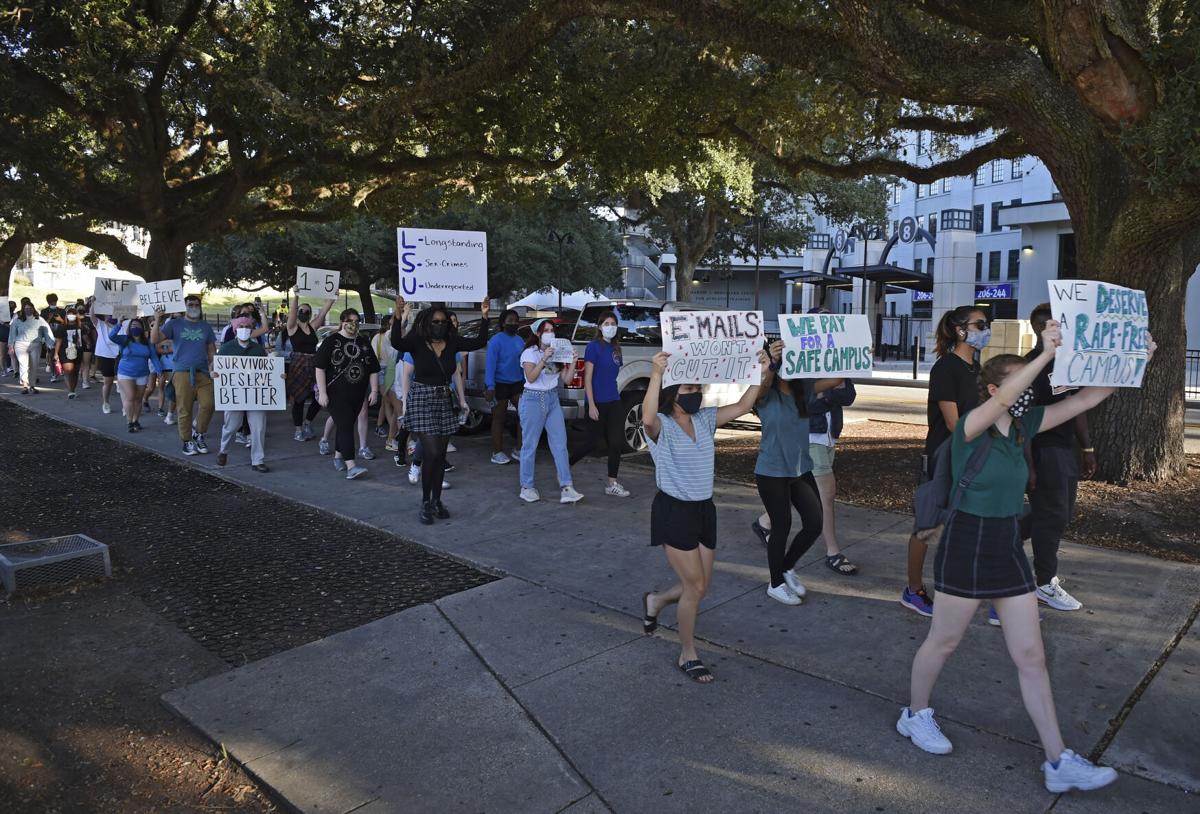 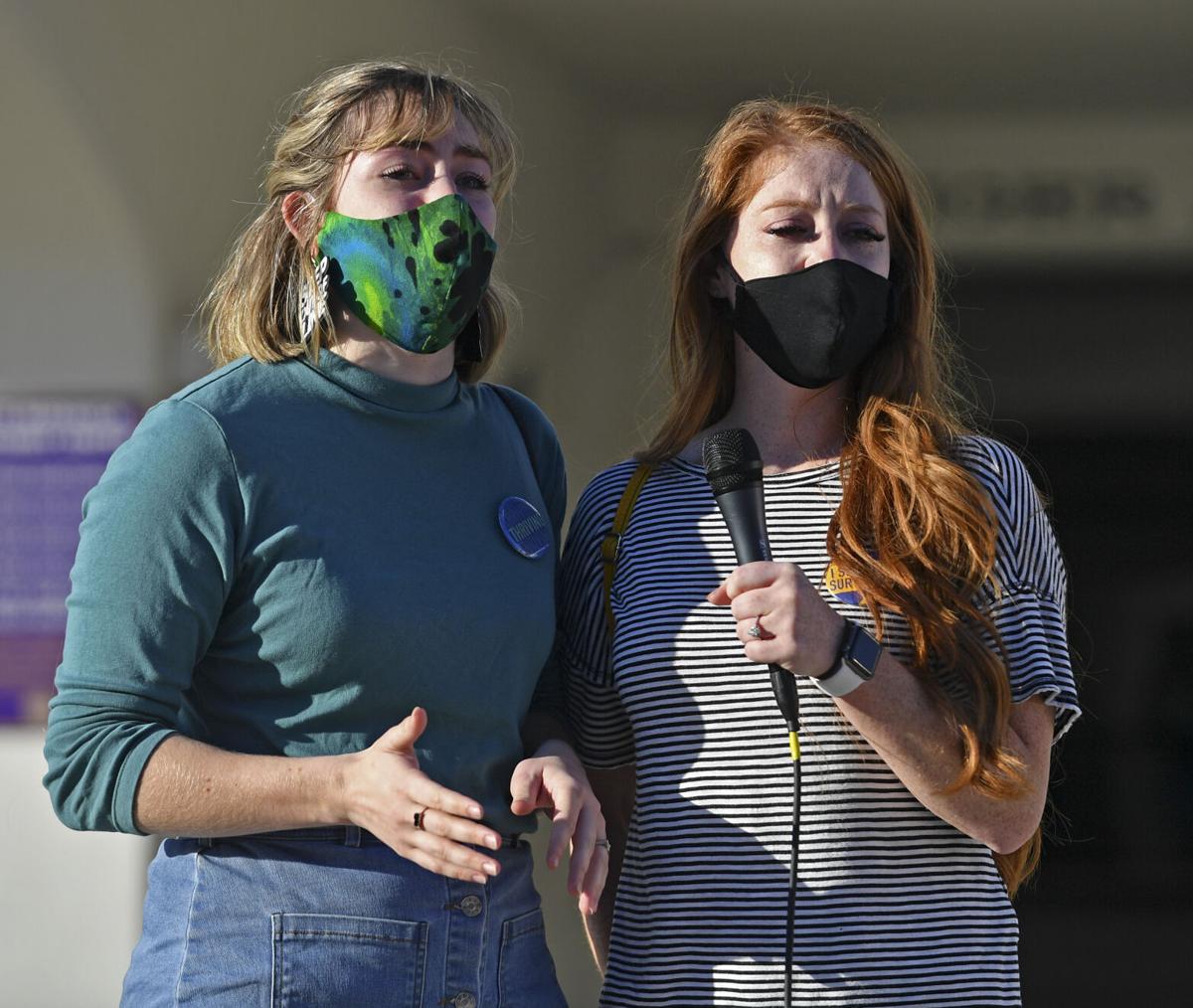 After months of questions of how LSU has handled allegations of sexual misconduct — in cases that now stretch all the way up to former head football coach Les Miles — some key answers could finally be coming soon.

The report from Husch Blackwell, the law firm that LSU hired to probe the allegations, is expected to be released by the end of the week. Since November, the firm has been reviewing cases of sexual misconduct and domestic violence on campus that stretch back several years.

Its report is expected to finally shed light on what actions LSU officials took when they received allegations of sexual misconduct and domestic violence that involved coaches, football players and nonathlete students alike. Cases involving Miles, former LSU running back Derrius Guice and former LSU wide receiver Drake Davis have all been probed as part of the review.

“There were people intentionally and maliciously covering this up,” said Samantha Brennan, a former LSU student who accused Guice of taking and sharing a partially nude photo of her in 2016 without her permission. Brennan filed a police report, but declined to pursue a criminal case against Guice and left LSU shortly afterward.

“Those people need to have some serious consequences.”

Several people interviewed by Husch Blackwell — former LSU students, employees, attorneys and others — have echoed the same sentiment. Many say they hope the report will prompt LSU to finally take action against officials who have been accused of failing to properly investigate or report allegations of sexual misconduct and domestic abuse.

And they’ve reported feeling comfortable talking to the firm’s attorneys, saying they seemed to care about doing the right thing. LSU agreed to pay the firm up to $100,000 for the review. LSU Vice President for Strategic Communications Jim Sabourin said they "look forward to receiving the report and remain committed to taking whatever actions are necessary to ensure LSU is a safe place for everyone."

“I’m pretty hopeful that they’ll actually expose some stuff,” said a former LSU tennis player who has accused Guice of raping her in 2016 and has a lawsuit pending against the NCAA. She has not publicly shared her identity. “I just want to see some sort of change or some sort of consequences for the people involved.”

An attorney for Guice did not return a message for this story, but he has previously denied that Guice attacked anyone during his time at LSU.

The court cases against those who were accused of abuse or harassment have largely played out already. Davis, for example, pleaded guilty in 2019 to counts of battery and violating a protective order in a case involving his former girlfriend at LSU. Guice was arrested on domestic violence charges last year in Virginia in a case unrelated to LSU. The most serious of those charges have been dropped, but he still faces misdemeanors.

And Miles was the subject of a secret sexual harassment investigation at LSU in 2013, though he apparently went undisciplined for it. Shortly before then, he entered a settlement with a student who he was accused of harassing, sources confirmed to this newspaper. USA Today has also reported that an investigation from the law firm Taylor Porter probed whether he sexually harassed students and made sexist comments about women. The investigation found his actions improper, but did not rise to the level of breaking the law, the newspaper reported.

Miles, Guice and Davis are all gone from campus. But a plethora of LSU employees remain who are alleged to have received reports about their behavior. It’s the actions of those employees that some of those who complained of abuse hope the Husch Blackwell report will scrutinize.

Consequences for enablers tend to be rare, said University of Utah professor of Law Amos Guiora, who has written books about the issue, including one that chronicles stories from students abused at Michigan State University.

“The perp is, in many ways, not really the story,” said Guiora. “The story is the enabler.”

Many are still waiting for answers about who failed to stop the abuse at LSU. Jade Lewis, a former LSU tennis star, faced increasingly violent attacks from Davis between 2017 and 2018 before he was finally arrested in August 2018. Witnesses told police that Davis broke into her apartment and nearly strangled her two months before his arrest.

But even before then, Davis had texted executive deputy athletic director Verge Ausberry in April 2018 and admitted in the text to hitting Lewis. Ausberry has said he called Davis afterward, Davis recanted the confession and Ausberry did not pursue the matter further.

Ausberry did not return a message for this story. But he is not the only official who has been the subject of questions in the Lewis case.

Orgeron declined to comment for this story through an LSU spokesman, who said Orgeron has "fully cooperated" with the Husch Blackwell investigation and that the final report will reflect interviews with him as well as many others.

When Davis was arrested in 2018, Orgeron would not answer reporters’ questions about it at news conferences. An attorney for Davis did not return a message for this story.

“I hope the internal investigation sheds light on any wrongdoing LSU was part of,” Jade Lewis said, noting that “people were involved who turned a blind eye and didn’t enforce consequences.” She said those failures disrupted and even ruined the lives of young women on campus.

Lewis previously singled out LSU co-tennis coach Julia Sell as part of the problem. Lewis said that four tennis players told Sell between 2017 and 2018 that Lewis was being abused, but Sell did not act on it, and even instructed tennis players to stay away from her during Davis’ criminal case.

The tennis player who accused Guice of rape also said she’s hoping to see Sell face consequences. The player said she approached Sell in early 2016 because she was struggling with abusing alcohol and drugs but said Sell provided “little to no guidance.”

She said that Guice raped her in the summer of that year. And then in 2017, she went to rehab. That’s when she said she began to process what happened to her, causing her to start to open up about Guice. LSU agreed to pay for her rehab at that point, she said, but university officials did not appear to follow up on the Guice allegations, though he was still an LSU student and a star on the football team.

“I think it would be insane if they’re not fired,” she said.

Sell did not return a message for this story. She and her husband, who coaches the tennis team with her, released a statement on social media last fall saying that “such allegations were never disclosed to us,” but they have since taken the statement down from public view.

Brennan said she looks back at her case differently now. She reported her complaint about Guice sharing the nude photo of her to associate athletic director Sharon Lewis.

Lewis, who has no relation to Jade Lewis, was the subject of a 2018 investigation that revealed she had violated LSU’s Title IX policies, USA Today reported late last year. Title IX is the federal law that prohibits discrimination based on gender. The investigation determined that Sharon Lewis had failed to properly report and act on another student’s allegation that Davis had abused her, USA Today said.

Lewis kept her job, despite the report. Her attorney, Maria Finley, told this newspaper that was because the Title IX investigation was not credible. Finley said Lewis is hopeful that “the truth comes out” in the Husch Blackwell report.

“That is really it,” Finley said.

But Brennan wonders how things might have gone had she reported to someone other than Lewis.

“They made it seem like they were helping me, but they kept it in-house,” Brennan said. “It was very calculated and I don’t think very sincere. Now, looking back, there’s so many little things that I think about and wonder.”