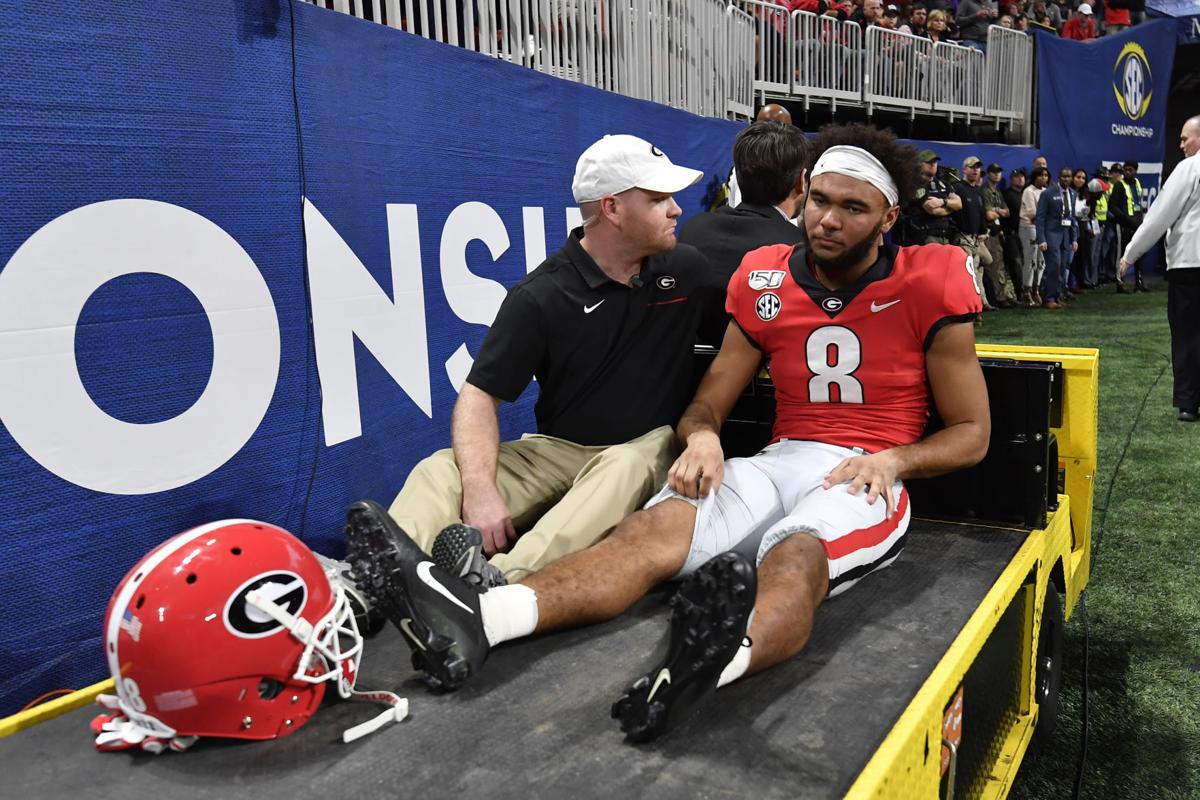 Georgia wide receiver Dominick Blaylock (8) is taken out of the game due to injury against LSU during the first half of the Southeastern Conference championship NCAA college football game, Saturday, Dec. 7, 2019, in Atlanta. (AP Photo/John Amis) 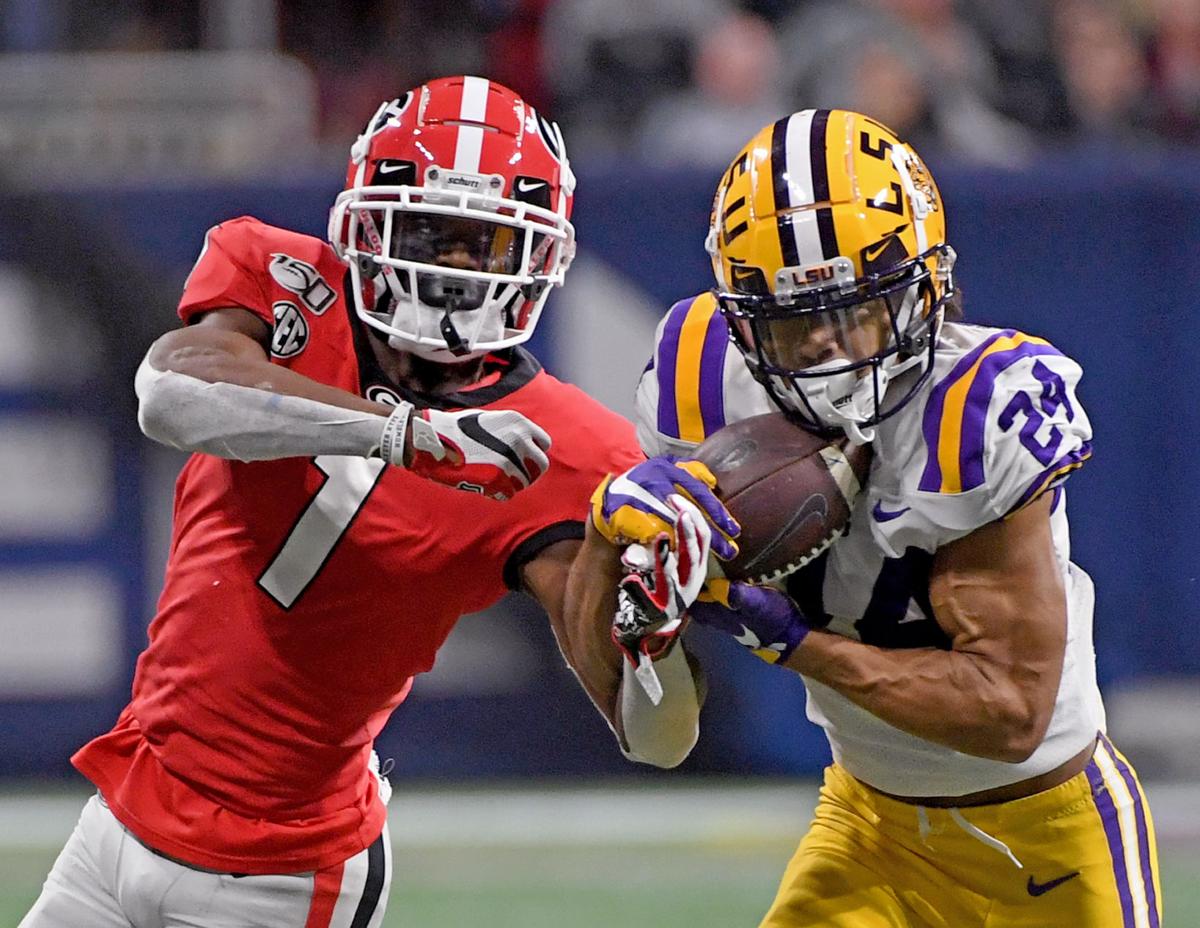 Kirby Smart wouldn't blame injuries for his team's lack of offense in another SEC Championship loss. It was a lot more than just the injuries.

The Bulldogs went into the game without its top wide receiver, George Pickens, in the first half due to a suspension stemming from a fight in last week's game. Their No. 2 wideout, Lawrence Cager, was out due to multiple injuries.

Then the game started and the situation worsened on the road to a 37-10 loss to LSU (13-0). The No. 3 wide receiver in yardage on the season for Georgia (11-2), Dominick Blaylock, went down grasping his knee after converting a third down in the second quarter.

ATLANTA — Two truths emerged when Joe Burrow turned on his heels Saturday, a defender sliding harmlessly past in the backfield.

The result was a 10-point effort in four quarters and Georgia coaches and players wondering what might have been with a roster stocked with its normal allotment of weapons.

"If we had really good wideouts, we're more explosive," Kirby Smart said after his team's second loss in a conference title game in as many seasons.

"I don't know. One is on the bench in the first half, one is in a wheelchair, and two or three are in the NFL that came out early. That's just tough."

Smart didn't specify the injured receiver he was referring to, but it was likely Blaylock. He's contributed 310 yards and five touchdowns on the year, his lone catch Saturday going for 11 yards.

The LSU Tigers have done it -- they're champions of the Southeastern Conference!

The receivers lost to the NFL early were Mecole Hardman (Kansas City Chiefs) and Riley Ridley (Chicago Bears), who opted to forego their final seasons to turn pro. The team was also without lightly used wide receiver Kearis Jackson due to an injury in the game. By the time Pickens returned in the second half, his four catches for 54 yards and a touchdown was nowhere near enough to turn the tide.

Georgia quarterback Jake Fromm needed 42 pass attempts to reach his total of 225 yards and a touchdown, along with two interceptions into the arms of LSU freshman Derek Stingley.

The 27-point margin was tied for the 4th-highest ever in an SEC Championship game, which dates back to 1993.

The 27-point margin of victory for #LSU over Georgia is tied for 4th-largest in #SECChampionship's 28-year history.

The junior quarterback with NFL draft potential wouldn't shift the blame to drops, injuries or departures following a season in which he logged just 2,610 yards and 22 touchdowns, the lowest totals in any of his years as the Bulldogs' starter.

But Georgia's injuries were not limited to the offense. Players went down early and often, including an injury on the opening kickoff of the second half that led to cornerback Tyrique Stevenson being carted off with a look of extreme pain on his face. LSU fullback Tory Carter was ejected for targeting on the play, after a review.

"For us, it's always about fighting," Fromm said. "Stuff happens in football, that's part of the game. There's a lot of ups and downs especially in big games like this. You just have to weather the storm at times."

Joe Burrow has no equal in SEC history -- at least not in the areas that count most on the scoreboard.