LSU head football coach Ed Orgeron has sent in a letter to the Senate Select Committee on Women and Children in lieu of testimony for their Thursday hearing on LSU's recent handling of of sexual misconduct cases.

Orgeron is one of 10 people that have been summoned to testify in response to the recent testimony of Gloria Scott, a Mercedes-Benz Superdome security employee, who said she was sexually harassed by then-star running back Derrius Guice in 2017. He opted to send his statement to the committee ahead of time rather than take part in a live testimony.

The letter, released Tuesday afternoon, details a phone call Orgeron had in December 2017 with an unidentified man who claimed to represent Scott.

You can read Orgeron's full statement below. 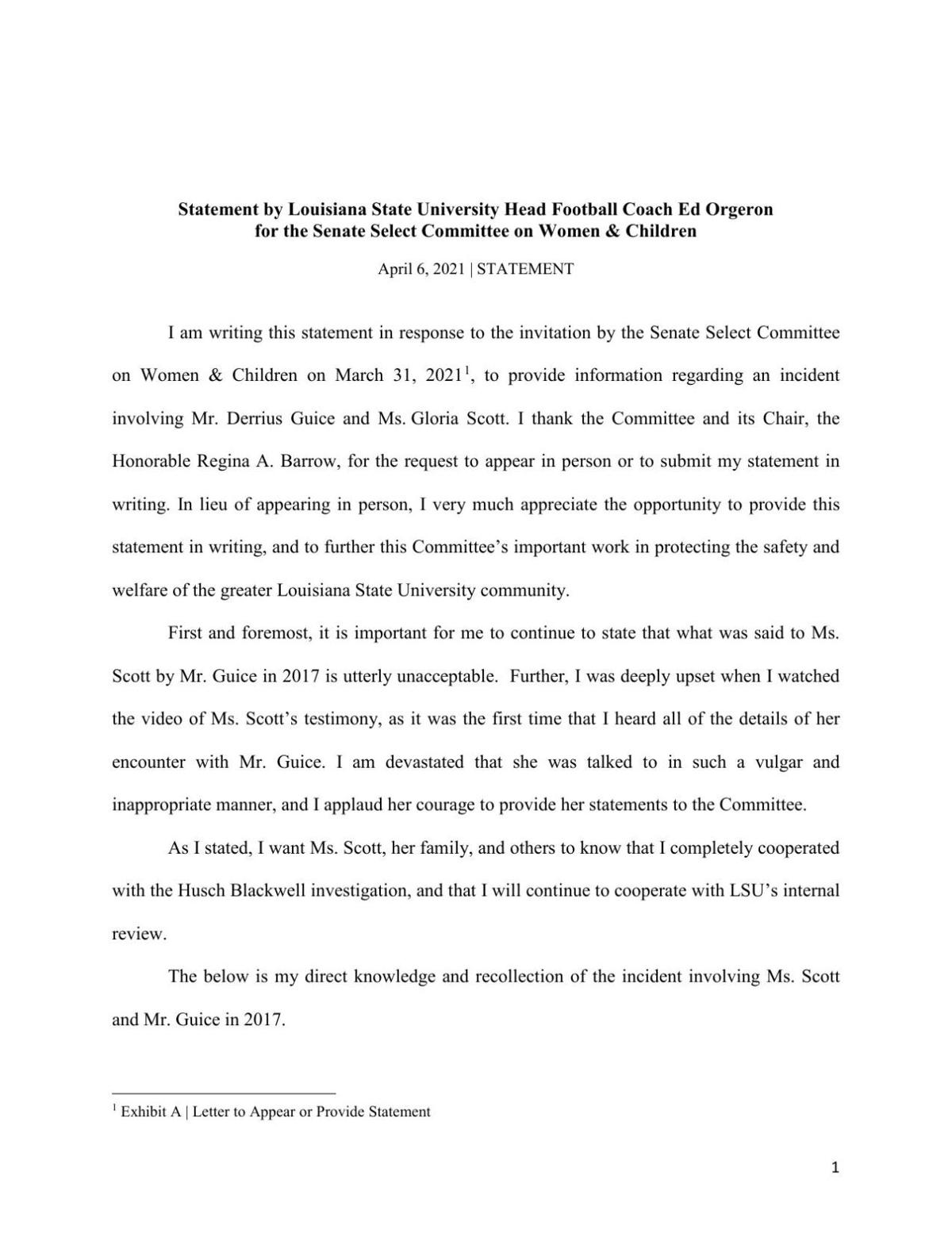