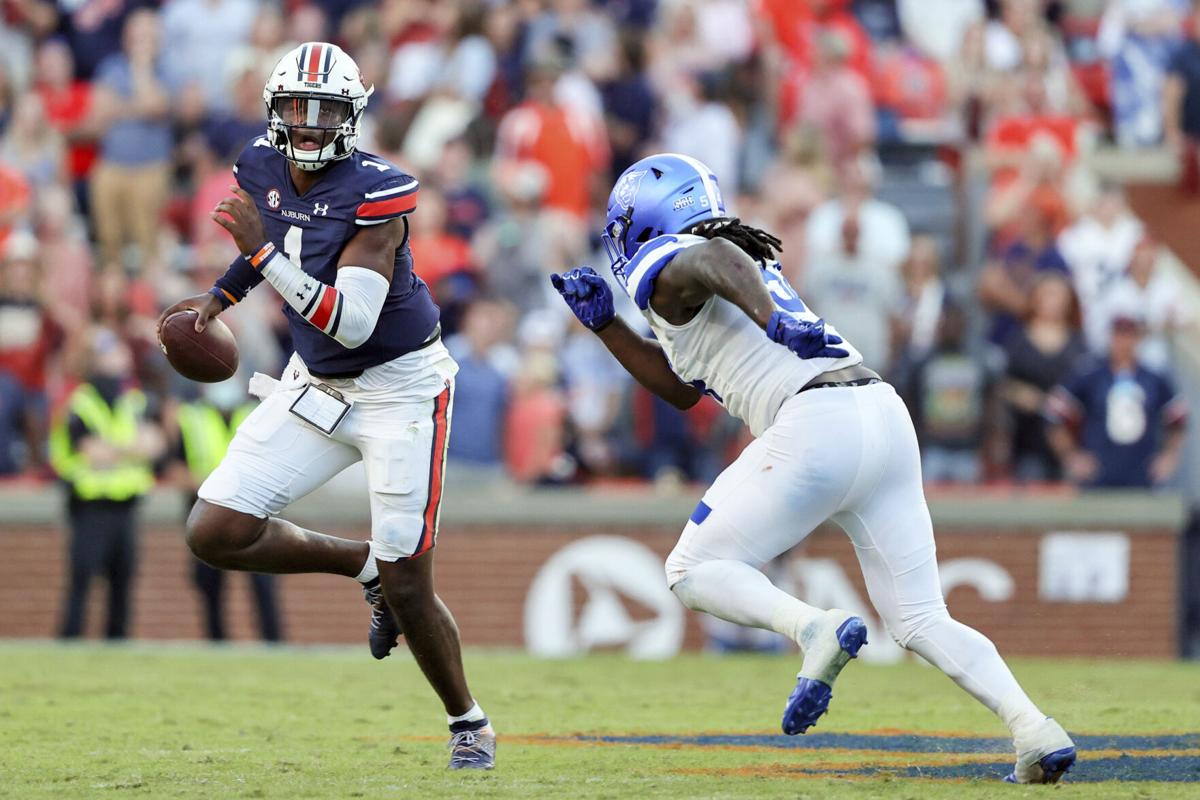 Auburn quarterback T.J. Finley, a former LSU player, scrambles away from Georgia State defensive end Tre Moore during the second half Saturday, Sept. 25, 2021, in Auburn, Ala. 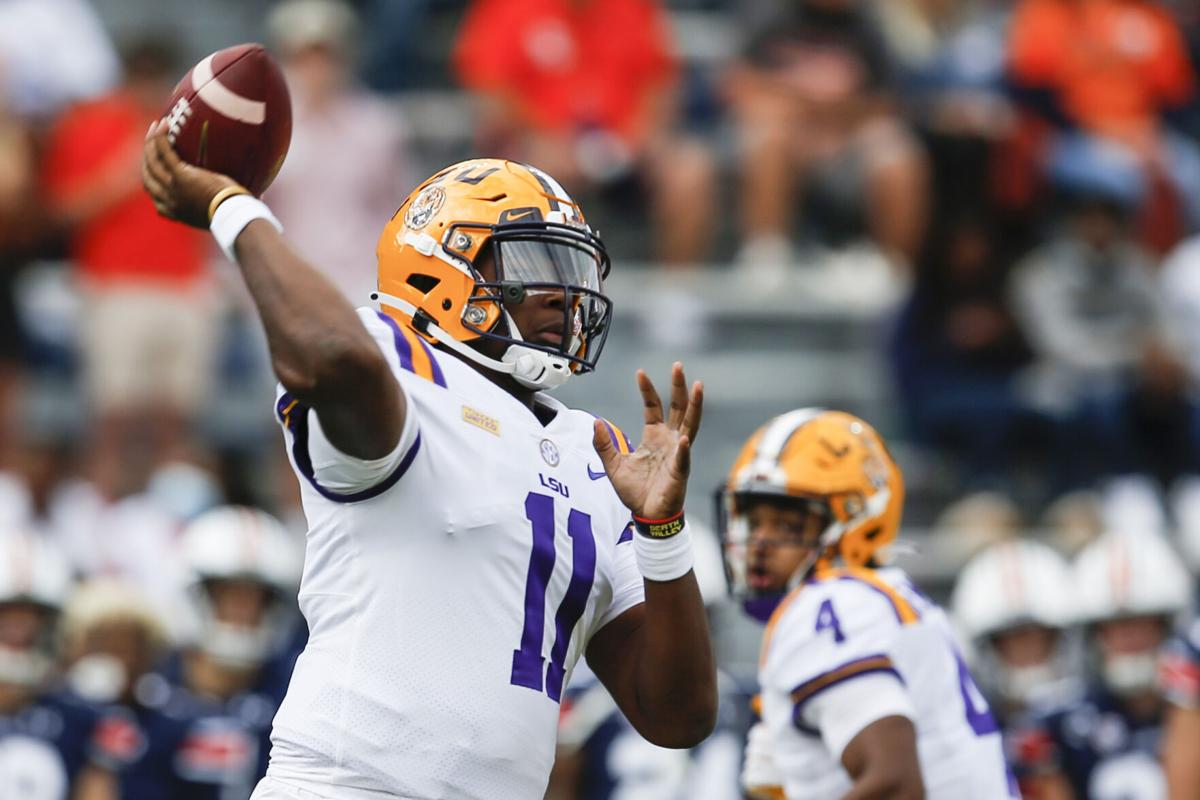 Former LSU quarterback TJ Finley throws a pass against Auburn on Saturday, Oct. 31, 2020, in Auburn, Ala. 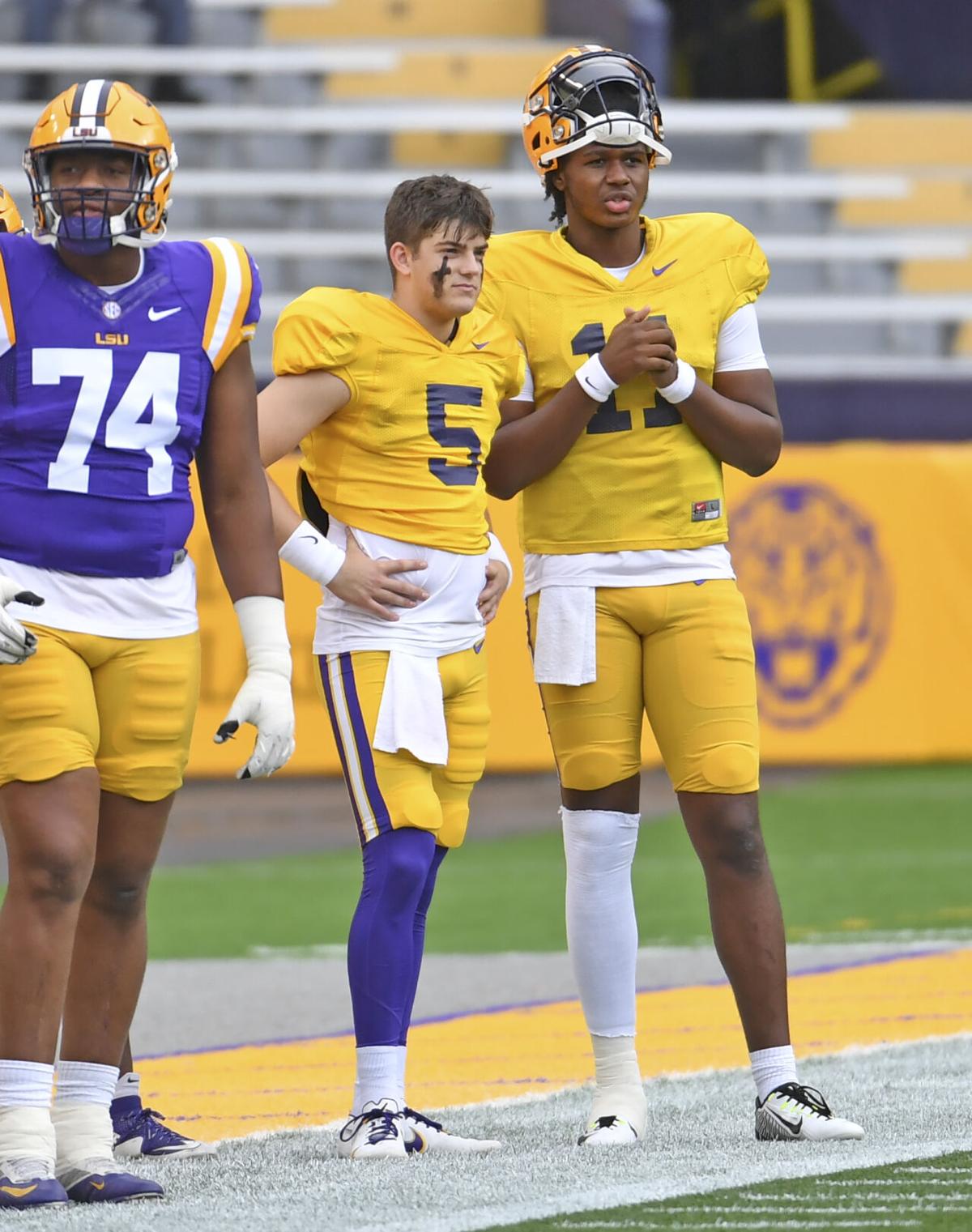 Auburn quarterback T.J. Finley, a former LSU player, scrambles away from Georgia State defensive end Tre Moore during the second half Saturday, Sept. 25, 2021, in Auburn, Ala.

Former LSU quarterback TJ Finley throws a pass against Auburn on Saturday, Oct. 31, 2020, in Auburn, Ala.

Hank Tierney fully expected Auburn to put starter Bo Nix back in when the Tigers got the ball at their 2-yard line with 3:13 left Saturday, flirting with the disaster of a shocking upset loss to Georgia State, down five points.

Two minutes, 38 seconds later, Auburn had a new hero, as Finley led his new Tigers to the go-ahead points in a 34-24 victory after a late pick six.

Facing fourth-and-9 at the Georgia State 10, Finley spun away from the pressure of two blitzing Panthers coming up the middle. He steadied himself with the ball in his right hand coming perilously close to the ground. Then he stepped up in the pocket and threw a touchdown pass to Shedrick Jackson with 45 seconds remaining before adding a 2-point pass to Kobe Hudson.

“I just tried to make something happen with my feet,” Finley said Wednesday on “After Further Review” on WNXX-FM. “I tried to roll out left but there was too much pressure, so I came back, kept my balance and Shedrick Jackson did an amazing job coming open for me in the back of the end zone.”

Any Auburn fans' anger over nearly losing to lowly Georgia State has been drowned out, at least from this distance, by the questions (controversy?) over which quarterback starts Saturday at LSU (8 p.m., ESPN).

As of Wednesday, first-year coach Bryan Harsin still wasn’t telling whether he’d go back to Nix, a 28-game starter, or roll with Finley. He started all five games he played for LSU last year, replacing Myles Brennan after he suffered a season-ending abdominal injury Week 3 at Missouri.

“It’s an interesting scenario,” Tierney said with a chuckle.

If Finley even plays a significant reserve role against LSU, he would likely be the first former Tiger quarterback to try to beat his old team since Rick Clausen came off the bench in 2005 and led Tennessee to a 30-27 overtime victory in that infamous Hurricane Rita game.

“It’s an amazing experience to be able to go through this week,” Finley said. “I get to come back to my hometown. Whether I’m the starter or the backup, I look forward to being in Tiger Stadium with 100,000 strong. It’s a night game in Baton Rouge, so you know how crazy that gets. I can’t wait to be in that atmosphere and be on the sideline with my guys.”

If LSU wins, it would “prove” to some LSU fans that Finley was never up to starting ahead of the again-injured Brennan or Max Johnson. If Finley were to win, the criticism of Ed Orgeron letting him slip away would be relentless.

“Someone,” Tierney said, “is getting blasted.”

Either scenario is unfair.

It was painful for Finley to transfer in May after finishing behind Brennan and Johnson in spring practice. Tierney said new offensive coordinator Jake Peetz tried to convince Finley to stay.

“I spoke to Peetz maybe two days before T.J.’s decision,” said Tierney, a long-time friend of Orgeron’s. “He called me to say he didn’t want T.J. to leave and that he’d be in the mix. He finished the spring a little behind the other guys, but he had a chance to make it up in the fall.

“T.J. felt coach Peetz was sincere. He ultimately felt the best chance for playing time was at Auburn. He left with no anger. He got to play for LSU as a true freshman and won a couple of games. Every kid who plays football in Louisiana dreams of that.”

Orgeron spoke Monday of his meeting with a tearful Finley before he left.

“He didn’t want to leave,” Coach O said. “LSU meant a lot to him. I knew that. But it was a decision that was made that he felt was best for him, so he left.

Jontre Kirklin and Soni Fonua, both fifth-year seniors, had missed the last four games because of academic issues.

“We wish him the best; obviously not against us, but hey, T.J. is always going to be part of our family. He’s from Ponchatoula. He’s got a great family. After the game, we’re going to shake hands.”

Finley’s departure is not that different from the scenario that led Joe Burrow to LSU from Ohio State. Burrow quarterbacked LSU to a national championship in 2019 and won the Heisman Trophy in the biggest landslide ever. But did Ohio State make a mistake by not picking Burrow to start over Dwayne Haskins, himself a 2018 Heisman finalist who left Columbus with a fistful of Big Ten passing records?

Quarterbacks grow and change, honing their talents or hitting a plateau. Finley, who always possessed a rocket-launcher right arm, has slimmed down and become more mobile at Auburn. He grew into the position he’s in, expected by some Auburn observers even before Saturday to inevitably replace Nix.

“My son’s a quarterback,” Orgeron said. “I understand. Only one can play. It’s tough.

"It’s something I don’t want to happen. But you know what, in the end when they decide to go you have to take the high road and you have to wish them the very best and move forward from it.”

Moving forward will be easier for both sides with a win Saturday night. Hero and villain status may await.