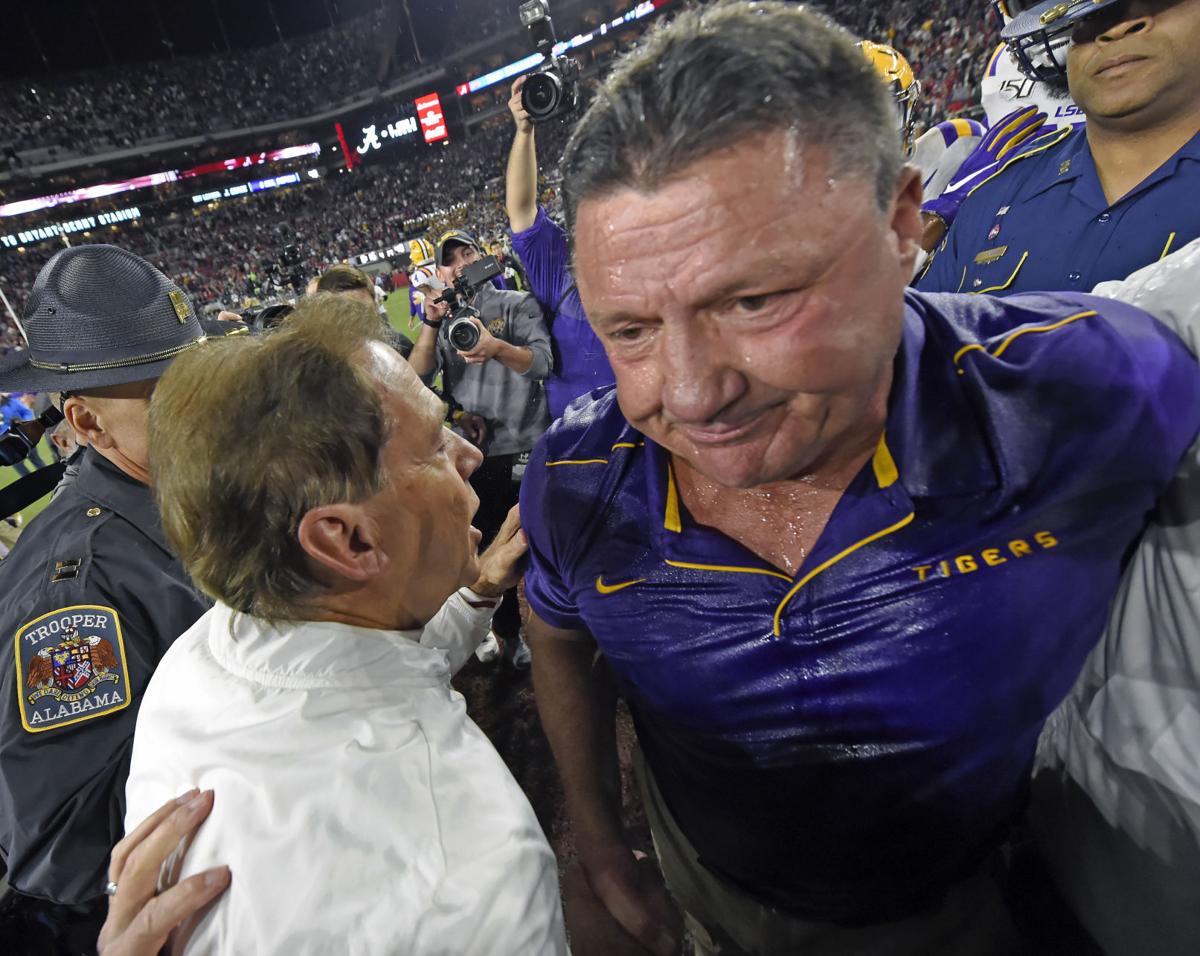 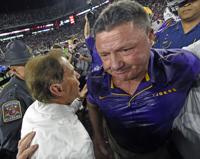 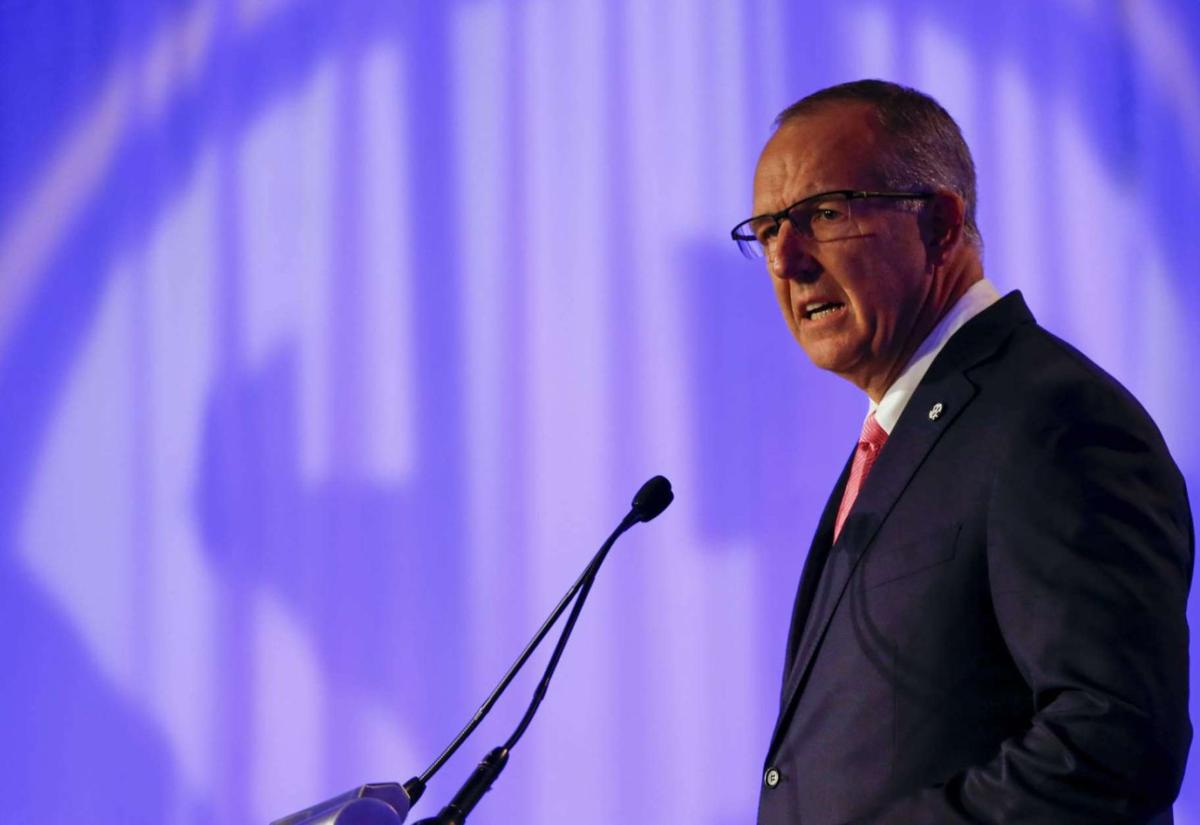 Southeastern Conference Commissioner Greg Sankey said Saturday that the LSU-Alabama game could still be played by shuffling the remaining schedule for the Tigers and Crimson Tide as well as some of the teams they would play.

Sankey did not confirm reports that the game would be rescheduled for Dec. 5. Currently, LSU is set to host Ole Miss on that date, while Alabama plays at Arkansas.

Why rescheduling LSU-Alabama will be difficult -- and might not happen

LSU and Alabama won't play football this weekend after a coronavirus outbreak on the Tigers football team. The big question now is: will they …

The Tigers and Crimson Tide were to play Saturday in Tiger Stadium, but the game was scrapped because of a coronavirus outbreak within the LSU program.

“The short answer is yes,” Sankey said on CBS when asked if the game could be played. “We have not placed a date. We are looking first to see the results of today’s games which have an impact on championship qualification.”

Sankey said the Nov. 21 schedule is set to be played as planned. LSU is set to go to Arkansas for an 11 a.m. kickoff on ESPN or the SEC Network.

LSU's football season has been lackluster, but the recruiting — it's 'hot'

As Sage Ryan approached his commitment date, Alabama pushed for the No. 1 safety in the country. Ryan, a five-star recruit from Lafayette Chri…

“We’ll have to adapt if circumstances change,” Sankey said. “We’ve let our programs know as we go later into the season there will be some reshuffling of games as originally planned so that we can accommodate games that have been postponed, including the Alabama-LSU game.”

On another topic, Sankey said the College Football Playoff management committee had a conversation a few weeks ago about expanding the playoff field from its current four teams. He said that won’t happen given the current uncertainties of the coronavirus pandemic.

“The reality is adding more in this environment simply decreases the likelihood of accomplishing the ultimate goal, which is to name a champion,” Sankey said.

Rabalais: LSU-Alabama should be played, not canceled. Here's one way to make it happen.

Most SEC football coaches and commissioner Greg Sankey identified contact tracing as a key factor in the league's postponement of games this weekend.

What about Arkansas? LSU's Ed Orgeron says players in quarantine should be back next week

LSU expects most of its quarantined football players to return to practice early this week, coach Ed Orgeron said, putting the Tigers on track…