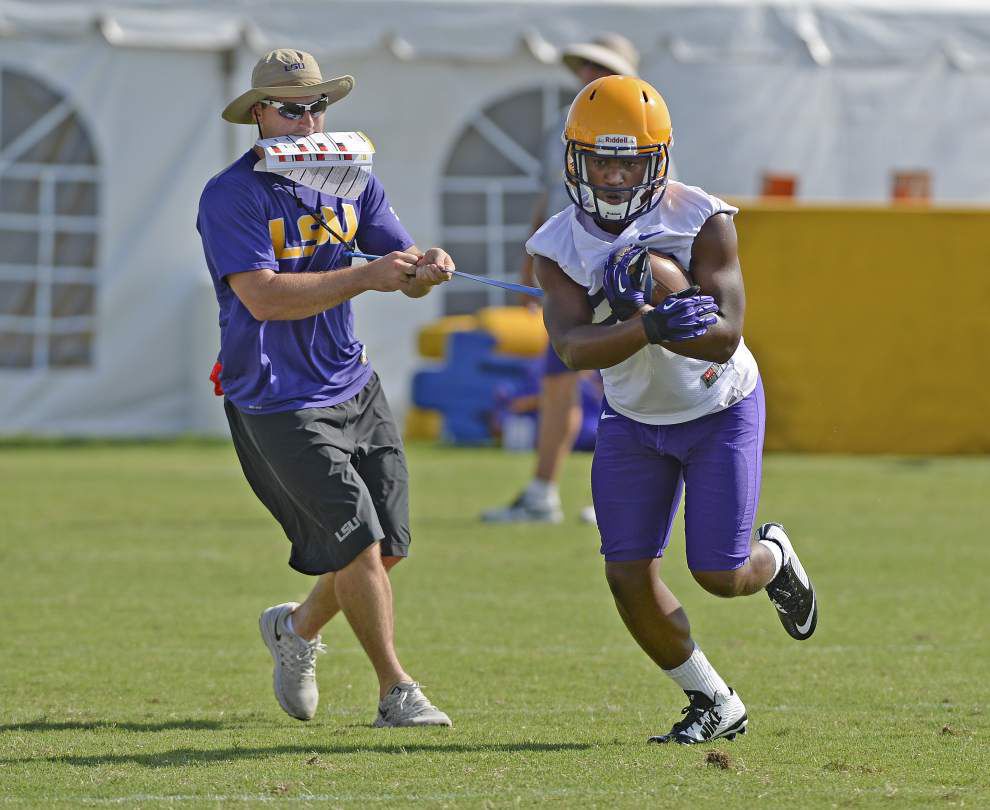 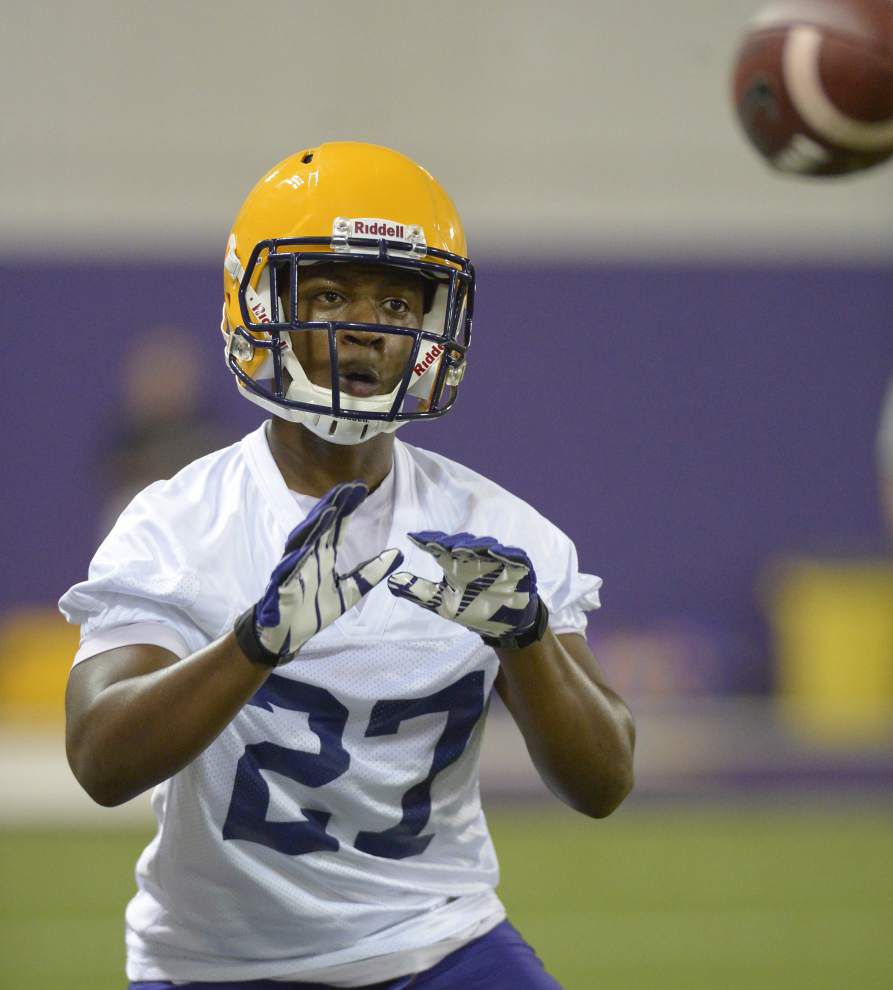 There were no cheering fans, no cups being hurled from the student section, no Golden Band from Tigerland roaring out “Tiger Rag” or “Fight for LSU.”

The moment lacked the fanfare that usually accompanies those like it, but it was still a special one for Lanard Fournette. The freshman running back — perhaps best known for being the younger brother of LSU’s star player, Leonard Fournette — made a play of his own last Saturday night in Tiger Stadium.

Lanard scored a touchdown in the Tigers’ first scrimmage of fall camp, which was closed to the media and public.

“It was my first touchdown, so I was kind of excited, even though they didn’t have too many people there,” Lanard said at media day on Sunday. “I was just imagining the crowd.”

Lanard may not get a chance to replicate his scoring effort in front of a packed house this season. Playing time will likely be scarce for the three-star prospect, who finds himself in a talented backfield behind Leonard, sophomore Darrel Williams and highly ranked freshmen Nick Brossette and Derrius Guice.

Besides competing for touches, Lanard also lives in a 6-foot-1, 230-pound shadow cast by his Heisman Trophy-contending brother. Lanard doesn’t see it that way.

“It’s not as bad as everybody makes it seem,” Lanard said. “It’s not that bad to me, even though people have their opinions about everything. Nothing’s wrong with it. I’m just being the best me I can be.”

Lanard strives to be himself, but he gets by with a little help from his brother, who he called his “No. 1 supporter.” He said Leonard is sometimes hard on him, but big bro’s advice always remains the same — stay humble and be patient.

“I’m here every step of the way for him,” Leonard said. “I know it’s going to be difficult at times because it was difficult for me. When I didn’t play in a game, sometimes I just wanted to quit. I know how it is. But he has a brother that has been through it to lead him in the right way instead of quitting and giving up.”

The New Orleans natives learn from each other when they’re on the field together, said assistant director of player personnel Justin Vincent. But, naturally, Leonard does the most teaching.

“Lanard is learning how to be a college football player and how to go about his business professionally because that’s what Leonard does,” Vincent said. “Lanard is quieter and doesn’t speak that much, but he does a lot with his play.”

They literally shared the field at St. Augustine High School, sometimes lining up side-by-side in a split-back formation. Lanard accumulated 460 total yards and six total touchdowns during his junior season while Leonard, a senior at the time, torched and bullied defenders on the way to his second Louisiana Gatorade Player of the Year Award.

Injuries limited Lanard to only 141 rushing yards his senior year, and major recruiting sites ranked him as a three-star recruit. Though the Tigers lightly recruited him, he said he ultimately picked LSU because “it felt like home” and he wanted to stay close to his family.

Lanard said his brother’s decision to attend LSU wasn’t a big factor in his decision, but he hinted they discussed playing in college together.

“I can’t say we didn’t (talk about it),” he said. “We talked about being in the backfield together. It was somewhat of a plan.”

Everything went according to plan, and the Fournettes are roommates this fall.

Off the field, their relationship is like those between most brothers. They spend their free time together playing video games and talking about life. And, of course, engaging in the occasional wrestling match. Leonard outweighs his younger brother by more than 40 pounds, but Lanard said he frequently gets the better of him.

He knows the best way to bring down a big running back is to hit him low.

“The weak spot for every man is a little under the waist, you know what I’m saying?” Lanard said laughing. “I always get him right there.”

Despite his triumphs, LSU fans see Lanard as just the little brother of the program’s superstar. But to Leonard, he’s “Scrill,” a nickname their grandmother gave him long ago.

“It’s not even a word,” said the younger Fournette. “But I like it because it’s different.” Different, just like Lanard.