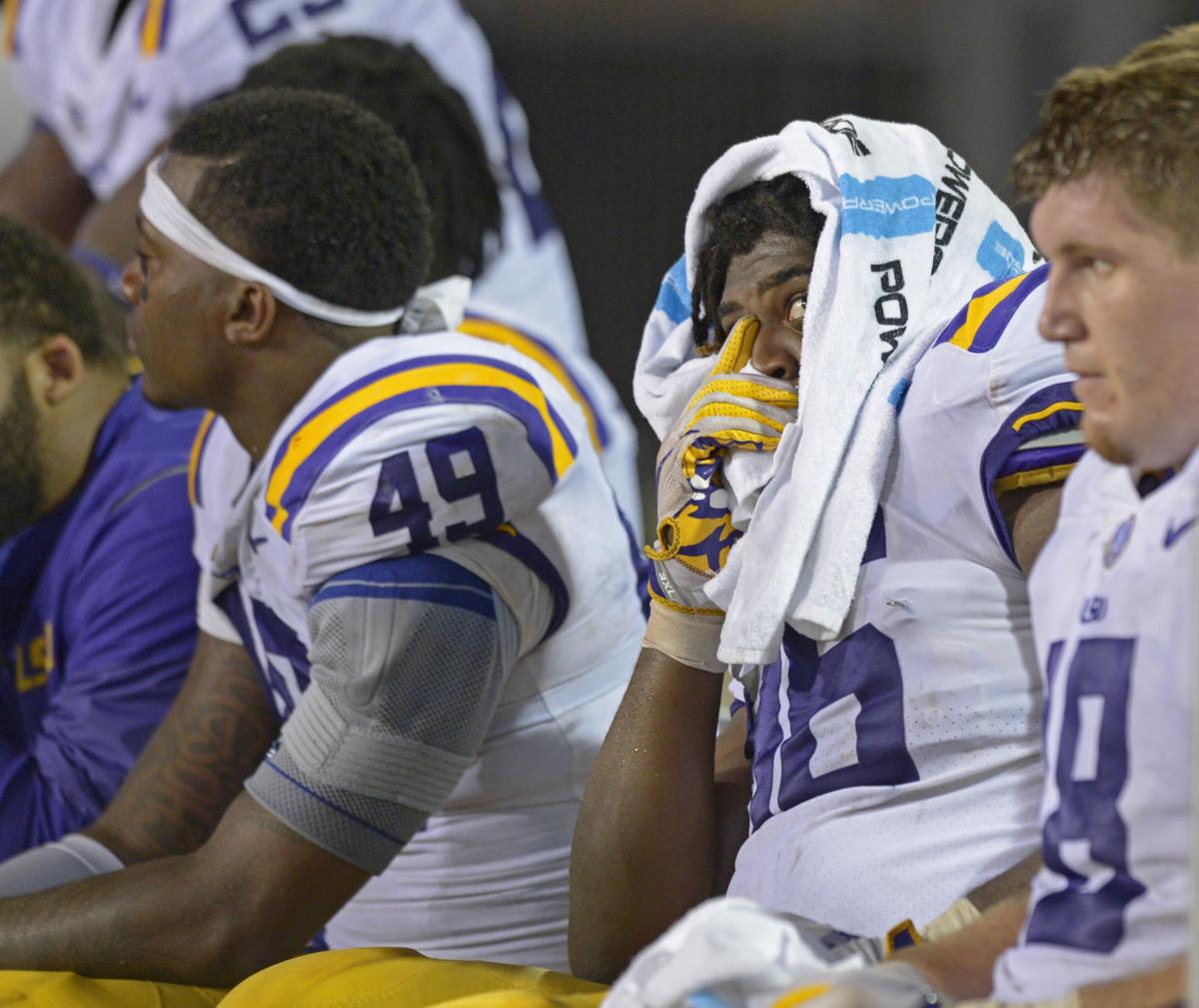 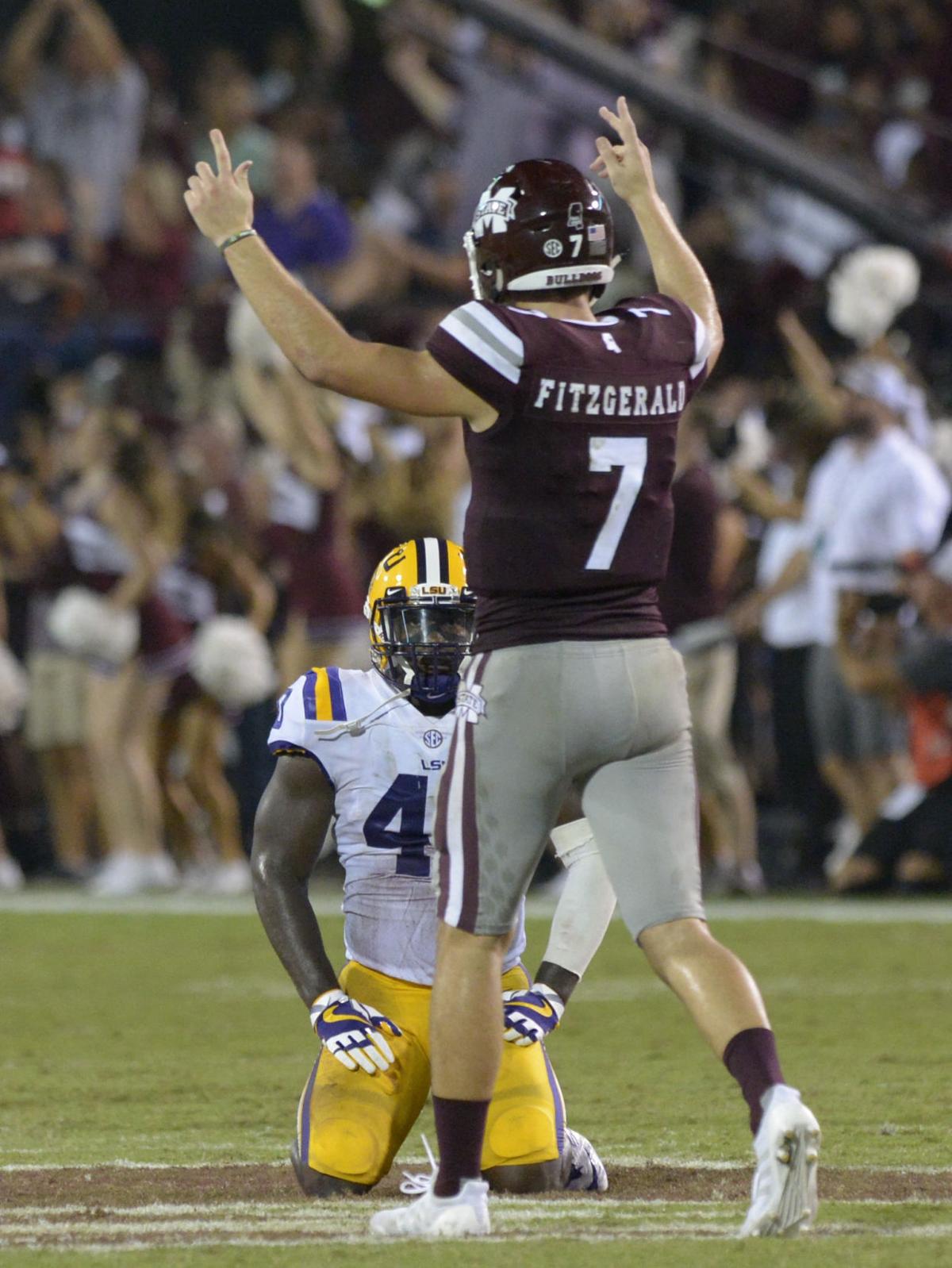 LSU players repeat the mantra: Next man up.

It’s as common around the program as coach Ed Orgeron’s slogan: “One team; one heartbeat.”

Someone gets injured? “Next man up,” players say.

A starter is lost because of suspension? “Next man up,” they say.

At one point Saturday, the Tigers were dangerously close to not having a next man on the defensive line.

LSU exits its 37-7 loss to Mississippi State with a bigger problem than that score, the worst defeat to the Bulldogs in the series history. Orgeron’s baby — that defensive line — is in a precarious situation with its depth, and the Tigers are just one-fourth of the way through the season.

For most of the second half of Saturday’s blowout in Starkville, LSU was down to four defensive linemen for their three interior positions: both defensive end spots and nose tackle. They head into this weekend’s duel against Syracuse with so many questions about a group incredibly low on numbers because of presumed suspensions and injuries.

Orgeron said after Saturday’s game that he’s unsure if sophomore defensive end Rashard Lawrence will return this week. Lawrence, who Orgeron calls LSU’s most consistent lineman, sat out Saturday’s game while recovering from an ankle injury he suffered in the season opener.

Nose tackle Ed Alexander missed most of the final three quarters of the game after injuring his hand and hamstring during the opening quarter, re-aggravating an injury he sustained last season. Alexander wore a protective club on his right hand for several games last year, playing with a fracture bone in the hand. His status is uncertain.

Freshman defensive end Neil Farrell missed most of the second half Saturday and will miss the first half against Syracuse after being ejected for targeting, and defensive end Frank Herron’s situation remains murky. Herron did not travel with the team to New Orleans for season opener or to Starkville, and he did not dress out for the home opener. Ed Orgeron says he’s not announcing player suspensions or those who are ineligible. He has only addressed Herron's situation as him not being "cleared" to play.

“Very thin,” Orgeron said of the group after Saturday’s loss. “Got some guys not able to play right now, guys injured. Ed Alexander is now injured. I don’t know if Rashard Lawrence is going to be back next week.”

Rabalais: Only embarrassment for LSU in Starkville; can they come back with answers?

Losing by 30 late in the fourth quarter, Orgeron kept on the field LaCouture, a starting end. Why? LSU literally had no other defensive lineman available aside from another starter — Greg Gilmore.

LaCouture and Gilmore played nearly the entire game Saturday, and coaches needed to shuffle positions across the front because of Lawrence’s absence. Gilmore moved from his nose tackle role to defensive end, and Alexander started at nose.

Logan, schooled as a defensive end over the last year, moved to a nose tackle role after Alexander’s injury.

“We always say ‘Next man up,’” LaCouture said. “Things happen. That’s why we practice and do conditioning. Me being a leader and Greg being a leader, we’ve got to get those guys ready to go.”

Fitzgerald threw for 180 yards and ran for 88 more, scoring four touchdowns and averaging 6.3 yards a carry.

“He was better than he was last year, but we knew he was improved,” Orgeron said. “We said that all week. I don’t know if our guys believed what we were saying, but they believe now.”

At times, Fitzgerald had gaping holes in which to run, something that stretches back to eye discipline, inside linebacker Devin White said.

"Discipline with their eyes, not holding their man, not seeing their indicator, the person that takes us to the ball," White said explaining the woes.

STARKVILLE, Miss. — Greg Gilmore is prepared to say it, ready to step into the LSU team room…

LSU’s home game against Syracuse next Saturday will kick off at 6 p.m. and be aired on ESPN2, the network released late Saturday night.

This is the second of a two-game home-and-home series between the two schools. The Tigers beat the Orange 34-24 in New York in 2015. The Orange (2-1) opened this season with a win over CentralConnecticutState before losing, 30-23, to Middle Tennessee. Syracuse beat Central Michigan on Saturday.

The SEC had announced last Monday that the Syracuse-LSU game would air at 6 or 6:30 on either ESPN, ESPN2 or SEC Network.

How We Voted (in the AP poll): LSU slips to 23 and Mississippi State enters at 17

For the fourth year in a row, The Advocate's Ross Dellenger is one of 60 national sports rep…

'People are going to throw stones at you': Beaten and battered, QB Danny Etling and LSU leaders says it's time to rally

His postgame interview session complete, Danny Etling slowly rose from the metal chair in which he sat, grimacing as he stood tall before slow…

LSU coach Ed Orgeron met with the media at 12:30 p.m. Monday to preview the Tigers' Saturday night game against Syracuse and look back at the …