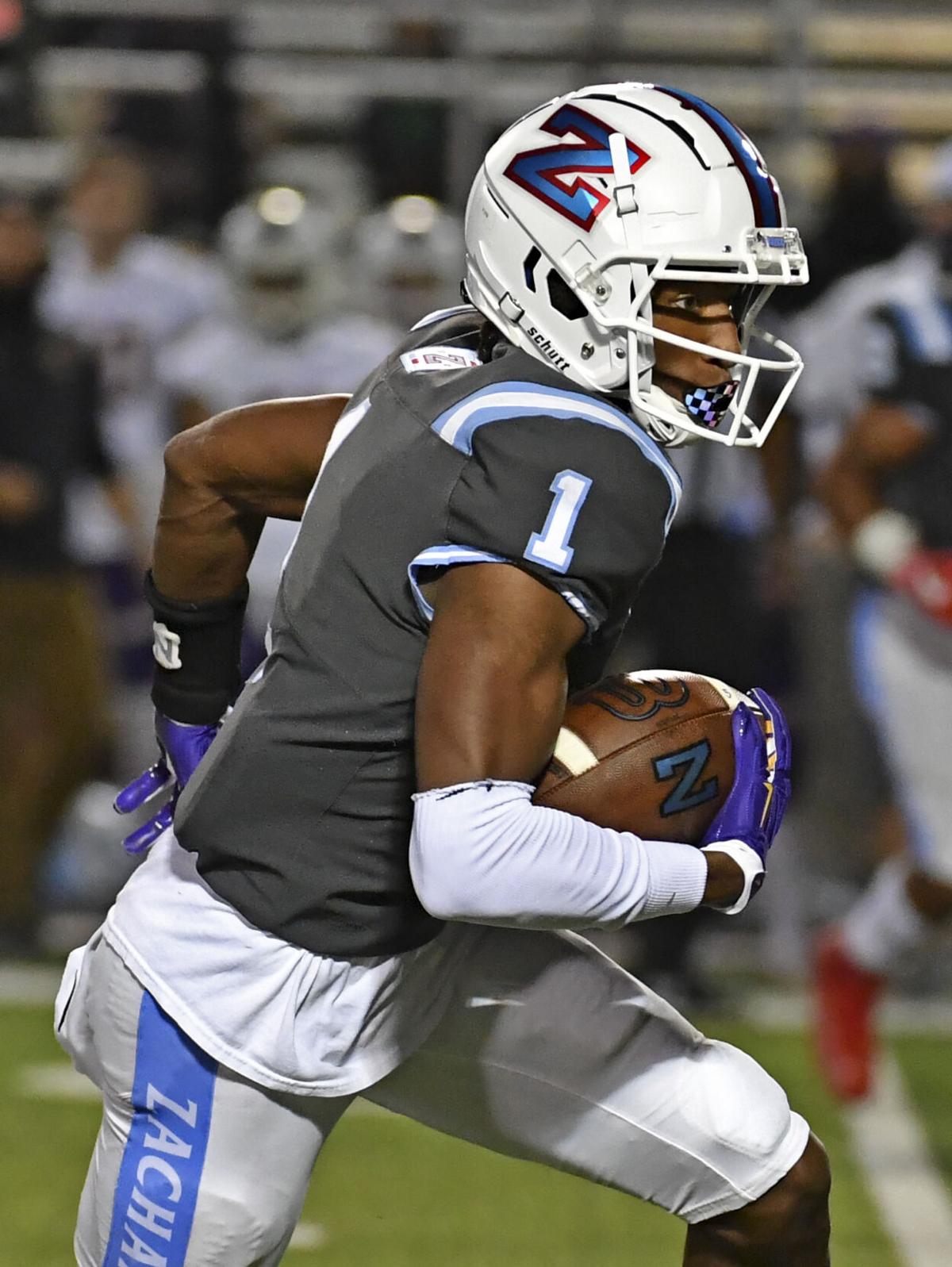 Zachary's Chris Hilton (1) runs the ball against Alexandria in the Class 5A quarterfinal, Friday, December 11, 2020, at Zachary High School in Zachary, La. 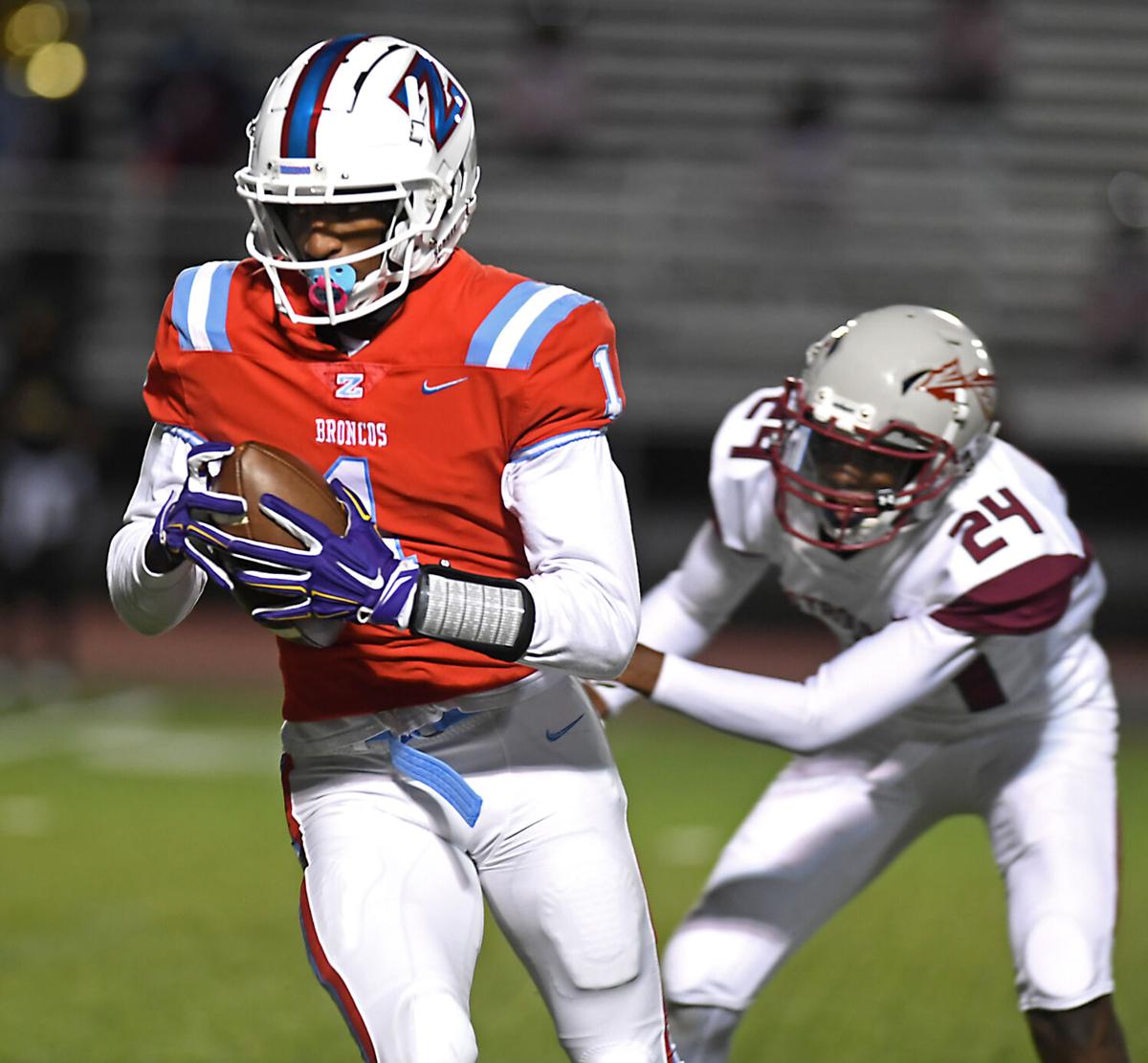 Zachary wide receiver Chris Hilton outruns an Istrouma tackler for a touchdown in the second half of Zachary's 49-0 win over Istrouma Friday in Zachary.

Zachary's Chris Hilton (1) runs the ball against Alexandria in the Class 5A quarterfinal, Friday, December 11, 2020, at Zachary High School in Zachary, La.

Zachary wide receiver Chris Hilton outruns an Istrouma tackler for a touchdown in the second half of Zachary's 49-0 win over Istrouma Friday in Zachary.

The day before Chris Hilton Jr. signed with LSU, he discussed the decision with his parents.

Hilton intended to wait until the traditional signing period in February, especially after recent investigations into LSU’s mishandling of sexual assault allegations. But he felt comfortable with his choice of school.

“If you know where you're going to go,” Hilton recalled his parents saying, “then why not do it now?”

So Hilton signed Wednesday, the first day of the early signing period, during a ceremony at Zachary High. A four-star recruit considered the No. 11 wide receiver in the nation by the 247Sports composite rankings, Hilton joined a handful of wideouts who picked LSU during this cycle.

It's official: Louisiana's top recruit, the nation's No. 18 overall prospect has landed in LSU's 2021 recruiting class.

Hilton came in as the second-highest ranked wide receiver in LSU’s class behind Smith. At 6 feet and 170 pounds, he sees himself as a deep threat who can occasionally win jump balls. He will enroll next summer.

“I just want to be the best player I can be and bring everything I have to the table,” Hilton said.

Hilton committed to LSU in early July after wide receiver coach Mickey Joseph convinced him during a Zoom call the offense fit his skill set. Joseph provided examples and explained LSU’s spread offense. He told Hilton he would likely play slot receiver and split outside, depending on the game and the opponent.

LSU added its fourth wide receiver of the day when four-star recruit Chris Hilton officially signed with the Tigers.

Hilton envisioned himself in the offense and understood playing at LSU meant his parents could easily watch his career. They felt excited about LSU's young talent. Hilton decided to sign in February, giving him time to decompress after football season.

The recent allegations that LSU has mishandled sexual assault cases, which included some former football players, also made the family want to wait until February. Hilton Jr. said he “wanted to make sure everything was good before I made my decision.”

“We kind of had some reservations there, so we were going to wait until February to sign to see how all that was going to play out,” Chris Hilton Sr. said. “Talking to the coaches, talking to coach Mickey Joseph and coach (Ed) Orgeron, everything was going to be to our satisfaction. We felt comfortable going ahead and making a decision today.

“I don't want to get into the particulars, but we had good, positive conversations with them. The questions I asked, they were able to answer.”

Alabama has flipped its second recruit from LSU.

Their concerns eased, Hilton moved up his signing date, announcing the day before he would sign Wednesday afternoon instead of in February.

Hilton participated in a small ceremony inside the athletic building at Zachary High with his close family members, the numbers restricted by coronavirus limitations. He felt nervous before he signed his national letter of intent, realizing the magnitude of a moment he dreamed about since childhood.

“As the time came, I signed the papers and sat back with a sigh of relief,” Hilton said, “because I'm officially a Tiger now.”