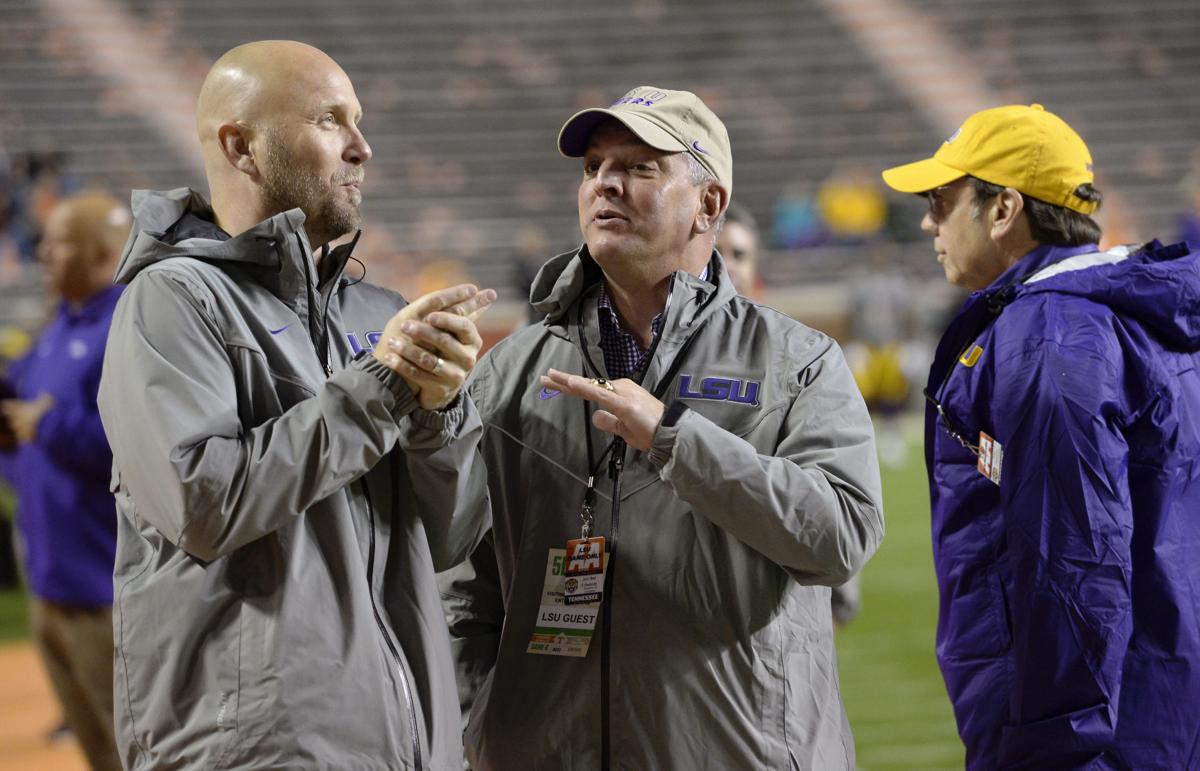 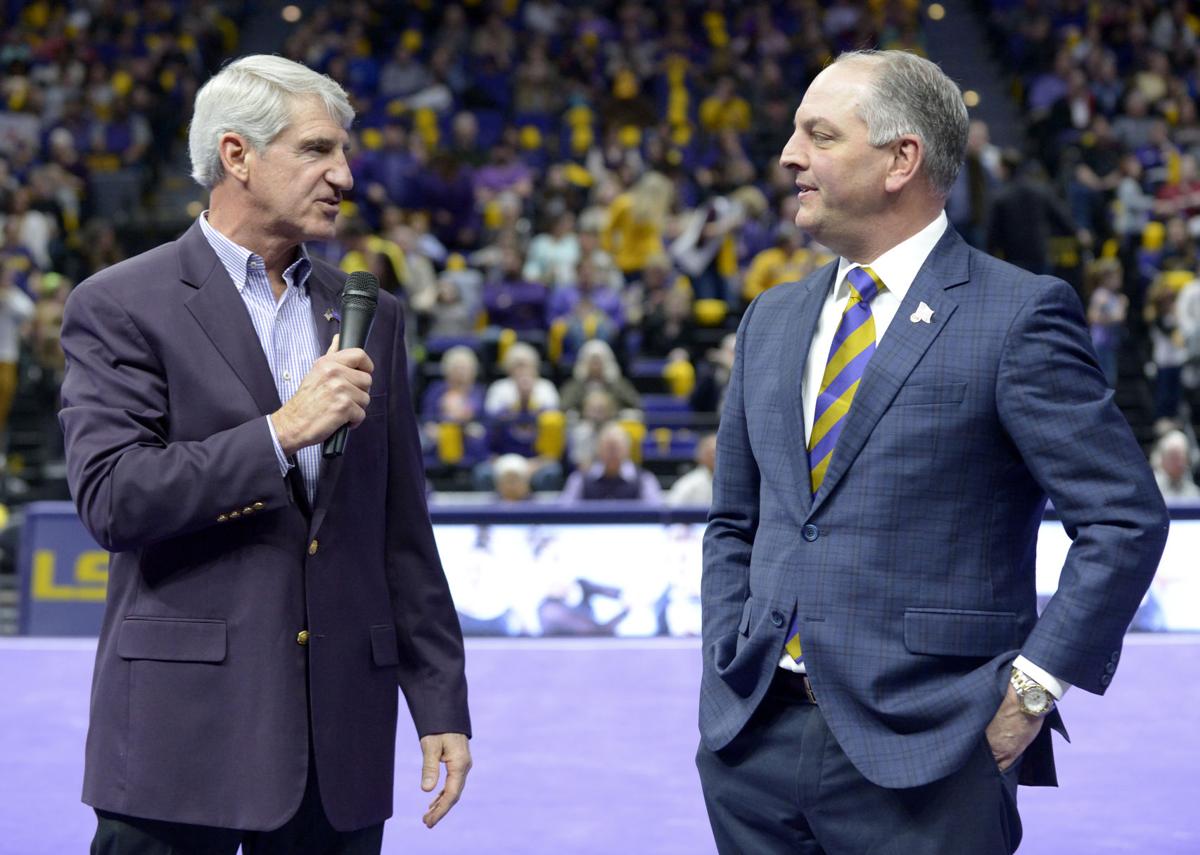 Louisiana Gov. John Bel Edwards believes that multimillion- dollar college football coaching salaries are “obscene” and a cap to limit them should be in place.

Edwards, during a meeting with The Advocate editorial board last week, expressed his concern over escalating staff salaries that have “gotten out of control.” Louisiana's flagship college football program, LSU, is one of the country’s leaders in football staff spending.

In addition to the 2017’s staff price tag of $9.4 million, the university is paying four staff members who are no longer employed at the school, including a remaining buyout of about $7 million to former coach Les Miles.

The money is generated by the athletic department through private funds, rather than state funds.

“I am concerned. I’m not as concerned as I would be if those were tax dollars being spent,” Edwards said. “I do think that there has to be some look nationally at some sort of salary caps for the organizations. This is an arms race, and it’s gotten out of control. Some of the salaries and buyouts are obscene, and they can create all sorts of problems.

“Everybody at this table knows that those are not taxpayer dollars, but the general public doesn’t necessarily know that,” Edwards continued, referencing the Advocate reporters and editors in the meeting. “And what about those faculty members at LSU and elsewhere who haven’t had a raise of any size in many, many years and they’re seeing what’s happening in athletics?”

Edwards is an avid supporter of LSU and the Tigers football program. He flew with the team to a game against Tennessee earlier this season, and he participated in an LSU bowl practice in December. The school distributed photos of him throwing passes to players.

On the record: former LSU WR DJ Chark on the 2018 Tigers under a new OC, Matt Canada’s tenure and LSU’s future return man

In a most recent survey published in December, USA Today found 78 football coaches and 41 men's basketball coaches making $1 million or more, topped by Nick Saban's $11.1 million salary at Alabama. Schools are on the hook for at least $70 million in buyout cash after making coaching moves in 2017, according to USA Today.

The rise of coaching salaries has been swift, and it starts at the top. In 2012, the average major college head football coach made $1.64 million. That number, in five years, has now more than doubled to $3.68 million.

The Tigers are just keeping up with the trend, and they led all schools last year in coordinator pay. They doled out a combined $3.3 million to defensive coordinator Dave Aranda and former offensive coordinator Matt Canada. That’s $800,000 more than the next schools, Clemson and Alabama.

The school mutually split with Canada one year into a three-year contract, agreeing to pay him a buyout of $1.7 million. To combat serious pursuit from Texas A&M, LSU gave Aranda a new, four-year contract worth $2.5 million annually, making him the first coordinator nationally to break the $2 million barrier. Aranda's new average salary is more than about 85 FBS head coaches and is $800,000 more than the next-highest paid assistant in 2017, according to figures from USA Today.

LSU is one of the few college athletic programs that isn't subsidized by the state, but athletics staff are still classified as state employees.

Alexander has in the past expressed his concern over skyrocketing coaching salaries, jesting in 2016 that he’d like to put a cap on the salaries “before we’re paying a million a year to a punting coach.”

Earlier this month, Southeastern Conference commissioner Greg Sankey said he believed there is a ceiling for coaching salaries, but he’s unsure of where that lies.

“I saw the other day where a statement was made — can’t remember who it was, but I think it was someone from the NCAA — that it may be time to look at imposing limits on what the entire staff can be paid. Otherwise, you’re going to have the haves and have-nots and so forth. It’s a real problem,” Edwards said. “I don’t blame any individual for getting what the market will bear. I just don’t think the market should bear that.”

Edwards, who earned his law degree at LSU, has enjoyed a tight relationship with the team since taking office in 2016. A former high school quarterback at Amite, he took in an LSU practice in December, throwing passes to receivers like DJ Chark, Russell Gage and others.

“I suspect there’s kid in all of us, but there’s a lot of kid left in me,” he said. “To go out there at LSU practice and throw the football, that was pretty fun.”

Edwards' trip to Tennessee with the football team in November was set up by the team, he said. His staff was contacted by someone before the season asking if he’d like to travel to a certain game on the 2017 schedule. The Tigers played five true road games.

“I looked at the calendar and tried to see what might work. I always liked Tennessee,” said Edwards, a West Point graduate. “Had such a great experience there in 1986. Army went to Tennessee and beat Tennessee. It was the only game I traveled to to watch Army play other than the Army-Navy game. I kind of circled it.”

LSU officially announced the hiring of former running back Kevin Faulk as the director of player development.