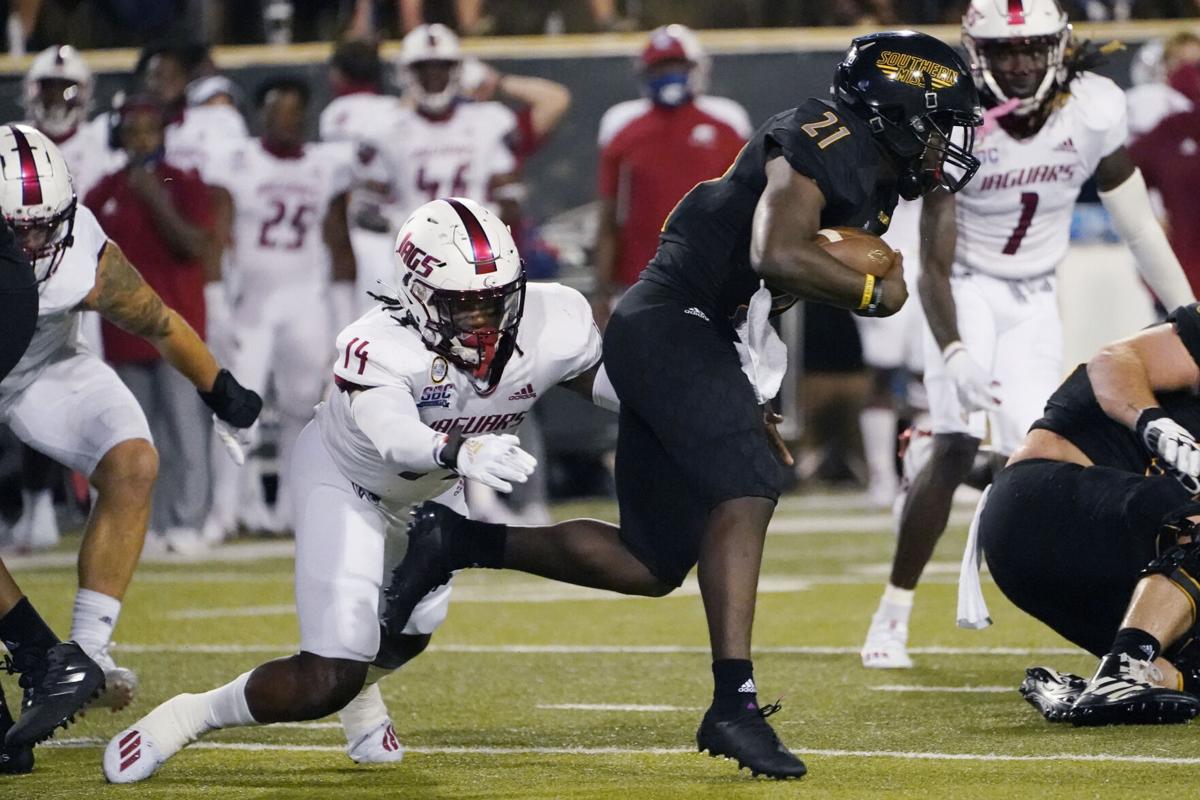 Southern Miss running back Frank Gore Jr. gets away from South Alabama linebacker Roy Yancey during the first half of their game Thursday in Hattiesburg, Miss. 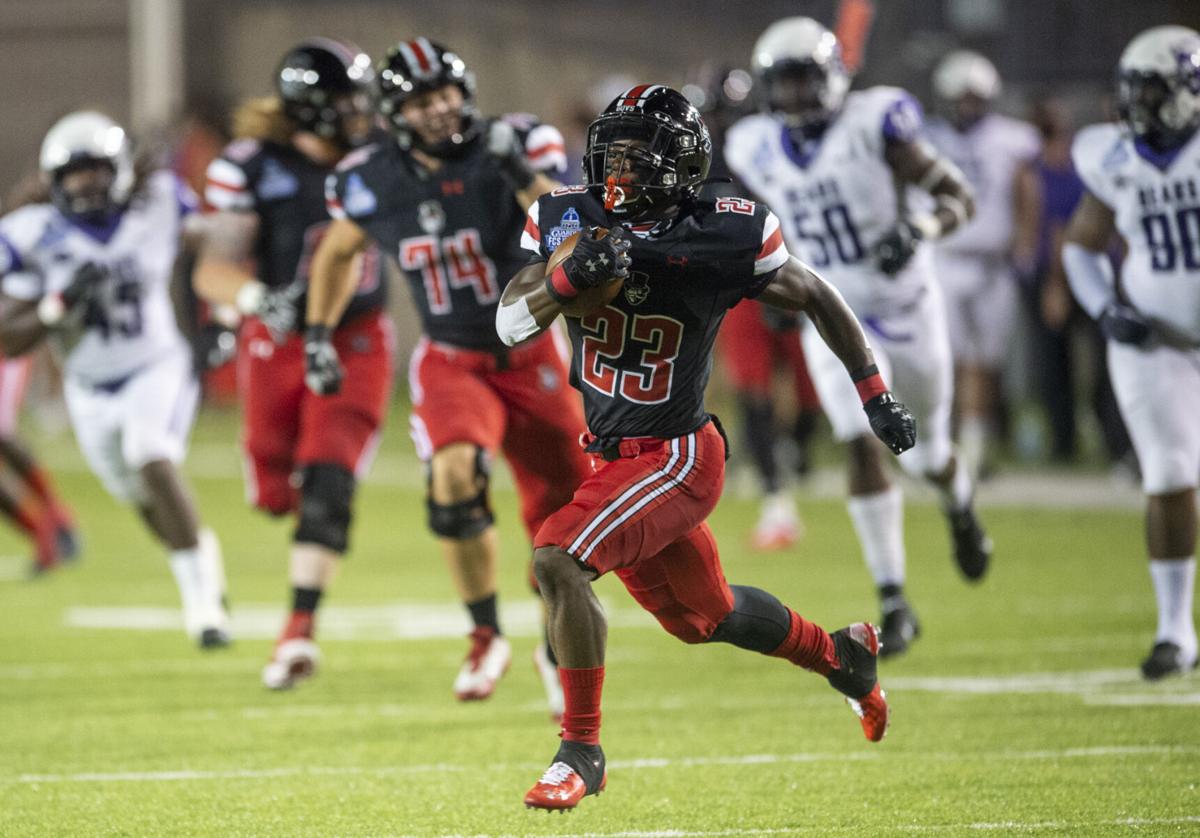 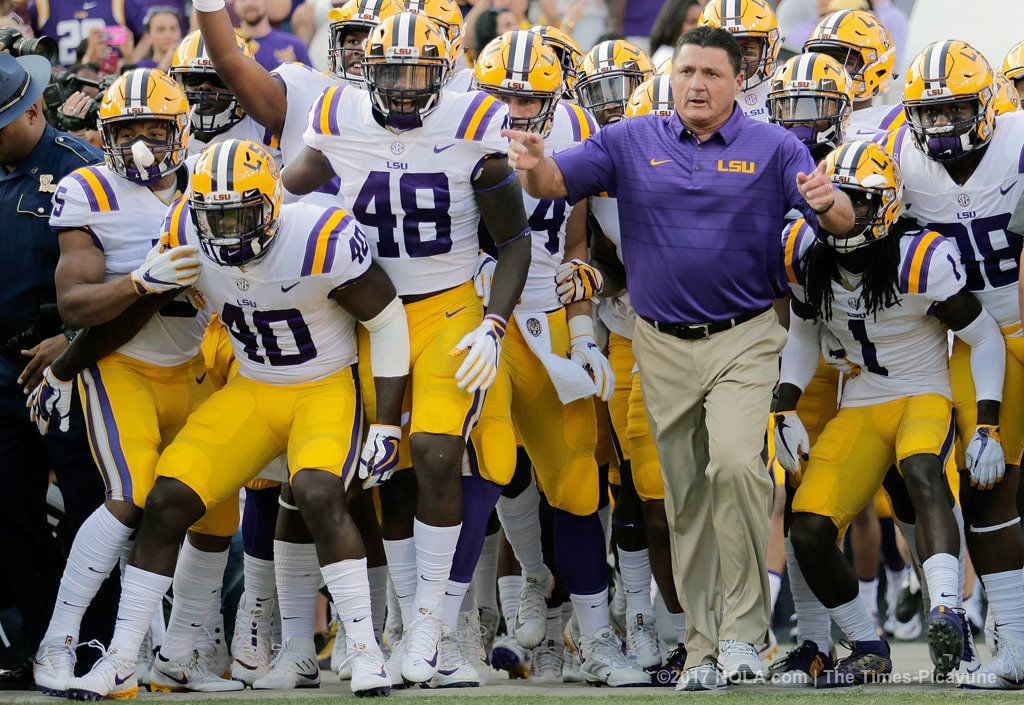 LSU coach Ed Orgeron and his team run onto the field to take on Chattanooga on Saturday, September 9, 2017 in Tiger Stadium. 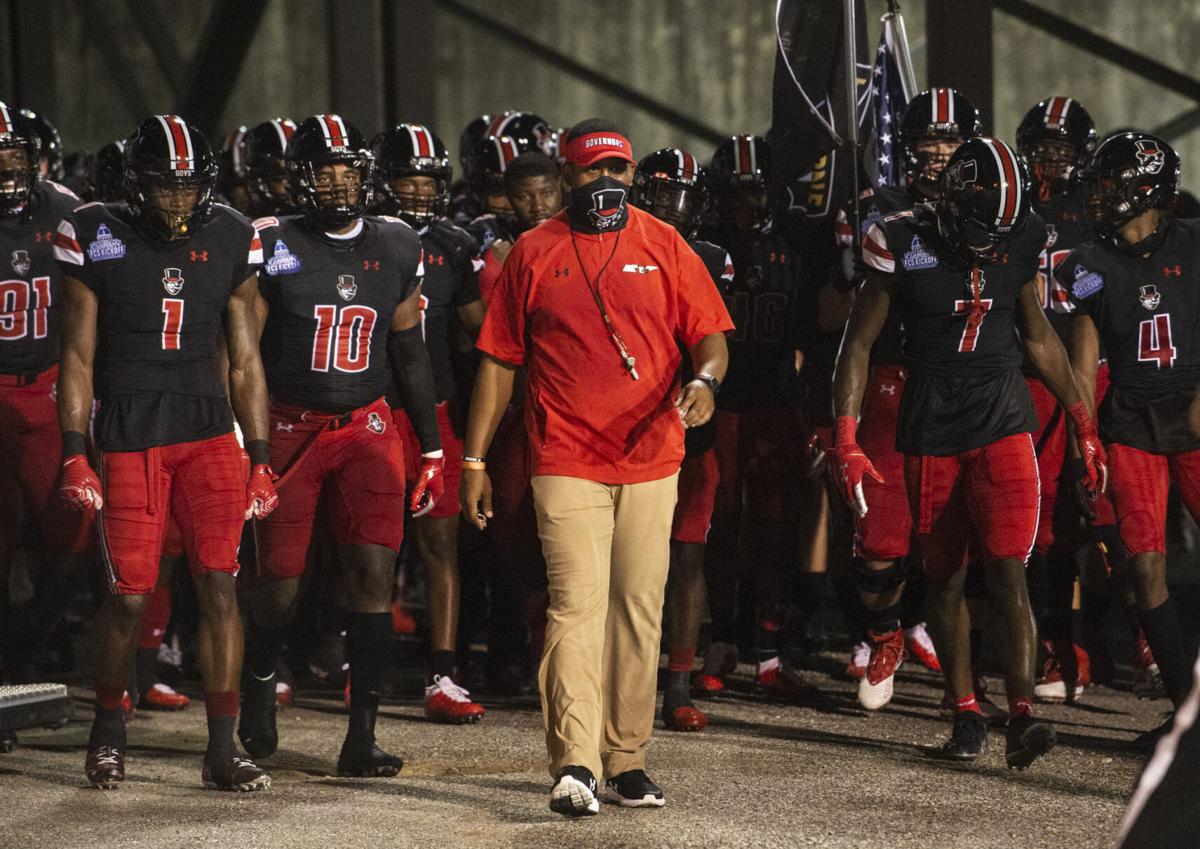 Austin Peay interim coach Marquase Lovings leads his team onto the field for their game against Central Arkansas on Aug. 29 in Montgomery, Ala.

Southern Miss running back Frank Gore Jr. gets away from South Alabama linebacker Roy Yancey during the first half of their game Thursday in Hattiesburg, Miss.

LSU coach Ed Orgeron and his team run onto the field to take on Chattanooga on Saturday, September 9, 2017 in Tiger Stadium.

Austin Peay interim coach Marquase Lovings leads his team onto the field for their game against Central Arkansas on Aug. 29 in Montgomery, Ala.

So, OK, your tailgate party with friends is now a party of one, with your tail parked in the comfy spot on the couch.

Instead of flying the team flag you were excited to get for Christmas, you were surprised how jazzed you were to find your team’s logo on a face mask.

And your six-pack of beer has been replaced by a six pack ... of hand sanitizer.

At least you don’t have to worry whether you have enough ice.

The coronavirus pandemic has become the ultimate party crasher of our lives — but somehow, when it comes to college football, the games go on. Not like we would want it. Not how we ever could have imagined it. Not everywhere, to be sure.

But we have finally seen foot meet ball and shoulder meet pad, and it has been redemptive. Glorious. Nostalgic. That old song from “The Fantasticks” that gets you right … here.

Try to remember, the kind of September …

It’s like flipping through the channels or searching your streaming service (hey, 2020 isn’t 100% bad) and finding that movie you once enjoyed but haven’t seen for eons. It gives you a warm sense of well-being somewhere down deep, transporting you to a time when the world seemed a lot less foreboding than it does now. Forgetting for a moment that whenever you set your personal wayback machine, there was probably something ominous about then, too.

Strange have been the twists and turns of our coronavirus-coated world. There has been death and tragedy on a war-like scale, truly and sadly enough. But the virus has made us appreciate things in a way we thought we’d gotten too far ahead of ourselves remember. Family. Friends. A good book. A walk at sunset. The occasional meteor shower.

It strikes me as funny that the version of the sport that has been locked in the biggest, shouting-est debate about whether it should be played is the version that ran under the goal posts first. The NFL scrubbed away its entire preseason schedule (again, 2020 hasn’t been 100% bad) and won’t start until Thursday.

High schools in Louisiana have finally hammered out an October start date.

But college football is what now fills our otherwise football-less void.

The other funny thing is how we've devoured games we might not have given a second look to before — or perhaps won’t after all this as well. Central Arkansas and Austin Peay? Well, yeah, we watched, and were rewarded, watching a Peay player named C.J. Evans Jr. take the season’s first snap and gallop 75 yards for a touchdown.

This Labor Day weekend schedule is uncommonly light for this time of year — just six games Saturday — but in the name of Amos Alonzo Stagg, it is a schedule: Eastern Kentucky at Marshall, Middle Tennessee at Army, SMU at Texas State, Houston Baptist at North Texas, Arkansas State at Memphis and Stephen F. Austin at UTEP.

Monday night, Labor Day, brings BYU at Navy, perhaps the first game to which you would have said, “Yeah, I would have watched that anyway.”

There’s going to be a “College GameDay” show at 10 a.m. Saturday, with host Rece Davis orchestrating from the ESPN studios in Bristol, Connecticut (I wonder if Drew Brees’ Mardi Gras float is still stuck at the security gate), and the rest of the crew scattered across the map at remote locations. They’re even going to do a reveal of where next week’s show will be.

The smart money is on No. 1 Clemson at Wake Forest or Duke at Notre Dame. Personally, I’m pulling for Coastal Carolina at Kansas so we can see how many shades darker Les Miles’ hair is now compared to when he arrived at LSU 15 years ago.

When LSU opened at No. 5 and 6 in the preseason coaches’ and Associated Press polls, that seemed about what was expected. The previous season’…

As Sean Payton prefaces just about every answer: Look, we have no idea how long this deal is going to last, or if it can — especially if rising COVID-19 cases on college campuses start seeping into football team cocoons. There will be no fans or few fans in the stands for any game, at least for the foreseeable future. It is hardly normal.

But the game — this mad, flawed, frenzied, college game — normalizes us on some basic level with its return.

In 2020, we’ll take what we can get. And what we've already gotten is a reminder of how in love we are with college football.

LSU safety JaCoby Stevens uses his voice to push for change: 'He believes in humanity'

JaCoby Stevens feels unsatisfied with the status quo, so he has tried to change it by improving the community around him.